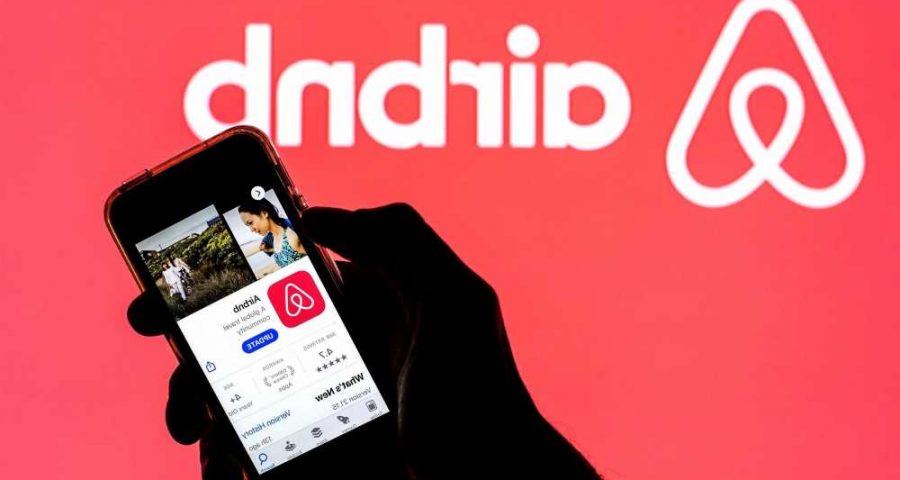 Prince Harry's proclamations on mental health only expose his hypocrisy

Chances are you likely missed a terrifying and timely exposé this week on Airbnb. That would be no accident.

After all, if a global tech giant can’t successfully scrub the Internet of most traces to said exposé — replacing such damaging publicity with the sudden launch of a $25 million refugee fund, fed straight to People magazine on Friday, hey, they’re just here to help! — such a company wouldn’t exist in the first place.

“Airbnb’s Nightmare,” this week’s cover story in Bloomberg Businessweek, details the inner workings of the company’s secret global crisis team — deployed for years to cover up murders, rapes, shootings, at least one crime against a child and other unspeakable acts to the tune of $50 million annually, in payouts and non-disclosure agreements.

It’s a department known as “The Black Box.”

Former Black Box employees who have dealt with victimized Airbnb users — the first mandate, they tell Bloomberg, is to keep such reports from ever hitting the news, let alone the courts, lest the company’s $90 billion market value be impacted — say the work leaves them traumatized.

“I had situations where I had to get off the phone and cry,” said one ex-employee. “That’s all you can do.”

Take the case of an Australian woman, then 29, staying in a highly popular Airbnb rental in New York City, a first-floor apartment on West 37th Street. It was 2015. She and her friends had arrived for New Year’s Eve celebrations.

They picked up their keys to the Airbnb at a local bodega. That simple: No questions asked, no IDs taken.

After the ball dropped, the woman left her friends at a bar and went back to the rental.

Hiding inside, in the dark, was a man with a knife. He allegedly raped her.

When the police arrested him hours later, guess what they found on his person?

A set of keys to that same Airbnb rental. How he got them remains unclear, but as any New Yorker knows, all it takes is a trip to the hardware store and $2 to copy almost any key.

Sure, Airbnb could mandate, or even encourage most hosts to have digital keypads, to change the code after each rental, for everyone’s safety and security.

But profit margins, you see.

The morning after this 29-year-old woman was raped, Airbnb’s crisis manager Nick Shapiro — once deputy chief of staff at CIA and former National Security Adviser to President Obama — got a call.

Shapiro told Bloomberg that learning of the rape “brought me back to feelings of confronting truly horrific matters at Langley and in the situation room at the White House.”

Within hours, Airbnb moved this young woman to a hotel, flew in her mother, then flew them both back home to Australia, promising to cover any trauma-related costs. Within days, the company was scouring court documents to see if Airbnb was mentioned.

Somehow, the story never made news. Two years later, Airbnb paid the woman $7 million in exchange for her silence.

For all the constant talk in D.C. of breaking up Big Tech — which we all know will never happen —  why won’t the federal government shoot a little lower? How can it be legal, or at least not illegal, for an American company such as Airbnb to actively conceal felonies?

Bloomberg reports that less than 0.1% of stays, out of more than an annual 200 million, have a troublesome outcome. But that is according to Airbnb itself, and that’s still 200,000 complaints per year.

Consider superstar investor Chris Sacca’s response when invited to join as an early investor: “Guys,” he said, “this is super-dangerous. Somebody’s going to get raped or murdered, and the blood is going to be on your hands.”

It goes on: Bloomberg’s Olivia Carville writes of a 2011 attack in which a Barcelona host lured two American women to his home and raped them. A police search uncovered hundreds of pictures of other rape victims.

A serial rapist, active on Airbnb. He got 12 years in prison. The women got an undisclosed amount from Airbnb.

Make no mistake: This company has made the internal calculation that spending $50 million a year to shut victims up is cheaper than making things right.

“The money cannon,” one former safety agent calls it.

Guests cowering in closets while assailants try to sniff them out; crews dispatched to clean up blood and other bodily fluids, patch up bullet holes, or soothe the poor soul who stumbles upon dismembered human body parts — such are the horror stories common to Black Box staffers.

Airbnb went public last December. Its stock opened at $146 per share, making it the biggest tech IPO of our pandemic year. With more global listings than the top five hotel brands put together, Airbnb now has more dominance than it does responsibility or culpability.

Who will dare challenge that?