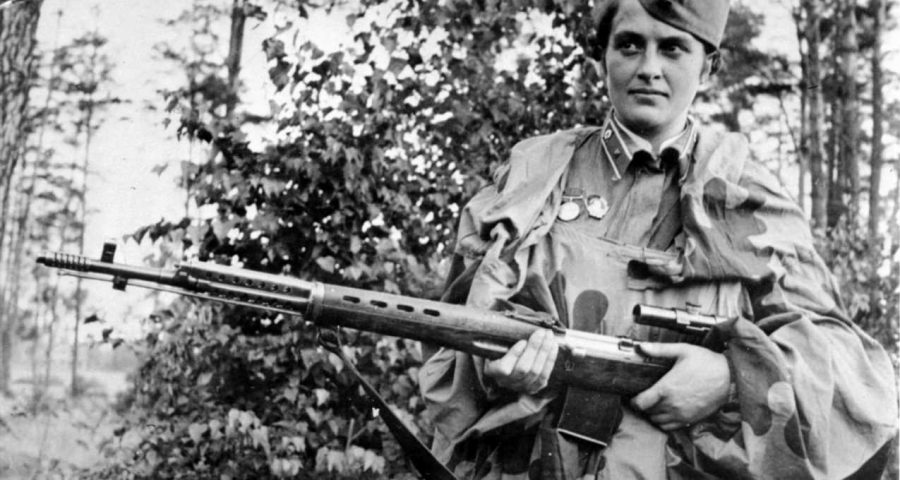 AS GERMAN troops poured into the Soviet Union in the midst of World War 2, Lyudmila Pavlichenko rushed to join the Red Army.

Out-of-touch recruiters found the prospect of a 24-year-old woman joining the ranks nothing more than a joke – and suggested she give up to become a nurse. 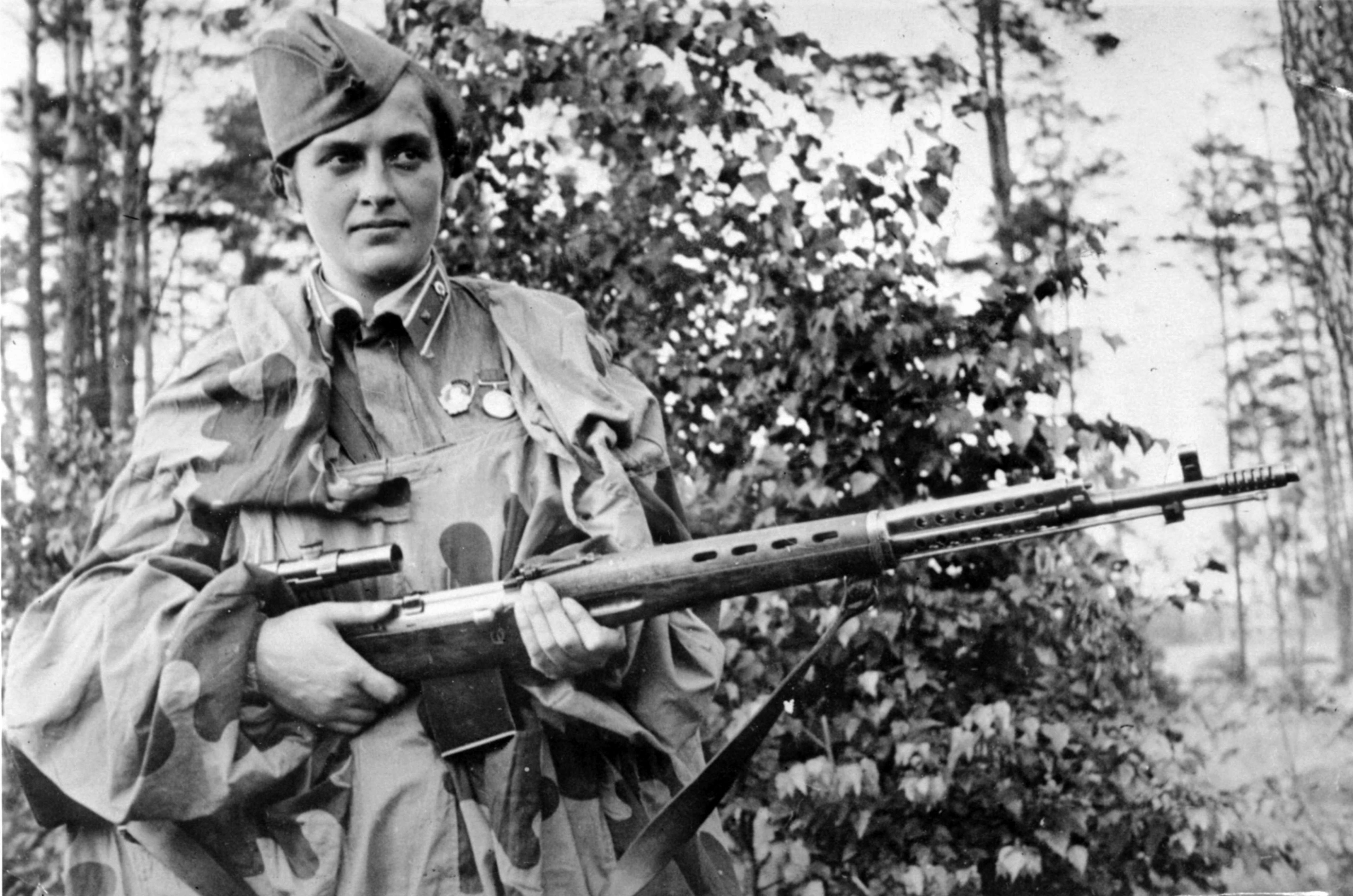 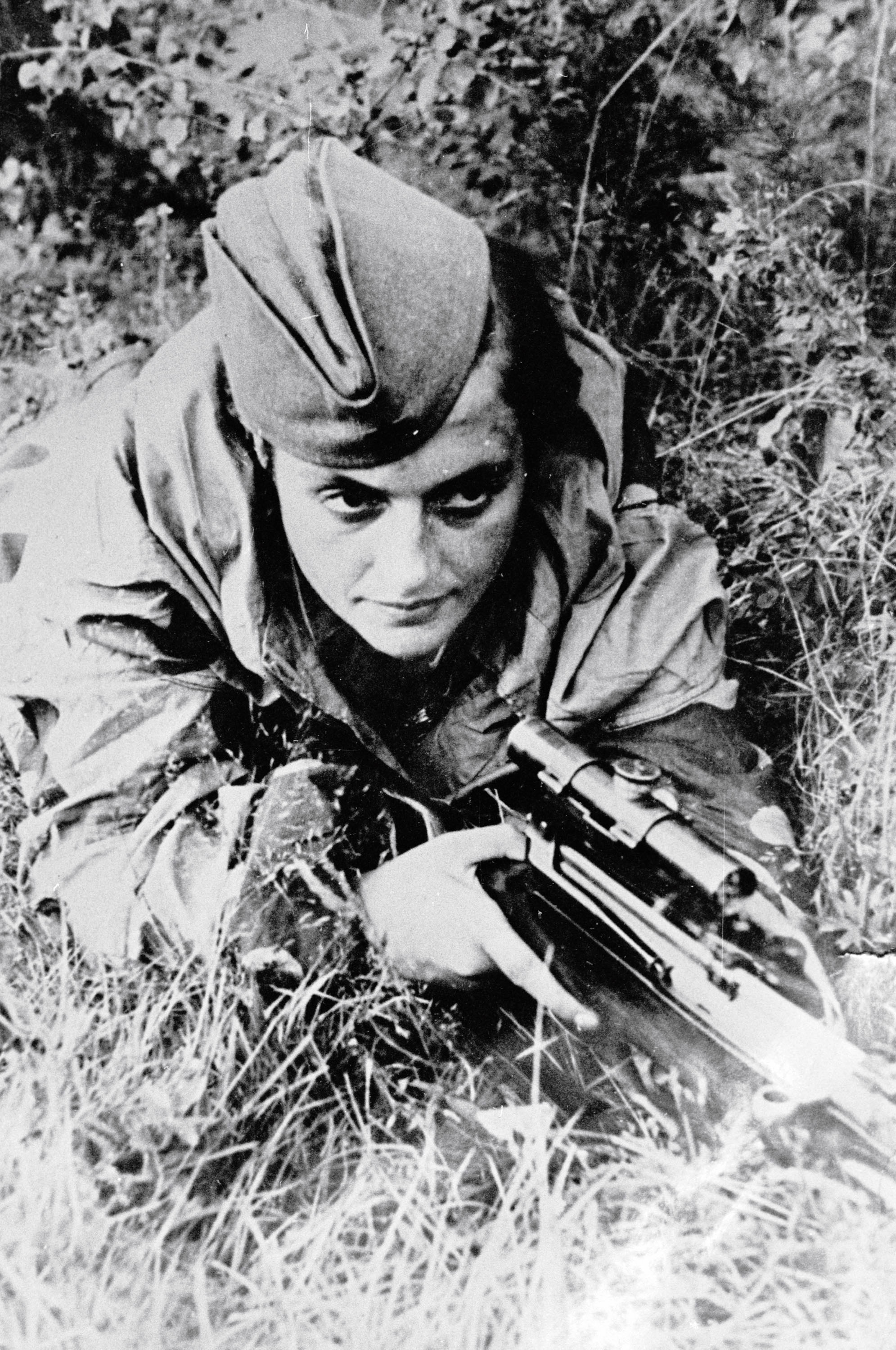 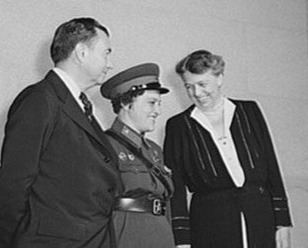 But within a year Pavlichenko had the last laugh when she was hailed with the nickname "Lady Death".

The marksman became the most successful female sniper in history, even earning herself an unprecedented trip to the White House – being the first Soviet citizen to be received by a US President on this day 79 years ago.

She clocked up 309 kills and is claimed to have never lost a sniper duel during her years of service – always getting her man.

Back in 1941, Ukrainian-born Pavlichenko was studying history at Kyiv University when news came that Hitler had severed ties with Joseph Stalin.

She immediately attempted to join the army in a bid to defend her country – but was turned away because of her gender and urged to instead become a nurse.

"The recruitment officer eyed her in amazement," Soviet Military Awards wrote of the encounter.

"She looked like a model, with well-manicured nails, fashionable clothes, and hairstyle.

"Pavlichenko told the recruiter that she wanted to carry a rifle and fight. The man just laughed and asked her if she knew anything about rifles."

Despite pulling out her marksmanship certificate to prove her shooting competency, she was still not accepted.

"They wouldn’t take girls in the army, so I had to resort to all kinds of tricks to get in," Pavlichenko recalled, reports Smithsonian.

Wanting her to show she was as skilled with a rifle as she made out, a Red Army unit held an impromptu trial at a hill they were defending and handed her a gun.

She picked off two Romanians working with the Germans pointed out to her with ease and was immediately enlisted in the 25th Capayec Rifle Division.

Pavlichenko wasted no time in proving herself as a formidable sniper, gunning down 187 Nazis with her first 75 days at war.

With her unrivalled success and escalating reputation came more treacherous missions, and after recording 187 kills in Odessa alone, she was moved to Crimea to fight in the battle of Sevastopol.

The young officer was assigned the riskiest assignments of all, countersniping – which saw her face off with enemy snipers one on one.

But Pavlichenko's skills did not fail her, and she was victorious in every duel she took on, some of which could last a whole day and night – killing 36 opponents in such matches. 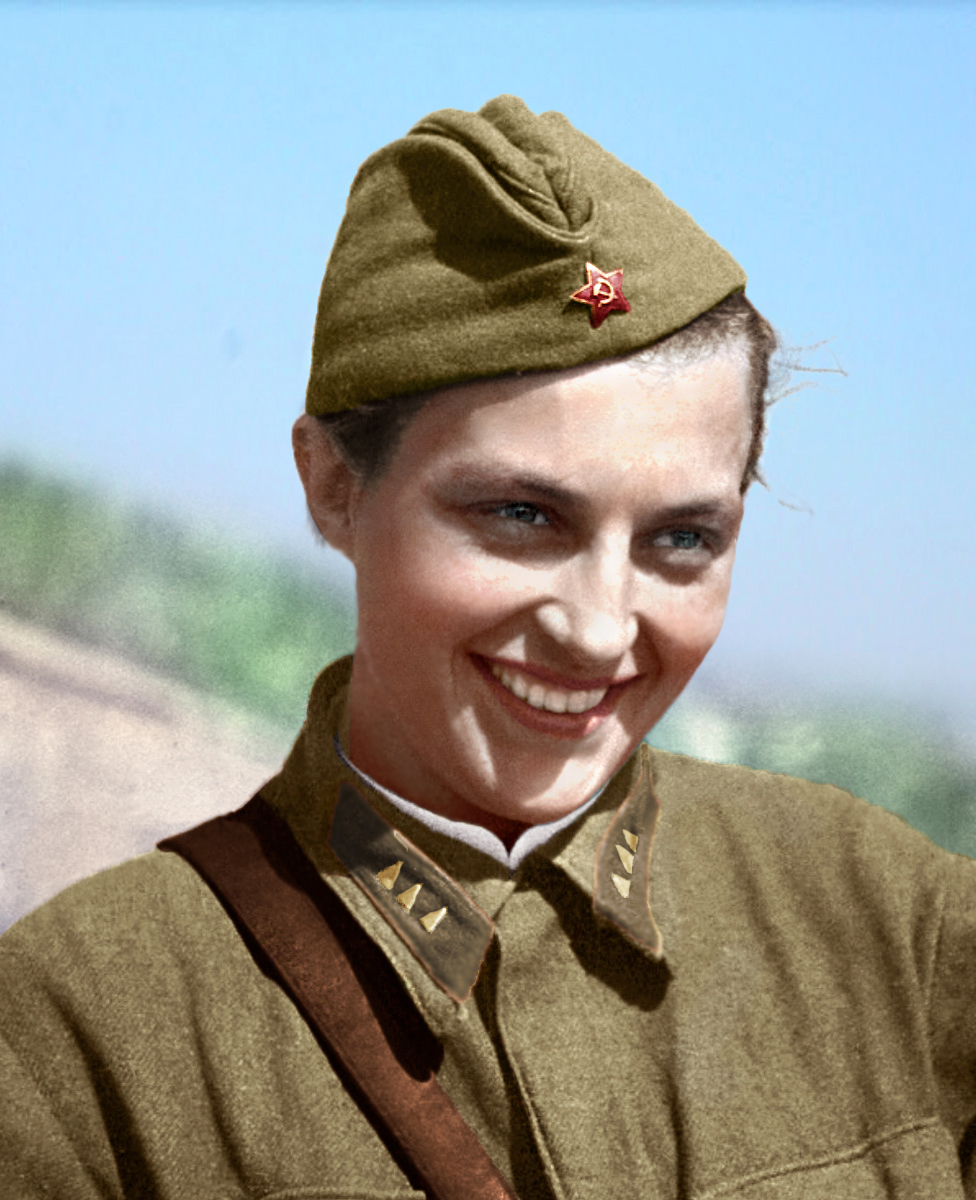 Her astonishing capability did not go unnoticed by the Germans, who even attempted to bribe the sniper by blaring messages over radio loudspeakers – offering her "plenty of chocolate" and the position of officer.

Pavlichenko was wounded four times but – after being promoted to lieutenant – was pulled from combat after she took shrapnel to the face during a bombing.

But Pavlichenko's remarkable tale didn't end there, and just two months after leaving Sevastapol and recovering in hospital she found herself on US turf.

Arriving in Washington DC in July 1942 on behalf of the Soviet High Command to drum up American support for a second front in Europe, the highly decorated sniper struck the curiosity of the media as she stood beside her translator, not knowing a word of English.

Incredibly, on August 27, 1942, Pavlichenko was invited to visit President Franklin Roosevelt – making her the first ever Soviet to be welcomed to the White House.

At the tender age of 25, the deadly sniper forged an unusual friendship with the First Lady, Eleanor Roosevelt, who requested she joined her on a tour of the country to speak of her experiences as a woman in battle.

But Pavlichenko became irritated with the blatant sexist nature of questions she fielded, with one reporter asking whether Russian women could wear makeup on the frontline.

She paused for a moment, before quipping: "There is no rule against it, but who has time to think of her shiny nose when a battle is going on?"

At the end of her tether from the press sniping at her, with one newspaper commenting "there isn’t much style to her olive-green uniform", she clapped back.

"I wear my uniform with honour,” she told Time magazine in 1942.

"It has the Order of Lenin on it. It has been covered with blood in battle.

Gentlemen. I am 25 years old and I have killed 309 fascist occupants by now. Don’t you think, gentlemen, that you have been hiding behind my back for too long?

"It is plain to see that with American women what is important is whether they wear silk underwear under their uniforms. What the uniform stands for, they have yet to learn."

By the time she and Eleanor Roosevelt reached Chicago, Pavlichenko stood firm in sidelining questions about whether she curled her hair and other "silly questions".

Standing before a large crowd, she said: "Gentlemen. I am 25 years old and I have killed 309 fascist occupants by now.

"Don’t you think, gentlemen, that you have been hiding behind my back for too long?"

Her words prompted a huge roar of support and cemented her as a propagandist for the Red Army.

Pavlichenko also toured Canada and the UK, before heading back to the Soviet Union to train snipers until the war ended in 1945.

She then returned to Kyiv University to finish her Master's Degree before embarking on a career as a historian, working as a research assistant at Soviet Navy headquarters until 1953 and later becoming active in the Soviet Committee of the Veterans of War.

In 1957, Pavlichenko once again came face to face with Eleanor Roosevelt in Moscow, while the former First Lady was visiting the Soviet Union.

Sadly, Pavlichenko suffered from depression following the death of her husband during the war, and she also battled with post-traumatic stress disorder and alcoholism.

On October 10, 1974, the sniping sensation died from a stroke at the age of 58 and was buried in Novodevichy Cemetery in Moscow.

With 309 kills under her belt – a number that is likely much higher as confirmed fatalitites had to be witnessed by a third party – Pavlichenko is to this day the world's most successful female sniper. 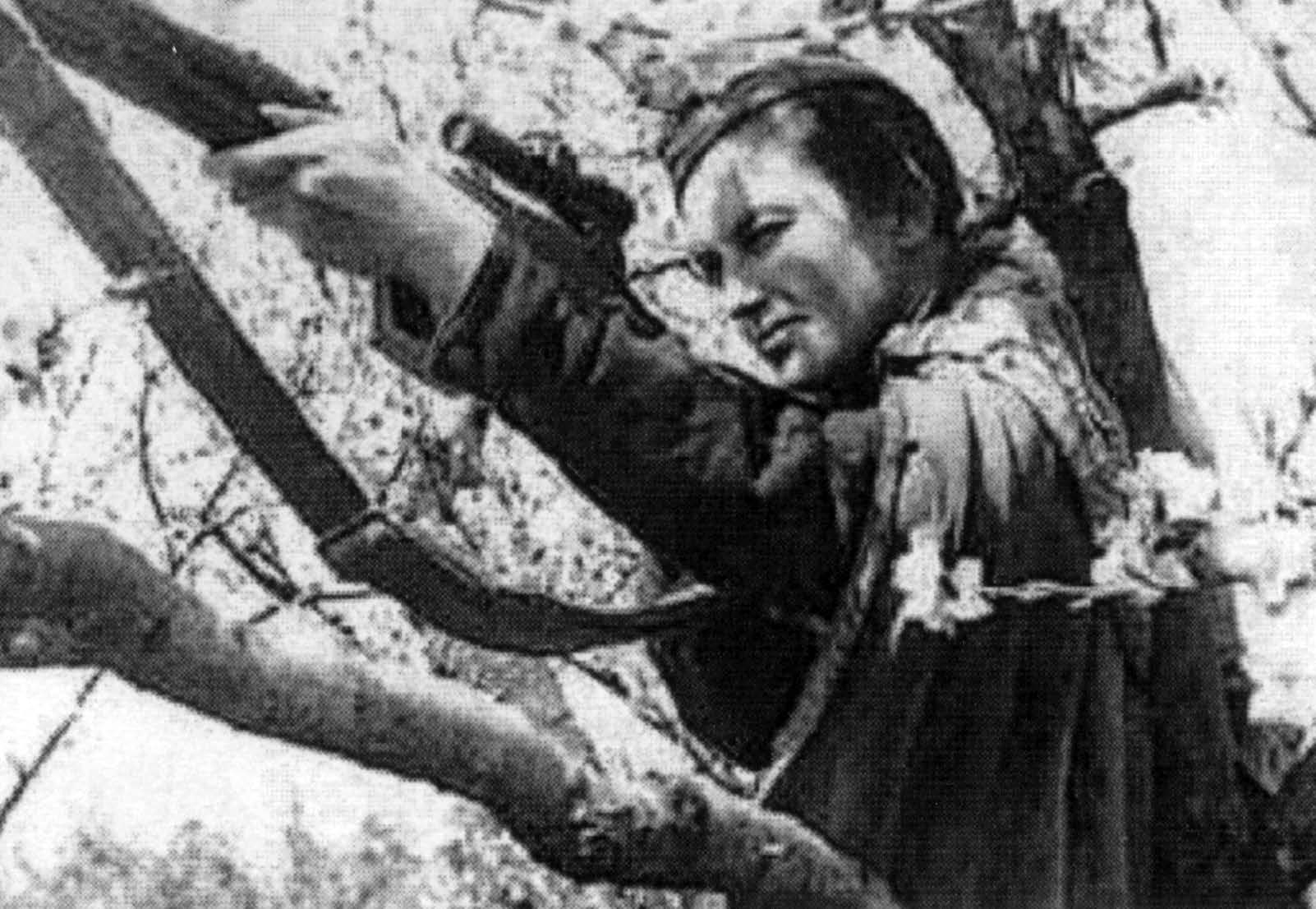 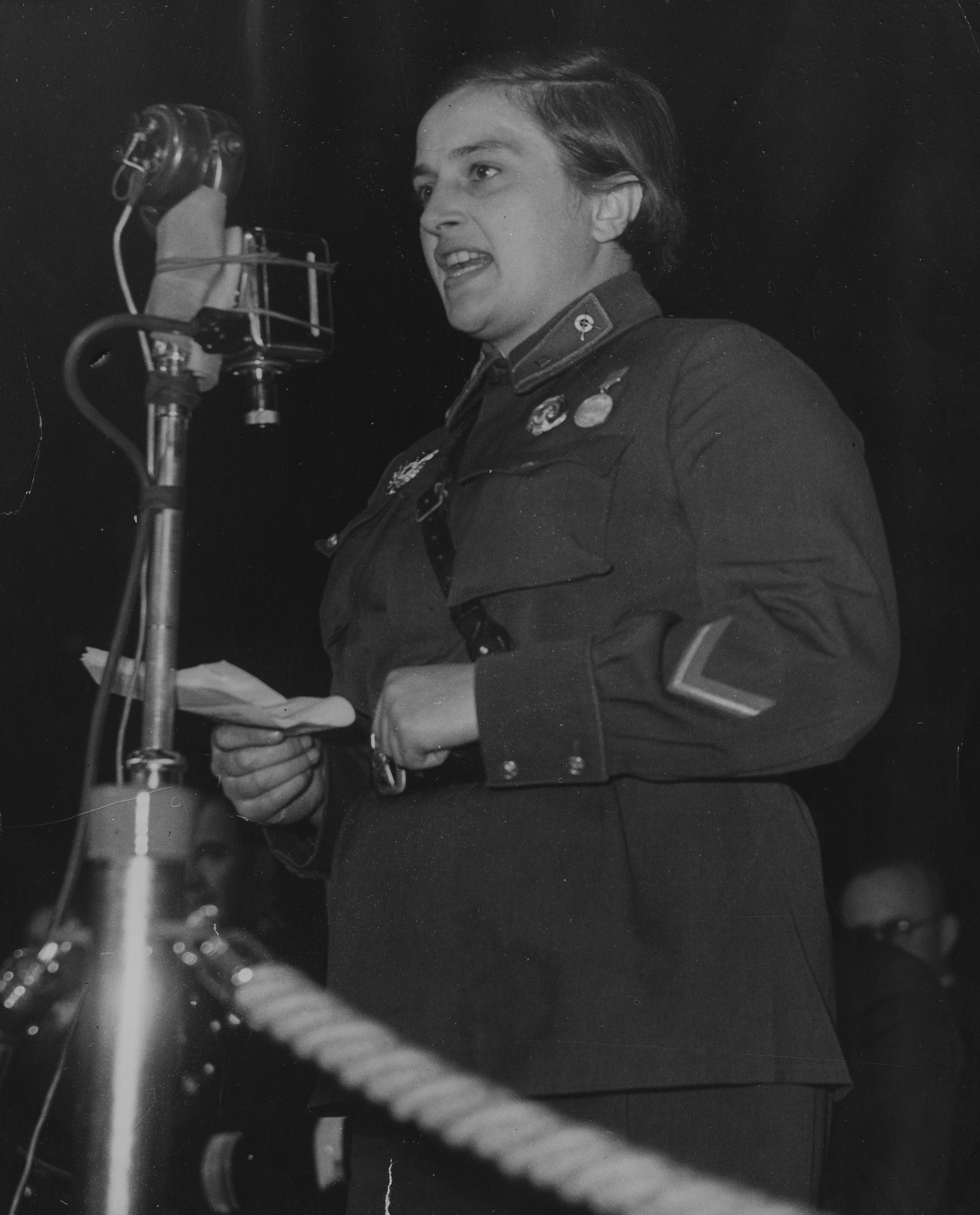