MANY men have had the argument that "mine is bigger than yours", but one lothario went the extra mile to win the row.

The jewel in Roberto Esquivel Cabrera's crown of having the world's biggest penis is tainted – as his competitors claim he cheated by STRETCHING his genitalia. 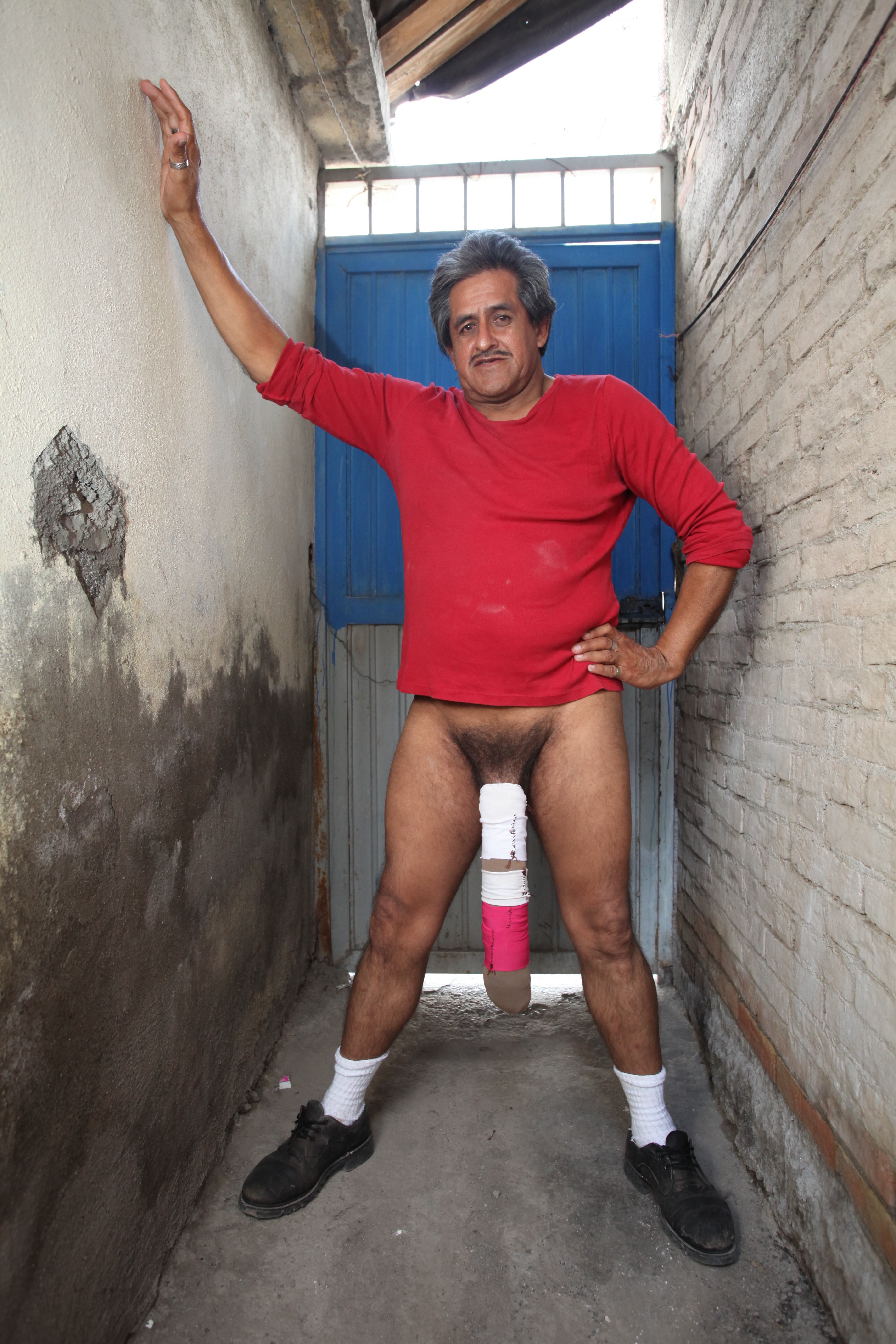 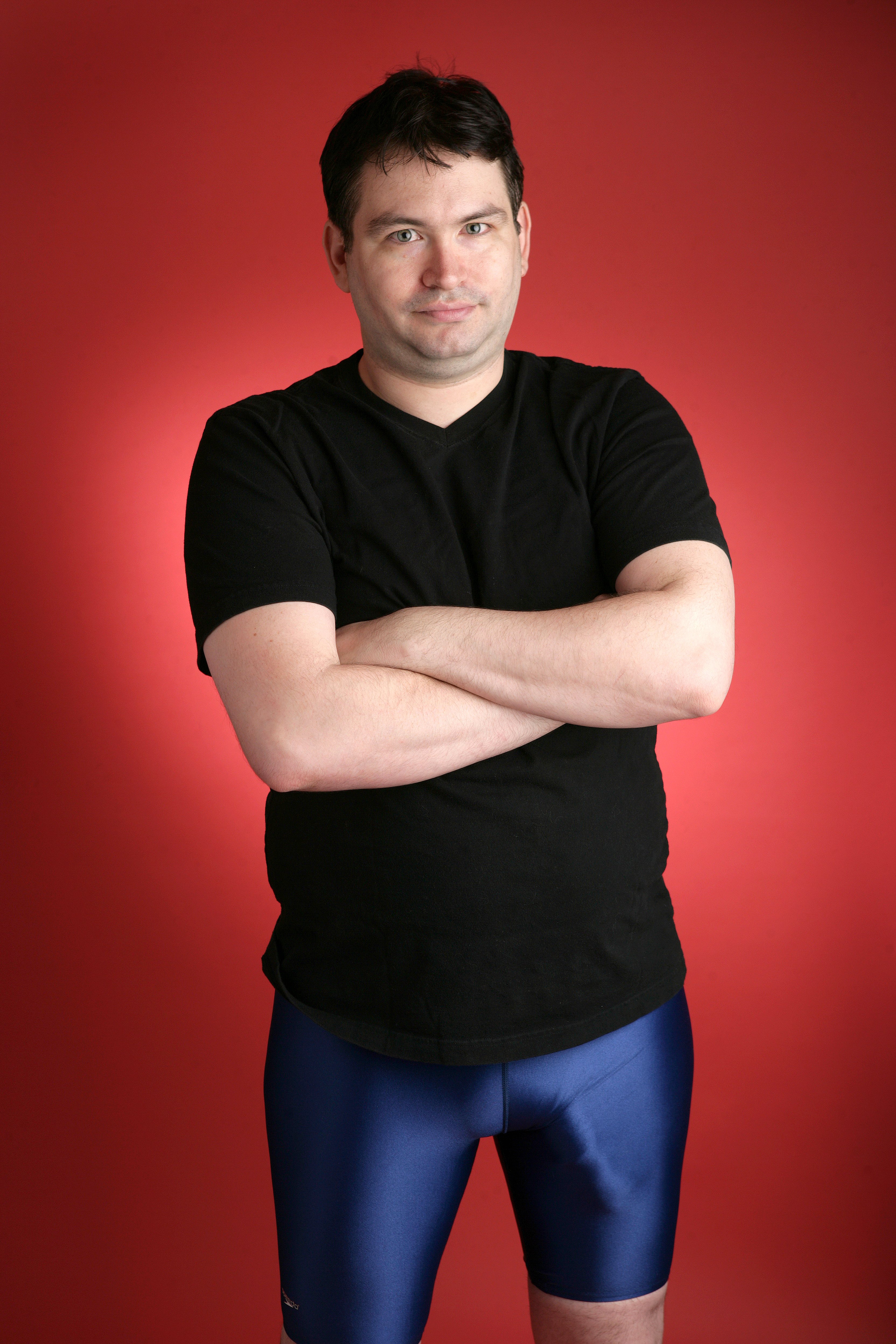 The 58-year-old from Saltillo, Mexico was embroiled in a bitter spat regarding his record-breaking appendage after runner-up Jonah Falcon branded him a fraud.

It was revealed that Roberto had been stretching his penis with weights since he was a teenager when he became "obsessed with the penis length".

His knee-knocking piece measures a whopping 18.9 inches long – but doctors who examined it suggest it is in fact only six inches.

Another medic who analysed his trouser snake, Dr Gonalez, explained Roberto had been "wrapping some bands around his penis with some weights and trying to stretch it."

This practice would place tension on his skin and resulted in small tears, which his body would then naturally repair.

These cuts promoted new cellular growth and eventually increased the size of his penis.

Despite the medical issues it has caused him and now being registered DISABLED due to his huge willy, Roberto seems to believe size does matter. 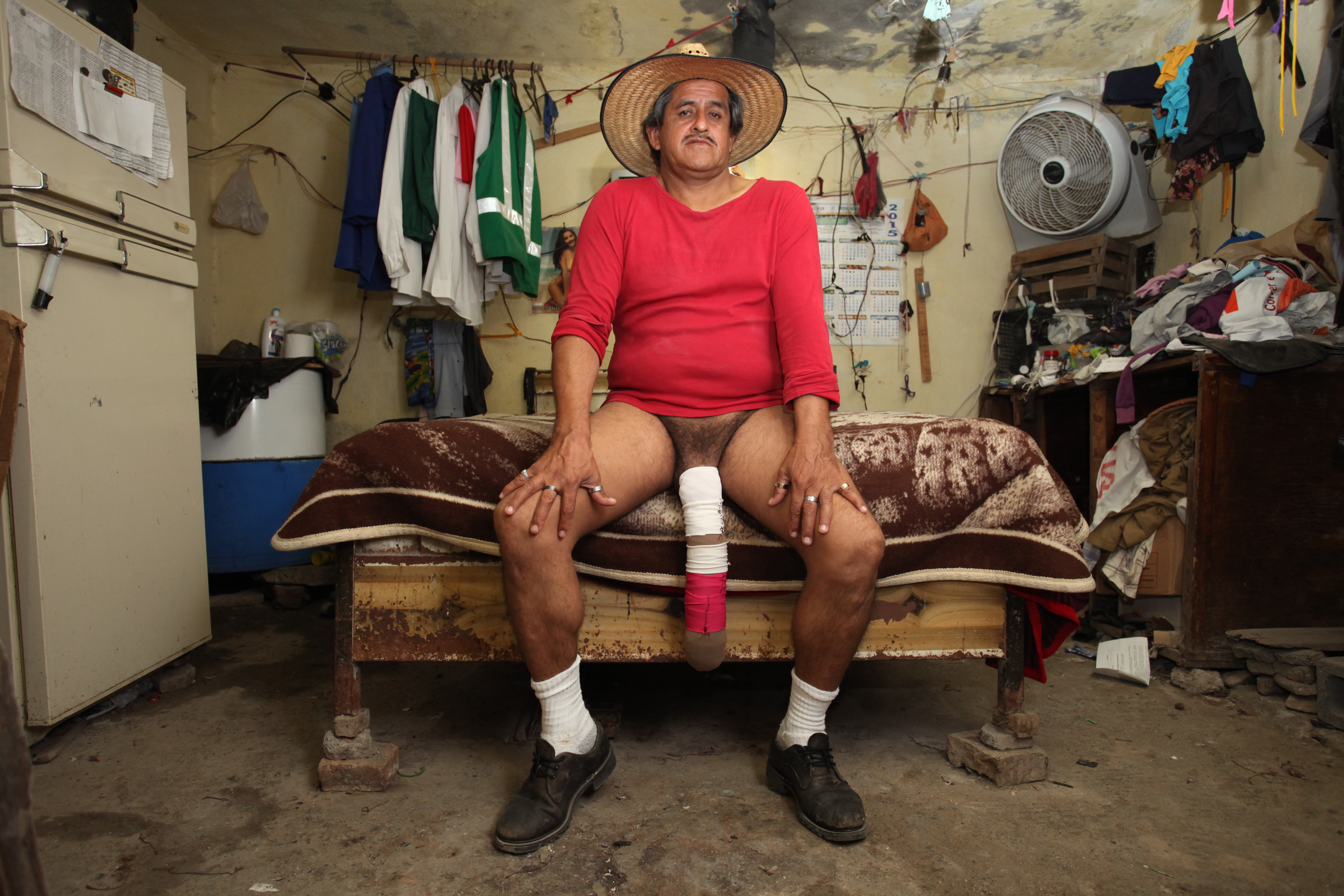 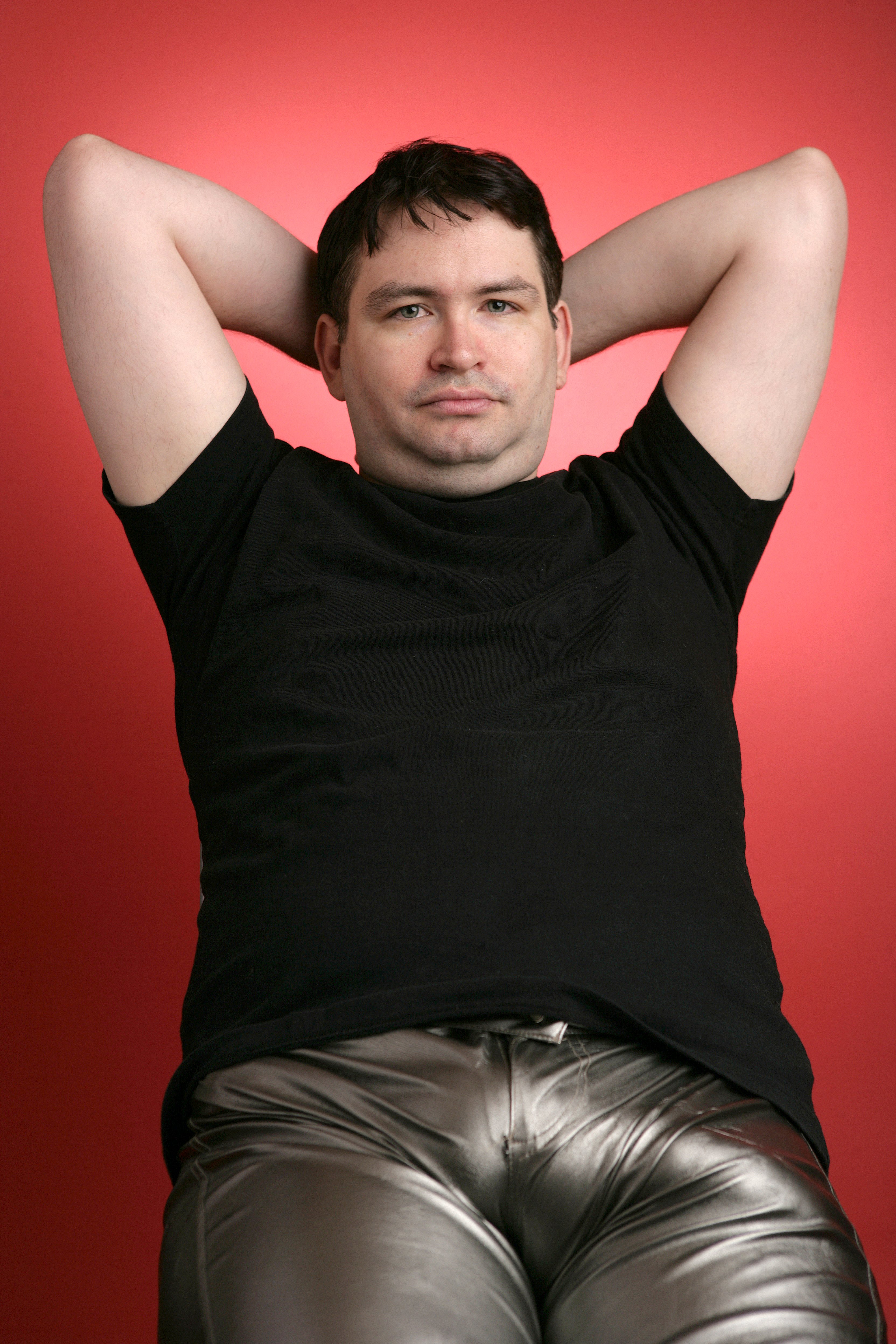 Roberto's love life is nonexistent due to women being terrified by his tackle – but he insists he is "happy" with his size and relishes at the fame his penis has brought him.

"I don’t feel sad because I know in the USA there is a lot of women. One of them will be the right size for me," he said.

But the 58-year-old's efforts to have a monstrous manhood don't sit well with everyone, as the man who was previously believed to have the world's largest penis slammed Roberto as "disgusting" and "desperate".

New Yorker Johan Falcon, 51, prides himself on the fact that his 13.5inch penis is "naturally" large.

He frankly told The Sun Online: "His penis isn't 19inches.

"Doctors have acknowledged this and said he could have a normal sex life if he is essentially circumcised.

If you can't use it, what good is it for?

"It (Roberto's story) has been going around for the past two-and-a-half years.

"The man stretched his foreskin constantly, from what I understand, but it's normal underneath.

"I think it's ridiculous and he seems kind of desperate. No matter how big he is, it's not going to change the fact that I'm 13.5inches."

The 51-year-old said he "didn't care" about Roberto's claims, adding: "I'm not competing with anybody, at least not directly. It's not going to change who I am and what I have and in my eyes, it's kind of pathetic."

Jonah found fame in 1999 after he was featured in the HBO documentary Private D***s: Men Exposed.

In 2012, he hit the headlines when he was stopped by TSA officials at San Francisco International Airport due to the large bulge in his pants.

The aspiring actor, who lives in Hollywood, famously made Holly Willoughby blush when he appeared on This Morning in 2012 and explained that he has a girth of eight inches.

He measures between eight and nine inches in length when flaccid, compared to the average man who is five to six inches when erect. 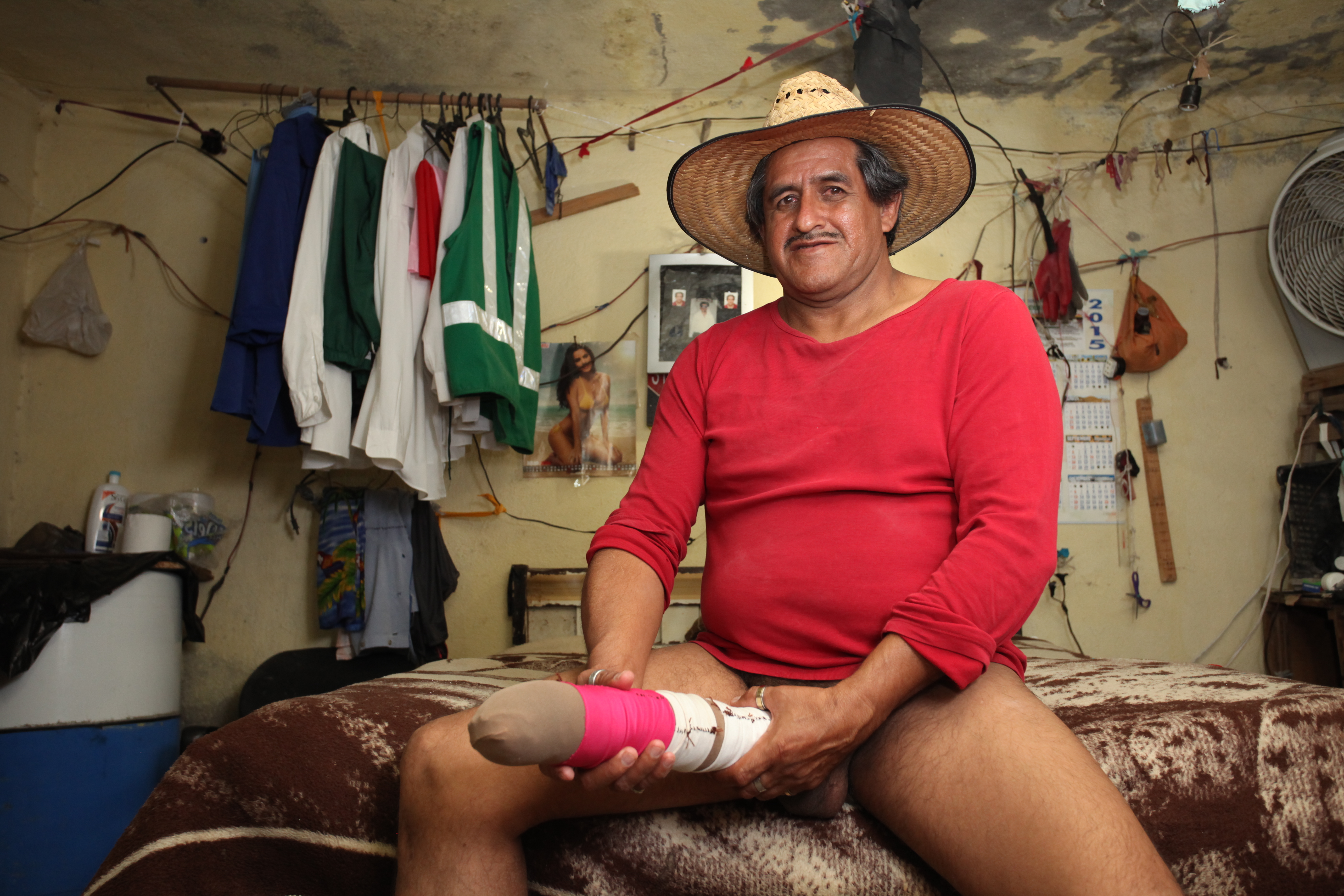 He said: “When I’m fully hard I’m 13 and a half inches with a seven and a half to eight-inch diameter. It’s thicker than my wrist."

Jonah first realised he was well endowed when he was just ten-years-old and his friends began discussing his size.

"I was at a school that was mostly Jewish so I was one of the only uncircumcised boys there – I thought that’s what they were fascinated by.

"All my friends knew that I was large, but they never let me know that they knew, so they were talking about it behind my back."

But the ex-video game reviewer's huge penis also has its drawbacks, as directors are afraid to cast him because "he's known for his penis size" and fear it will be distracting.

Brit Steve Whitehurst can also relate to the men's struggles strolling around with a big bulge, as he was accused of shoplifting after staff saw a suspicious shape in his jeans — but it turned out to be his 10in todger.

He had been buying £400-worth of stuff at Scotts Mens­wear, with girlfriend Mandy Shenton and her 18-month-old grandson.

Steve ended up dropping his pants AND boxers to a security guard in the store in Stoke-on-Trent to prove his innocence.

According to NHS data, the average UK penis size is 5.1 inches (13cm) when "soft and gently stretched".

But even having just a few inches extra in the trouser department can be trouble.

Some blokes with over nine inches say it's ruined relationships because of painful sex and they've even had to get clothes specially tailored to their needs.

Although they recognise the length of animal and bird penis', the Guinness World Records have shunned the swinging contest so far. 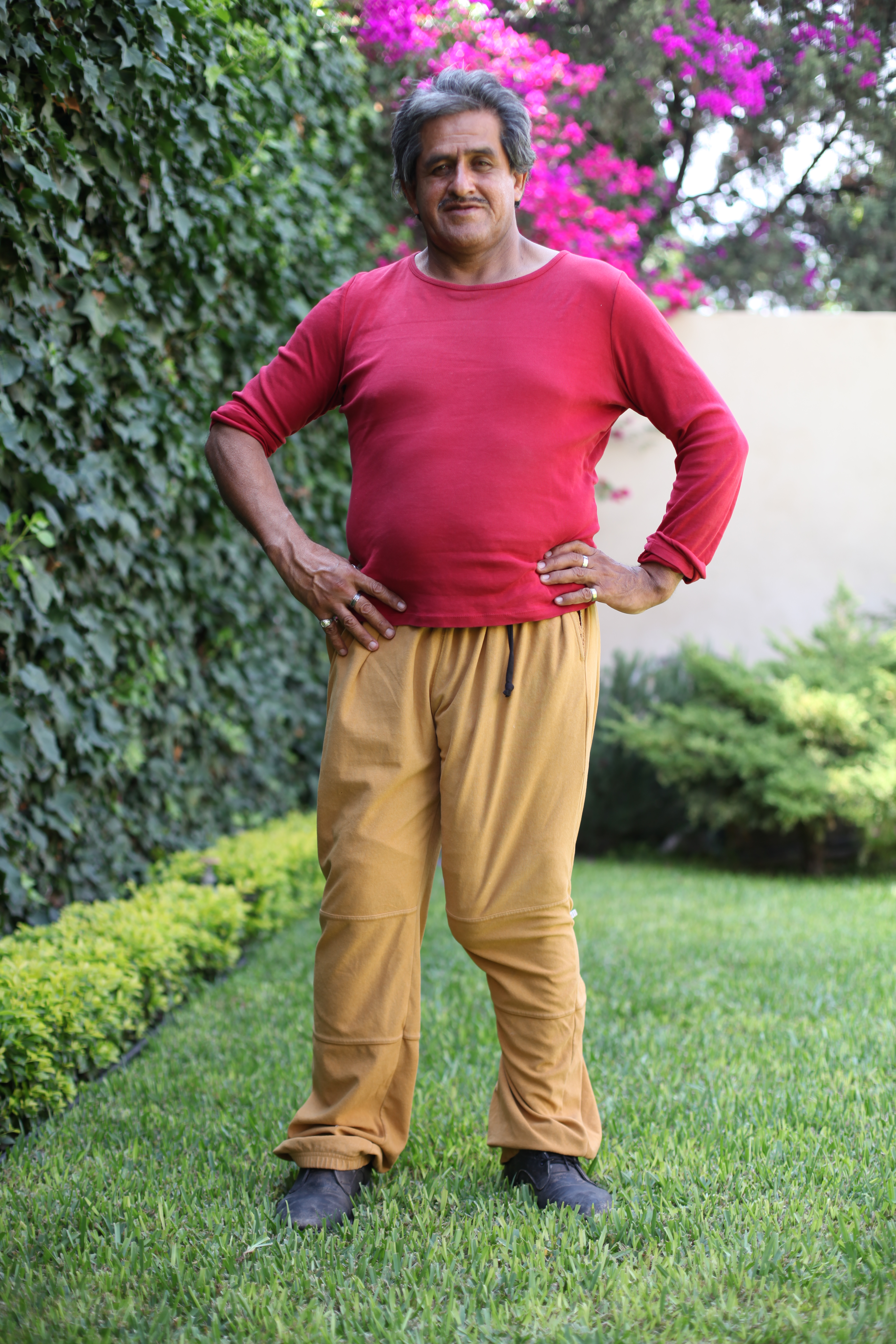 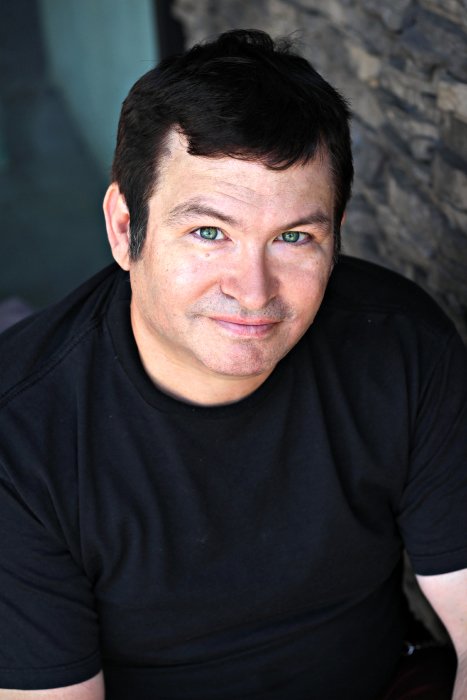