This is the moment a tractor-trailer carrying nearly 300 propane tanks exploded after an accident on the Long Island Expressway early Tuesday — a crash likely caused by black ice, according to cops.

Dramatic footage shows the massive inferno just after midnight on the eastbound service road of the highway near Junction Boulevard in Queens — with clips catching several explosions from the 294 propane tanks being carried.

Police investigators found black ice just before the crash, and believe the tanker truck likely overturned after slipping on the ice — possibly while trying to avoid another vehicle that also skidded on it, an NYPD spokesman told The Post.

Amazingly, the driver escaped without injury, the spokesman said. 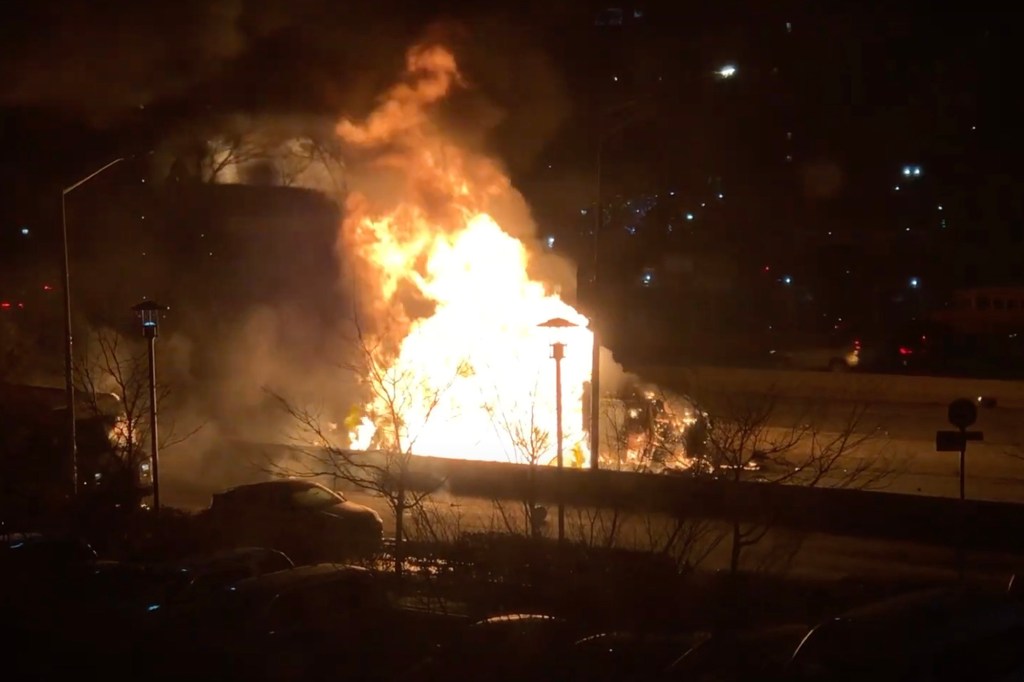 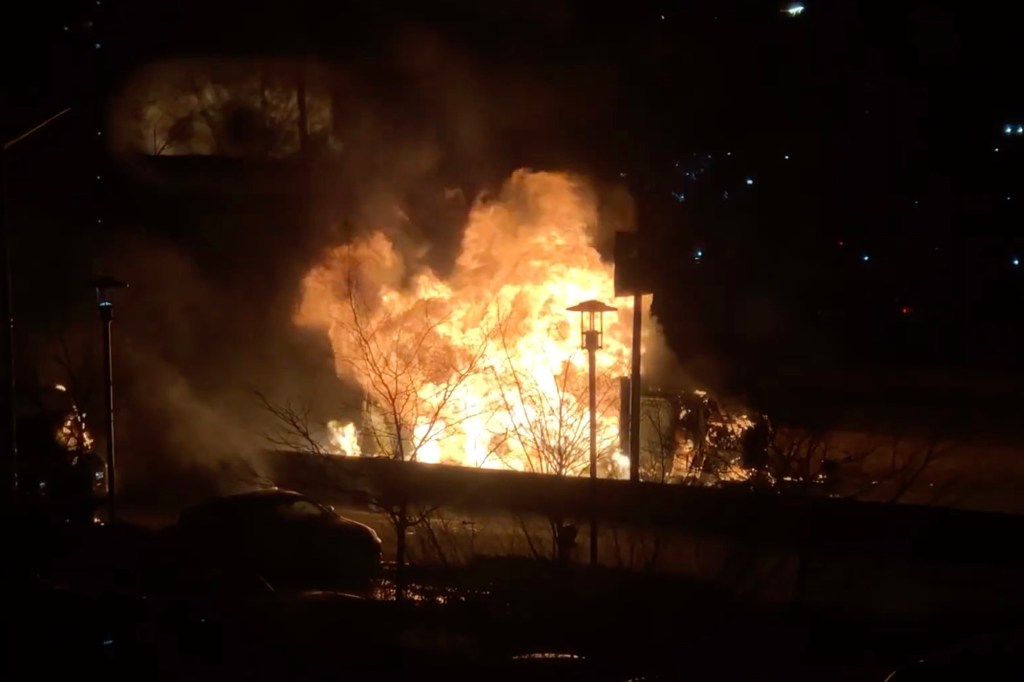