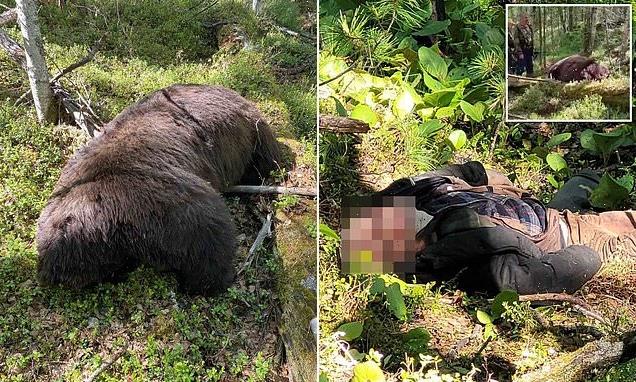 Hunter becomes the hunted: Bear kills hunter in revenge attack just before succumbing to its wounds after it was shot in Russian woods

A 62-year-old hunter has been killed in a revenge attack by the bear he mortally wounded in Russia.

Graphic pictures show the discovery of the man’s body, in the Tulun district of Irkutsk region, Siberia, with the beast’s carcass found 54 yards away.

The unnamed hunter is believed to have shot and wounded the predator from a platform in a tree.

Perhaps believing the brown bear was dead, he descended from the tree only to be attacked and killed by the beast in its final act.

This was when the animal is thought to have struck, with its fangs and claws, crushing the man’s skull in the furious woodland attack. 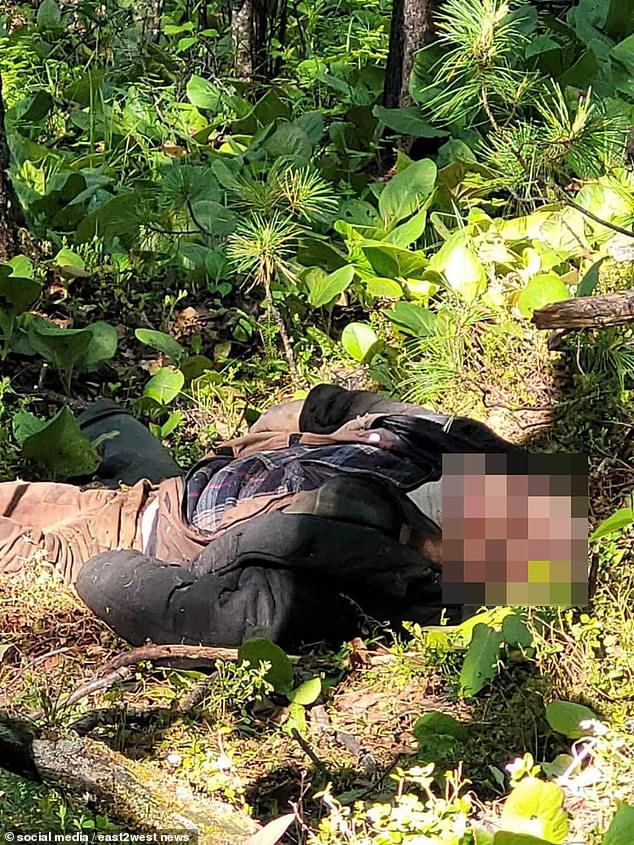 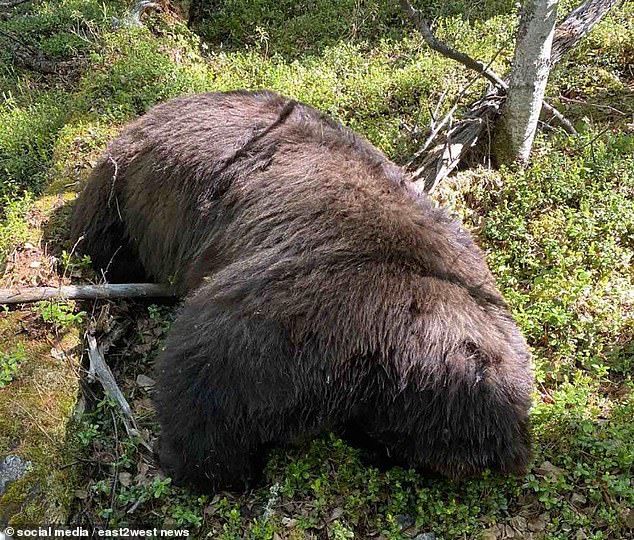 Perhaps believing the brown bear was dead, the hunter is thought to have descended from the tree only to be attacked and killed by the beast in its final act 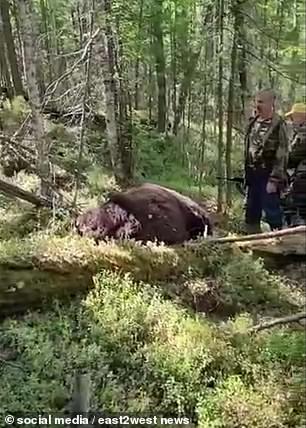 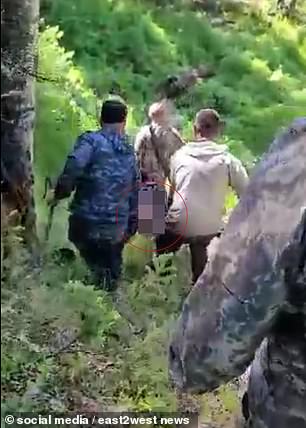 When the 62-year-old man climbed down, the mortally wounded bear (left) killed the hunter (on right)

The hunter, who had been reported missing, was located after a search party had been organised in the Siberian region.

‘When a 62-year-old man climbed down, the mortally wounded bear attacked and killed him,’ reported Interfax.

‘The carcass of the animal was found 50 metres [54 yards] from the place where the man died.’

The skull of the hunter was ‘crushed’ and he suffered claw and fang wounds in the furious attack, the report also said.

The regional office of the Russian Ministry of Internal Affairs said: ‘The mortally wounded predator managed to inflict an injury from which the hunter died.’ 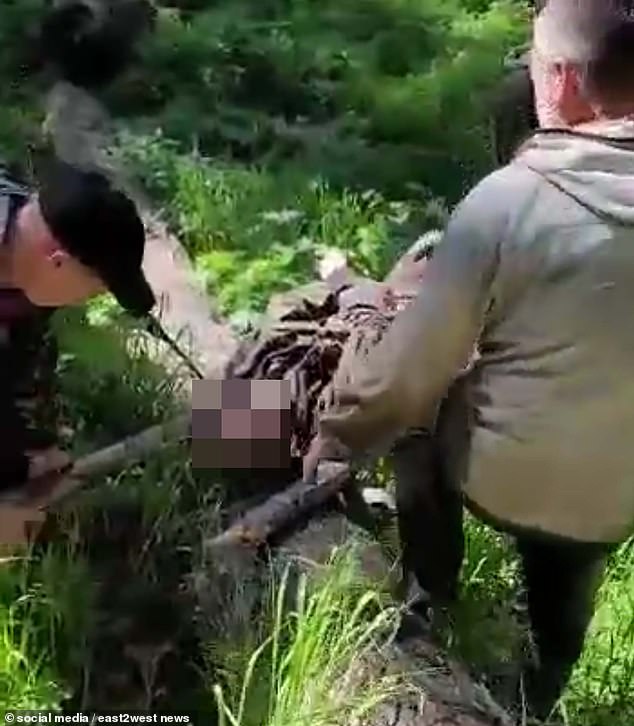 Bear attacks can be quite common in Russia, paticularly in the country’s national parks.

In June 2021, a brown bear ate and killed a 16-year-old boy at a Russian national park before it was stabbed in the neck with a penknife by a tourist who was also attacked by the predator.

The beast half ate the teenager, floored the tourist and lunged at another when they went in search of the missing boy at Ergaki National Park in the Sayan Mountains.

The next month on from that attack, tourist Yevgeny Starkov, 42, was with a group starting to pack away their tents when the bear pounced.

Three fellow campers watched in horror as their friend was torn and gnawed by the drooling beast.

They then fled, walking seven hours with no shoes in the Yergaki Nature Park, in the Krasnoyarsk region of Siberia to raise the alarm.