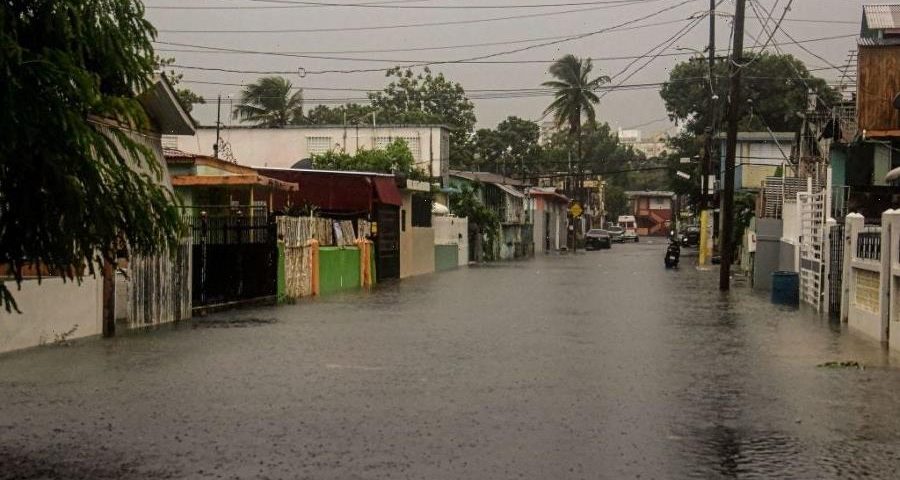 Hurricane Fiona hit Puerto Rico with 85 mph winds on Sunday, knocking out power for nearly 1.5 million people on the island. About 196,000 people are without potable water, and the storm has also caused “catastrophic” flooding, NBC News reports.

“These rains will produce life-threatening and catastrophic flash and urban flooding across Puerto Rico and the eastern Dominican Republic, along with mudslides and landslides in areas of higher terrain,” according to a public advisory.

Puerto Rico Governor Pedro Pierluisi stated that 9 to 13 inches of rain poured onto the commonwealth in five hours from the Category 1 hurricane.

The storm comes almost 5 years to the day that the island was devastated by Hurricane Maria on Sept. 20, 2017. Puerto Rico was declared as a FEMA disaster area just over a week later, as nearly 3,000 people died and over 3 million people lost power.

There are yet to be reported deaths from Hurricane Fiona as of Monday morning, however the grid has reportedly not recovered. Officials expect it to take several days before power is restored.

“Our grid may be functional, but it’s fragile,” Sergio Marxuach, a policy director at the Center for a New Economy, told NBC. “Five years later, we are still exposed to the same risk.”

Elected officials on mainland U.S. have expressed their concerns and sympathies for Puerto Rico, while President Joe Biden approved an emergency declaration. This authorizes the Federal Emergency Management Agency (FEMA) to direct disaster relief efforts to the island.

Rep Ritchie Torres (D-NY), who is of Puerto Rican descent, said his office is “standing by, ready to assist in any way” with relief efforts.

Commentator Ana Navarro-Cardenas urged that there be more coverage of what’s happening on the ground in the hurricane’s aftermath.

Artist Molly Crabapple compiled a list of Puerto Rican organizations and journalists to follow to stay abreast of developments.