HURRICANE Sam has captured global attention for its staggering longevity and power, and while the storm has produced choppy conditions all over North America, it has yet to make catastrophic landfall.

Various spaghetti models, charts that show tropical storms' potential paths and impacts, indicate the storm will bring rough seas to the Bermuda Islands, but the period of rapid intensification has ended. 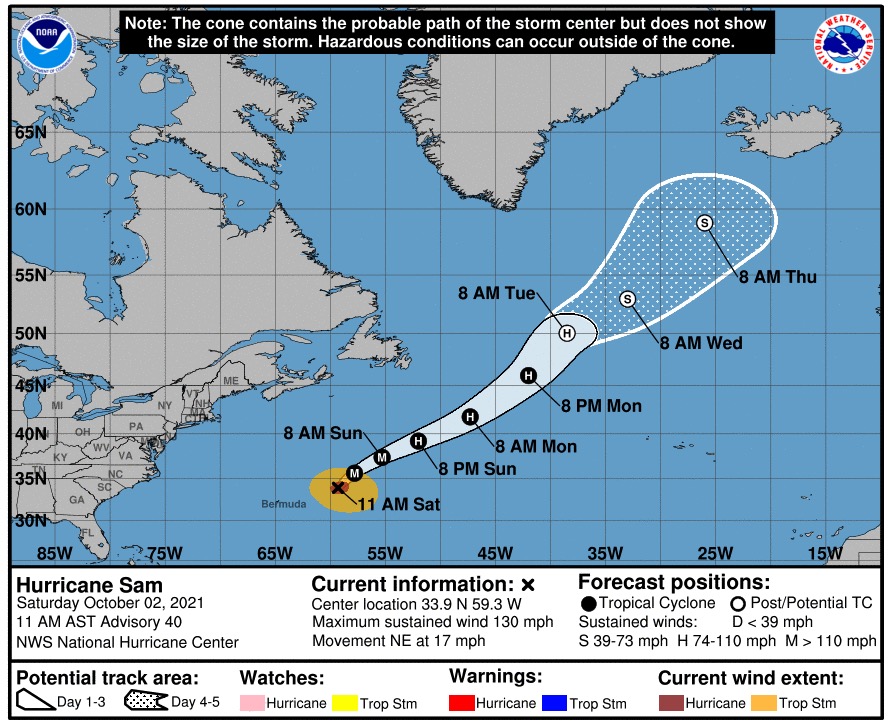 The 18th named storm of the season, Sam became a Category 4 on Sunday and briefly weakened to a Category 3 on Monday before strengthening back to a 4 on Tuesday and maintaining that status through Thursday.

Sam strengthened into a hurricane shortly before 5am on Friday morning, and is expected to pose no threat to land other than rip currents on the US east coast.

Hurricane Sam is the seventh storm since 1966 to maintain Category 3 status for such a prolonged period of time.