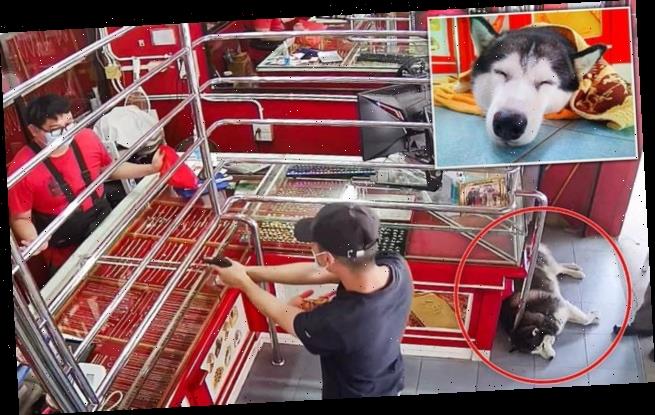 Guard dog FAIL: Lucky the Husky SLEEPS through ‘armed robbery’ at his owner’s jewellery store (but at least it was just a training session)

A pet husky proved what a useless guard dog he was – sleeping through an armed robbery training session at a jewellery store.

Hilarious CCTV footage shows the dog ignoring the gun-wielding thief during the simulation in Chiang Ma, Thailand, on February 16.

During the alarm training day, a man approached the store counter and pointed a replica automatic handgun at the shop owner. 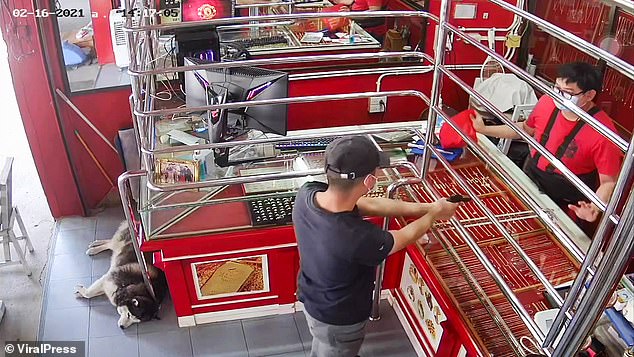 Worawut Lomwanawong, pictured right, was performing a test on the security at his jewellery store in Chang Ma, Thailand, by simulating an armed robbery. He expected his pet Husky, Lucky, left, to challenge the raider, centre 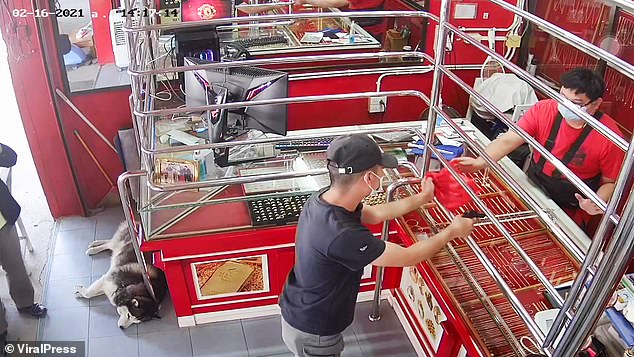 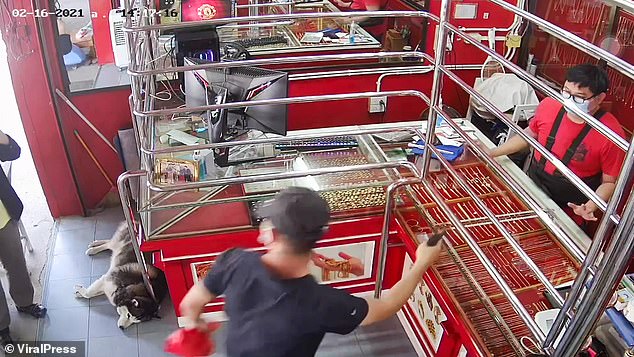 The man escaped from the store with the ‘cash’ in his left hand while Lucky was lying asleep on the floor, oblivious to the drama

Worawut Lomwanawong, who owned the shop, waited for the dog named Lucky to spring into life and snarl at the man, who was demanding money at gunpoint.

He kept glancing to his side and whispering under his breath to try and rouse the sleepy dog into action.

However, Lucky continued sleeping even when its owner was held at gunpoint and the bag of money was given to the thief.

The jeweller said it was funny because the dog cared more about his sleep than guarding the store.

Lomwanawong said: ‘I just realised that Lucky has different priorities. He likes to sleep more than to guard our store. 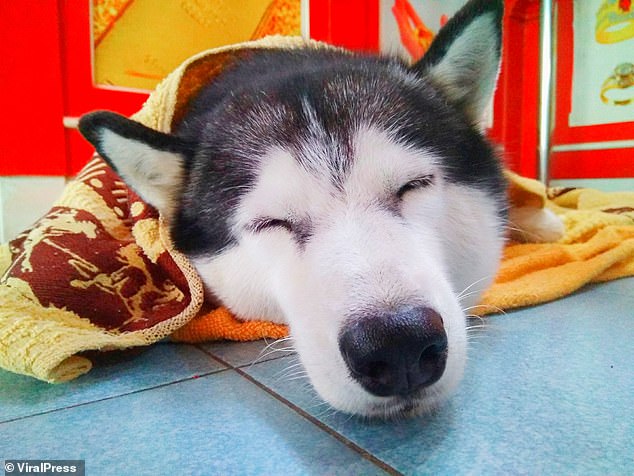 Lucky, pictured asleep on the floor, has not been fired by Mr Lomwanawong, as he claims the husky brings him luck 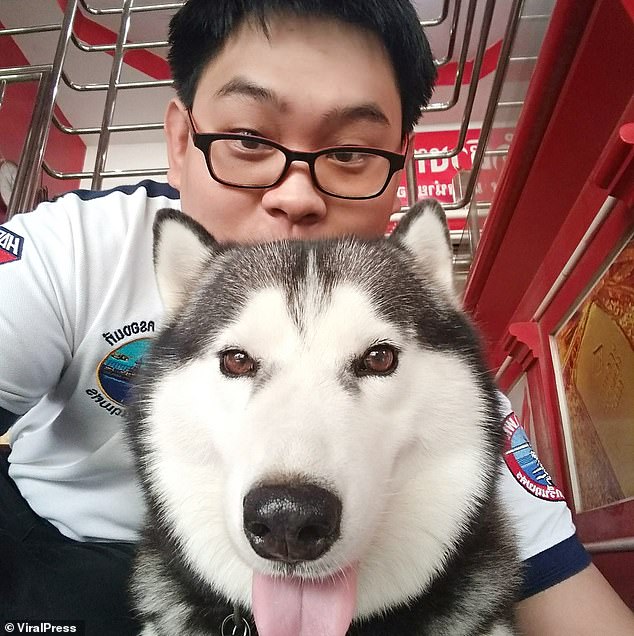 Worawut Lomwanawong, pictured with Lucky, said he tried training the dog with no success 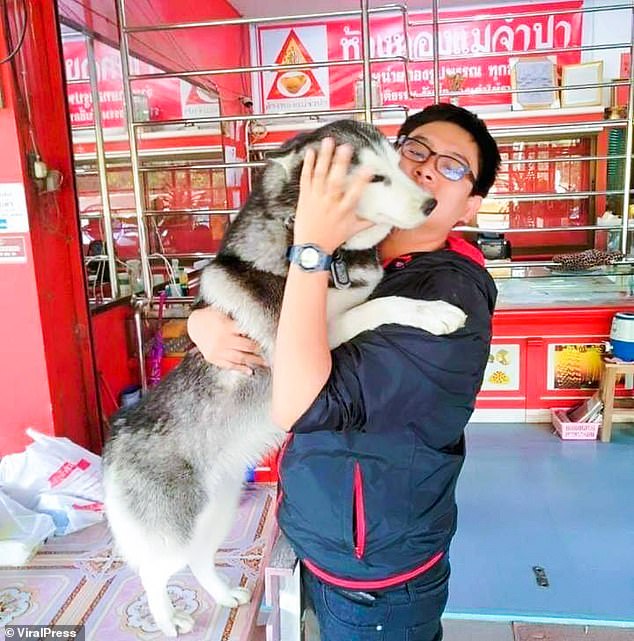 ‘I have tried training him what to do in cases like this, but he just slept during our simulation. If it was an actual robbery I would have been dead. He’d probably leave the robber if he was offered treats.’

Despite the failed security simulation, the pet owner said he still loves to have the adorable husky in their store.

He said: ‘I named him Lucky because he brings me luck. Maybe that’s his purpose, to make everyone around him happy and not to guard stores.’