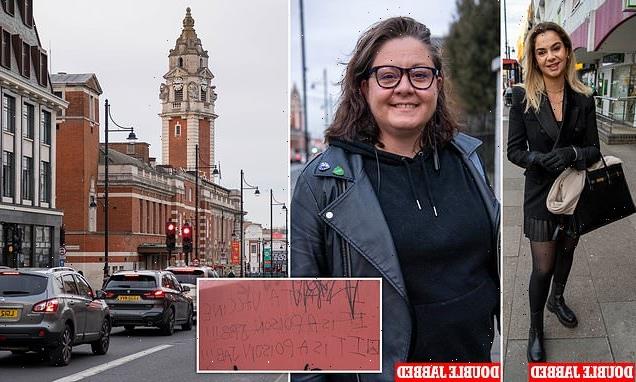 ‘I don’t need to have the Covid vaccine. God protects me from the virus’: The astonishing words of an influential church pastor in one of most unvaccinated – and infected – areas in Britain as cases hit a record high of 106,000

At the walk-in vaccine centre behind Lambeth town hall yesterday afternoon, there was no queue at all.

It is just a 30-second walk from Acre Lane in Brixton – newly revealed as having Britain’s highest rate of coronavirus infection.

A remarkable 5 per cent of residents have the virus. And the high level is partly explained by the 32.4 per cent of locals who remain unvaccinated, unmoved in the face of public entreaties.

So why are so many here in south London rejecting the offer of a jab to protect themselves? Strolling down Acre Lane towards Clapham, you soon find one possible answer.

Written on a charity’s metal clothes recycling bank on the pavement outside Tesco are the words: ‘Fake virus! Fake test! Fake cases! Poison jab! It is not a vaccine. It is a poison jab!!!’ 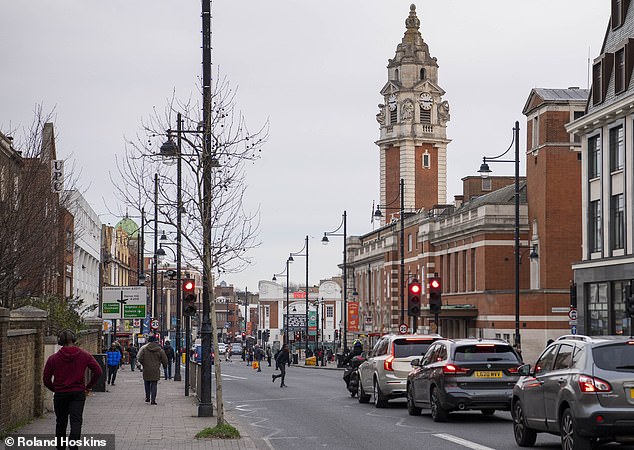 Pictured: Acre Lane, in Brixton, London has the highest Covid rate in the UK so why is it also one of the most unvaccinated areas in Britain? The Daily Mail paid the street a visit to find out

Justin Welby: Jesus would get the jab

The Archbishop of Canterbury has suggested that Jesus would get vaccinated against Covid.

The Most Rev Justin Welby urged people to get jabbed, saying it is a moral issue.

He also issued a thinly-veiled criticism of No10 saying he felt ‘real disappointment and sadness’ at seeing photos of Downing Street staff eating cheese and drinking wine during the first lockdown. In an interview with ITV News At Ten, the archbishop said getting vaccinated ‘is not about me and my rights’.

‘So I would say yes, to love one another – as Jesus said – get vaccinated, get boosted.’

Turn round and wander back towards Brixton, with its railway and Tube station and the Ritzy cinema, and you come to Acre Lane’s Universal Pentecostal Church.

Most of its worshippers are of African or West Indian descent, reflecting a large portion of Brixton’s population since the Windrush Generation started arriving more than 70 years ago.

Its pastor, who declines to give his name, insists he does not share such conspiracy theories, and assures the Daily Mail he does not tell his parishioners whether to have the jab or not.

Yet despite being 80 – so in a high-risk age group – he has not been vaccinated, let alone had the booster offered just across the road. The reason? He trusts in God to keep him safe. The senior Pentecostal churchman said yesterday: ‘We don’t tell people what to do – we let them choose.

‘But we also pray for people, and we tell them to keep out of sinful ways. God tells us in the bible “Let them trust me and I will preserve them”.

‘We believe God has the power to protect us.

‘There’s no need for me to have the vaccine. And people are getting the virus after the vaccine – people have died also.

‘I live my life by the word of God. So far it’s protected me from the virus.’

Believing that prayer and faith can keep you safe from the virus is clearly not much of an encouragement to get vaccinated. 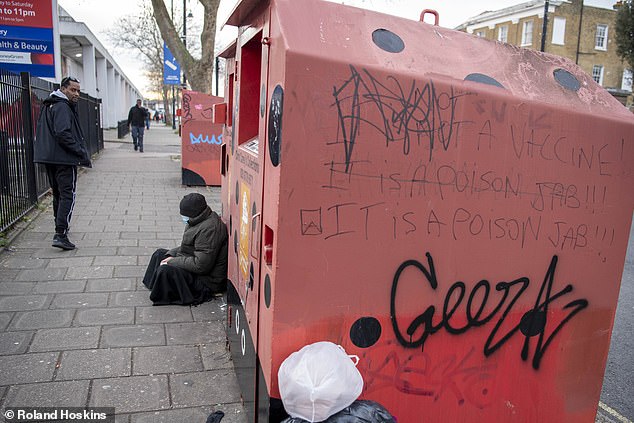 Pictured: An anti-vaccine message written in graffiti on the side of a church’s recycling bin

And the large ethnic minority population in Brixton are also more likely than average to depend on Facebook, WhatsApp groups and other social media for their information, rather than trusting mainstream news.

As a result, Acre Lane resident Jane Harrington, 43, an advertising producer, is not surprised by her road’s high virus and low vaccination rates.

She has had both her initial vaccine doses and the booster, and also works as a volunteer steward at vaccination centres.

She said: ‘We’re close to London’s city centre here, people are travelling on public transport, and there’s lots of pubs and restaurants, so you’d expect a high virus rate.

‘But I’ve seen the vaccine hesitancy – people are genuinely scared.

‘I’ve met a lot of Spanish people, quite a big community here, who’ve heard stories from Spain about people dying of the vaccine. While the NHS has done an amazing educational job, it’s not always meeting the right ears.

‘Maybe they need to use different languages, and go into different community centres.’

Oxford graduate Athene Madden, 24, also lives on Acre Lane, in her case since starting her job as an events co-ordinator. 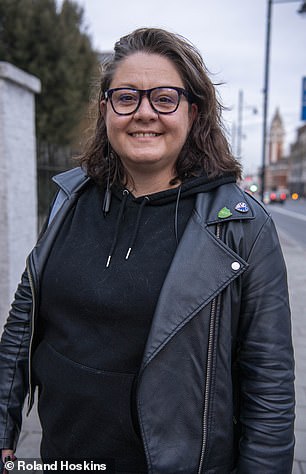 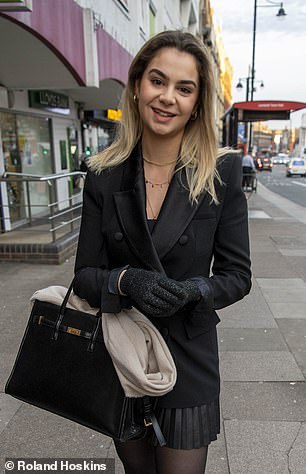 She is one of many young professionals here who over the last few decades have helped push the price for a two-bed flat up to £600,000, and for a house to well over a million. Miss Madden is double vaccinated, and had her booster on Tuesday.

‘My friend works for a homeless charity here,’ she said. ‘She says the homeless have been completely abandoned – they’re not being targeted enough for vaccination.’

Vaccine hesitancy is a hugely complex issue. The BMJ argued in a paper this year how trust in the public health system in some areas had been eroded by systematic racism and discrimination, previous unethical healthcare research in black populations, the under-representation of minorities in health research and vaccine trials, and sometimes bad experiences within a culturally insensitive healthcare system.

Another local who has had his share of problems is ‘unemployed academic’ Godfrey, 51. ‘I believe in western medicine, I did my science O-levels 36 years ago – but a lot of people don’t trust it.’

A passing Spaniard overhears and sums up the prevailing air of scepticism here: ‘They’ve told us to take three vaccines already – if you take four, are you immortal?’

Those worried about the high infection rate on Acre Lane might answer that getting another jab might not give eternal life – but it could at least help prevent premature death.