One year ago, a lock turned and Farhad Bandesh walked through the open gates of a Melbourne detention centre.

Free, but not a free man. 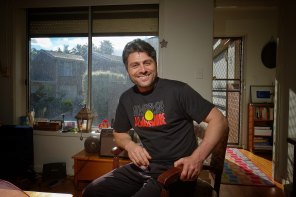 “I am still in limbo because I have no future yet,” he told The Age and Sydney Morning Herald. “I don’t know what’s going to happen.”

Mr Bandesh – a Kurdish musician, artist, jewellery maker and aspiring winemaker – had been detained by Australia for 7½ years: at Christmas Island, Manus Island, Port Moresby and Melbourne – first at the Mantra hotel in Preston, and then at Melbourne Immigration Transit Accommodation in Broadmeadows.

He is one of hundreds of refugees and asylum seekers rushed to Australia from Papua New Guinea and Nauru for emergency medical treatment under the now-repealed medevac legislation.

After their arrival in Australia, most were detained in so-called alternative places of accommodation, including motels and hospitals.

Since December 2020, according to the Asylum Seeker Resource Centre, 192 people who had been evacuated to Australia and then detained have been released into the community on bridging visas. Another 70 remain detained in motels and other facilities, in conditions the Australian Human Rights Commission has described as more restrictive than detention centres and inappropriate for prolonged detention.

Mr Bandesh, who recently celebrated his 40th birthday with friends, lives in Melbourne on a six-month bridging visa. He has a close-knit group of friends and supporters. He paints, writes and creates music. And he does so knowing that at any time he could be returned to detention or a third country.

“They can do whatever they want,” he said of immigration authorities. “You know, they have the power [and] they use it in a bad way to torture innocent people. And it’s not only me … There are thousands of refugees living in Australia who are not permanent. And they have the same [visa] conditions as what I have.”

A spokeswoman for Home Affairs could not say how many men, women and children who arrived in Australia by boat are now living in the community on temporary visas, or how many people are being held in alternative places of detention (including hotels and hospitals).

The department has not updated its “monthly” detention statistics since August, when 11,630 people who had arrived in Australia by boat were living in the community on temporary visas and 114 people were held in alternative places of accommodation across the country. 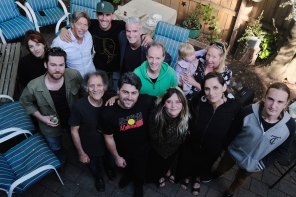 The figures show a gradual shift in practice, if not policy, by the government. Detention centres are now mainly populated by migrants who have committed a criminal offence and are awaiting deportation (86.5 per cent of the 1440 people in immigration detention centres in August had a criminal history), while more than 11,000 refugees and asylum seekers who arrived by boat now live in the community on temporary visas.

Labor has promised that if it wins power, it will grant permanent visas to those temporary visa-holders. Immigration Minister Alex Hawke was contacted for comment, but it is understood the Morrison government has no plans to change policy.

For Mr Bandesh, freedom means the ability to plan a life. He wants to study winemaking and to get a licence to make and sell wine in Australia. But under the terms of his six-month bridging visa, he is forbidden to study for a qualification.

“I am still not free because of the restriction they put on me and others. I cannot have qualifications … I’m not like you guys here. Like other people. But I am not a refugee. I am a human first.”

Earlier this year, he worked at Mac Forbes Winery in the Yarra Valley, helping to create a shiraz called Time To Fly and a cabernet sauvignon called Game Over, a nod to Amnesty International’s campaign to end offshore detention, for which former Socceroo and human rights activist Craig Foster is ambassador.

Foster was waiting outside the Melbourne detention centre the day Mr Bandesh was freed.

Watching him walk free, Foster said, was a profound experience. 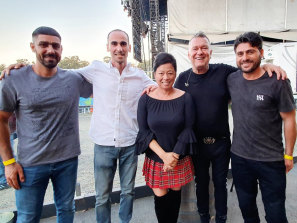 Farhad Bandesh (right) with friends Jamil Mirzaee and Moz Azimitabar, and Jane and Jimmy Barnes. The men attended a show at Rochford Winery at the personal invitation of the Barnes family.Credit:Claire Gomez

“I was stunned by the simplicity of the act,” he said. “He had been stuck for eight years behind this policy wall, behind this constructed narrative wall, and you never knew if it was going to end.

“And watching the guard come and just open the gate, and [Mr Bandesh] just walk out with his guitar. I was struck by the fact that this whole constructed reality around them was so such a facade … so easy to dismantle. It was just someone signing a piece of paper.”

Asylum Seeker Resource Centre director of advocacy and campaigns Jana Favero said the other medical evacuees should also be released and provided with a clear pathway to permanent resettlement.

“It is clear that the Morrison government currently has no clear policy concerning refugees who came to Australia for medical treatment,” she said.

“It is clear that arbitrary and indefinite detention is harmful and a failed policy, which is why we have seen the release of nearly 200 people from these conditions.”