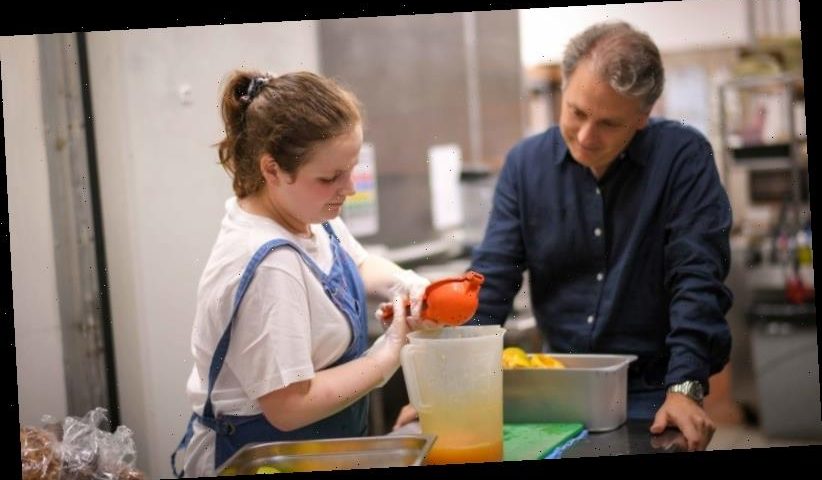 Like many parents, Jonathan Wenig was concerned about his daughter’s career path after she left school last year.

Tali, 20, who has autism, faced more than the usual challenges in finding a job that would suit her. 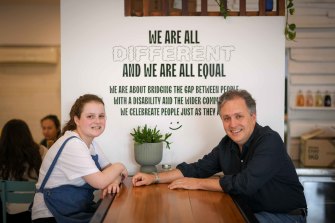 Love your work: Tali Wenig with her father Jonathan Wenig at All Things Equal cafe in Balaclava.Credit:Eddie Jim

Mr Wenig saw that many young people with special needs were in the same boat.

He set up a charity, created a board and raised almost $200,000, both from his own funds and from philanthropists, to open a cafe. Twelve of its employees, or half the staff, live with a disability.

The All Things Equal cafe, which opened in Carlisle Street, Balaclava, in January, has been such a success that parents regularly approach managers seeking a job for their disabled children.

Mr Wenig said Tali is smart and physically adept, but has issues with communication, social interaction and anxiety. 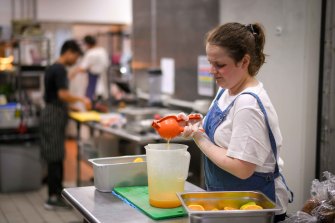 Tali Wenig says working in the cafe is her favourite part of the week.Credit:Eddie Jim

“We wanted to home in on her strengths to chart a path forward to her,” he said

Tali, who left her special school, Giant Steps, at the end of 2020, and who loves cooking at home, had been “dramatically enthusiastic” about her two, four-hour shifts per week at All Things Equal, preparing and cooking food in the kitchen, Mr Wenig said.

“She goes up to Rob the chef and says, ‘What shall I do?’ and as soon as she finishes one task, she wants the next one. She’s really energised by feeling productive.”

Sandra Chester, of St Kilda East, said her son Zac, 35, who lives with Down syndrome, was thriving at All Things Equal. 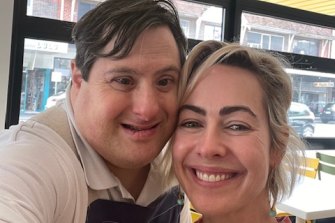 “He got his first pay cheque a few days ago, and he was so excited,” Ms Chester said.

“It’s been very difficult for him to find work because nobody employs people with disabilities.”

She said All Things Equal, where Zac serves customers one day a week and does kitchen work on a second day, was brilliant.

“The people there understand his limitations,” she said. 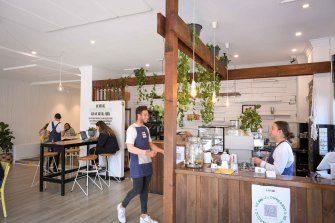 Coffee, anyone? All Things Equal cafe in Balaclava.Credit:Eddie Jim

“He can do anything but it takes a bit of time. He can’t write down an order very quickly, you’ve got to have a bit of patience.”

Mr Wenig said the experience could open the door to other job opportunities for employees.

“Sometimes the hardest thing to do is to get your first opportunity,” he said.

No matter how capable they are “if they’ve got nothing on their CV, and walk up to apply, all a prospective employer sees are the challenges”.

The cafe has a five-year lease and Mr Wenig is already thinking of opening another cafe or ice cream shop, or finding a garden for people with special needs to grow produce.

Tali said the cafe was her favourite part of the week. “I really like working in the kitchen. I would like to do that in the future.”

Mr Wenig said he was very proud of his daughter. “She’s embraced the idea, I’m very glad that she’s enjoying it. And I’m very glad she gets a sense of purpose from it.”