The bonds of friendship can be as deep, close and important as romantic relationships, says psychologist Dr Katie Greenaway, which is one reason so many people living alone have felt our year of isolation so keenly.

Greenaway has a deep understanding of what close ties mean to us as a social psychology researcher, but even a doctorate and specialist interest in connection, loneliness and wellbeing is no shield against the loss of human contact. 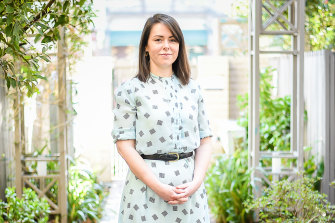 Asked how well we have cared for the emotional wellness of the 25 per cent of the population living alone, Greenaway speaks with authority.

"I am one of those people," she says, "and the issue is the rules are not treating single people's relationships with friends like intimate partner relationships.

"I think this is a mistake; for many of us now the relationships with our friends are our most enduring and important, lifelong and deep relationships that we have.

"Just because people aren't in a romantic relationship with someone doesn't mean they wouldn't treat that person as their 'intimate' partner."

She is referring to one of the most contentious rules Victorians have obeyed during the pandemic: those in sexual relationships can continue to travel to and spend time with each other, even in group living situations, while those in close platonic relationships have not even been able to sit with one friend on a park bench.

These relationships people have with friends are as psychologically meaningful and deep as romantic relationships.

The introduction of the so-called "singles bubble" a week ago allowed those living solo to choose one person with whom to spend time, but if that person lives with others the friend cannot be under the same roof with the housemates.

Greenaway is among several who have raised this barrier since the "bubble" was launched after pressure from those living alone months into isolation. She says it matters because "these relationships people have with friends are as psychologically meaningful and deep as romantic relationships".

She is among the fastest-growing demographic among Australian households, solo dwellers, which demographer Hugh Mackay calls "the single most significant demographic statistic about Australian society". He says the rapid rise of living alone has not been well enough factored in to social planning and the cracks are showing in the pandemic.

"I liken it to climate change," he says, "We know what's causing it, we know it's coming and we haven't really done anything much [to best serve those in it and society]."

"Households have been shrinking for the last 100 years … It's a symptom of how dramatically our society is changing that the ABS predicted a few years ago that by 2030 [sole-person households] would be one in every three households," he said. "Well over 20 per cent of the population have lived alone at some time."

Some of those living alone do so voluntarily and very much enjoy their independence, while some are involuntarily alone, an arrangement many move in and out of.

Those living alone involuntarily are more likely to experience loneliness, but in the pandemic even those who choose to fly solo may be finding it very difficult, says Mackay, whose new book The Inner Self examines questions of our authentic identity.

"They are experiencing social isolation which they didn't seek," he says. "When we choose to live alone we do it on the assumption we can connect with people when we want to."

When people, particularly those living alone, are experiencing social isolation, a fundamental human need is being frustrated.

"Social isolation is a dangerous state for … humans because we absolutely need each other, we are that kind of species. We need groups to sustain and maintain our mental health."

Mackay says even before the pandemic "as a society we've been really neglectful of the needs of involuntary solo householders".

"The most basic of all our human needs – apart from survival stuff like food, drink and sleep – is our need to be taken seriously, to be acknowledged, appreciated, recognised. When people, particularly those living alone, are experiencing social isolation, a fundamental human need is being frustrated.

"It's no wonder it can lead to feelings of anxiety and depression. In the criminal justice system solitary confinement is the worst punishment we can think of for a prisoner, and here we are particularly in Victoria we've put 25 per cent of households into it 23 hours a day."

A survey of 14,000 people soon to be published in the Medical Journal of Australia found people living alone, especially young people who had lost their jobs, were among those at highest risk of anxiety or depression during the pandemic. Lack of human engagement was taking a serious toll.

Those with the greatest likelihood of experiencing poor mental health were people living alone, those having lost a job, those being fearful of contracting COVID-19 and those "experiencing the restrictions as having very adverse effects on their lives" – many living alone could be in all of those groups, according to Jane Fisher, professor of Global Health at Monash University.

"The group who are experiencing the most difficulty with this is young people who might perhaps be yearning for a partner or are students or international students and haven't yet got one and who are not choosing to live like this," said Fisher, a co-author of the study Mental health of people in Australia in the first month of COVID-19 restrictions: a national survey. 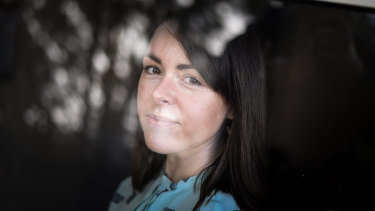 Katie Greenaway says it’s time to acknowledge deep and lasting friendships as being as significant as other loving relationships.Credit:Justin McManus

"For those people, social isolation is very costly; there's a big difference between going for a walk with one other person for an hour and having a multi-stranded social life that allows you to engage and meet with others."

"The 'bubble' is welcome but not sufficient. In our efforts to restore things we need to focus on mechanisms enabling everyone to see others, but especially for those in this group," she said.

"They need to be able to re-engage in purposeful activity and social engagement in groups of more than one other person and it should be a priority as we lift regulations."

Professor Jayashri Kulkarni, a psychiatrist and director of the Monash Alfred Psychiatry research centre, said she was seeing an "unprecedented" number of people suffering anxiety and depression triggered by pandemic living. "A lot of them are women presenting with first-time-ever anxiety; a sense of hopelessness and helplessness," she says.

Though there are a minority of more introverted people who enjoy isolation, the "sense of never-endingness and time distortion" could be extremely difficult for many living alone, who miss the chance to debrief with face-to-face downtime conversations.

There's a big difference between going for a walk with one other person … and a social life that allows you to engage and meet with others.

This may be experienced as "I feel like I'm in a tunnel and there's no end, a claustrophobic shortness of breath because of the sense this might go on for weeks."

Kulkarni advises patients feeling distressed by isolation to try to think in the short term as much as possible, to exercise regularly and stick to a routine including getting dressed for work and setting out morning tea and lunch as you would if working on site, and to communicate as much as possible with others.

People around those living alone should take time to initiate contact, says Dr Grant Blashki, lead clinical adviser for Beyond Blue. "We know loneliness is a risk factor for mental health problems; and the research shows an association with loneliness and higher rates of depression and some link with anxiety conditions as well," he said.

For people living alone right now, "COVID-19 is the perfect storm: you've got lockdown, people have lost their jobs – and a job is a lot more than bread on the table, it's about about socialising banter in the tearoom – people have lost a lot.

"A lot live more than five kilometres away from people they want to catch up with, it's been really hard for people in Victoria," he said.

Greenaway says it is normal to struggle at present and has plenty of strategies for those feeling the emotional pinch of isolation: "I'm mindful of finding connections where I can [for now, virtually], for example last night I watched a movie with some friends in Brisbane and we chatted about it afterwards."

Creating regular routines around online socialising and sticking to them, learning coping strategies to regulate your emotional response to the situation and accepting your emotions when they were challenging could also help.

"General acceptance of emotions – labelling your emotions in terms of 'I'm feeling sad', or 'I'm feeling anxious and angry' – is a fine-grain way of coming to terms with exactly how you are feeling," she said.

It would also help to hear deep friendships acknowledged as as important as other loving relationships.

"Of course I can have an intimate partner who is a friend. It's strange that single people are being treated differently in these circumstances … we need to work on stigma around singledom.

"This is a massive, growing portion of the population but I'm not sure our expectations around what people's lives should look like have caught up with what successful adulthood and relationships look like."