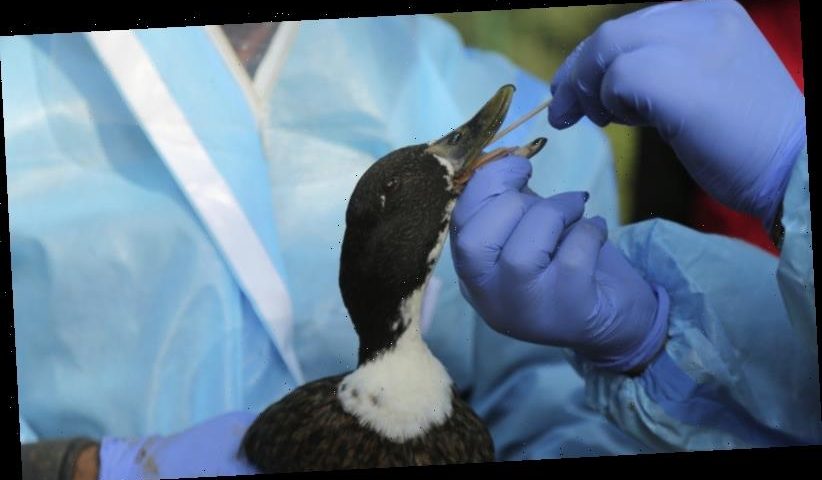 New Delhi: A state-run zoo in India has stopped feeding chickens to birds such as hawks, eagles and owls as bird flu outbreaks spread to more than 10 states in the country.

Serological tests of a brown fish owl, which died at the National Zoological Park in New Delhi, confirmed that the bird was infected with the H5N8 virus, according to the Ministry of Environment, Forest and Climate Change. Birds in captivity at the zoo have been isolated, it said over the weekend. 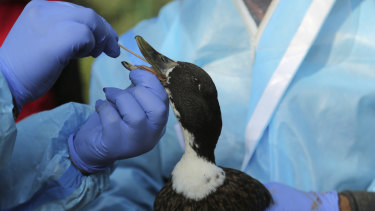 An Indian wildlife department doctor collects a swab sample from a duck to test for bird flue at Manda park in Jammu, India.Credit:AP

More deaths of crows, herons, swans, pigeons and poultry from avian influenza have been confirmed in the states of Maharashtra, Madhya Pradesh, Chhattisgarh, Uttarakhand and Delhi, the Animal Husbandry Ministry said in a separate statement. Culling operations continue, it added.

The outbreaks in the world's second-biggest egg producer threaten the poultry industry, which is recovering after prices slumped last year on speculation that chickens could spread the coronavirus. The $US14 billion ($18 billion) industry directly or indirectly employs 5 million people and supports 25 million producers.

The federal government has urged some affected states to reconsider their decisions to ban poultry sales and advised them to allow sellers to source chickens from non-infected areas. "Consumption of well-cooked chicken and eggs is safe for humans," it said, adding that consumers should "ignore rumours". 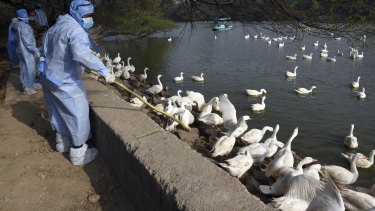 Venky's India, which reported about half of its revenue from poultry sales in 2019-20, said the organised poultry sector had not reported any positive bird flu case so far.