Singapore/Jakarta: Australian tourists in Bali could be ensnared by a new Indonesian law punishing sex outside marriage with up to a year in jail, although officials say visitors “shouldn’t be worried".

The law is to be introduced as part of a controversial revision of the country’s colonial-era criminal code, which was passed by parliament on Tuesday. 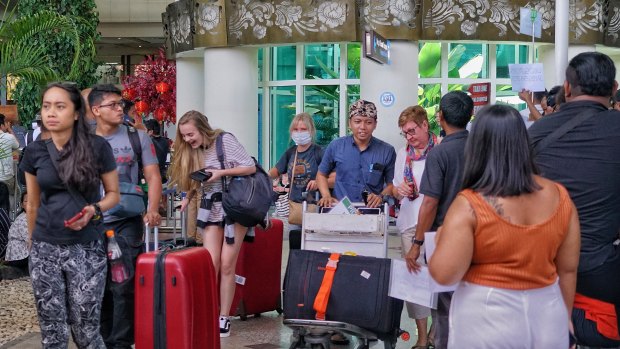 The law changes have raised questions about whether foreigners, including Australian tourists, could be caught in the crosshairs while on holiday.Credit:Amilia Rosa

It includes potential prison terms for insults against the sitting president, as well as for blasphemy, and has been criticised by rights campaigners as a major blow to democracy and religious freedom in the mostly Muslim country.

It is the new lines drawn around sexual activity, though, that have garnered the most attention.

Under the final version of the code, sex outside marriage can be penalised with up to 12 months behind bars even if it is not considered adultery. Cohabitation by an unmarried couple can lead to six months’ jail.

The law changes have raised questions about whether foreigners, including the thousands of Australian tourists who travel to Bali every week, could be caught in the crosshairs while on holiday.

The legislation on sex outside marriage and cohabitation is complaint-based, with only a husband or wife of a married person or the parents or children of an unmarried person able to report a matter to police. That means de facto foreign couples effectively can’t be denounced to authorities.

But a foreigner who had sex with a married or unmarried local could attract police attention if reported by immediate relatives of that person, said Indonesian MP Taufik Basari, who is on the parliamentary commission overseeing legal affairs.

“It is indeed problematic,” he said.

There is no exemption for non-Indonesians or holidaymakers in the update to the code and Zainal Arifin, head of the Indonesian Legal Aid Foundation’s advocacy team, warned the new laws had “the potential to criminalise [Indonesian] people and the foreign tourists”.

“This article has been criticised since the beginning. Civil society gave warnings to the government in 2019 that the government should not go into private space,” he said.

The rewriting of the criminal code has been through many iterations and has been highly contentious. In 2019, demonstrators took to the streets in cities around the archipelago when a previous version was on the cusp of being ratified.

Ahead of its eventual passage there were concerns raised by the tourism sector about what impact the criminalising of adultery would have on the travel industry, according to Albert Aries, a lawyer who has worked on the revision for the Indonesian government.

But he said the laws on pre-marital and extra-marital sex provided a balance “between respecting marriage institutions and private space”. 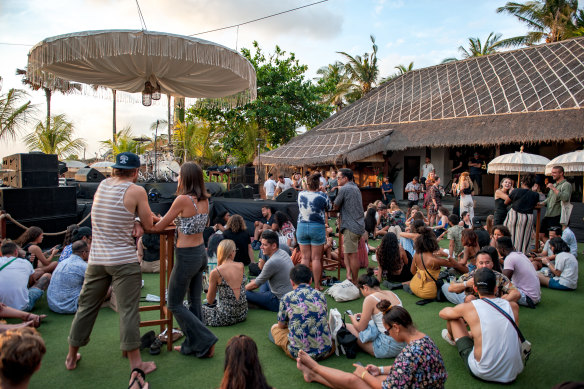 There is no exemption for non-Indonesians or holidaymakers in the update to the code.Credit:Fauzy Chaniago

“In the old draft, a village chief could lodge a complaint but even in the 2019 draft, that part was already taken out,” he said.

“Private space cannot be interfered with by a third party that does not have any relation whatsoever. That means Australian [tourists] shouldn’t be worried.”

Basari, the MP, also stressed “there is no need [for the tourism industry] to worry”.

The law on insulting the president or vice-president, which carries a jail sentence of up to three years, is also complaint-based and can only be triggered by the office holders themselves.

But under the new code, people can be prosecuted for expressing views contrary to Indonesia’s national ideology, as well as for peacefully protesting without authorisation and for acts of blasphemy, which carry a penalty of as much as five years in prison.

He hit out in particular about the toughening of laws protecting religion. “The global trend now is to use blasphemy law as minimum as possible,” he said. “Most western countries have abandoned it.

“Indonesia now is the only country in the world that expands its blasphemy law and to insert an apostasy law into its penal code.

“Anyone who persuades someone to be a non-believer could be prosecuted and jailed. It is a setback for already declining religious freedom in Indonesia."

The new penal code will not be activated immediately. It is due to come into force in three years.

with Reuters and Bloomberg