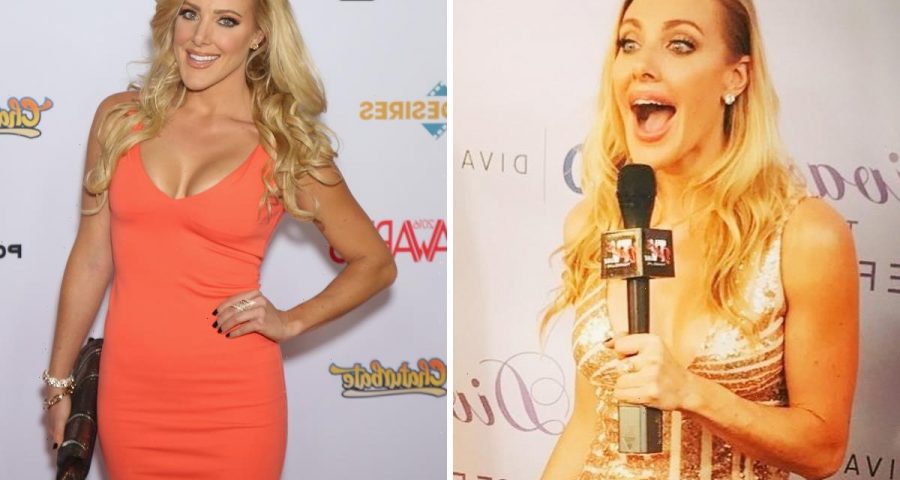 KATE Quigley is still recovering in hospital after reportedly taking fentanyl-laced cocaine at a party in LA on Saturday that killed comedian pal Fuquan Johnson and two others.

Quigley, 39, was found unresponsive by police inside the plush $1.8 million apartment she rents on the Venice Canals early Saturday morning. 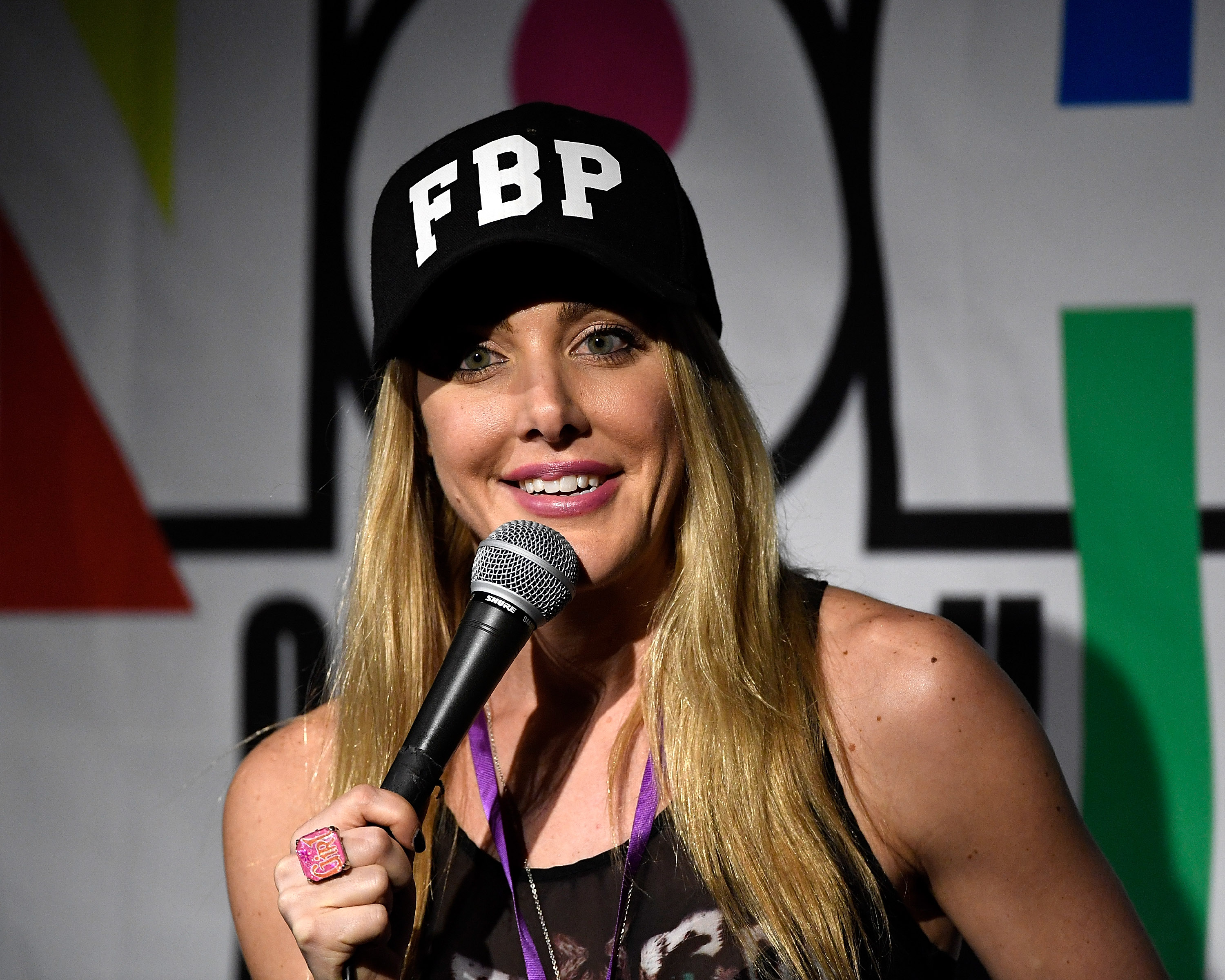 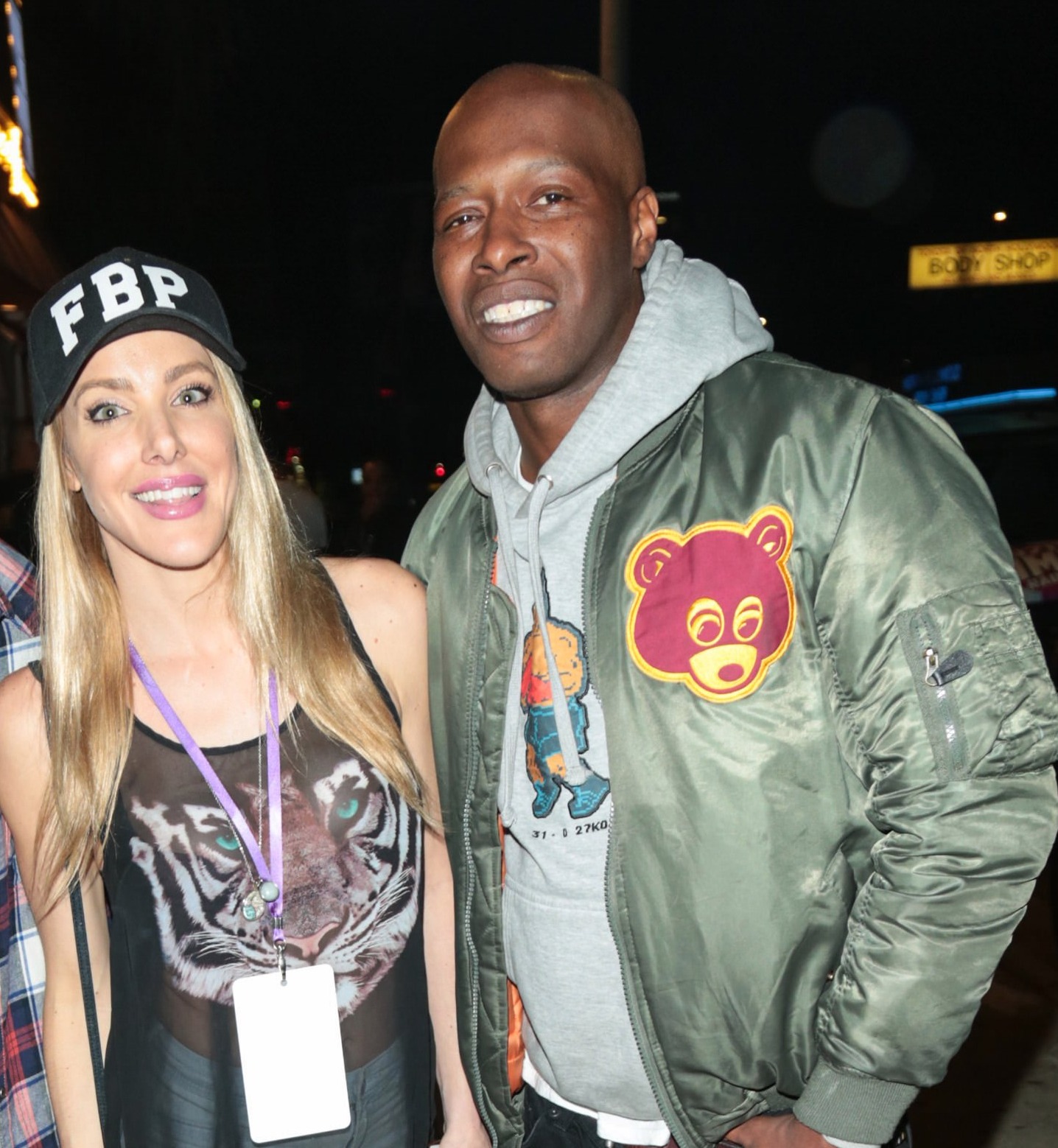 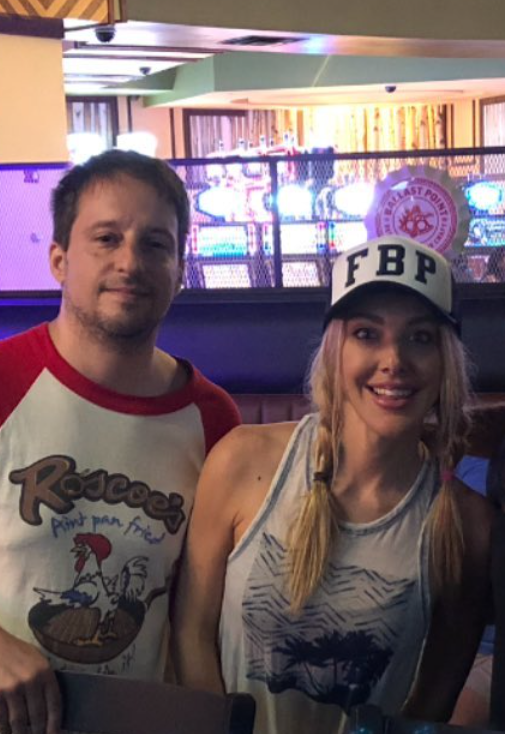 Johnson, 42, was pronounced dead at the scene alongside fellow stand-up Enrico Colangeli, 48, and 33-year-old Natalie Williamson.

Quigley, meanwhile, was rushed to hospital in a critical condition but is expected to survive.

No updates have been given about her recovery. However, she texted a friend on Saturday evening telling them: "I'm alive. I'm not great. But im. Ok."

Investigators believe the four friends all consumed a batch of cocaine that had been laced with fentanyl, a powerful synthetic opioid that is more than 50 times more potent than heroin.

Autopsies will be carried out on Johnson, Colangeli and Williamson this week to confirm their official causes of death.

The Los Angeles stand-up community has been in mourning over Johnson's death since news of his passing was first reported by TMZ on Saturday evening. He was a regular on the circuit for more than a decade.

Quigley has also been inundated with prayers and well wishes on social media, with comedians and fans urging the 39-year-old to "pull through."

Quigley is an American comedian, actress, and model who has been featured on various shows and currently hosts the #DatingFails podcast.

Originally from Canton, Ohio, Quigley discovered her love for standup while working on improv at the Chicago College of Performing Arts.

But comedy was something she always immersed herself in, even when she was growing up.

“When I was a little kid, I used to watch ‘Late Night at the Apollo,’ ‘Evening at the Improv,’ and I always wanted to act.” 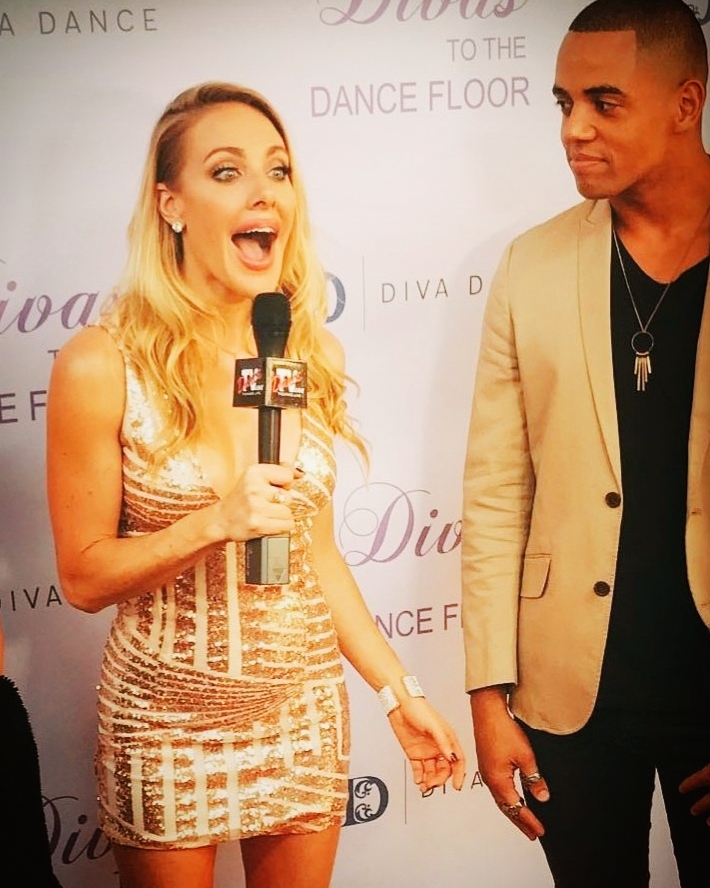 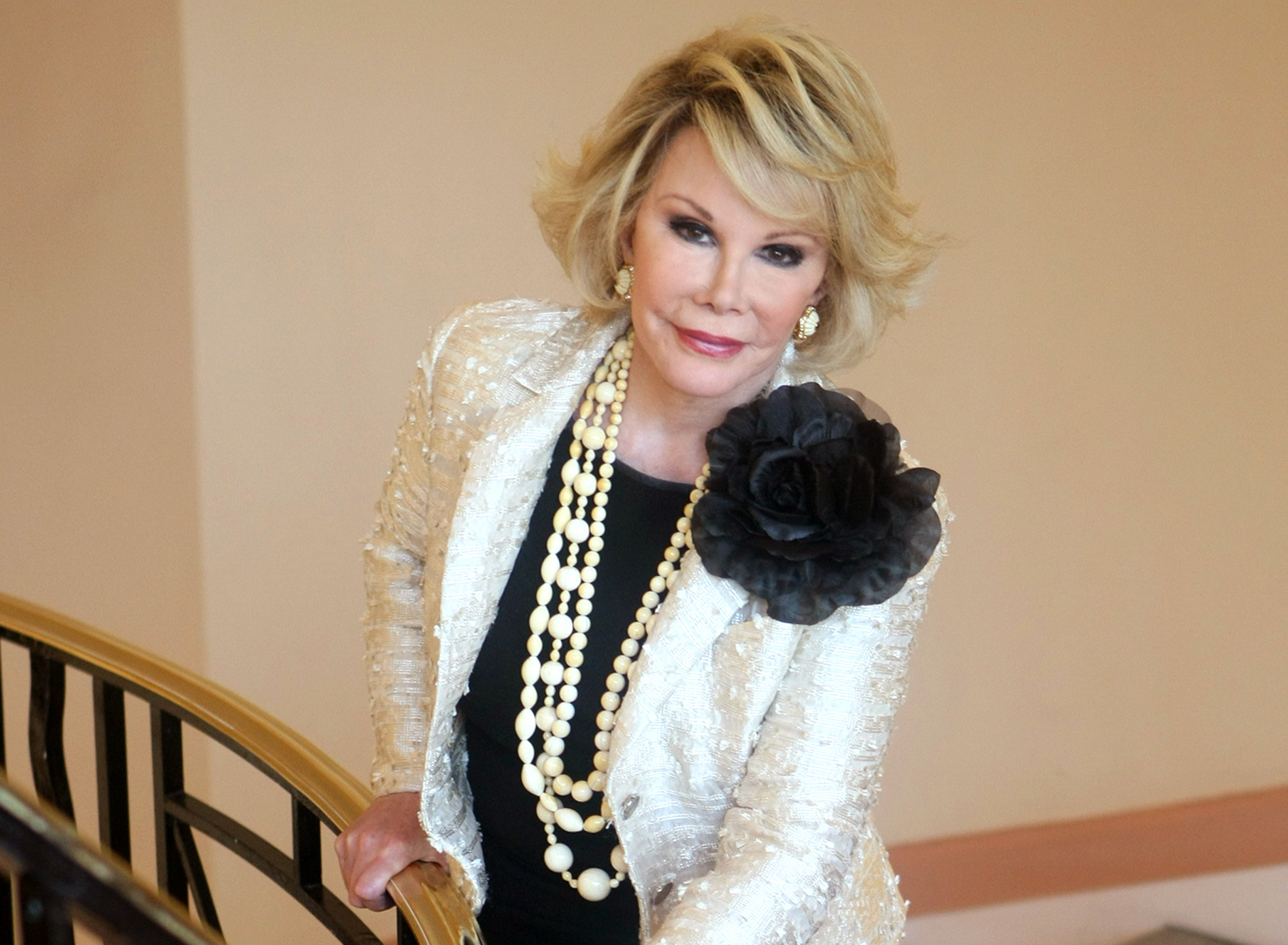 Quigley said she particularly admired Rivers because she was the "first female comic to not give a f**k."

"She broke so many stereotypes about women," she told Naples News in 2016. "She wasn’t afraid to talk about sex or plastic surgery. Really respect people who go up there and they’re themselves."

Quigley, who often discusses sex and relationships in her own material, started dabbling in stand-up and open mic nights after she moved to the Windy City in the early 2000s.

“I started to realize I liked making people laugh the most," she said. "That was my favorite thing.”

At age 18, she concocted an elaborate plan to get herself to California so she could pursue her dreams.

"I was going to join the military,” she told the Canton Rep. “That was gonna be my way to get out there. I basically signed up, and then the day of boot camp, I chickened out and ran away!”

Instead, she remained in Chicago which is where she says she really honed her craft.

“It got to the point where I thought, ’I’d rather do this on stage alone. Once I started, like a lot of comics, I fell in love with standup.”

It was a chance encounter with an elderly man at a bar in 2006 that really spurred her on to finally move to LA to pursue a career in comedy.

She had been working as a Miller Lite Girl at the time when the man, who was in his 70s, asked her what she wanted to do in life. 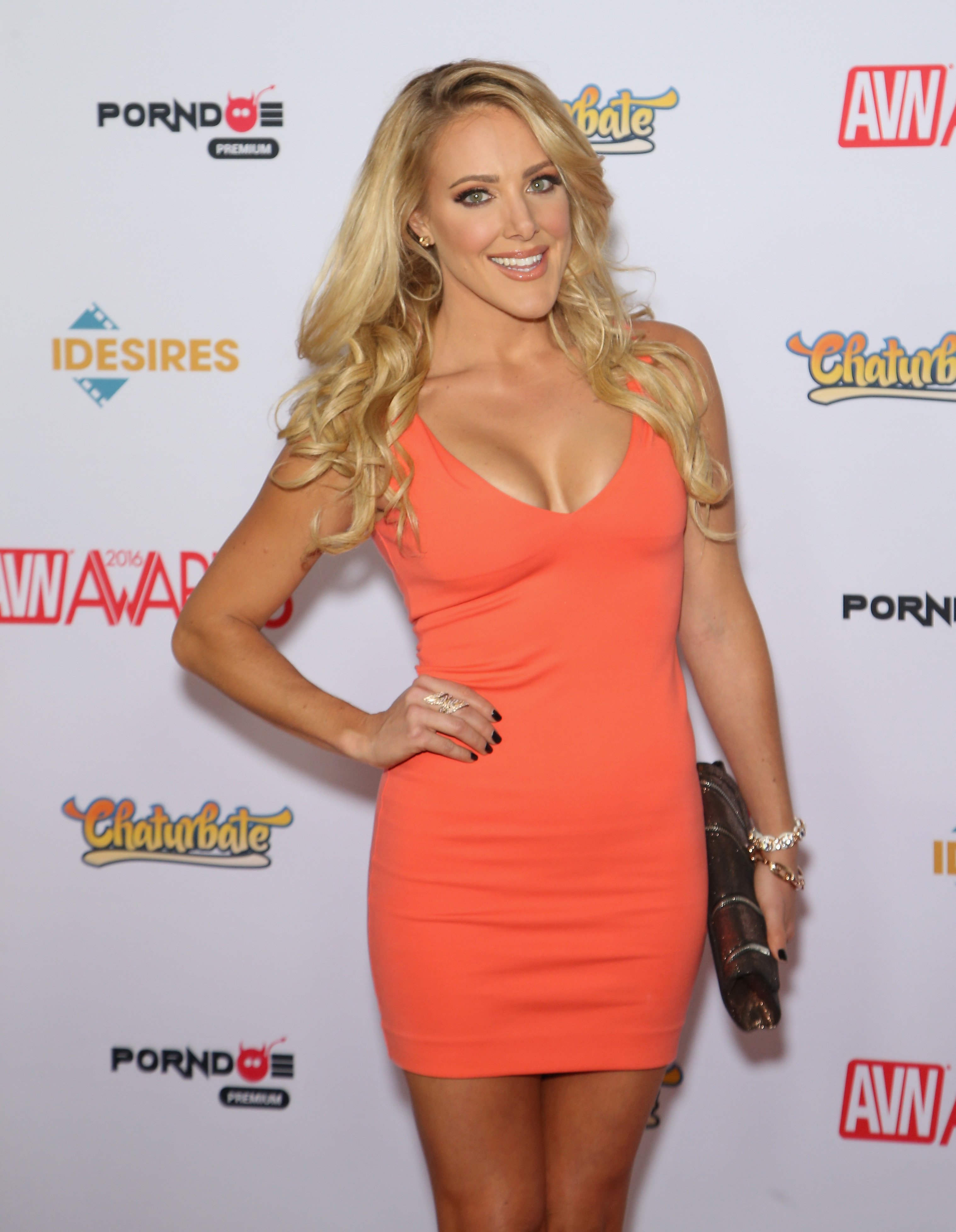 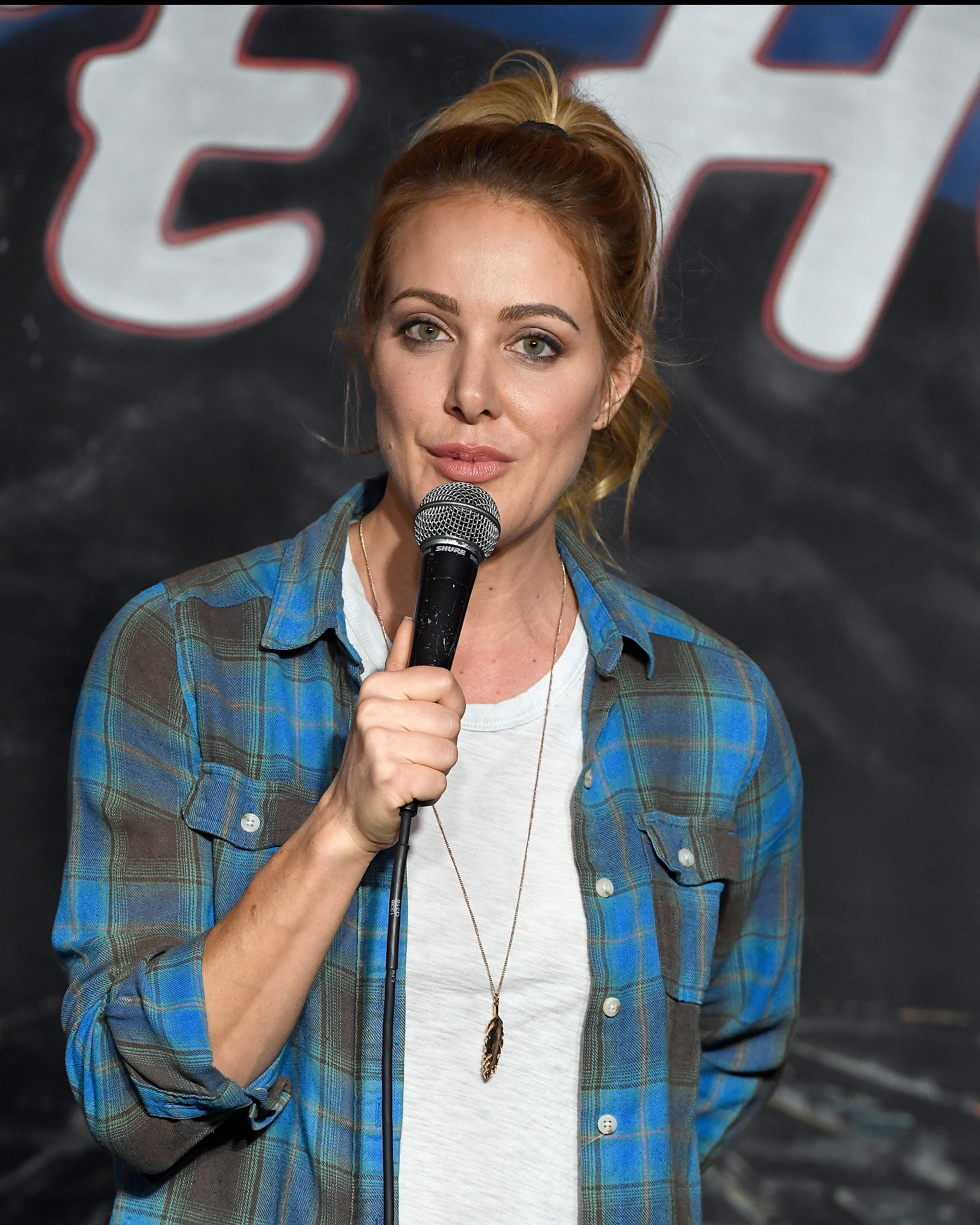 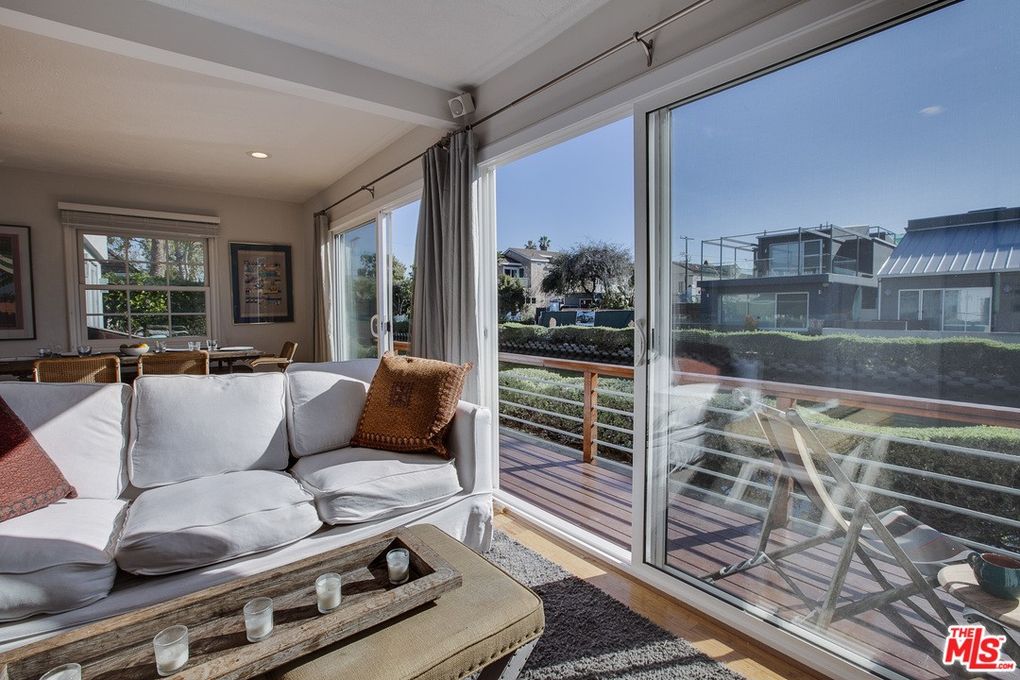 Quigley, who was married at the time, returned home and told her husband "I’m moving to L.A. I’m not putting it off."

Three days later she said she packed up all of her stuff and drove to Los Angeles, never to return.

“I remember saying, 'This guy was here for a reason,' " Quigley said. "If you fail, who cares? You won’t be sitting at a bar someday being sad about it.”

'ROLLING WITH THE BOYS'

Over the next decade and a half, Quigley immersed herself in LA's vibrant stand-up scene, landing admirers in the likes of fellow comics Joey Diaz, Andrew Dice Clay, and Dom Irrera, among many others.

She's also appeared in a number of movies and TV shows, including The Office, Star Trek: Hidden Frontier, My Super-Overactive Imagination, and Apartment 9.

In 2017, she told the Canton rep that her rise to fame has not been lost on her.

"It hits me all the time,” she said. “I’ll be [at a show], and there will be moments I’m on a lineup with all the amazing comics, and I’ll be like, ‘I can’t believe I’m even sitting in a room with these same people.’ Comedy is a real small community, and that’s my favorite thing about standup.

"If you’re a comic, you can go to a comedy club in New York or L.A., and it’s like going to a high school reunion every night. I walk in, and I’m instantly with a bunch of friends.” 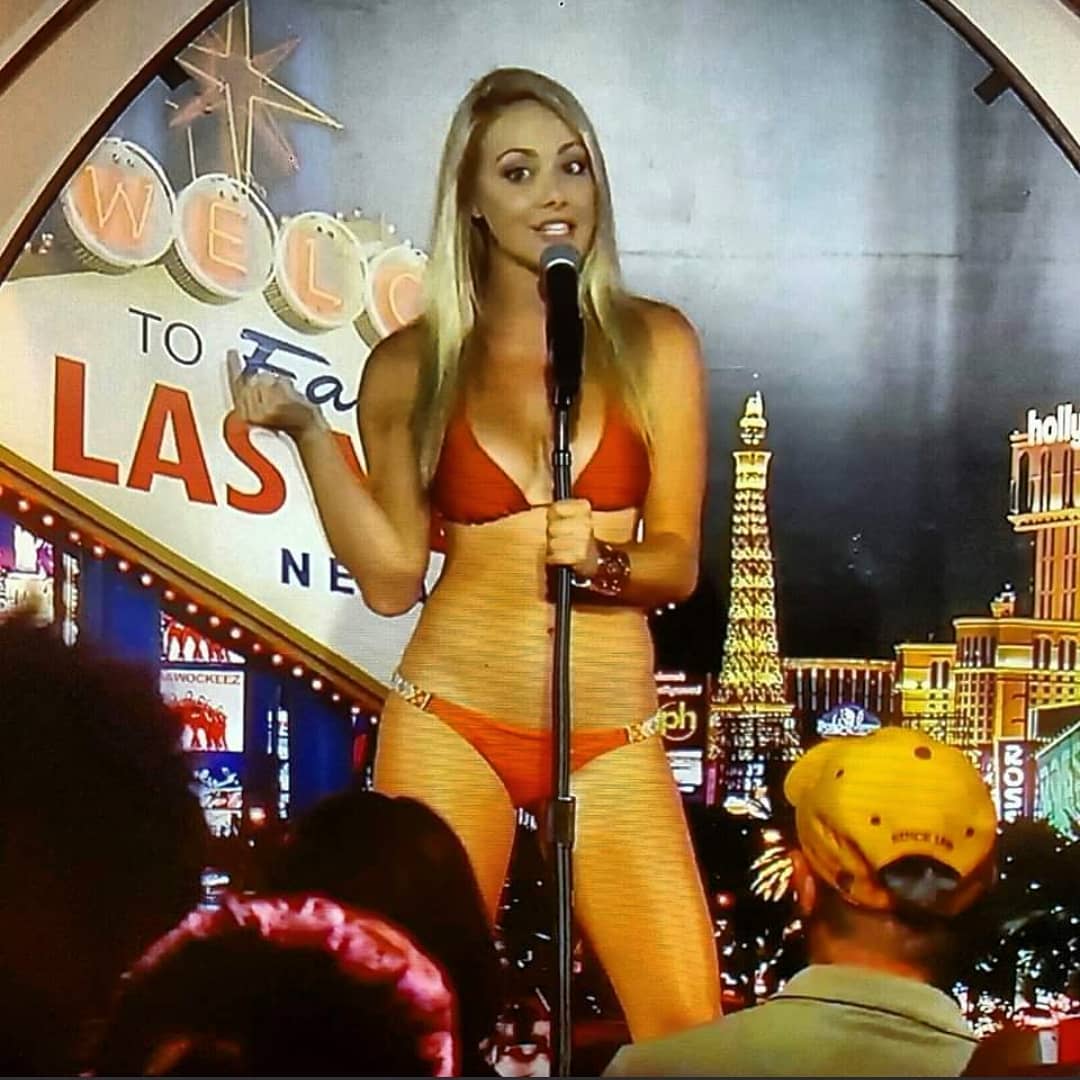 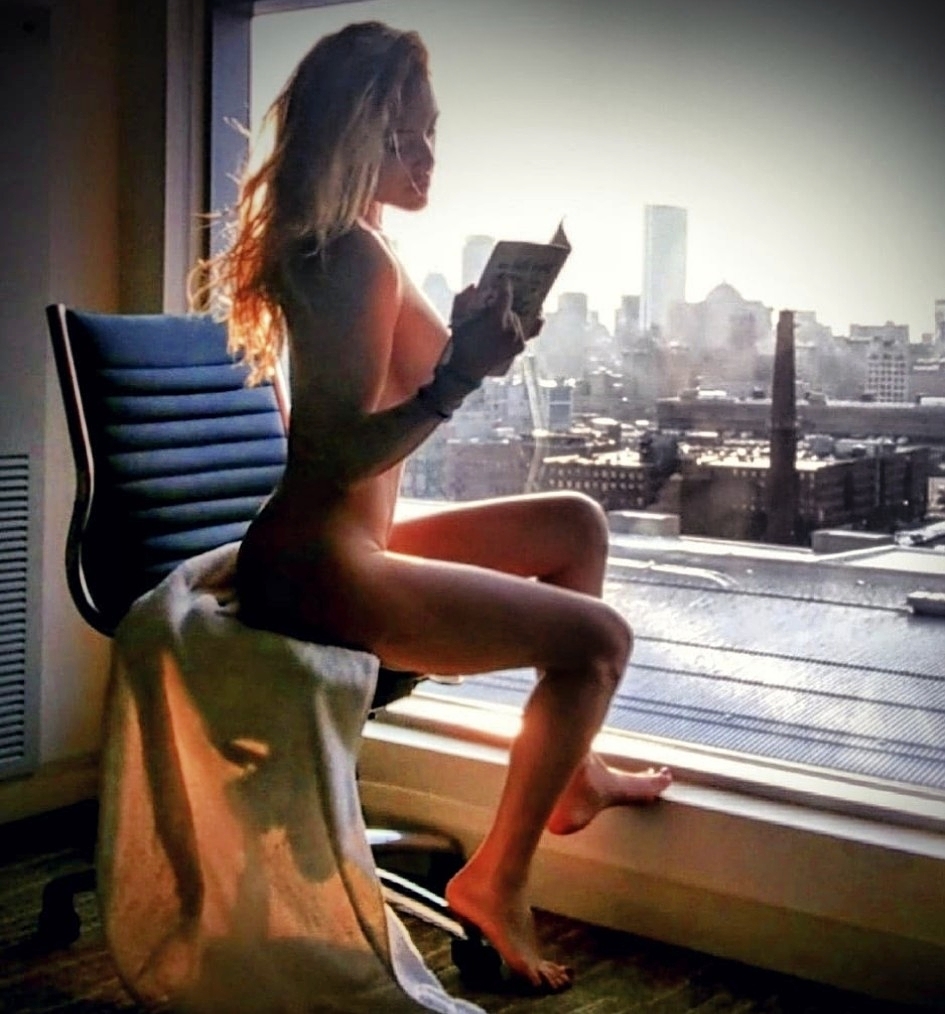 She did, however, admit that being a woman in comedy does come with its challenges.

“You have to be able to roll with the boys,” she said. “Female comics, we start to become a little more guy-like sometimes, because we’re around guys so often.

"A lot of people don’t think women are naturally as funny. It’s just that there are not as many female comics. The ratio is the same — there’s a lot of guy comics who aren’t funny.”

Quigley also said that her material can also sometimes attract the wrong kind of attention.

"It’s interesting, because I do a lot of jokes onstage about trying to find love and how I’m in my 30s and I’m in heat right now, and it’s just jokes.

"But then of course, after the show, guys will come up to me and be like, ‘So, I can help you out with your problems.’”

'TONE DOWN THE SEXY'

Quigley said she was once advised to "tone down the sexy" if she wanted to be taken seriously as a comic.

She responded to the remark by wearing a pink two-piece bikini on stage during a show in Ontario and uploading the set online, which racked up thousands of views.

“If you’re funny, you should be able to make it work no matter what," she told the Naples Daily News. “I wanted to do it once to prove the point.”

More recently, Quigley made headlines last year when she started dating Hootie & The Blowfish singer Darius Rucker, shortly after his divorce from wife Beth after 20 years of marriage.

A Page Six report said Quigley and Rucker started out as friends but found love in quarantine.

In May of this year, Quigley shared a photo of herself with Rucker wearing matching T-shirts with the caption: "These couples are the worst".

The pair split up a few months ago, reps for Rucker have confirmed. The reason for their separation is unclear. 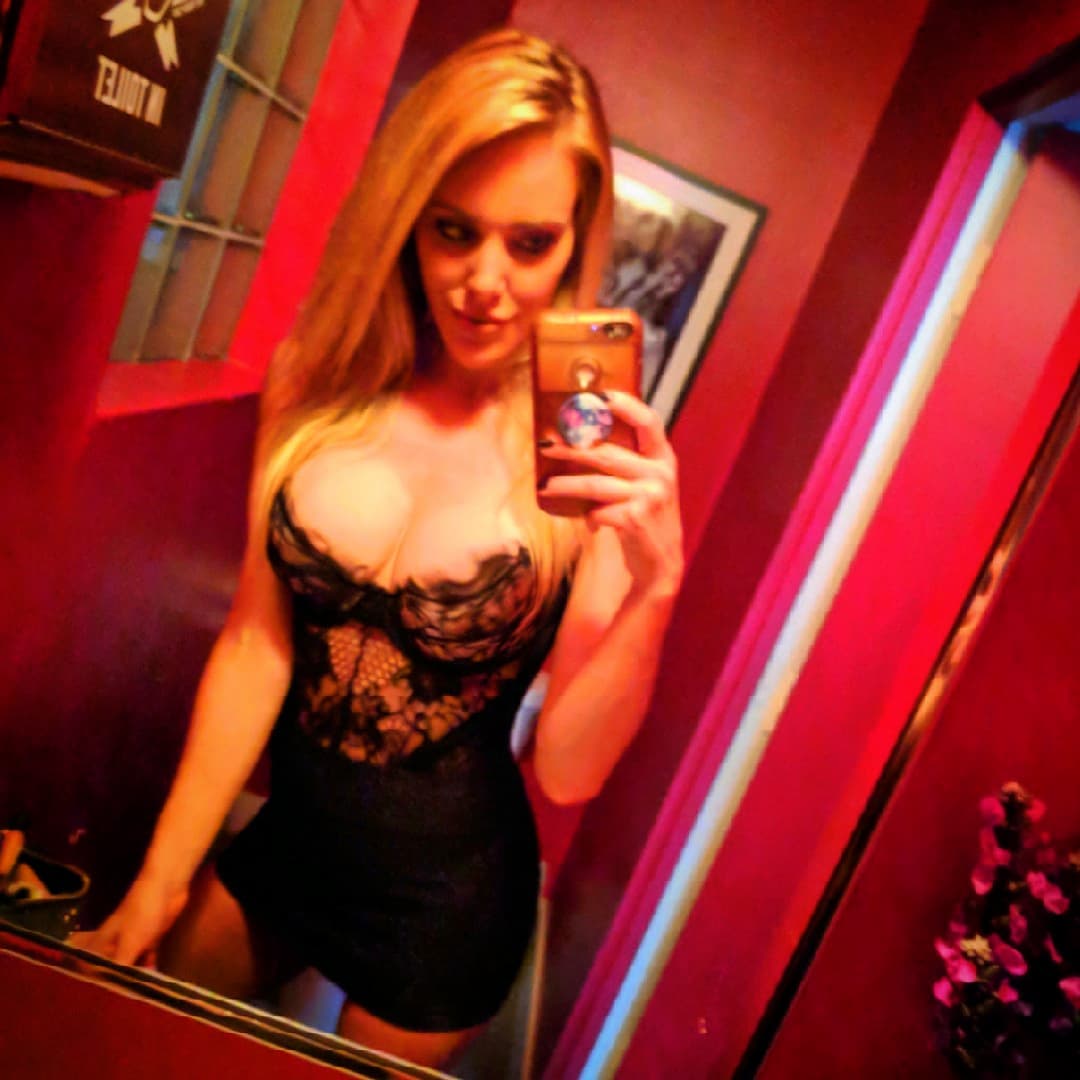 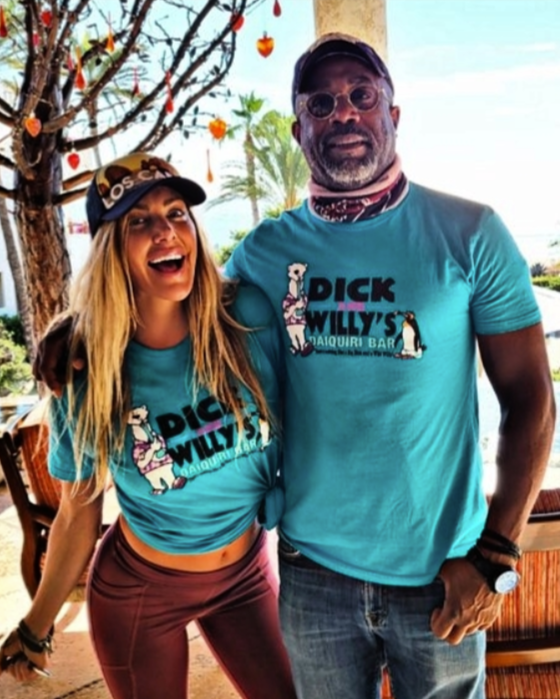 At the time of her hospitalization on Saturday, Quigley had recently wrapped on a TV movie titled, What's Wrong With Men?

Quigley also hosts the podcast #DateFails, runs an OnlyFans account, and is a regular performer at the Improv, Laugh Factory, Icehouse, Comedy Store, and Haha Comedy Club in Hollywood.

Johnson and Colangeli were also frequent performers at the HaHa. Quigley had been friends with the pair for a number of years prior to their fatal overdoses at her home.

In an Instagram post on Saturday, the Haha wrote: "We lost two HaHa Family Members," along with an image of Colangeli and Johnson smiling.

Jack Assadourian Jr., whose parents own the HaHa, told The Sun that he will be hosting a memorial for Johnson and Colangeli in LA on Thursday to commemorate the two men, both of whom "had a heart of gold", he said.

Calling Johnson and Colangeli "two of the most important people" in his life, Assadourian, 36, said he had known the pair for more than a decade and at one time lived with them both.

"They both were the life of the party and would light up a room. You always wanted to be around them," he said, adding the three would talk or see one another around six times each week.

"We did shows together, toured together, spent holidays together, birthdays and major events – or even it was just on Monday," Assadourian added.

Quigley's current condition remains unclear, though she's believed to still be in hospital.

Friend and fellow comic Jennifer Sterger tweeted on Saturday that she had been asked by Quigley's "medical team that people refrain from calling or showing up at the hospital."

"They have been inundated with requests for information on her status which they legally can’t share with anyone other than designated parties," she wrote.

"Plus the influx of extra people makes it difficult for them to attend to all of their patients. And they like most hospitals are at capacity right now.

"Thank you for all the kind words & prayers, please keep them coming. It takes a village." 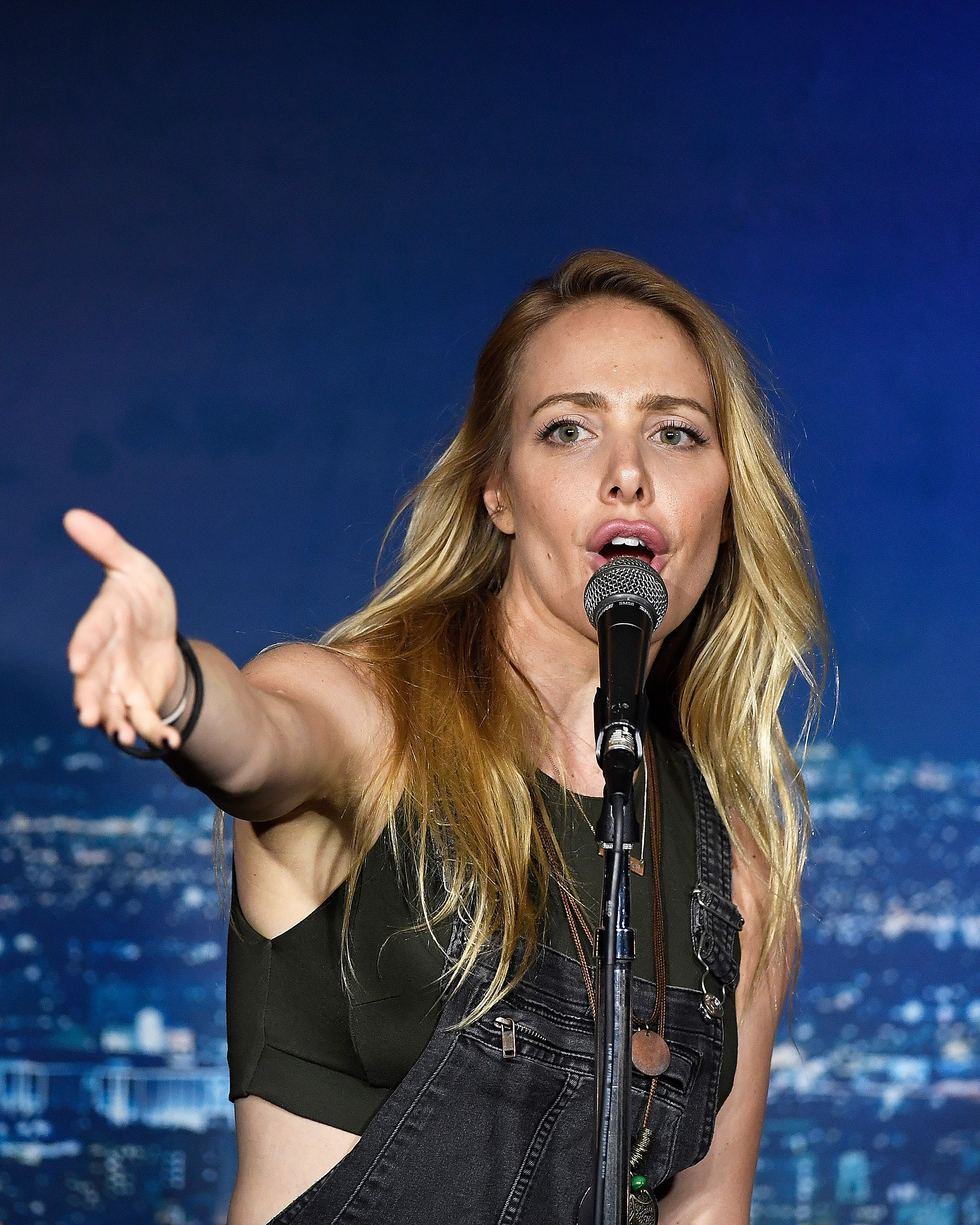 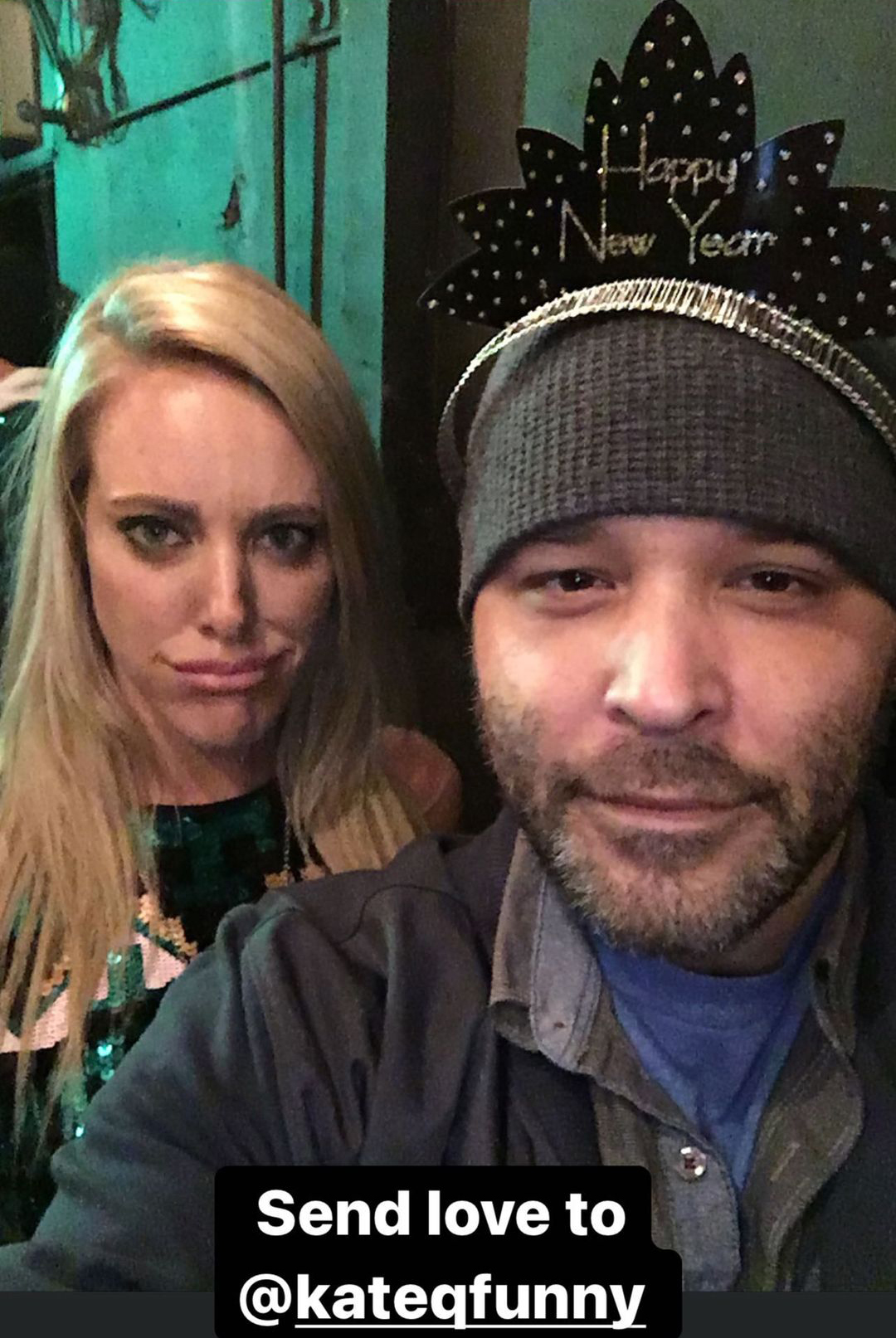