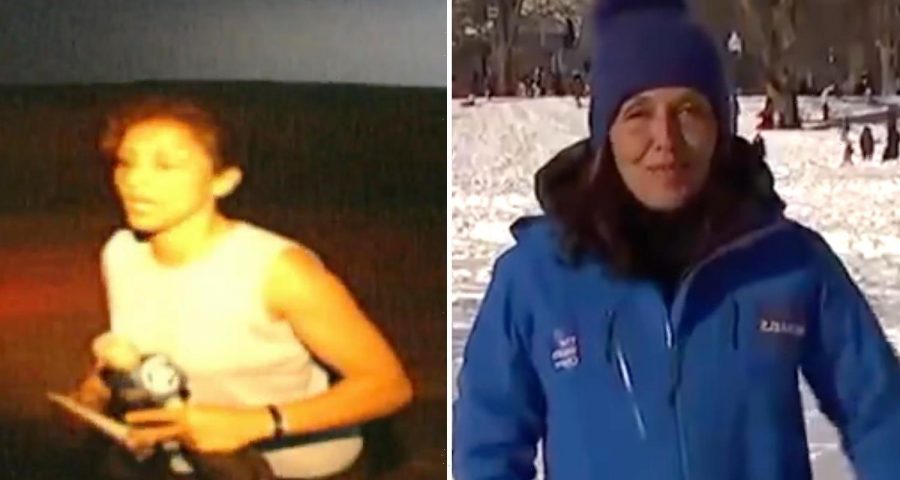 MISH Michaels said she spent her life searching the skies after a devastating twister ripped through her home when she was in kindergarten.

The renowned meteorologist passed away at the age of 53, her family confirmed Wednesday. 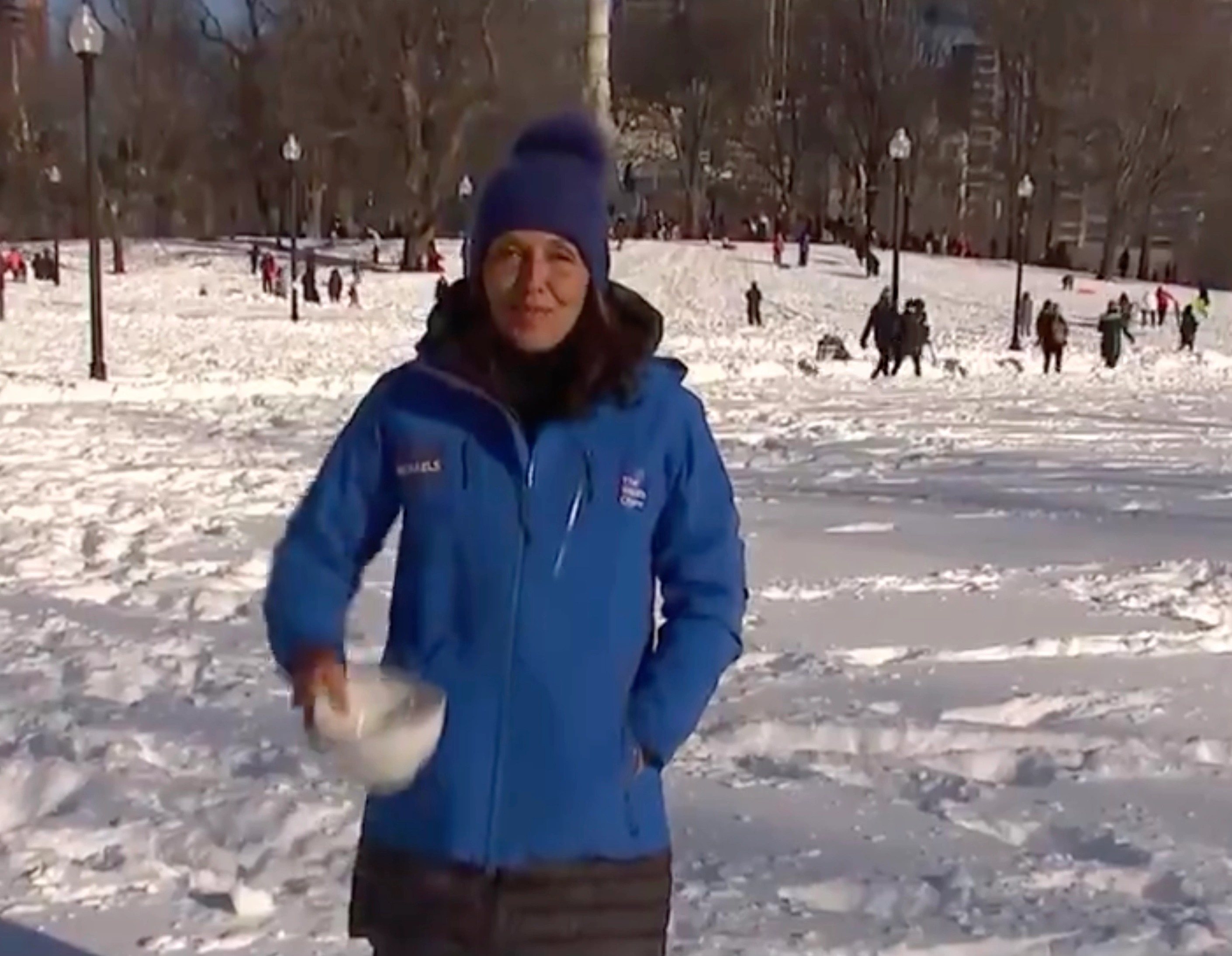 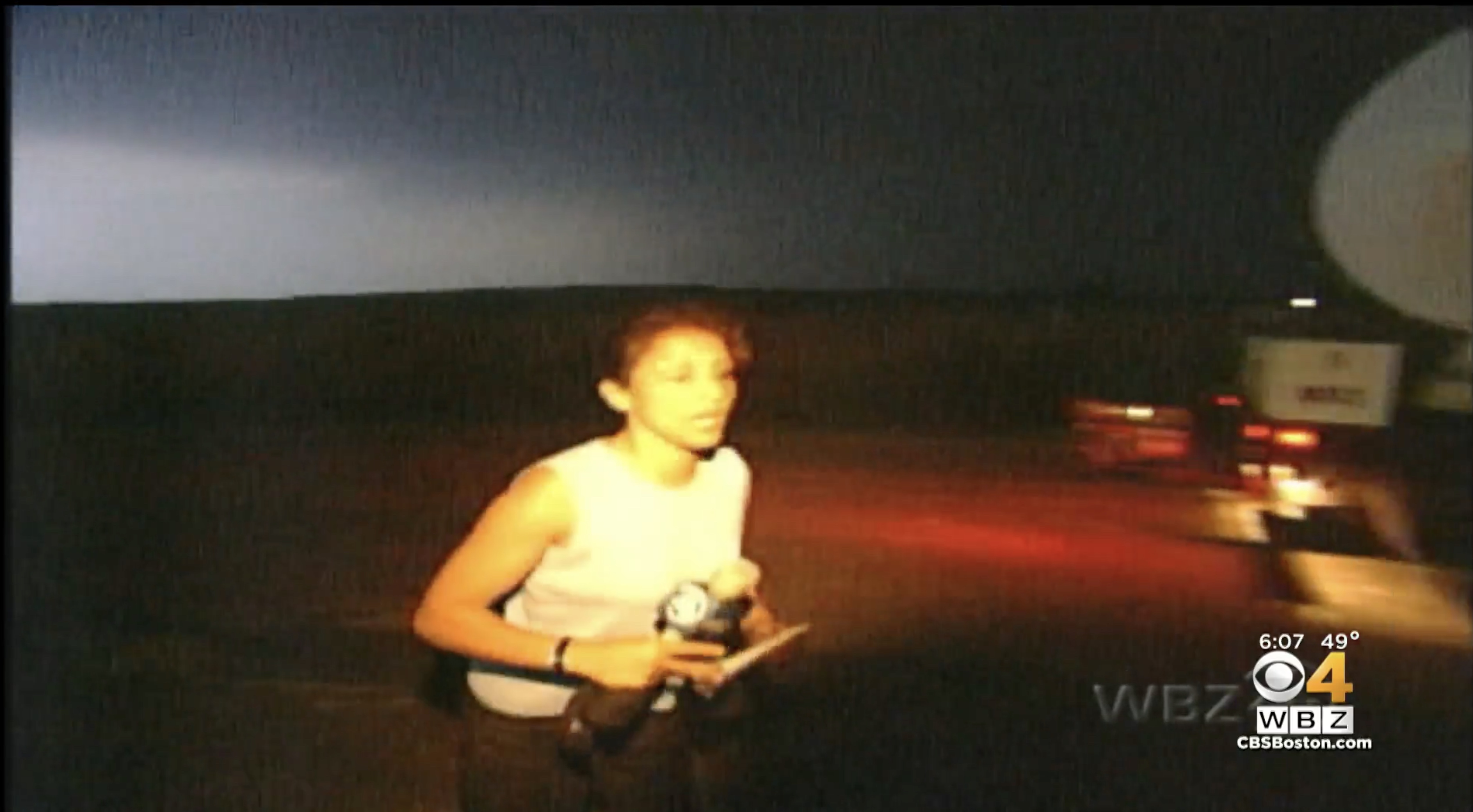 Michaels began her career in New Hampshire before jumping over to Boston, where she appeared on local outlets WHDH-TV and WBZ-TV.

Bosses at WBZ-TV dubbed the weather reporter as “curious” and someone who loved science.

They said the broadcaster “chased tornadoes and flew into hurricanes” as she shared her enthusiasm for the weather with viewers.

In her LinkedIn profile, Mish recalled that a tornado ripped through her apartment complex in Baltimore when she was in kindergarten. 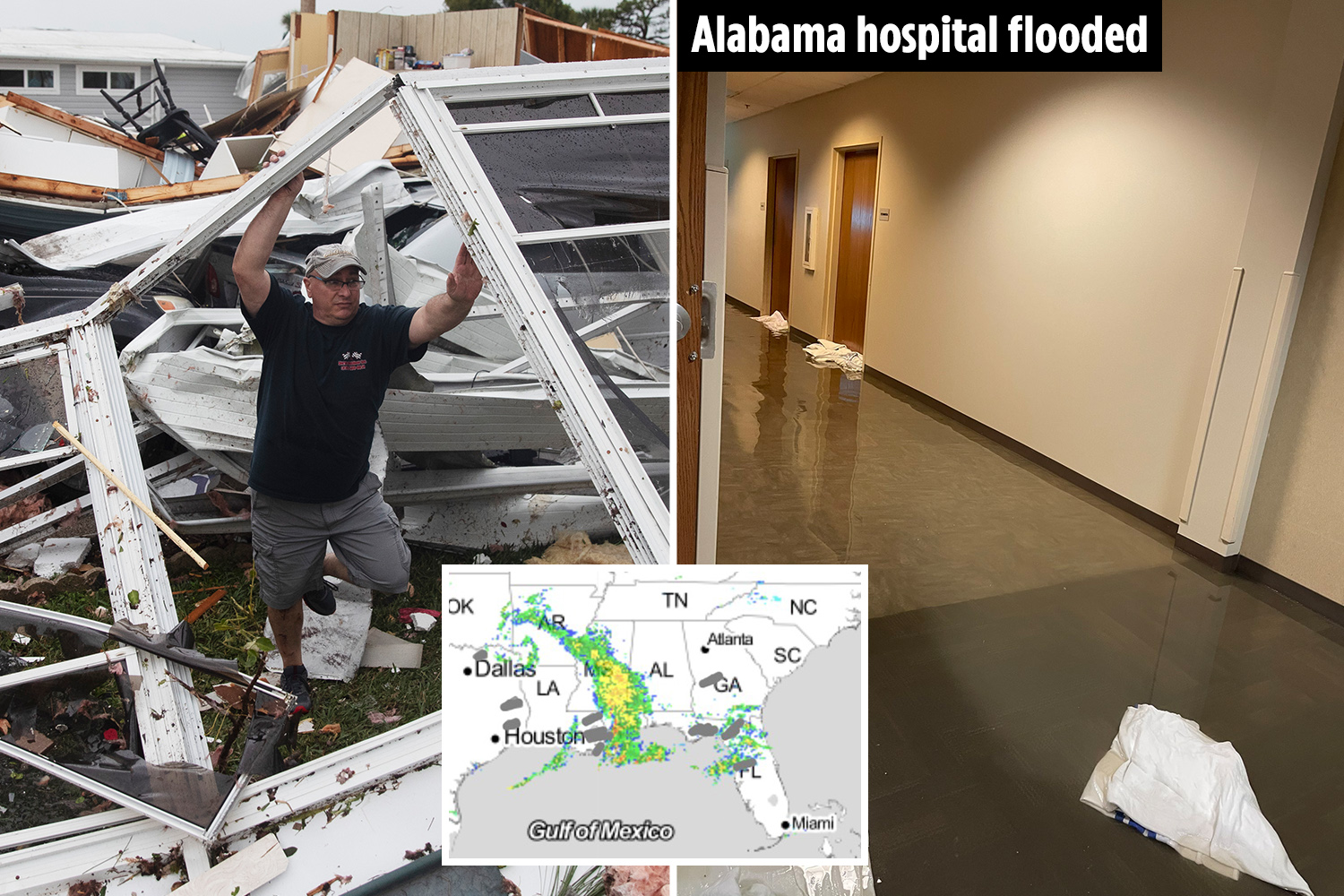 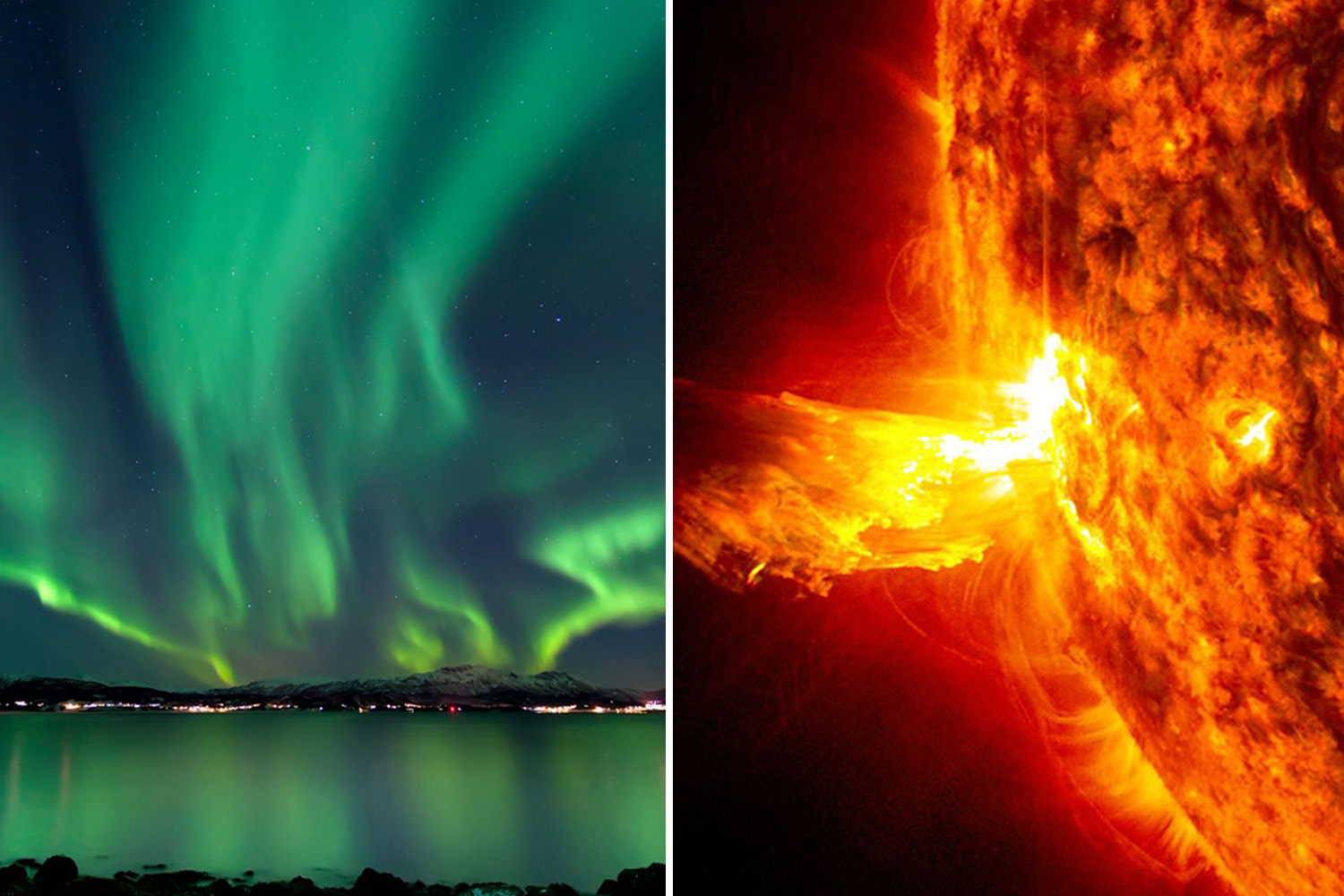 She said the traumatic event inspired her curiosity to “search the skies”.

Mish received a Bachelor of Science degree in Meteorology from Cornell University in Ithaca, New York.

She also got a master’s degree in Technology from Harvard University.

Mish was also awarded a science journalism fellowship to study at Woods Hole Oceanographic Institute and won an Emmy during her career.

The Woods Hole Oceanographic Institute is home to at least one Nobel prize recipient.

Mish worked at WHDH and The Weather Channel before joining the team at WBZ-TV in September 2001. She was at the outlet until July 2009.

In 2011, Mish addressed the Massachusetts Legislature in a bid to add parental consent to the list of reasons why kids without vaccinations can attend school.

Massachusetts became the first state to require children to be vaccinated to attend school in 1855.

Lawmakers at the time wanted to protect kids from viruses and contagious diseases.

Mish recalled that she and her husband have a relative that contracted leukemia after allegedly being exposed to vaccines and pesticides, the Globe reported.

Experts at the Centers for Disease Control and Prevention say the US has the safest and most effective vaccine supply in its history.

Scientists are required to test vaccines for years before they become law.

And, officials at the CDC constantly monitor vaccines for any side effects.

In January 2017, Mish said that she had been appointed as a science reporter for the radio station WGBH.

She tweeted: “I’m back on the science beat. I will be producing stories for WGBHs public affairs show ‘greater Boston’.”

She encouraged Americans to pitch science ideas for potential stories.

But, weeks later she was told that she wouldn’t be taking up the role.

In an email seen by the Boston Globe, she said that she had “worked tirelessly” as a broadcaster and reporter throughout her two-decade journalistic career.

She said: “I was eager to return to that role after eight years of exclusively raising my daughters.”

But, she was told that she was not going to be working for WGBH.

Bosses said it was a “personnel matter”, but Mish claimed that her views as a private citizen had been “positioned inaccurately”.

She reiterated: “I have never claimed that I don’t believe in vaccines.”

A cause of death was not revealed.

The post read: “It is with great sadness that we share the news of the passing of our beloved Mish Michaels.

"Our family is devastated by her loss. She was a devoted mother, wife, daughter, auntie, friend, and stellar equestrian, as well as an award-winning broadcast meteorologist and environmental reporter.

"Mish had the ability to brighten up every room she entered. Her professional success was monumental, but so was her commitment to helping others through her philanthropic work."

Dozens of tributes have been paid to Mish by news reporters and fans online.

One fan said: “Back in middle school, Mish Michaels hosted a few middle school girls at a special science forum for grown-ups, myself included, to encourage women to enter STEM/STEAM jobs.

"I remember her fondly. Rest in peace.”

WBZ-TV Executive Weather Producer Terry Eliasen said: “For those that didn’t know her, I feel I cannot possibly portray just how amazingly brilliant she was. For those that did, you know… there are simply no words.

“Mish was so many things to so many people. A brilliant meteorologist. A dear friend.

“A loving wife and mother. She was one of those rare human beings that excelled at everything she did. Most knew her from her many years on TV in Boston.”

"I had the privilege of learning from her during a camp my senior year of high school.”

And NBC correspondent Chris Pollone said: “Mish Michaels was easily one of the most popular Boston TV personalities of the 90s and early 2000s.

"It was a thrill to see her pop up on the Weather Channel during the Jan. blizzard. My condolences to everyone who knew her.”