AS hooded men face each other with their lit torches in the dead of night, their leader asks an ancient god for strength in a coming race war.

This might sound like a terrifying American cult, but this is the scene at various historical sites in Britain today. 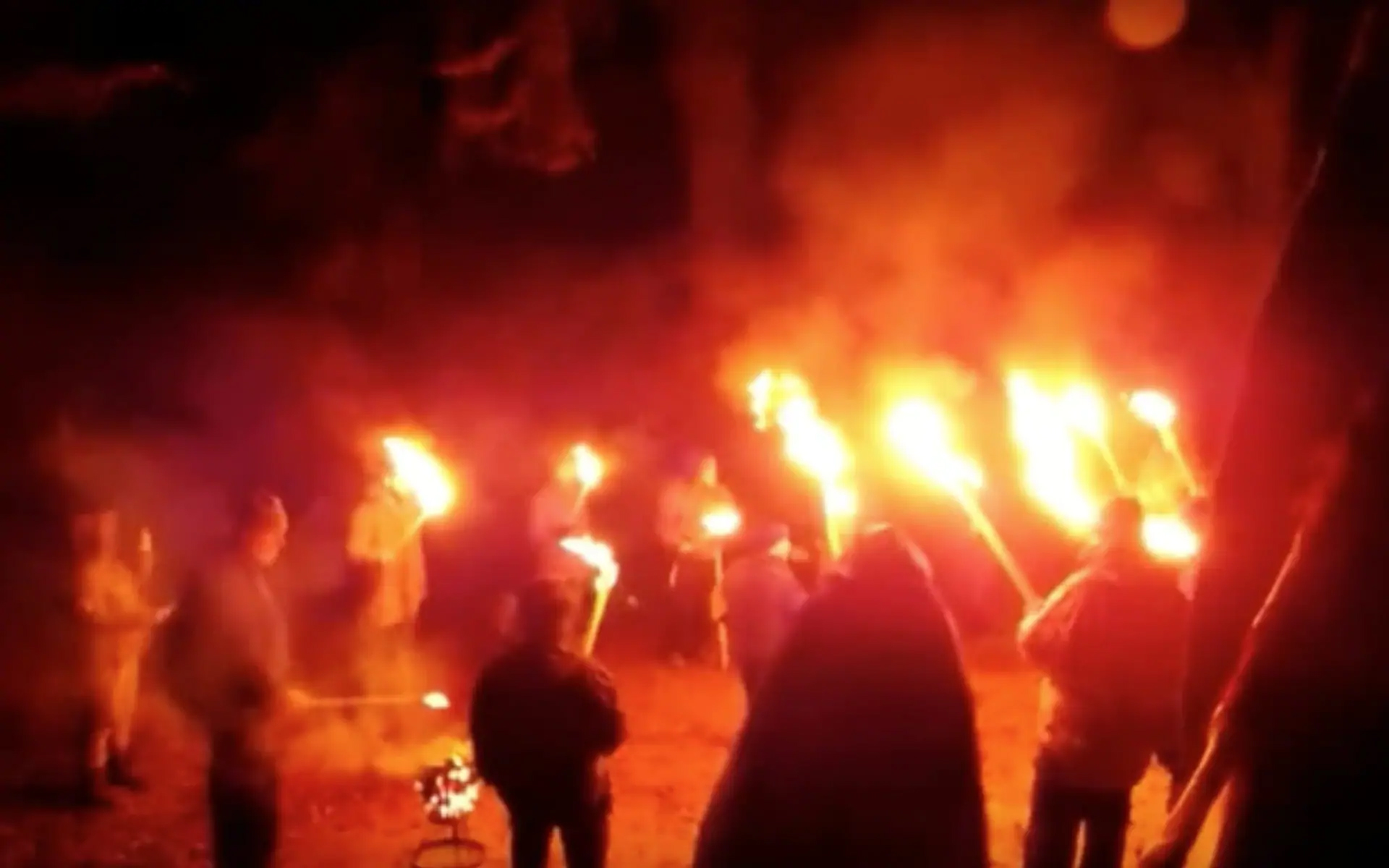 Last week, the National Trust was forced to step up its security after it was revealed that a group called Woden’s Folk performed masked rituals at Wayland's Smithy, a historic tomb in Oxfordshire.

The group are Odinists, meaning they worship the Norse war god Odin, but they also use their religion to forward ideas of an Aryan race.

They deny that they are neo-Nazis, but make use of far-right tropes and symbols.

And although Odinsim itself is not a hateful belief system, Nazis revived elements of the religion in the 1930s and 40s in order to instil a kind of "warrior religion" in the party’s supporters, in a similar way to potential jihadists.

Brenton Tarrant, who murdered 51 people in the Christchurch mosque shootings, ended his sick manifesto with "see you in Valhalla" — the afterlife for those who die in combat in Norse mythology.

And Anders Breivik, responsible for the massacre of dozens of children in Norway in 2011, openly identifies as an Odinist.

Back in Britain, people associated with Woden's Folk include Garron Helm, a former member of now banned National Action, who was once imprisoned for sending anti-Semitic abuse to MP Luciana Berger. He is pictured with a Woden's Folk flag on every page of their blog.

Similarly, Troy Southgate, who was in the National Front, also edits Wodenist literature.

Shockingly, the rituals being performed by Woden's Folk at historic sites are just the latest example of an extreme group carrying out Odinist ceremonies on British soil, believed to be on the rise since the BNP collapsed a decade ago. 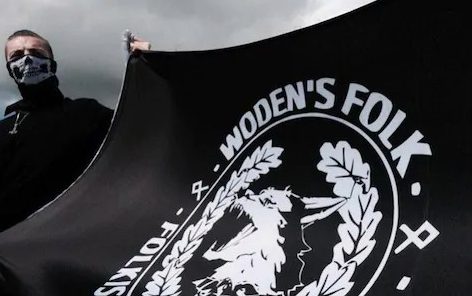 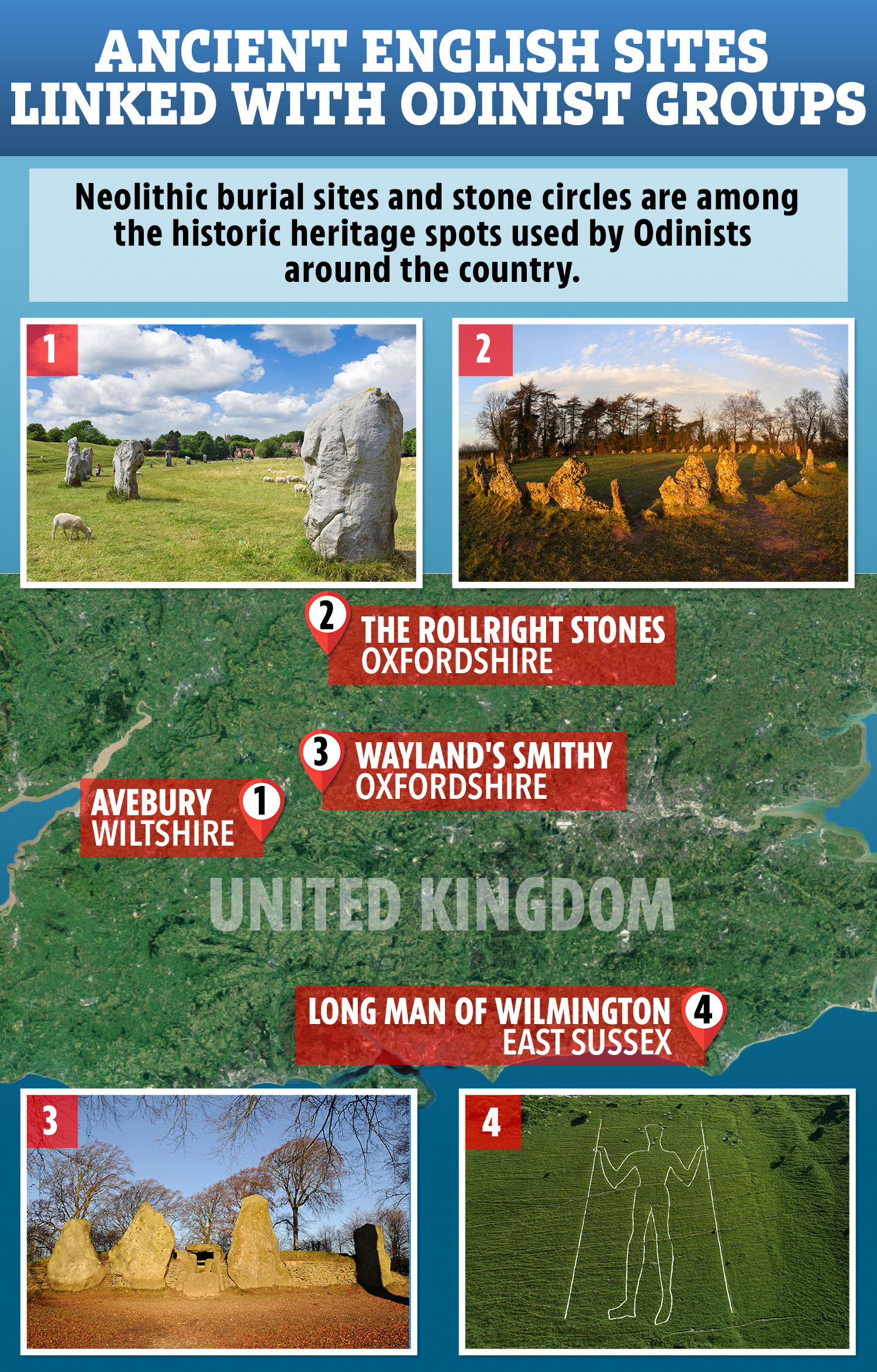 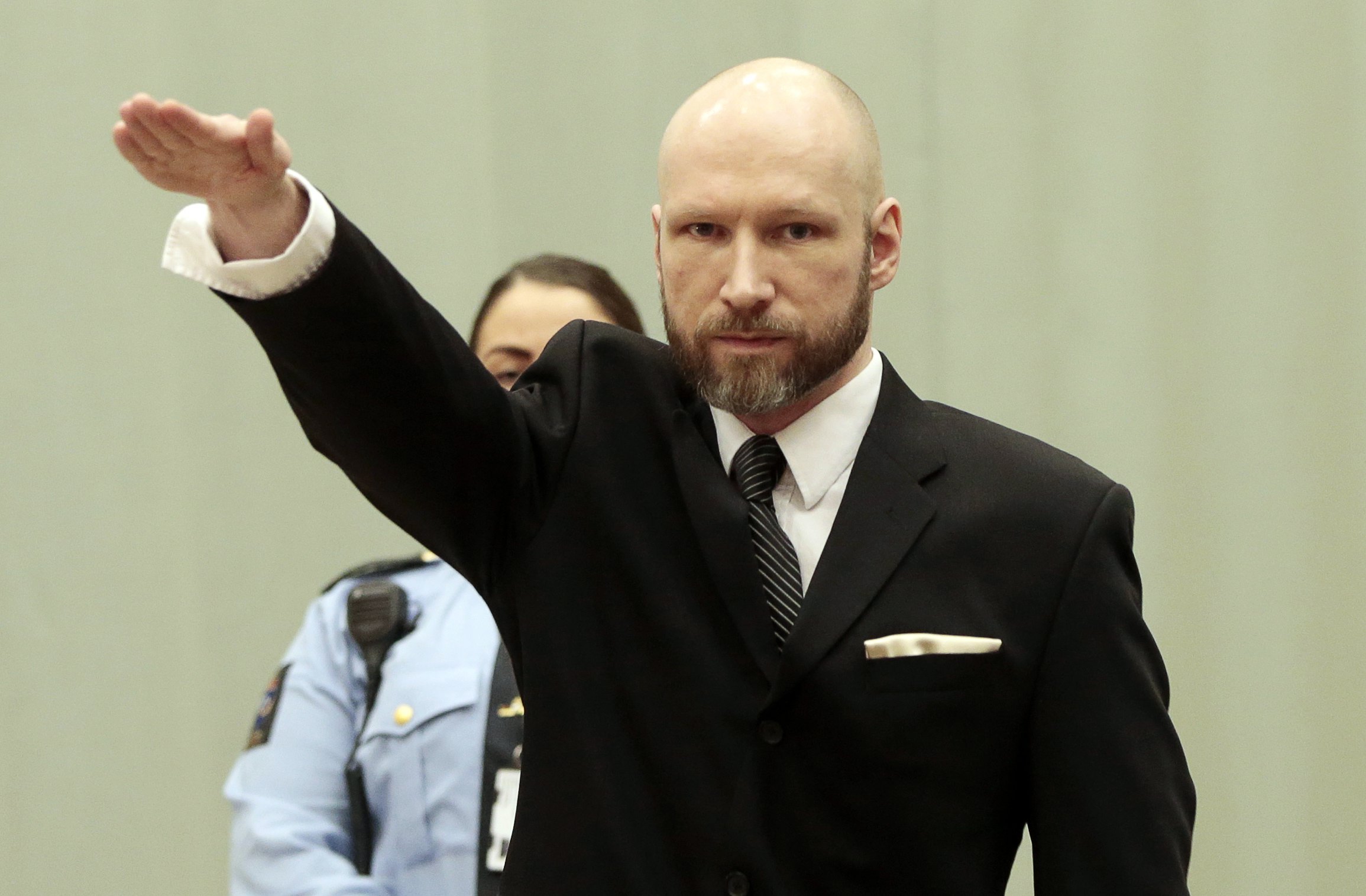 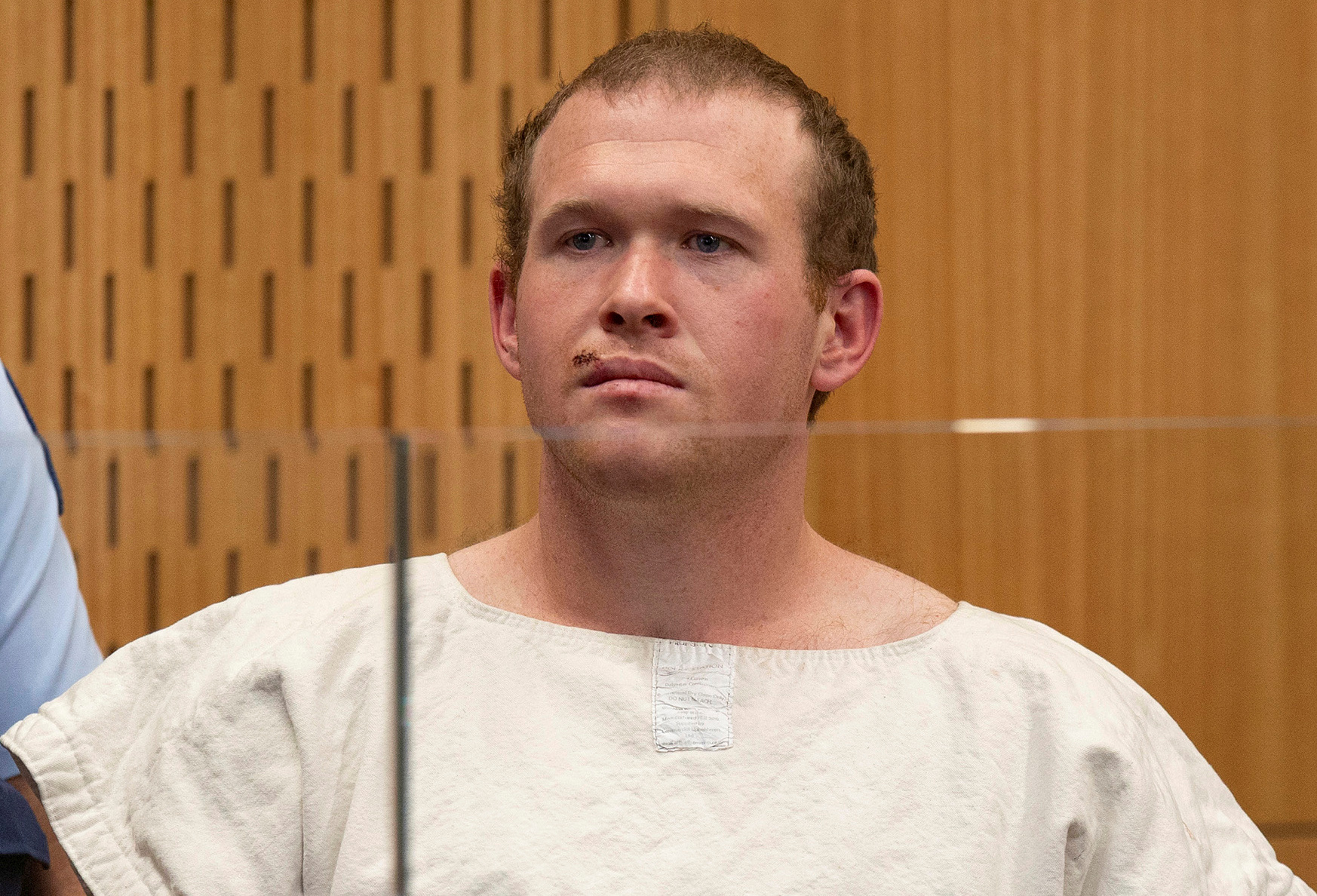 The self-styled 'vanguard of the English Revolution'

Woden's Folk was founded in 1998 by Geoffrey Dunn, a pensioner from East Sussex who calls himself Wulf Ingessunu.

The group styles itself as the "vanguard of the English Revolution" who want to reclaim ancient English sites.

There are believed to be around 50 people who associate with the group and they're understood to hold around four meetings every year.

Some of the rhetoric the group has used has led to accusations of racism and neo-Nazism, which they deny.

A Woden's Folk blog says: "We oppose the multi-racial society where various different ‘communities’ vie for a slice of the cake in a decaying and dying nation.

"This evil system has produced a hell-on-earth in which crime, violence, perversion and subversion are rife."

On a related site, they wrote: "This is why our enemies have taken control of the Summer Sunwend at Stonehenge, Avebury and Glastonbury, as well as incursions into Wayland's Smithy, Rollright Stones and other important Holy Sites around England.

"But as you take back the streets of England, so shall we take back these Ancient and Holy Sites around rural England."

The group's founder reportedly boasted that the group had held rituals at English Heritage-managed Wayland's Smithy more times than he could remember, since at least 1989. 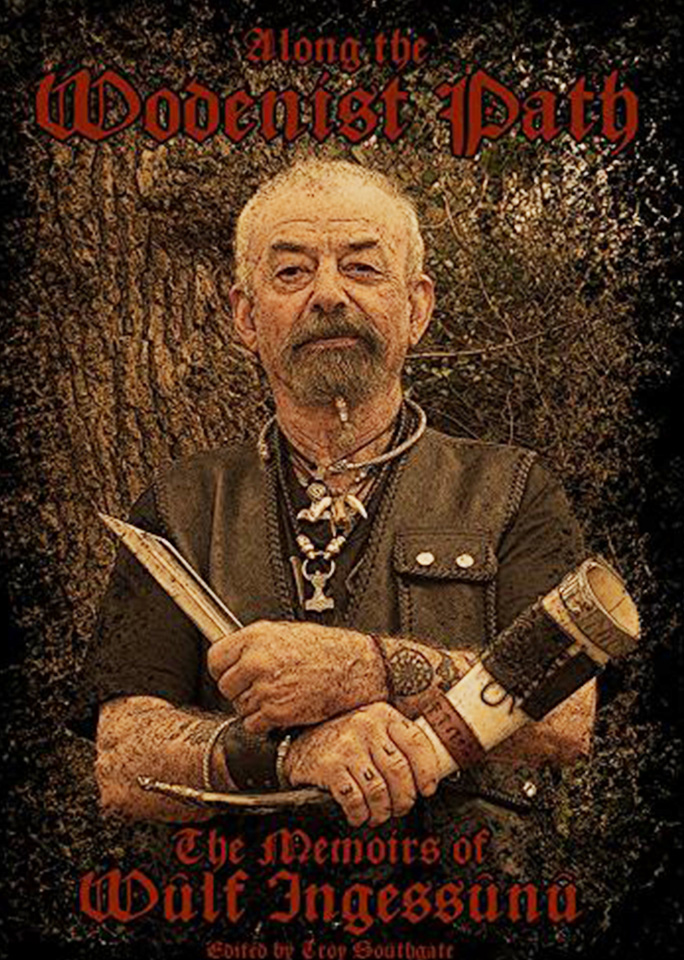 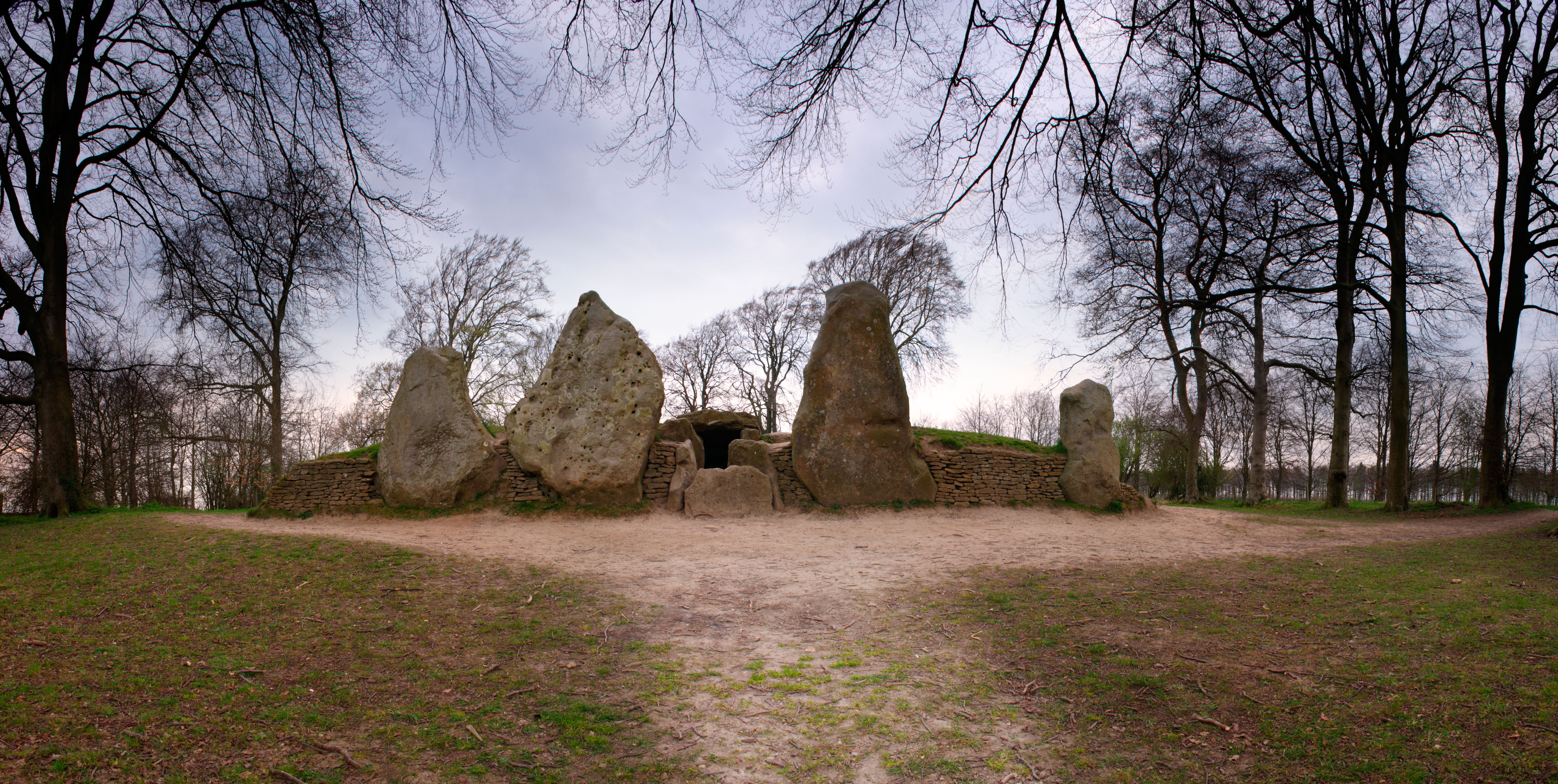 Patrik Hermansson, 26, spent a year infiltrating far-right groups in the UK and America to expose them.

As part of his undercover activities, Hope Not Hate researcher Patrik attended an Odinist neo-Nazi ceremony with members of London Forum two years ago. London Forum is an extreme right organisation, previously described as white supremacist.

The group travelled to a field outside the capital where one person, equipped with a horn and ancient Scandinavian texts, led the ceremony.

Patrik tells Sun Online: "He had two horns: one for drinking, and another for blowing in to make a sound.

"And then he also had some sort of mead."

The ritual began with the leader blowing the horn in every direction as the attendees stood in a circle.

Patrik says it then mostly consisted of readings from Scandinavian texts.

He adds: "After that you have a bit of a ritual where you say every one of Odin’s names.

"Odin has a lot of names as part of that tradition, he has over a hundred names."

They then passed the drinking horn round, prayed to Odin before taking a sip, and poured the last bit on the ground.

Originally from Sweden but now living in London, Patrik befriended neo-Nazis in order to identify their anonymous figureheads and uncover connections between groups.

As they're desperate to align themselves with Scandinavia, Patrik was welcomed with open arms.

He says that Odinism is a convenient spiritual propaganda for the far-right's darker ideals.

"These people often perceive the white race, 'Aryans', as having roots somewhere in Scandinavia often adding mythological elements to it in order to set the supposed Aryan race apart from others.”

Patrik says neo-Nazis hijack Odinism in order to make their followers even more prone to violence.

He said: “The glorification of an honourable possible death in war — that has a very practical purpose in violent groups.

"It partly helps to justify the use of violence when you add religious elements to it and by adding this mythology on it also explains and justifies martyrdom, essentially dying for the cause.”

Tacking a religion on to their political beliefs also ensures members of neo-Nazi groups end up increasingly isolated from wider society. 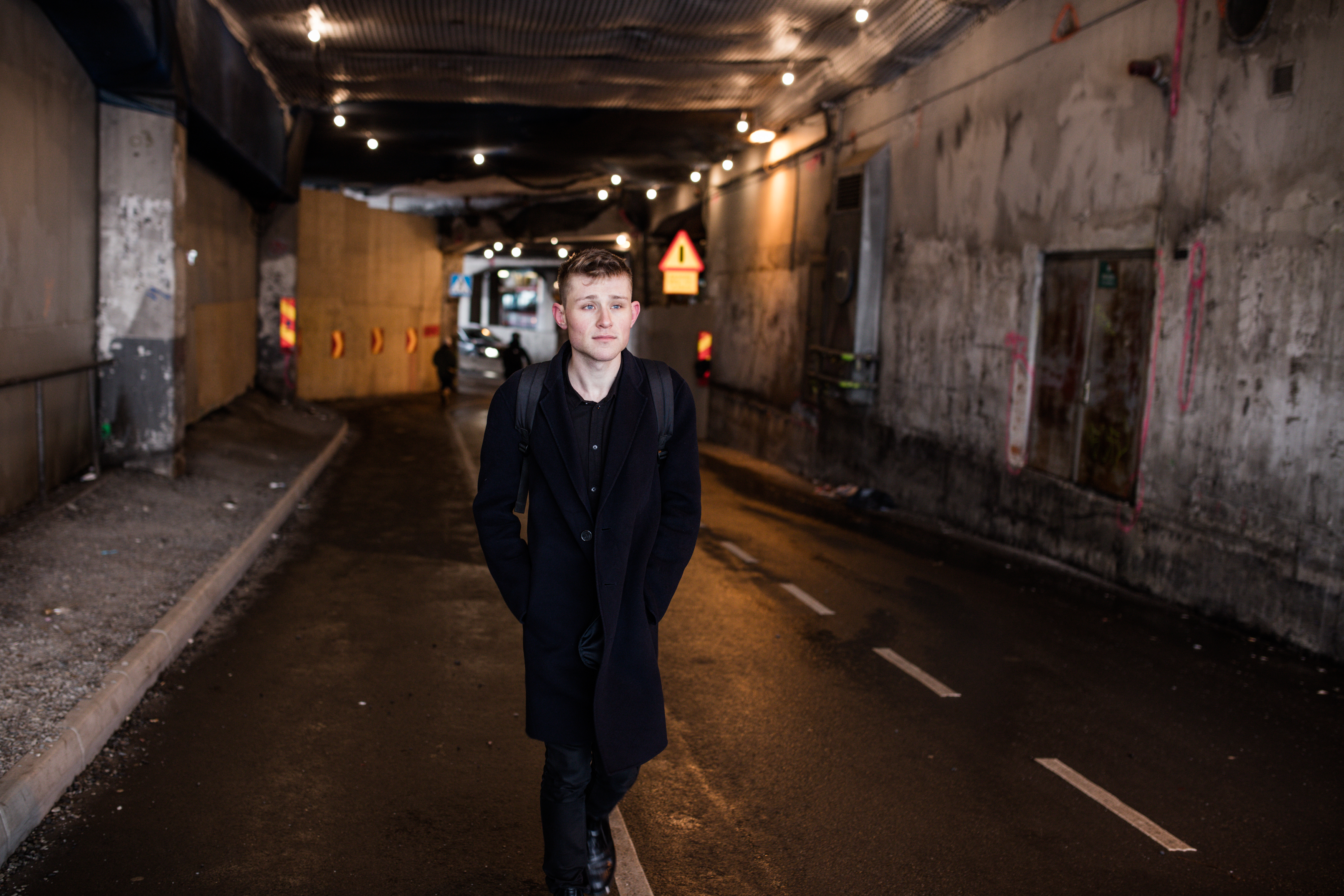 Odinism or Heathenry is a modern religion which tries to reconstruct pre-Christian Pagan beliefs.

It focuses on the myths of the Northern European peoples, including the Anglo-Saxons and Vikings.

And while Odinists usually worship many gods, Odin is often considered central to their beliefs.

Odin, the father of Thor, was associated with many things in Norse mythology, including war, wisdom, death and victory.

He is also known by hundreds of different names – "Wednesday" is named after "Woden", which is the Old English name for him.

Although there are many people who practice Odinism as an open-to-all religion that has nothing to do with race, others make racist ideas essential in their practice.

In England, far-right Odinists see themselves as descended from "indigenous English folk" who were in turn Vikings and Anglo-Saxons.

That's why they seek to resurrect the ancient mythology, which they see as the rightful religion of the Aryan race.

The Nazis used similar tropes of a fictional, Aryan "master race" in Germany in the 1930s to gain supporters and murder people of other races, ultimately leading to the Holocaust. 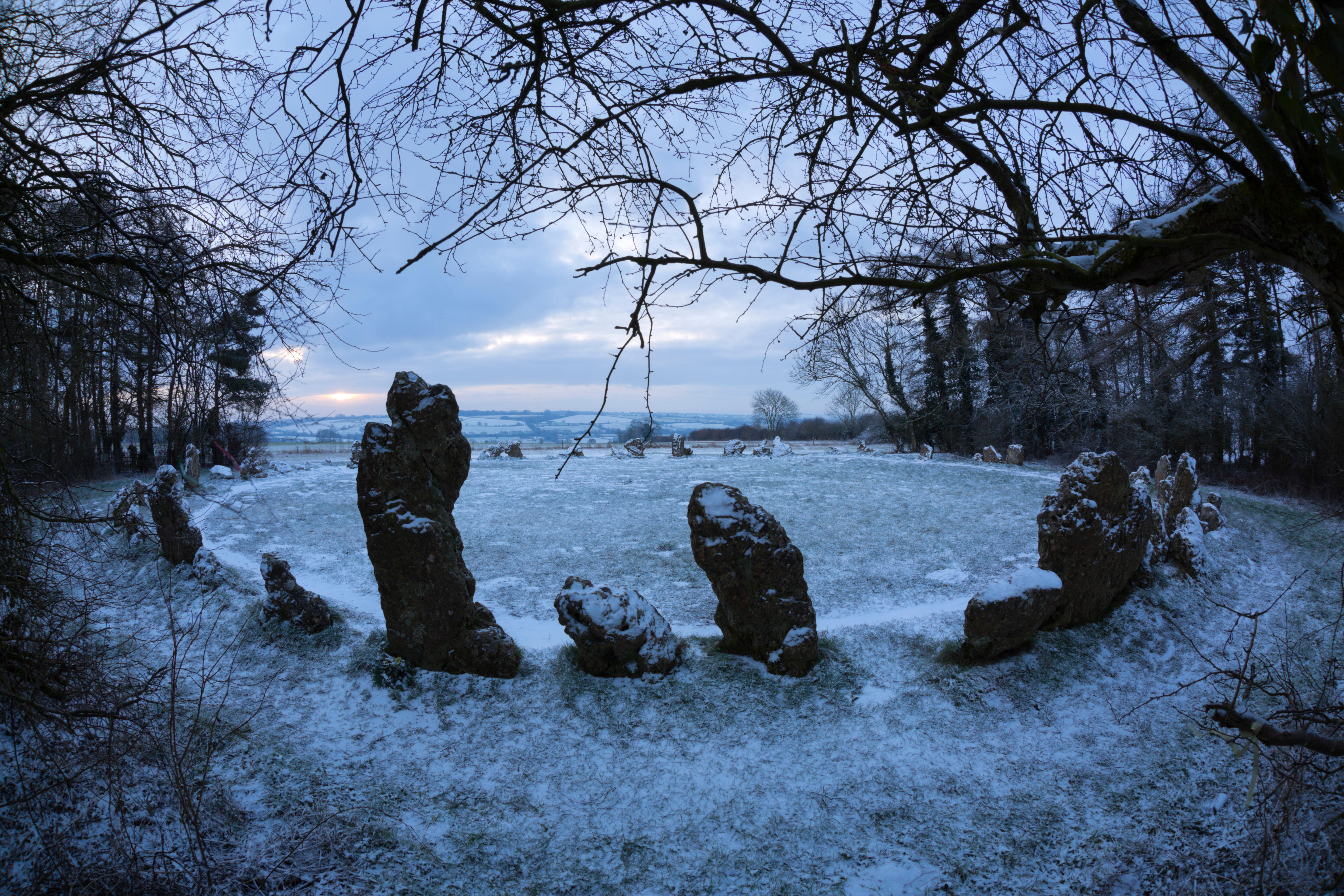 Some experts believe that since the BNP collapsed, far-right groups have become progressively broken-up.

Professor Matthew Feldman, director of the Centre for Analysis of the Radical Right, told the Telegraph that this fragmentation has "allowed them to become more extreme."

Of the neo-Nazis Patrik met, he said many of them seemed to be predisposed towards wanting a religion of sorts in their lives.

He says: "It doesn’t mean that they actually go out and do ceremonies – that is relatively rare — but they might have read a few texts and identify with that and use symbols associated with Odinsim."

He adds: "Some were probably a little bit spiritual, looking for something before, I imagine.

"Others came more from this kind of purely Scandiphilia, Aryanism obsession with Scandinavia." 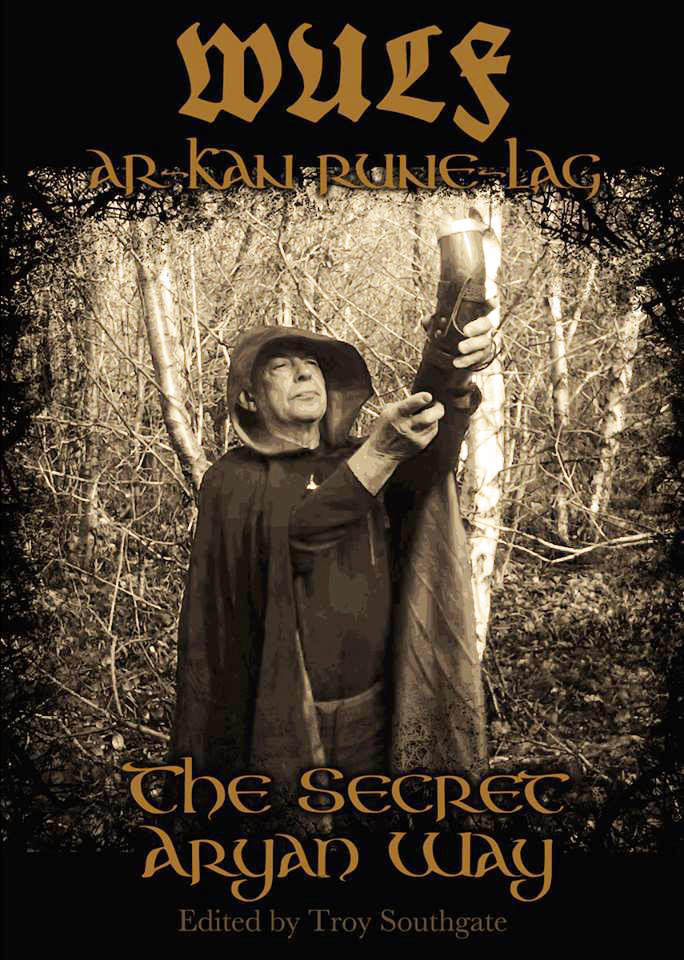 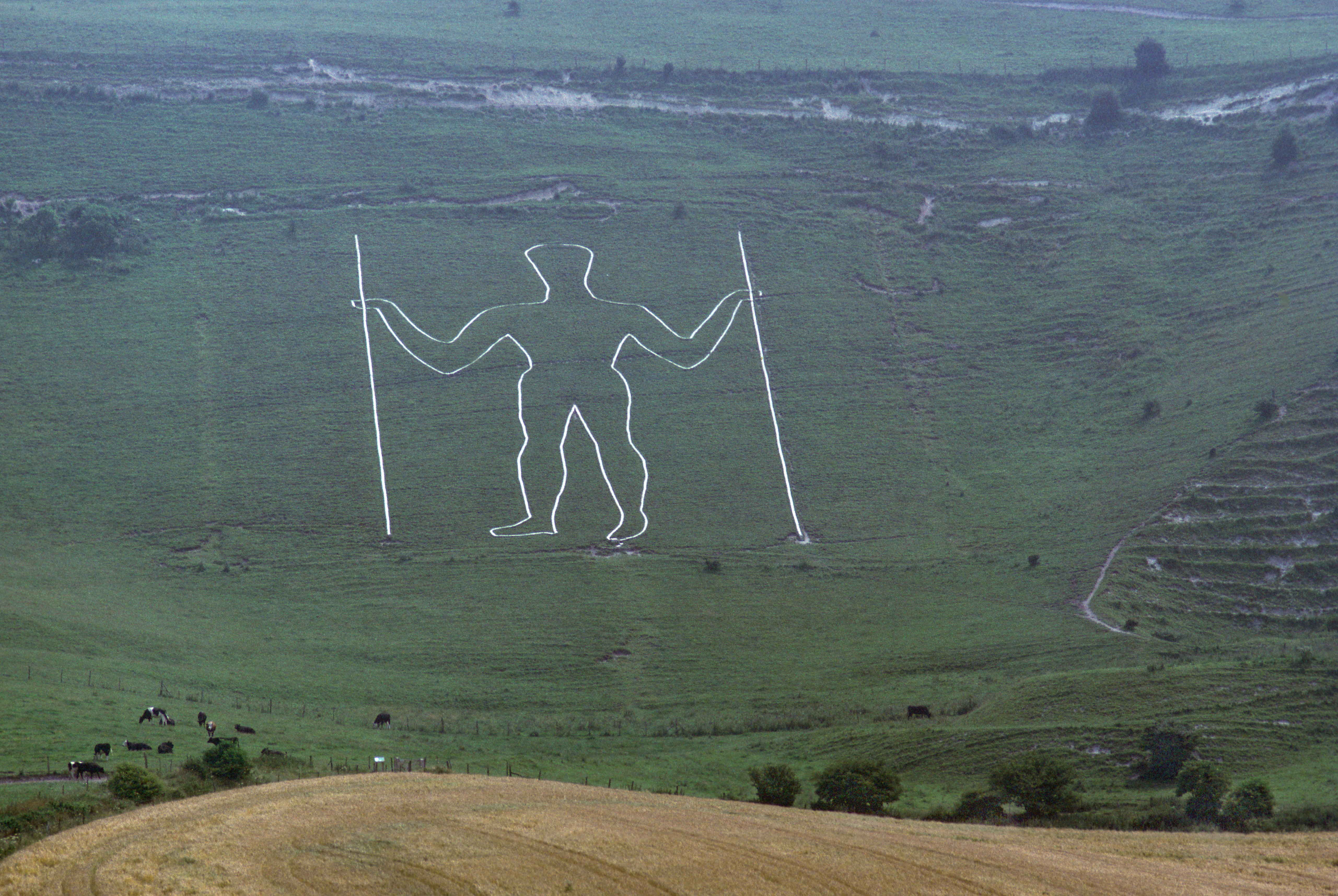 In a recent statement on its blog, Woden's Folk denied being neo-Nazi or fascistic, and said they group is not racist and does not espouse racist views but upholds "a love of our own folk".

They also stressed that their movement is fundamentally religious and not politically orientated, and strenuously denied being responsible for the Swastika tree carvings at Wayland's Smithy and stressed they have never damaged a heathen sacred site.

And they denied having any association with terrorists who were labelled "Odinist".

Woden's Folk also said it does not involve itself in any political action, even if its supporters do.

A spokesman for the National Trust said that whilst they have been aware of some far-right activity at Avebury they had had no knowledge of the rituals being held at the burial chamber.

They said that whilst they “want everyone to feel welcome” they “don’t condone, support or encourage any non-peaceful, anti-social or illegal activities at any of our places”. Where is Susanna Reid? Why is she not on GMB today and when is she back?
World News 750-year-old seal of medieval pope is found in Shropshire Lindsay Ell Opens Up About Being Rape Survivor In New Song ‘Make You’
We and our partners use cookies on this site to improve our service, perform analytics, personalize advertising, measure advertising performance, and remember website preferences.Ok