JUST how human could a chimpanzee become if one raised, feed and bathed just like a human child?

Animal psychologists Winthrop Niles Kellogg and his wife Luella set out to answer this question in a bizarre experiment in the 1930s as they raised a chimp named Gua and their son Donald as "brother and sister". 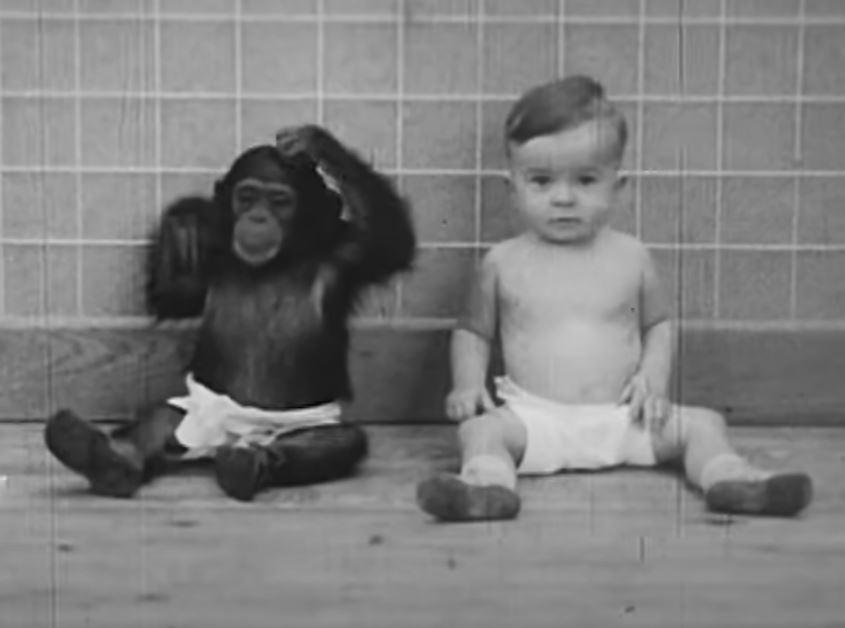 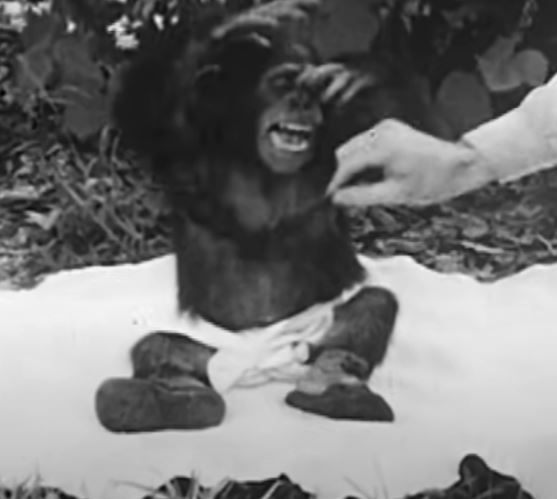 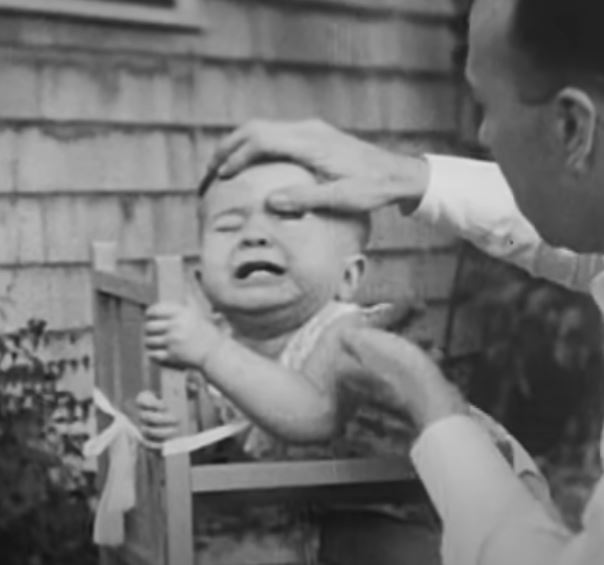 However, the couple got more than they bargained for when it was actually their son Donald who ended up becoming more ape than man.

The experiment had to be cancelled as reportedly the tot started to make noises like a chimp and began to become more aggressive, even biting people.

He grunted and barked like his "sister" when he wanted more food and would mimic her behaviours.

Donald also began to move on all fours like the chimp – and the two would even wrestle like two wild animals.

Seeing what was happening to their son, the Kelloggs terminated the experiment – and Gua was sent away, dying of pneumonia just a year later aged 3.

And while not much more is known about Donald, he later killed himself aged just 43 in 1973.

On June 26, 1931,Kelloggs welcomed their new arrival, a baby chimpanzee called Gua, who they would raise alongside Donald.

It was a bid to see whether environment would influence a chimp's development – and how how human they could make it.

The test was due to last five years – was abandoned just after nine months.

Other theories as to why the test was axed claim it was cancelled as Gua was becoming too strong and may harm Donald.

Gua was seven-and-a-half months old and Daniel was a smidgen older at 10 months when the trial began.

And both infants were subjected to cruel tests such as being hit on the head with spoons, spun round in chairs, and being teased by their mum & dad. 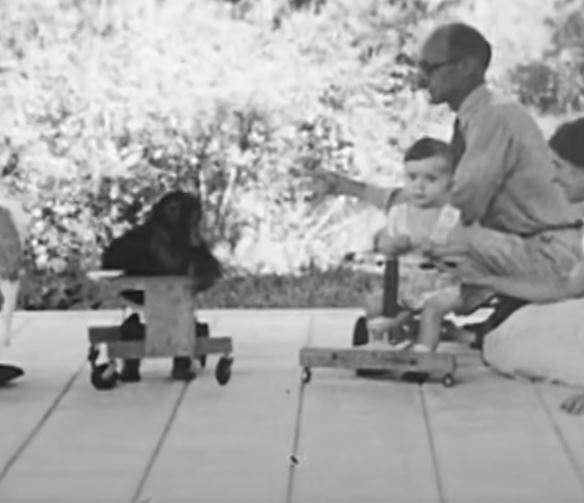 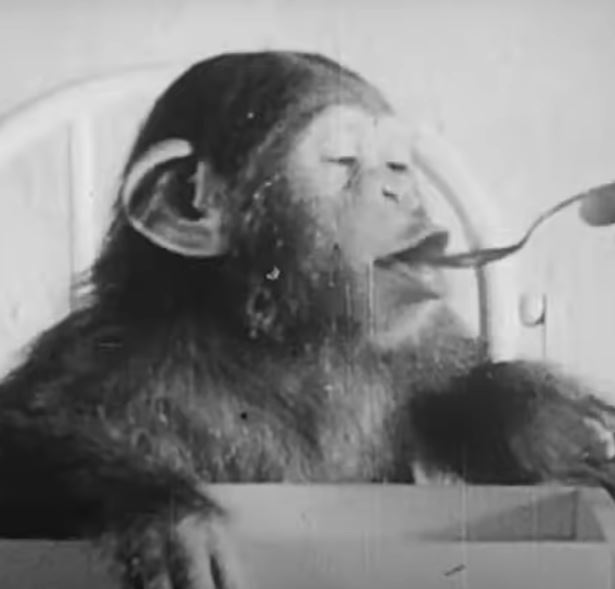 Kellogg was fascinated by children raised in the wild with little to no human help – and felt the best way to try and replicate that was bring a chimp into his home.

"What would be the nature of the resulting individual who had matured … without clothing, without human language and without association with others of its kind?" he asked in his 1933 book, The Ape and the Child.

He knew abandoning a human child in the wilderness was be morally reprehensible so instead, he opted to bring an infant animal into modern society.

For the next nine months, 12 hours a day, seven days a week, Kellogg and his devoted wife – both comparative psychologists – conducted test after test on Donald and Gua.

They were raised in the exact same way: they both wore baby onesies, made to sit in a high chair, slept in a bed and was kissed good night, though Gua was carted around in a small wagon.

Our final concern is why the project ended when it did

Gua was taught the kind of things a fond parent would do to a baby girl.

According to one report, the Kelloggs would tap Donald and Gua's heads with spoons to hear the difference in the sound of their skulls and made loud noises to see who would react faster.

They even tried to convince Gua not to eat soap bubbles by jamming a bar of the product into her mouth.

Eerie footage of the experiment shows Gua and Donald being put in high chairs and being spun round and round until they start crying.

They were also pushed to complete cruel tests in which they were put through a labyrinth and forced to get out while the perimeters changed around them. 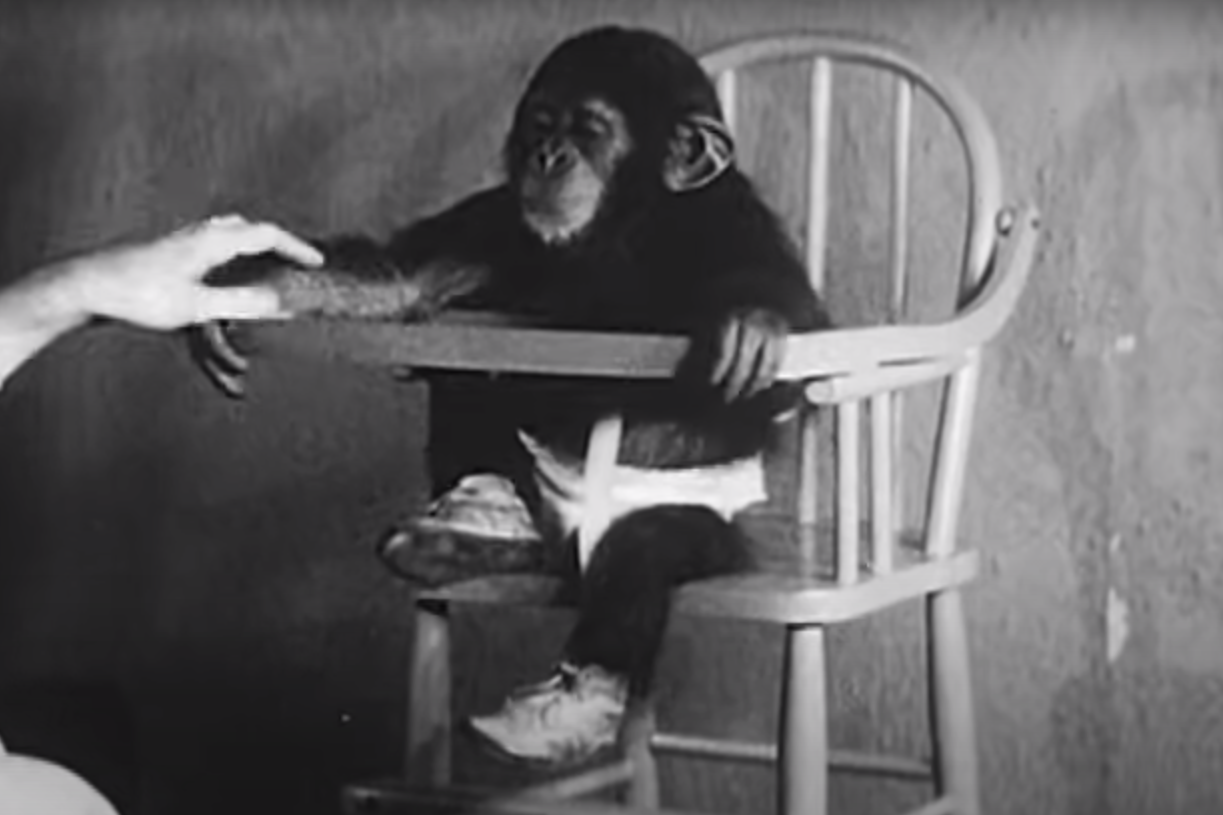 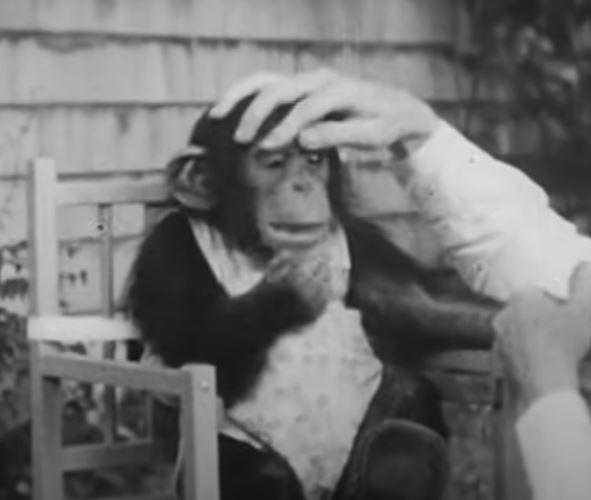 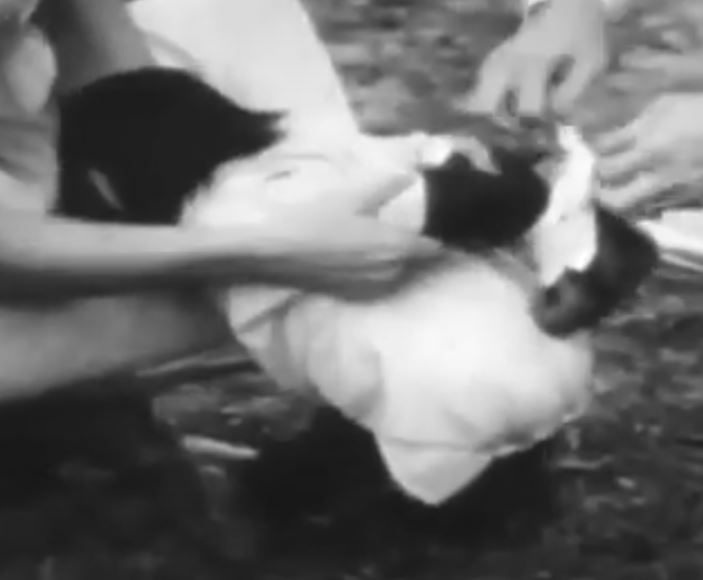 For a while, Gua excelled in these drills compared to Donald; but after they both turned one, things began to change.

Gua's physical advantages were slowly eclipsed by Donald's ability to formulate words and the doctors son realised they had hit the chimp's limit of intelligence.

Authors in The Psychological Record said Kelloggs' experiment "probably succeeded better than any study before its time in demonstrating the limitations heredity placed on an organism regardless of environmental opportunities as well as the developmental gains that could be made in enriched environments".

But the experiment suddenly came to unexplained end, the publication said, adding: "Our final concern is why the project ended when it did.

"We are told only that the study was terminated on March 28, 1932, when Gua was returned to the Orange Park primate colony through a gradual rehabilitating process.

"But as for why, the Kelloggs, who are so specific on so many other points, leave the reader wondering."

There were rumours they were simply exhausted from nine months of non-stop parenting and scientific work.

Gua showed no signs of learning human languages, but Donald, on the other hand, had began imitating her chimp noises.

"In short, the language retardation in Donald may have brought an end to the study," the The Psychological Record authors wrote.

Gua and Donald would wrestle in a way that looked more like-chimp and she had taught her older brother how to spy on people beneath doors.

Donald began biting people and crawled like his sister. He grunted and barked like her when he wanted more food.

Winthrop continued working at Florida State University where he took up research on bottle-nose dolphins and sonar until his retirement in 1963.

He and wife Luella both died in the summer of 1972. 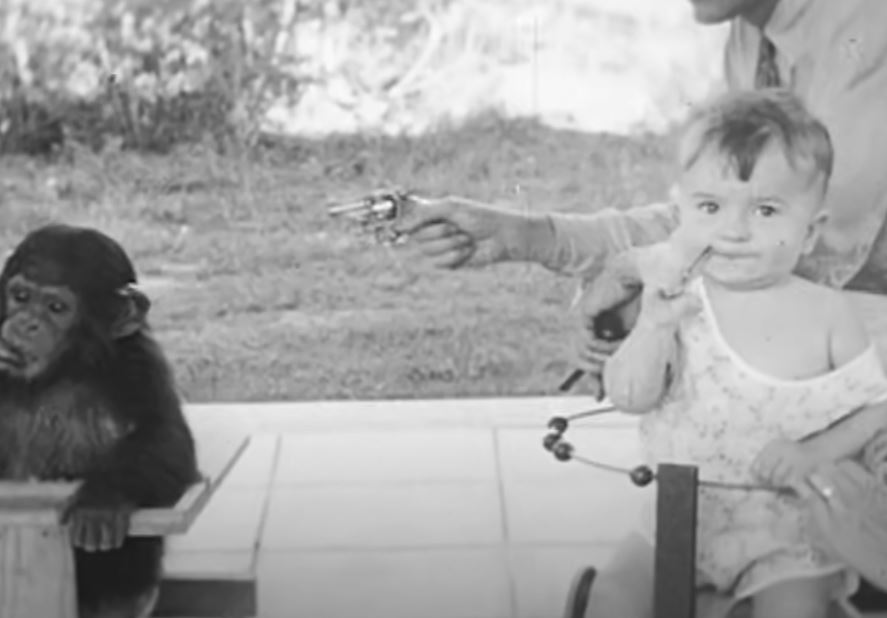 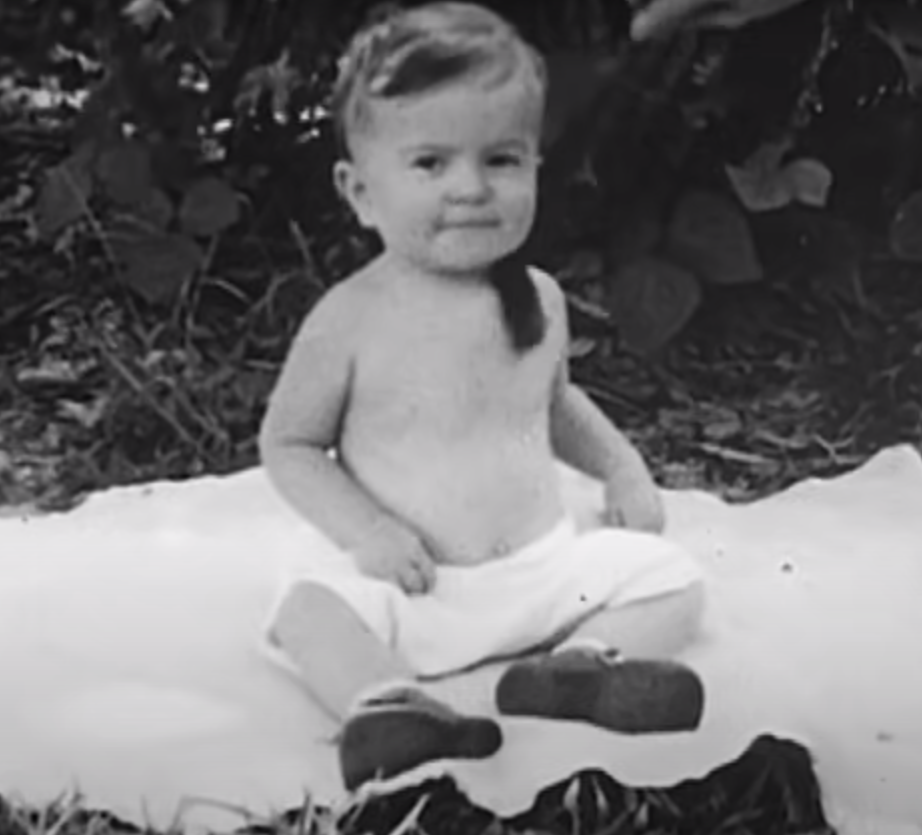