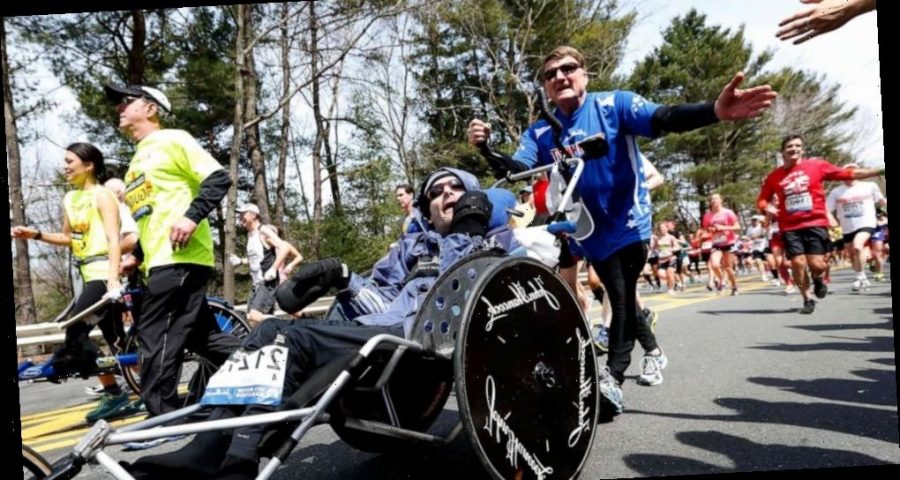 For years, father Dick Hoyt ran the Boston Marathon with his son, Rick Hoyt, in an effort to inspire and motivate other children with special needs.

Dick Hoyt died Wednesday at 80 years old, but that inspiration will carry on.

In 1962, Rick Hoyt was born paralyzed and could not walk or talk. Dick and Judy Hoyt said that doctors told them to consider putting their newborn in a special care facility.

Dick Hoyt made a point to prove those doctors wrong.

“We cried, but we talked and we said, “No, we’re not going to put Rick away. We’re gonna bring Rick home and bring him up like any other child,'” Dick Hoyt told ABC News in a past interview.

In 1977, Rick Hoyt asked his father if they could run in a charity race together. Dick Hoyt would push his son’s custom wheelchair the entire way, crossing the finish line together.

“When we got home that night, Rick wrote on his computer, ‘Dad, when I’m running, it feels like my disability disappears.’ So that was a very powerful message to me,” said Hoyt, who began training immediately.

The pair would go on to run the Boston Marathon 32 times and more than 1,000 races in all.

On Thursday, Hoyt’s family announced he died overnight at the age of 80. Now remembered as a great athlete and father, Hoyt once shared his secret to success.

“I think that Rick has, you know, really made me fulfill my life as a father,” he said. “What’s the secret? Just having a great son, I guess.”