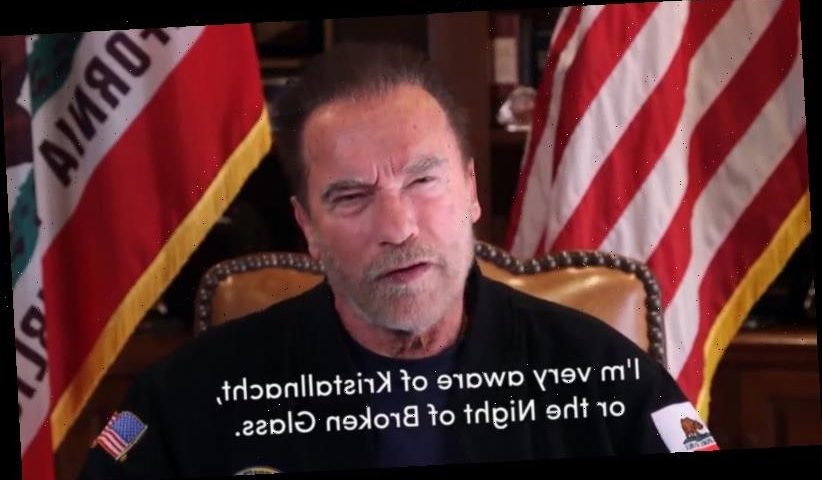 Washington: Arnold Schwarzenegger, the former Republican governor of California and Hollywood action star has issued a heart felt and stinging criticism of outgoing US President Donald Trump, while comparing last week’s Capitol riots to Kristallnacht, the night the Nazi attacked the Jewish population in Germany in 1938.

In a video message posted on social media on Sunday, Austrian-born Schwarzenegger says the rampage was carried out by the "Nazi equivalent off the Proud Boys" and he's seen "first hand how things can spin out of control". 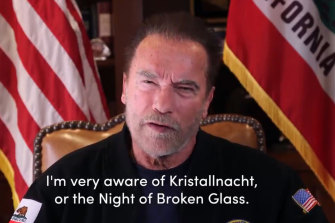 "Wednesday was the Day of Broken Glass right here in the United States. The broken glass was in the windows of the United States Capitol. But the mob did not just shatter the windows of the Capitol. It has shattered the ideals we took for granted. They did not just break down the doors of the building that housed American democracy. They trampled the very principles on which our country was founded."

He says that, for the first time, he shares the painful memories" of growing up among broken men who participated in the rampage, telling of how his father drank and "he would scream and hit us and scare my mother", as would the neighbours because they were in pain for what "they saw or did".

"It all started with lies, and lies and intolerance."

He says while he does not believe something like this could happen in the United States, he believes "we must be aware of the dire consequences of selfishness and cynicism".

He says Trump sought to overturn the results of a fair election and "sought a coup by misleading people with lies […] I know where such lies lead".

"President Trump is a failed leader. He will go down in history as the worst president ever.

"The good thing is he will soon be as irrelevant as an old tweet."

He said the scenes from the Capitol saddened him. "That's not our America. That's not my America.".

Schwarzenegger, a Republican, told Bild he had spent time with Trump, but never seen him acting as he recently has been.

He had written a piece for the Economist the day before last week's tumult, saying Trump needed to end his "stupid, crazy and evil" ploy to cling to power.

The US, the "wonderful" country he fell in love with in the 1960s, would survive this period of turmoil thanks to its strength and perseverance, Schwarzenegger said. It always manages to get up again, "like a phoenix from the ashes".