Jack Grealish won’t face court hearing over crashing his £80,000 Range Rover into parked cars until November because of delays cause by coronavirus

Aston Villa star Jack Grealish will not face a court hearing over allegedly crashing his £80,000 Range Rover into parked cars until November due to delays believed to be linked to the Covid-19 pandemic.

The 24-year-old is now listed to appear on November 12, Birmingham Magistrates’ Court confirmed on Friday, having previously been due before magistrates on Tuesday next week.

The Premier League footballer, who earns £45,000 a week, was postal charged over the incident in Solihull which took place on March 29.

Witnesses said he was ‘partying’ the night before.

As well as an allegation of driving without due care and attention, Grealish has also been charged with failing to stop at or report a collision. 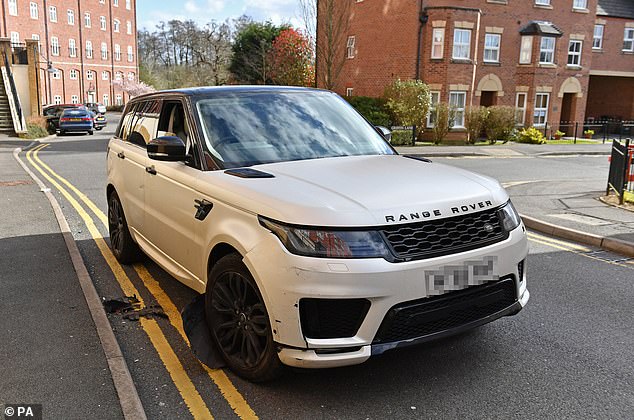 Aston Villa star Jack Grealish will not face a court hearing on a careless driving charge until November due to delays believed to be linked to the Covid-19 pandemic. Pictured: A damaged white Range Rover involved in the alleged crash

An investigation was launched after police responded to reports of a car hitting parked vehicles, and the driver allegedly leaving the scene on foot during the first week of the coronavirus lockdown.

Around the time of the incident, a witness told MailOnline: ‘They went to collect their possessions before leaving the scene before the police arrived. We were watching and my partner saw them leaving the building and head off down the road quickly.’

Grealish was then pictured with former Leeds United player Tony Capaldi, a former team-mate of McCormack’s at Cardiff City, with locals claiming they had attended a party at McCormack’s house on Saturday night. 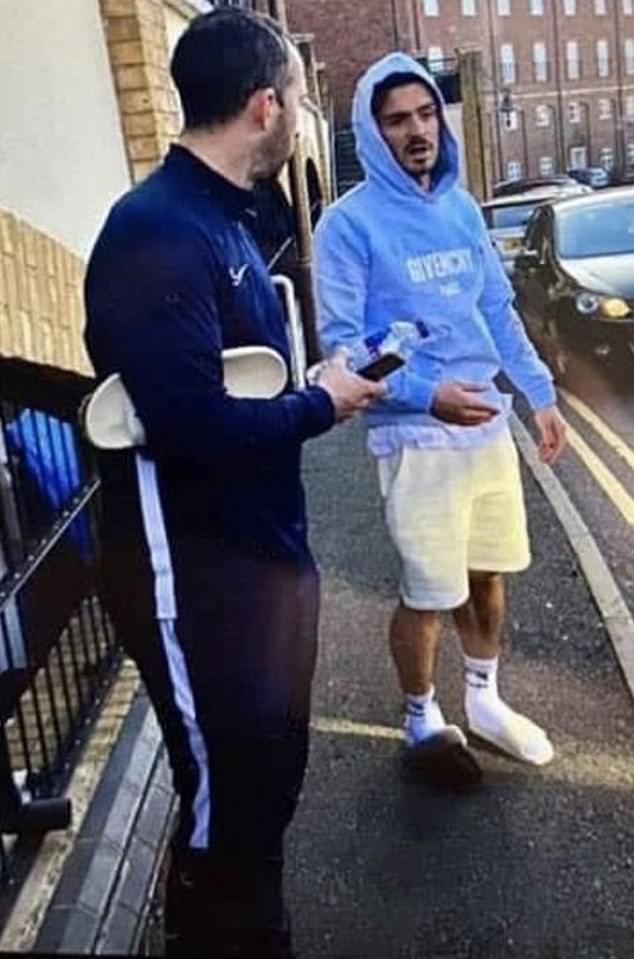 An image of a man resembling Jack Grealish circulated on social media, claiming he was near the incident in Solihull on March 29

A witness previously told MailOnline: ‘We live near the estate he stayed partying overnight, his car was parked in the street all night.

‘The commotion outside when he was hitting cars was tremendous, and the estate security guard saw him reverse into a van and hit a Mercedes causing significant damage to all cars.’

A neighbour told The Sun: ‘The party had been going on all night. It was unbearable. The noise had only stopped a short while when, just after 8am, there were a series of almighty collisions which reverberated through the flats. 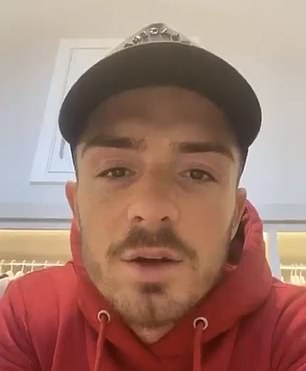 ‘Outside, Jack Grealish was stood next to his car rowing with a security guard.

‘It was strange to see an England ace looking so unkempt and dishevelled. He looked unsteady and confused.’

Grealish later said he was ‘deeply embarrassed’ by the incident and issued an apology on social media.

His club said in a statement at the time: ‘Aston Villa is deeply disappointed that one of our players ignored the Government’s guidance on staying at home during the Coronavirus crisis.

‘Club Captain Jack Grealish has accepted that his decision to leave his house was wrong and entirely unnecessary.

‘It breached the government guidelines which are clear and should be adhered to by everybody.

‘The player will be disciplined and fined with the proceeds donated to The University Hospitals Charity in Birmingham.’ 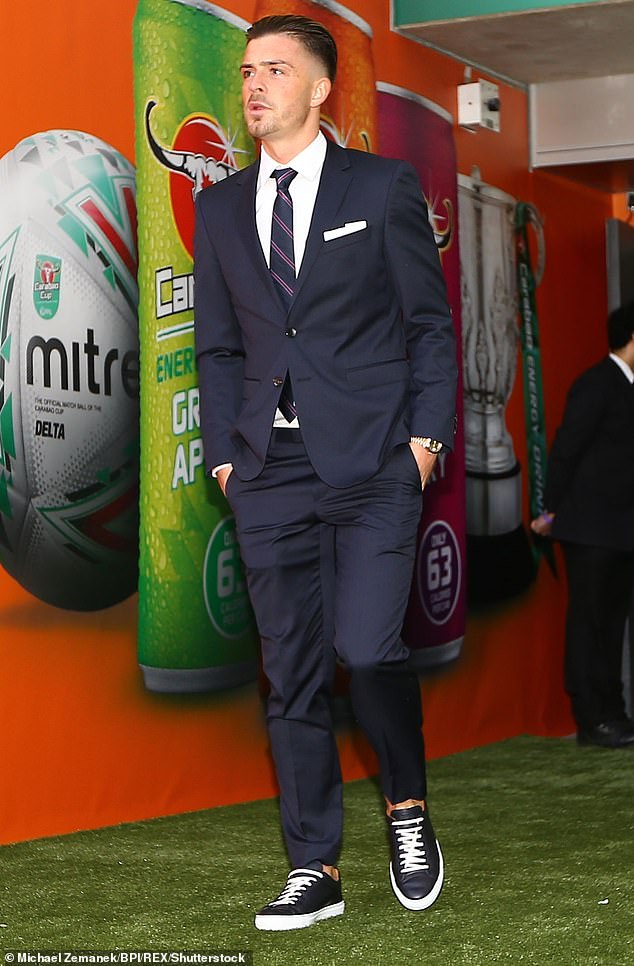 Grealish, pictured in March, was fined £150,000 for breaking lockdown laws at the time and it was thought he would not face any further action

In a statement, West Midlands Police said: ‘A Premier League footballer has been charged with driving without due care and attention, and failing to stop at or report a collision.

‘Jack Grealish is accused of the offences in Waterside, Dickens Heath, Solihull, on Sunday 29 March.

‘An investigation was launched after we responded to reports of a car hitting parked vehicles and the driver fleeing on foot.

‘The 24-year-old from Barnt Green, Worcestershire, has been postal charged to appear before Birmingham Magistrates Court on 25 August.’