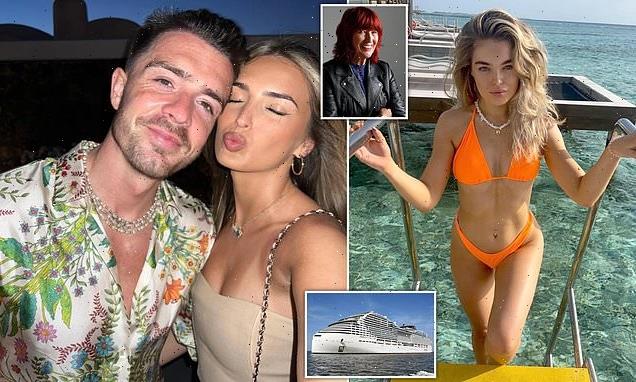 JANET STREET-PORTER: It’s time to show the World Cup WAGs the red card. While the rest of us face a miserable winter, haven’t these fame-hungry women got anything better to do than post selfies from their luxury cruise liner in Qatar?

Arriving in Doha, the England squad announced ‘we’re here to win’. Fingers crossed. For professional footballers tasked with winning the 2022 World Cup the job is simple: all they need is goals.

On the other hand, what will the other squad that’s arrived in Doha – England’s WAGs – be doing as their men fight to keep England’s dreams alive? Given the controversy surrounding the choice of Qatar as hosts, why have the Wags travelled there at all?

They won’t be drawing attention to human rights issues or calling for equal rights for gays, they will be ‘supporting’ the team in their own special way: cheering from the stands whilst looking amazingly glamorous in a way lesser mortals can never hope to achieve.

They will spend the next few days primping, plucking and producing hundreds of selfies to keep their presence on social media humming with activity, whilst billeted in £6,000-a-week suites on a luxury cruise liner moored near the tournament. They can choose from swimming pools, Jacuzzis and bling-encrusted staircases to pose on, or chill out in spas, gyms and swanky restaurants.

There’s a choice of 20 different bars, including a pub, but fellow passengers are unlikely to run into Ferne Maguire or Katie Kane over a pint as our WAGs will be confining themselves to the exclusive Yacht Club for the most pampered guests, with butlers on call to cater to every whim. 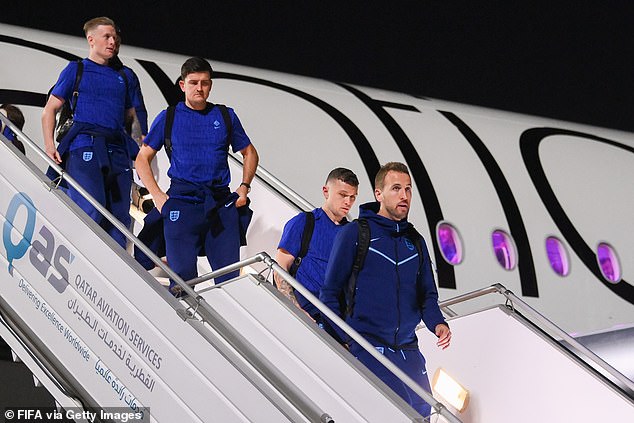 Arriving in Doha, the England squad announced ‘we’re here to win’. Fingers crossed. For professional footballers tasked with winning the 2022 World Cup the job is simple: all they need is goals, writes JANET STREET PORTER 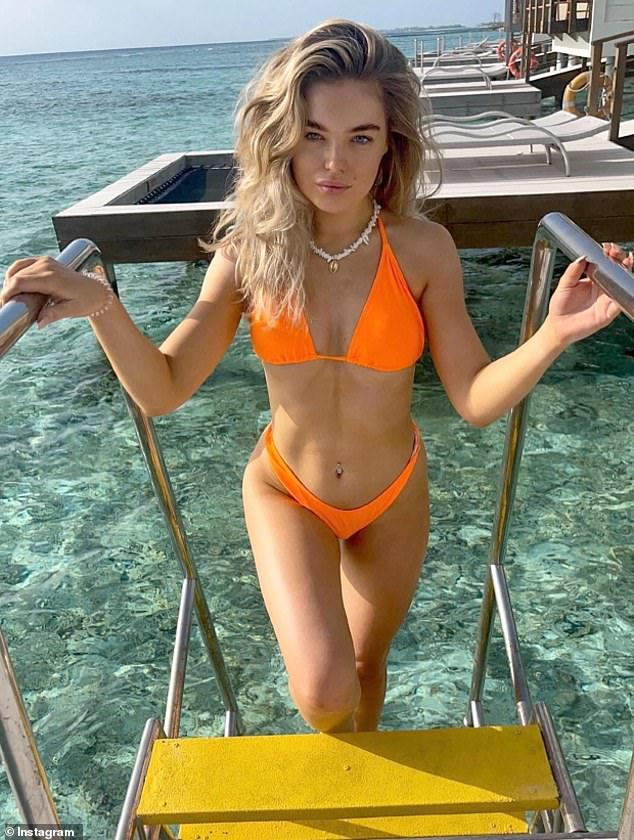 On the other hand, what will the other squad that’s arrived in Doha – England’s WAGs – be doing as their men fight to keep England’s dreams alive? Given the controversy surrounding the choice of Qatar as hosts, why have the Wags travelled there at all? Above: Aaron Ramsdale’s fiancé Georgina Irwin (above) is among those who are set to live on a cruise ship for a month during the Qatar World Cup

Shouldn’t these WAGs be back doing something more productive? Turning up for work or running their lavish homes instead of lying on a sunbed? Or is it their job to look perfect and raise our spirits?

They are not dumb: some have real jobs running jewellery and property businesses (one even works for British Airways), but for others the battle to build a media profile and get noticed marks the start of their bid for fame and fortune. And the World Cup is a perfect opportunity.

We laugh at the almost spooky uniformity of the WAGs. Give them any red-carpet photo opportunity and they tend to choose backless or sideless long dresses, bodycon short frocks with side boob exposure, clinging to their men like limpets with one leg stuck out at an angle.

As for makeup, like Wagwear, it’s curiously predictable – statement eyebrows that can look like two caterpillars are taking a rest next to their noses, enhanced lips that resemble a plaice gasping for air as the 2022 version of the much-mocked trout pout has become the ‘lip flip’.

Wag hair is ultra-high maintenance and requires an army of specialists, tumbling in perfect waves of sun-kissed gold. Longer and thicker than my front door mat, enhanced by extensions and God knows how many products, few of which will be environmentally friendly. Flab is not a word a Wag recognises – toned legs and perfect perky breasts are essential and heels must be cripplingly high. 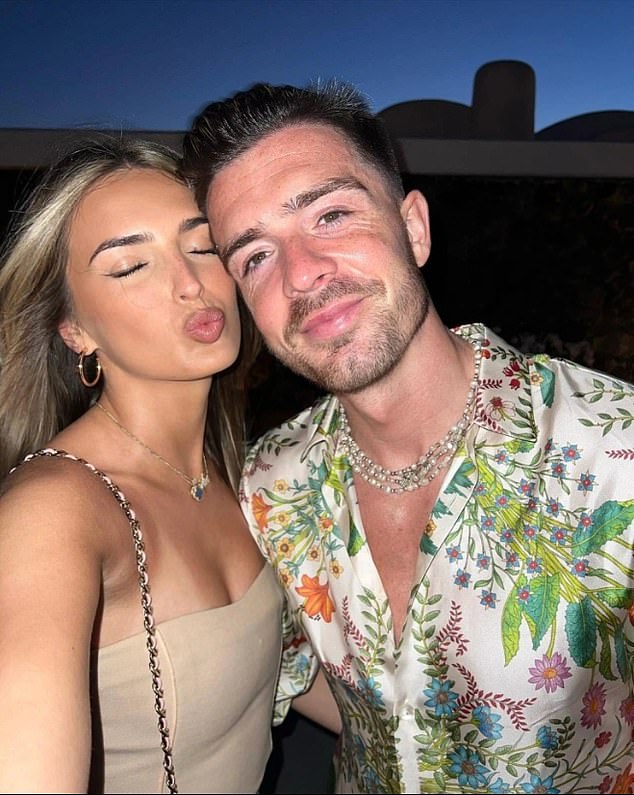 They won’t be drawing attention to human rights issues or calling for equal rights for gays, they will be ‘supporting’ the team in their own special way: cheering from the stands whilst looking amazingly glamorous in a way lesser mortals can never hope to achieve. Above: Jack Grealish with his girlfriend Sasha Attwood

With their huge hair, big eyebrows, perfect white uniform teeth with every molar enhanced with veneer, nails extended in long sheaths of acrylic and long, (never chubby) limbs, the average Wag now perfectly resembles a Barbie doll. You could best describe it as ‘artificially natural’.

The Wag phenomena was first aired by Victoria Beckham at the World Cup in Baden Baden in 2006 and has gone from strength to strength, from hugely popular shows like Love Island to every high street in the country. Schoolgirls barely in their teens want to look like Wags. It’s depressing.

We may mock Wags, but they are an endless source of entertainment, a world where your worth is counted by your number of followers, and where being ‘unfriended’ or even dropped counts as the ultimate betrayal. Wags are caught in a treadmill, posting lovely pictures of themselves doing interesting things hourly, in order to get enough traction to be offered a TV show, lucrative endorsements, modelling work, or a newspaper column.

They might appear to be one big friendly group arriving in Qatar, but in Wagworld, the battle off the pitch is between a bunch of highly competitive women who seek validation outside their other job of raising a family and keeping their picky superstar partners happy.

The recent Wagatha Christie libel trial shone a light on the murky world of Wagdom. A world where everything a high-profile Wag does and say will be picked over on social media by her rivals. Press coverage is their lifeblood on the way up. For the Rooneys, however, the reverse was true – every aspect of their topsy turvy relationship and Wayne’s infidelities ended up for public consumption. 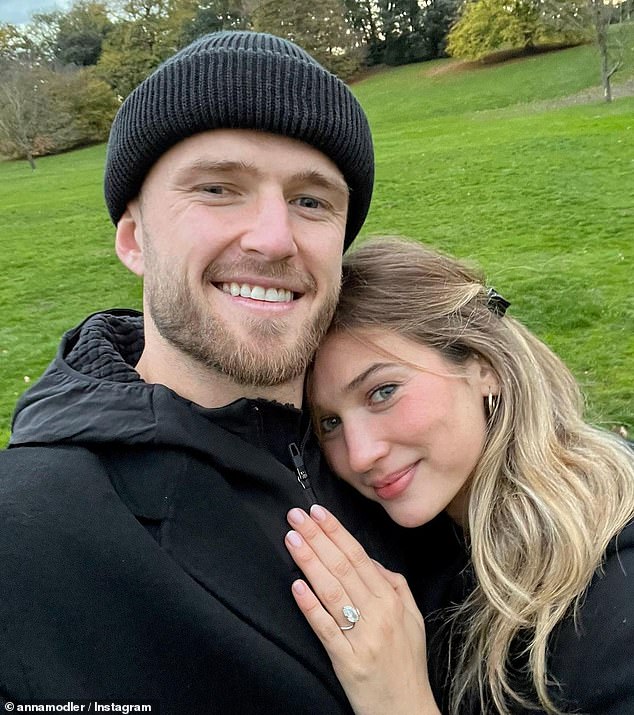 England’s WAGs will be staying on the lavish cruise liner during the World Cup, including Eric Dier’s partner Anna Modler 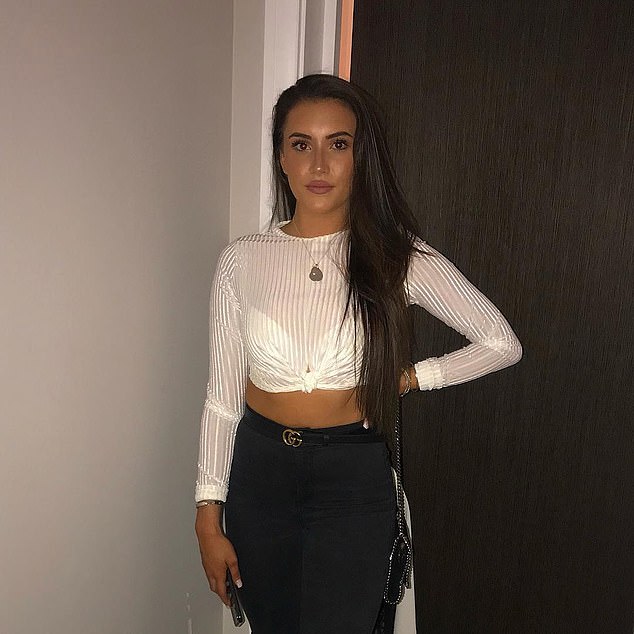 Then, Colleen decided she’d had enough. Stories surfaced in the Sun about Rooney’s private lives – including her ‘car crash’, and the night Wayne popped on matching pyjamas to pose in bed with his kids.

Colleen was certain someone in her close circle was flogging tittle tattle and turned detective. She set a trap, posting fake stories which could only be read by one person as she blocked the rest of the followers including her husband. When she publicly accused Rebecca Vardy of being the culprit, Vardy retaliated by suing for libel, in a case which rapidly became known as Wagatha Christie.

The judge concluded that Vardy’s evidence was ‘evasive or implausible’. Her agent, who was said to have passed the stories on to newspapers, was nowhere to be seen. And the phone which was used has vanished at the bottom of the ocean (very convenient). 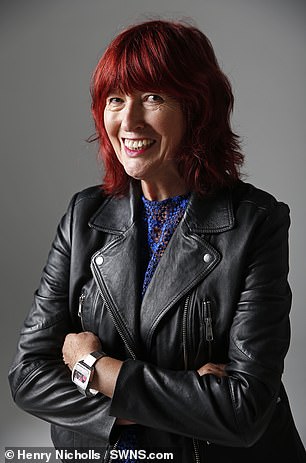 Holidays are a basic human right after what we’ve been through, argues JANET STREET-PORTER

It transpires he knew nothing about Colleen’s fake posts, because he’d been blocked along with all her other friends.

Now, the trial has been turned into a stage play (The Wagatha Christie Trial at Wyndhams Theatre in London), using the court transcripts, with talented actors playing the QCs, judge, Wayne, Rebecca and Colleen, speaking their actual words. Mind-blowing, inane, weird, and somehow a little bit sad – it was the funniest night I’ve had in years.

Rebeca comes across as an (unwitting) comic genius, blathering stuff like ‘if I’m being honest’ whilst giving evidence under oath and hilariously referring to Colleen as a pigeon, saying ‘you can tell it that you are right, and it is wrong but it’s still going to s**t in your hair.’

When told that her agent’s phone was in Davy Jones’ locker at the bottom of the sea, Vardy says: ‘Who is he?’.

You couldn’t make it up. Facing costs of millions, Vardy is still whingeing she’s been framed, and is appearing in a documentary on Discovery+ this weekend. Colleen has been making her version of events for Netflix. The battle of the Wags is far from over.

Unfortunately, the continuing spectacle just demeans women. And shouldn’t those Wags sunning themselves on the top deck in Qatar return home and do something a little more productive with their time?

They seem to stand for excessive consumption at a time when many football fans are reduced to pawning their belongings to keep the heating on. 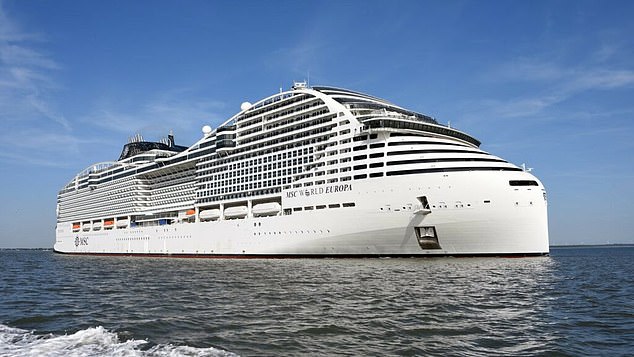 Shouldn’t these WAGs be back doing something more productive? Turning up for work or running their lavish homes instead of lying on a sunbed? Above: The £1billion cruise ship MSC World Europa that England’s WAGs will be staying on