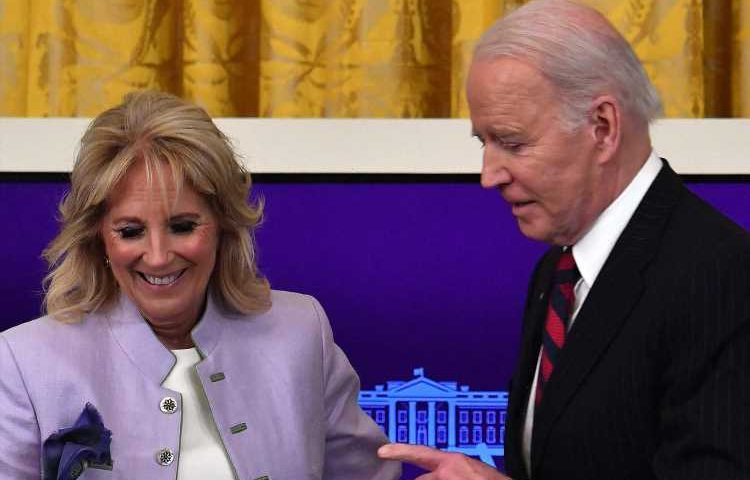 JOE Biden has been slammed after appearing to confuse Kamala Harris with first lady Jill in another embarrassing gaffe.

The commander in chief, 79, made the blunder while making an address marking Equal Pay Day on Tuesday.

Biden said: “There’s been a little change in arrangement of who is on the stage because of the first lady’s husband contracting Covid.”

The president quickly corrected himself after realizing that his remarks meant he had caught the bug.

Biden then pointed to his wife Jill, quipping: “That’s right, she’s fine. Second lady – the first gentleman how about that? 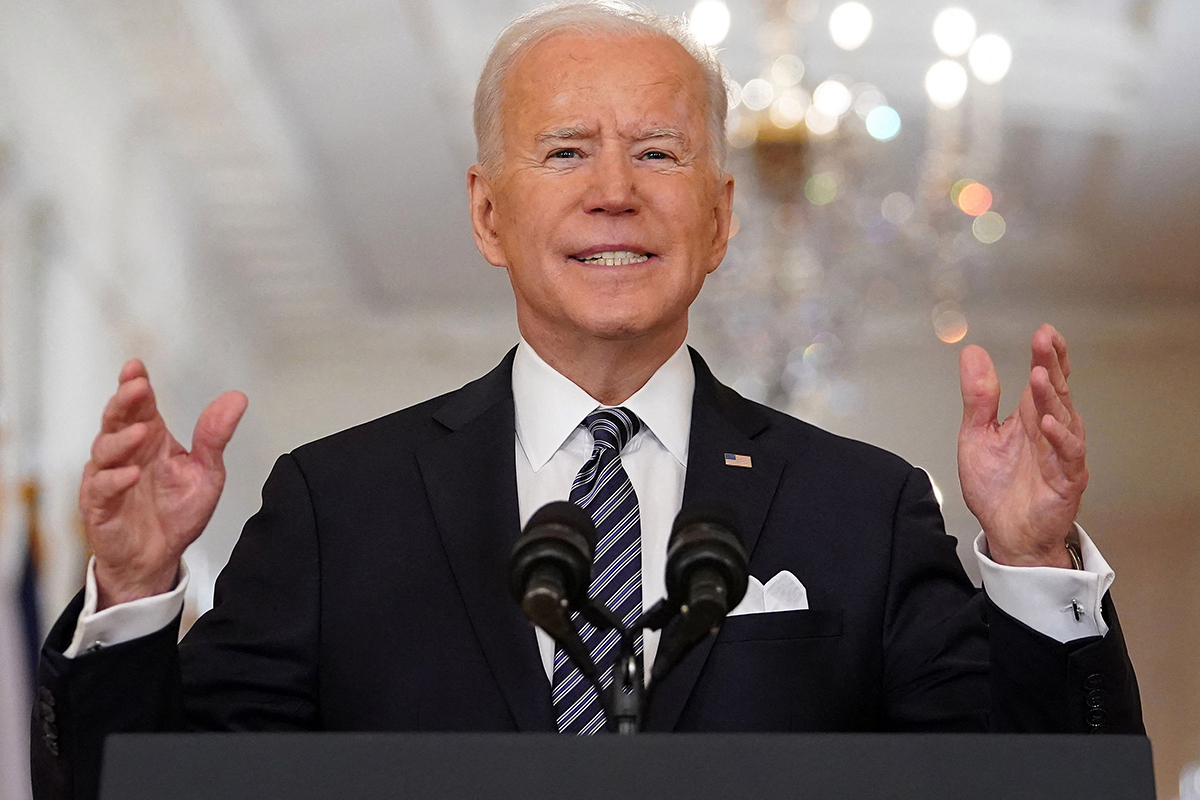 Despite appearing to make a joke out of the situation, Twitter users noticed the error, slamming the president.

Some called for him to take a cognitive test, while others called for the 25th Amendment to be invoked.

Critics branded Biden a joke and a clown following the slip-up.

It comes as Harris’ husband Doug Emhoff tested positive for Covid on Tuesday.

We're on edge of WW3 but Kim, Kanye & Pete only care about own pathetic war

And, former President Barack Obama revealed on Sunday he was suffering from a “scratchy throat” after contracting the bug.

Biden’s latest blunder comes just days after he misspoke during the State of Union address.

In the lengthy speech, he accidentally said Iranians when referring to the Ukrainian people amid the conflict with Russia.

The commander-in-chief said: “Putin may circle Kyiv with tanks, but he’ll never gain the hearts and souls of the Iranian people.”

The mistake was quickly mentioned on social media by journalists and political commentators.

The president has dropped several clangers and blunders since his inauguration in January 2021.

Biden mistook the Russian President for the brash New Yorker as he delved into what the leaders discussed at their summit which was held in Geneva, Switzerland.

In September, Biden appeared to forget the name of Australian Prime Minister Scott Morrison as he resorted to calling him the “Fellow Down Under”.

The Democrat appeared to fall asleep during the opening speeches at the COP26 climate summit in Glasgow, Scotland before he was seemingly woken up by one of his staffers.

He was embarrassingly caught on camera folding his arms and gradually dozing off as the conference kicked off.

Biden's eyes closed for a few seconds before he woke himself. They shut again for a second time before a man in a suit came over to stir him awake.

And, while speaking at Arlington Cemetery in November, the president blundered over his words while talking about the baseball icon Satchel Paige’s career in the Negro League.

Biden said: “I’ve adopted the attitude of the great negro at the time, pitcher in the Negro leagues, went on to become a great pitcher in the pros, in the MLB after Jackie Robinson, his name was Satchel Paige.”

During the 1920s, the Negro League was composed of teams with African Americans and, to a lesser extent, Latin Americans.

Paige, a renowned baseball player for over five decades, played in both the Negro League and the Major League. 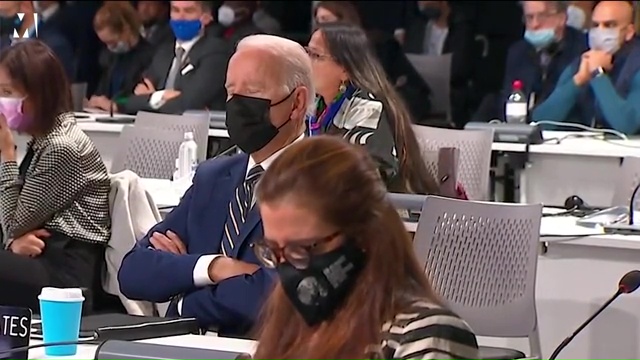