JOE Biden's odds to win the presidency hit all-time high of over 88 percent after his Wisconsin and Michigan wins.

Gamblers were betting on a Biden win by Wednesday night as mail-in ballots were tallied in the battleground states Pennsylvania, and Georgia, while the count was suspended in Nevada until tomorrow. 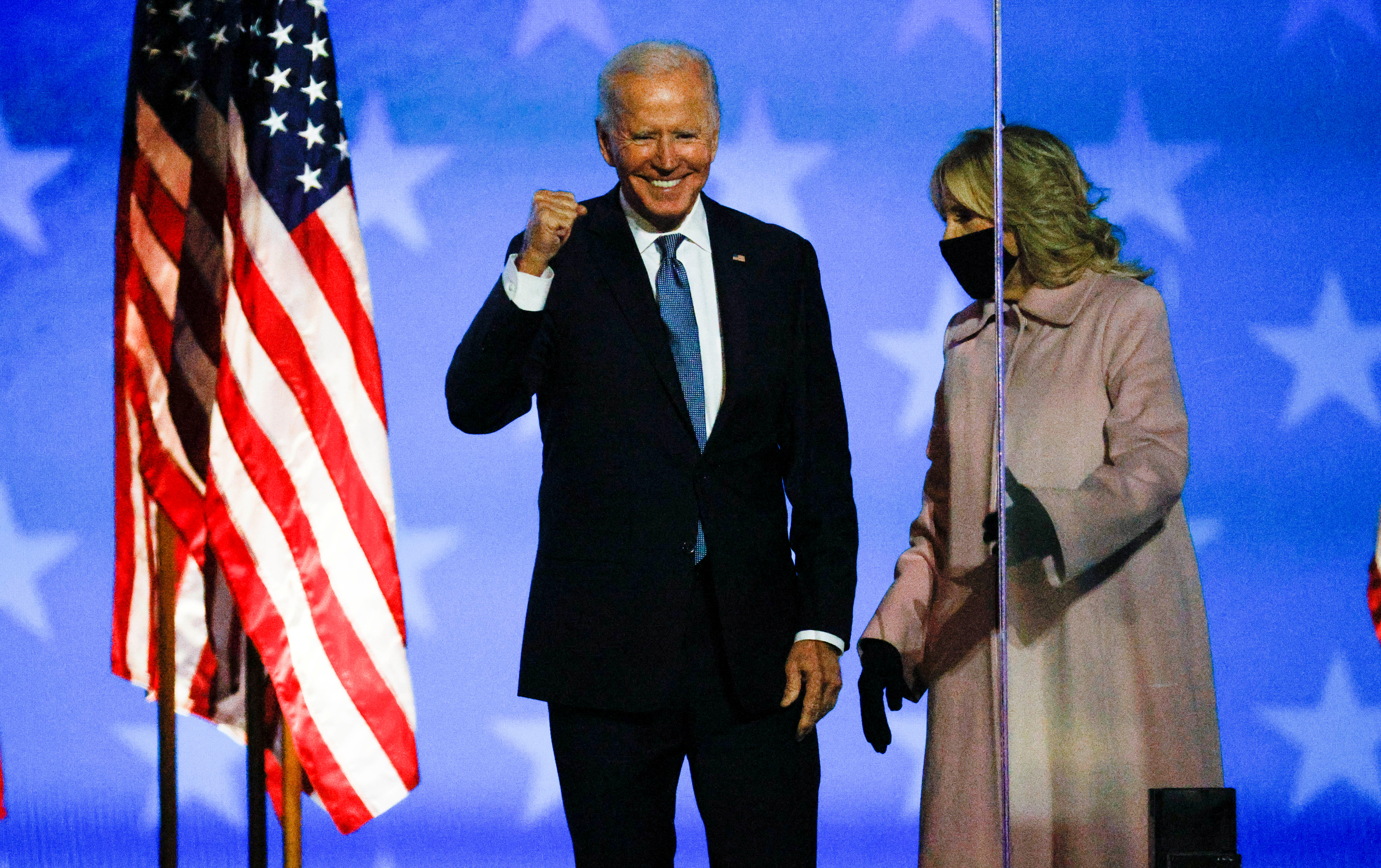 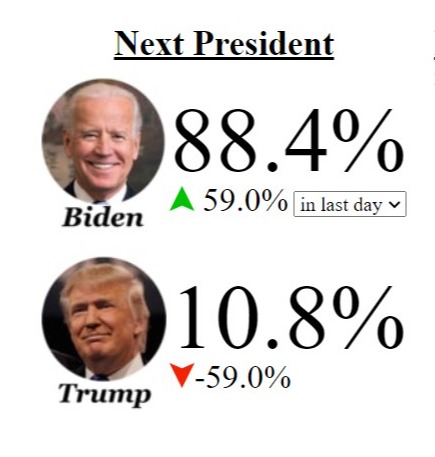 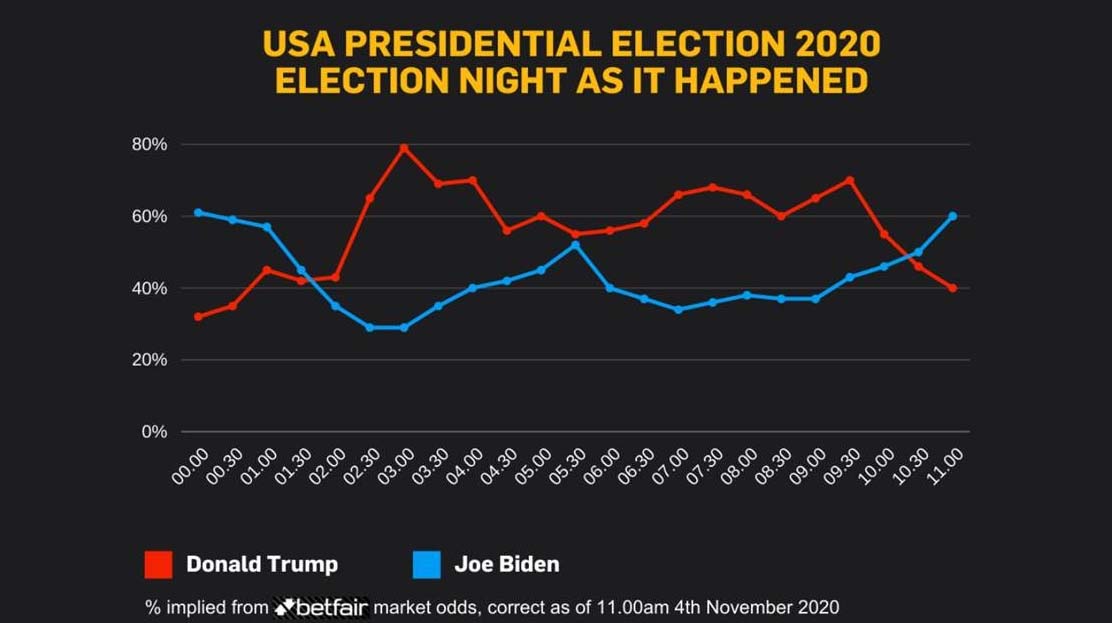 Election Betting Odds currently has Biden at a 88.4 percent chance of winning while Donald Trump was placed at 10.7 percent.

According to gambling website Betfair, betting markets placed the Democrat at a 86.7 percent chance of beating Trump tonight.

The mail-in ballots counts over the past 24 hours have turned the tide for Biden, who initially went into the fraught election as the bookies' favorite.

Biden today said "it's clear that we're winning enough states to reach 270 electoral votes needed to run the presidency," adding that he would wait until the count is finished to proclaim it.

He had been the front runner with a 69 percent chance of winning until late on Tuesday night, when the odds jumped in Trump's favor to almost 77 percent from 40 percent earlier on Election Day. 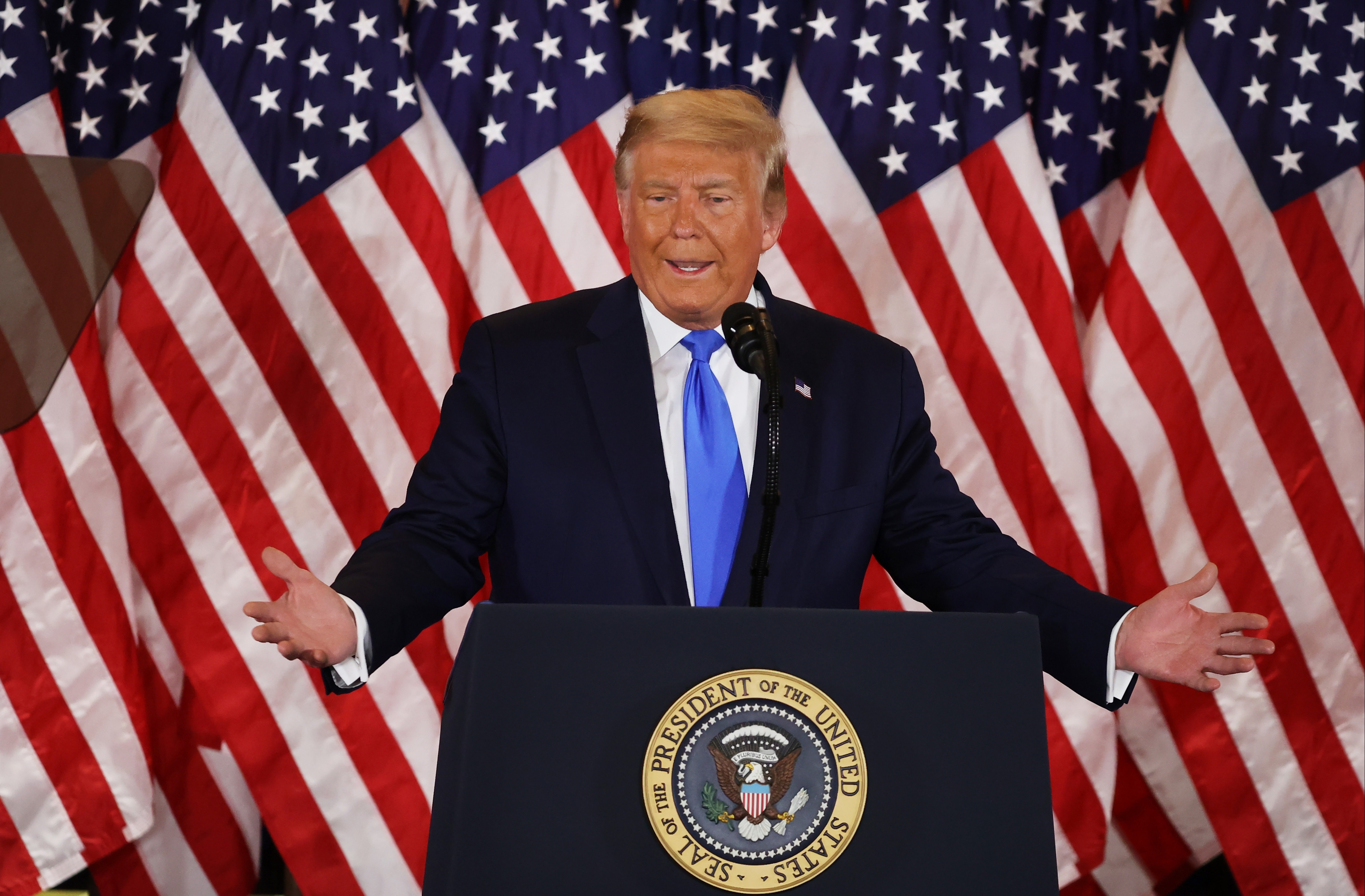 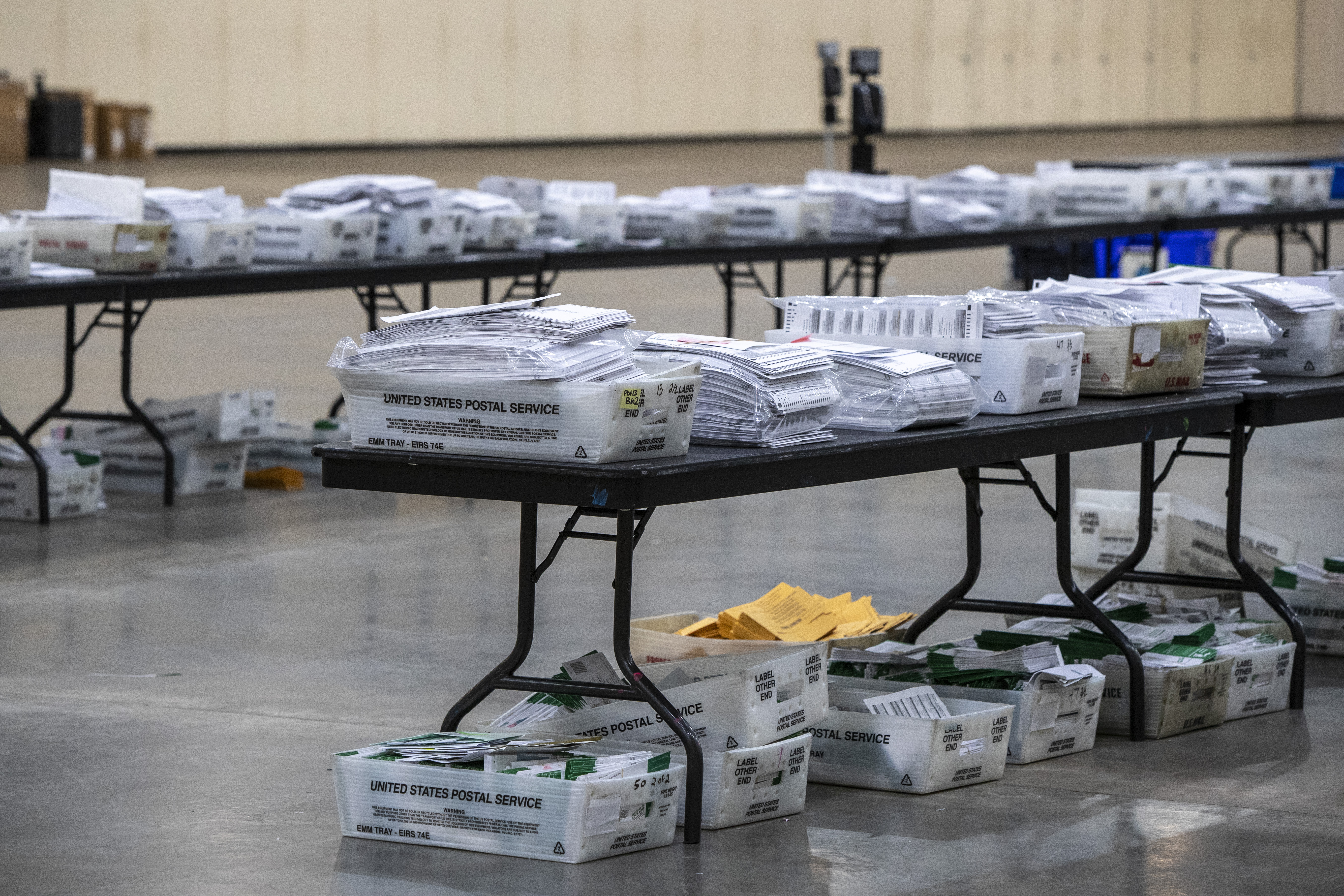 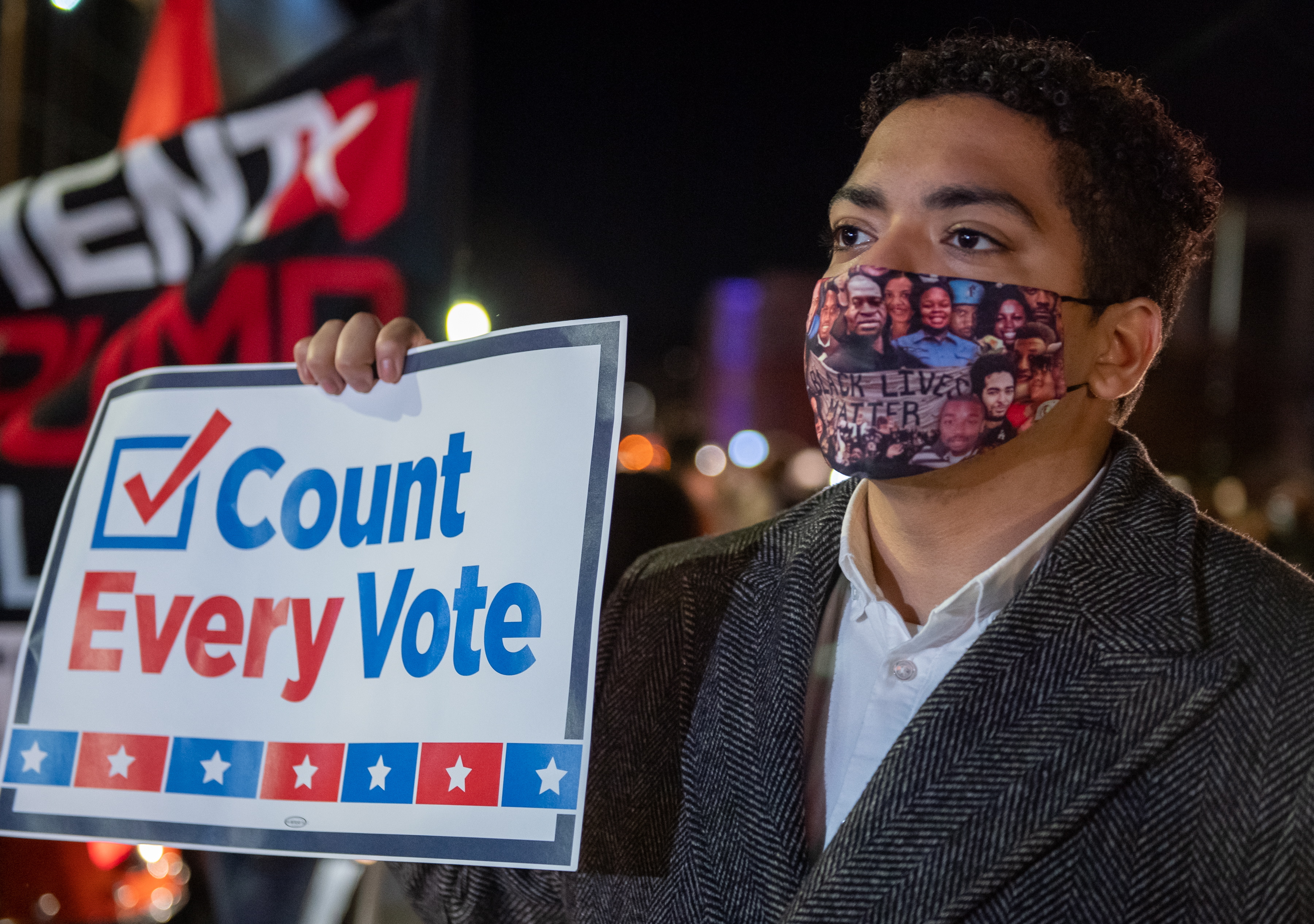 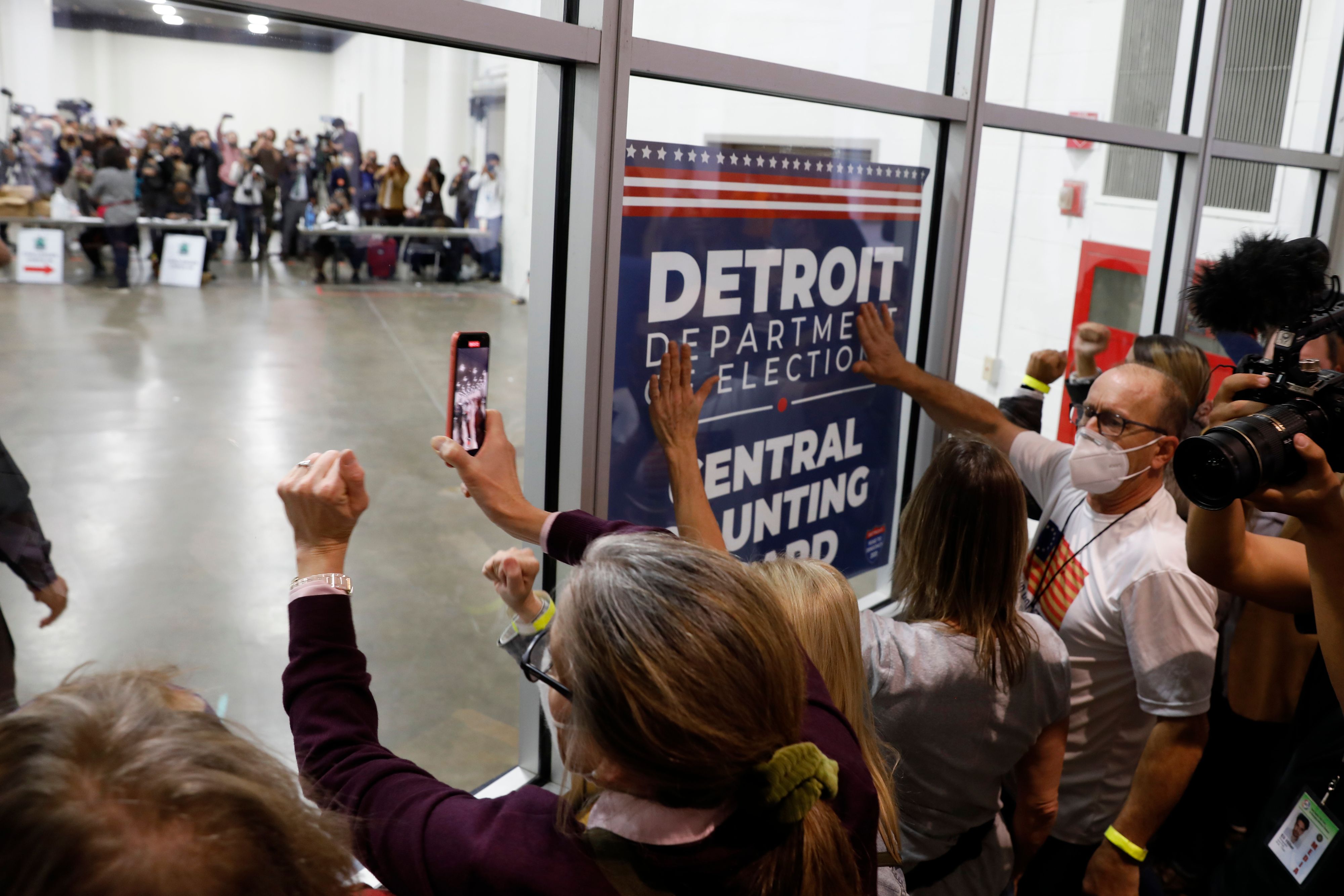 By 9.45pm, Biden's plunged to 48 percent as his Republican rival secured several key battleground states, such as Florida and Texas.

Betfair spokesperson Sam Rosbottom said: “After a rollercoaster 24 hours, it looks like Donald Trump's prospect of re-election is finally starting to fade significantly as his route to victory narrows again.

“The battle for the finish line in the US Election is playing out very similarly to our special Race to the White House Stakes horse race which aired on polling day to predict the winner.

"Our race saw BidenHisTime beat SuperTrump in a photo finish after the two runners were locked neck and neck in a ding-dong dash down the home straight.”

The majority of these numbers are based on European bets because it's illegal for Americans to gamble on politics.

The nail-biting election lead up has put $460 million in betting money on the line, according to Oddschecker.

Early on in the election battle, Trump bagged Kansas and North Dakota, while Biden flipped Colorado and Virginia.

Millions put their coronavirus worries aside to cast their ballot on Tuesday after 102 million fellow Americans voted days or even weeks earlier.

And while Biden has declared "we'll win" the election after crucial victories in Michigan and Wisconsin, Trump has reportedly vowed to "go down fighting." 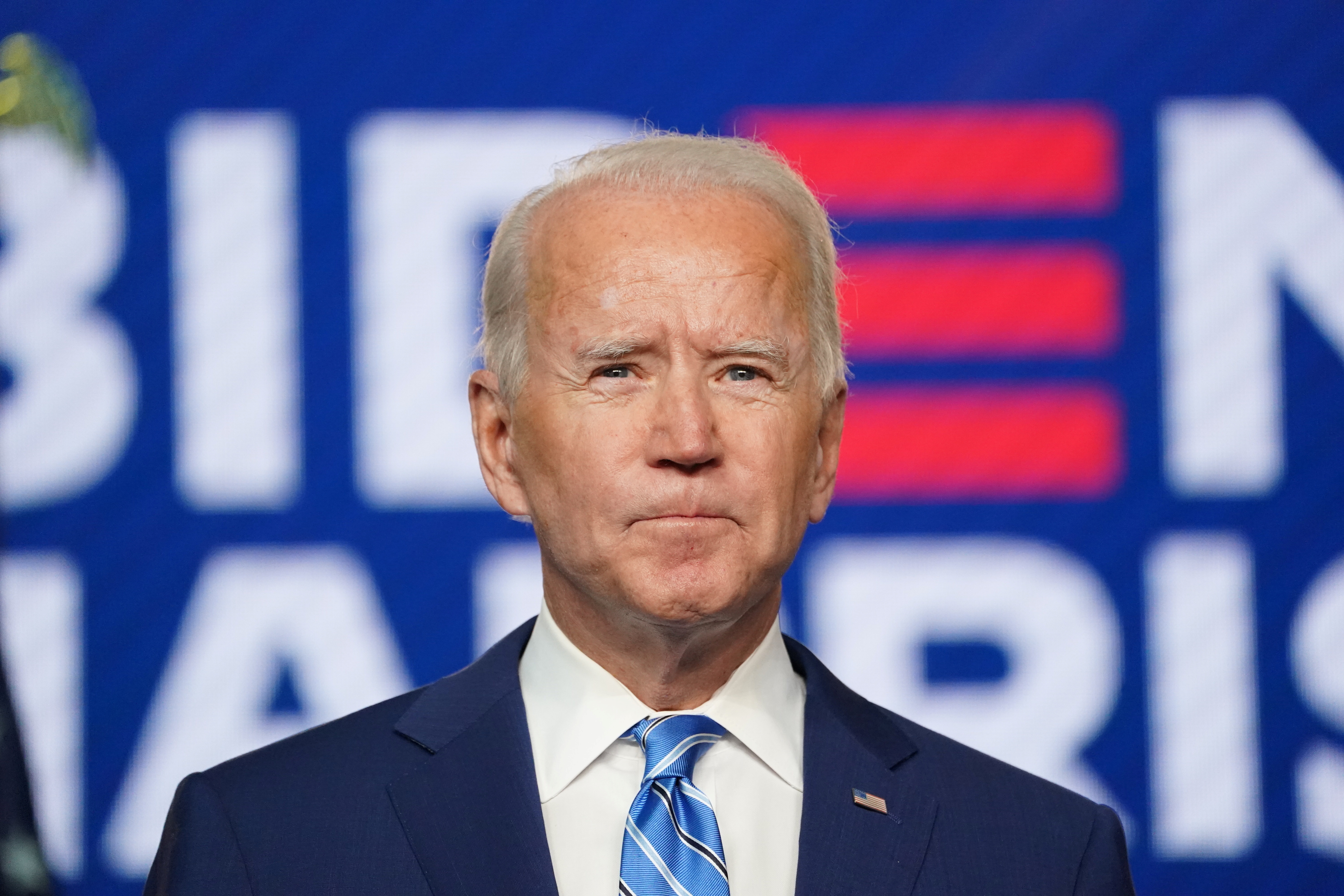 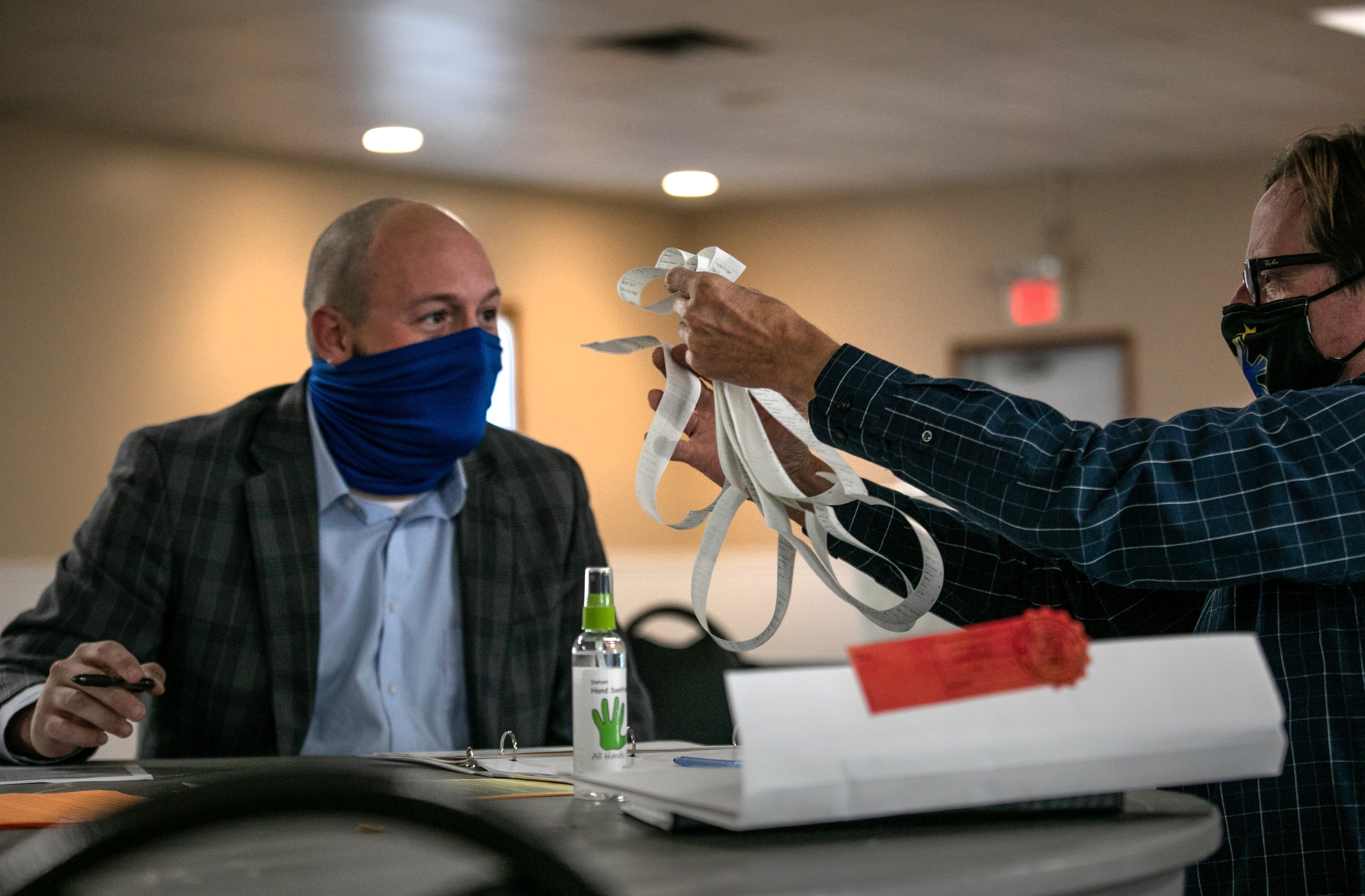 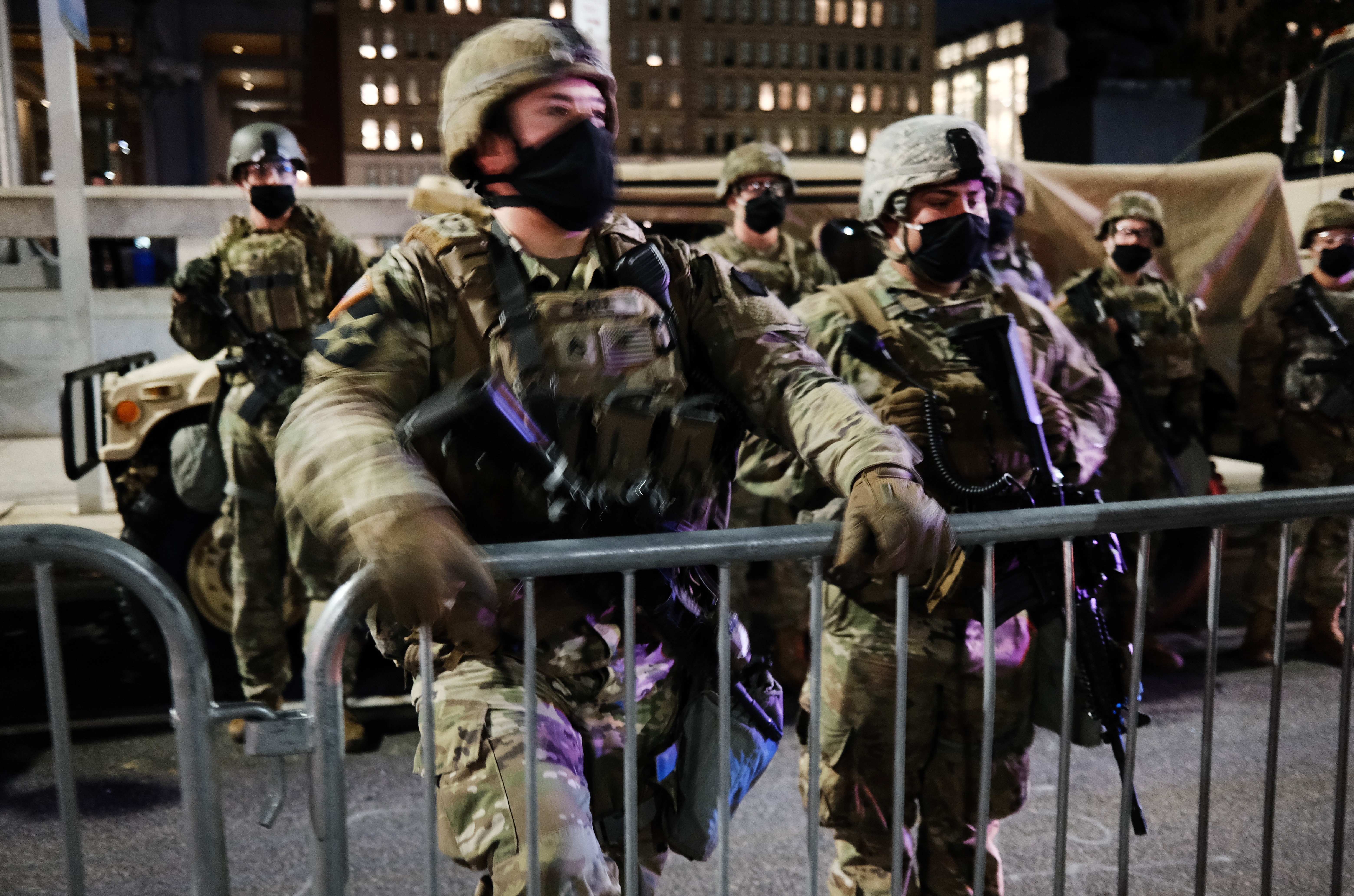 America is tonight anxiously waiting for the results of nail-biting races in he and Georgia which could secure the White House for Biden if he claims both states.

The Trump campaign has filed lawsuits to stop vote-counting in Pennsylvania, Michigan, and Georgia to demand better access for Republican observers to locations where ballots are being counted.

Races in Georgia, with 16 electoral votes, and Arizona, with 11, are still too close to call.

But if those states' results are finalized tonight, Biden could win the election tonight and the race could be over.

In Arizona, election officials updated on Wednesday night that Biden has 50.7 percent to Trump's 47.9 percent. 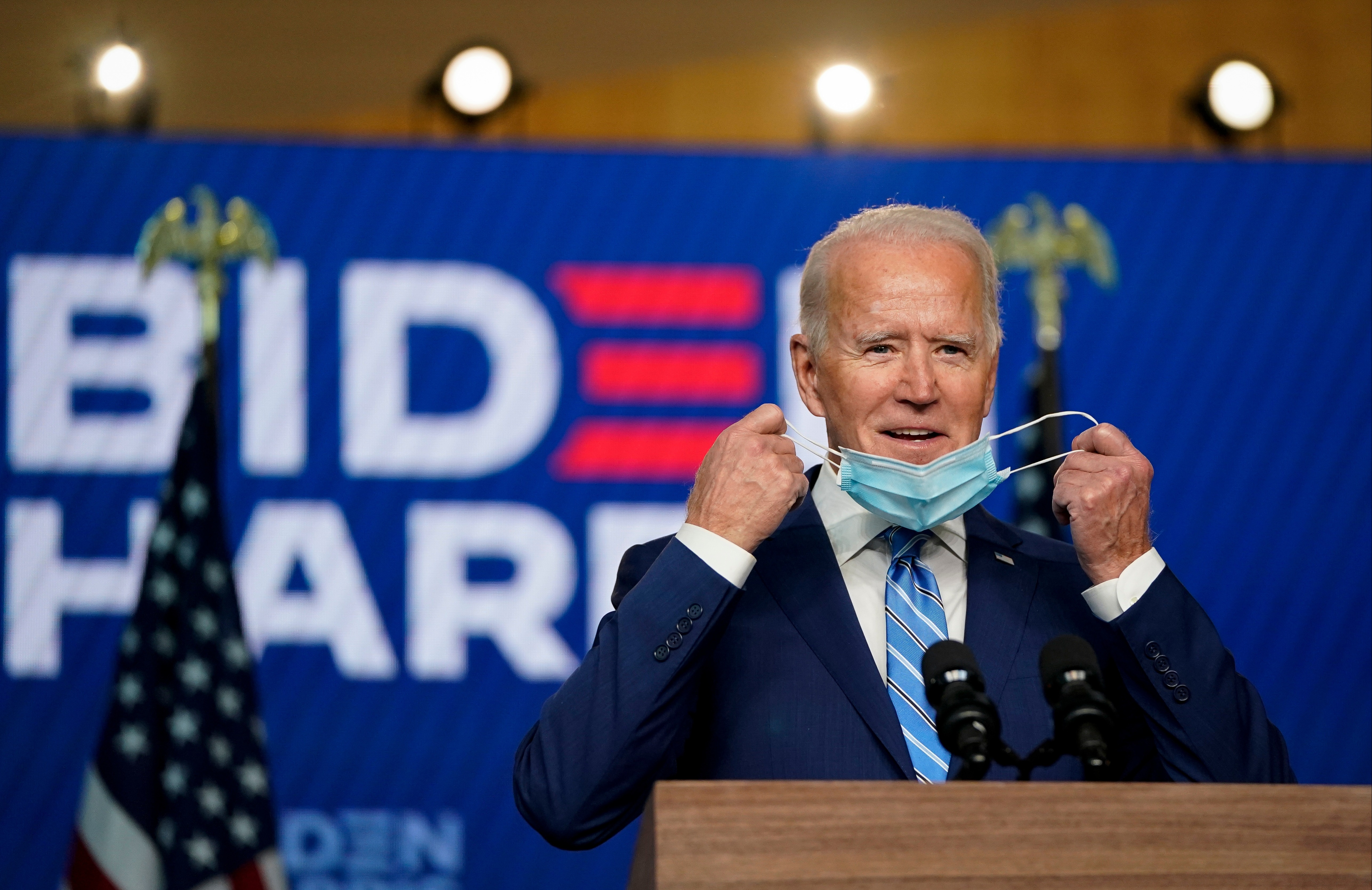 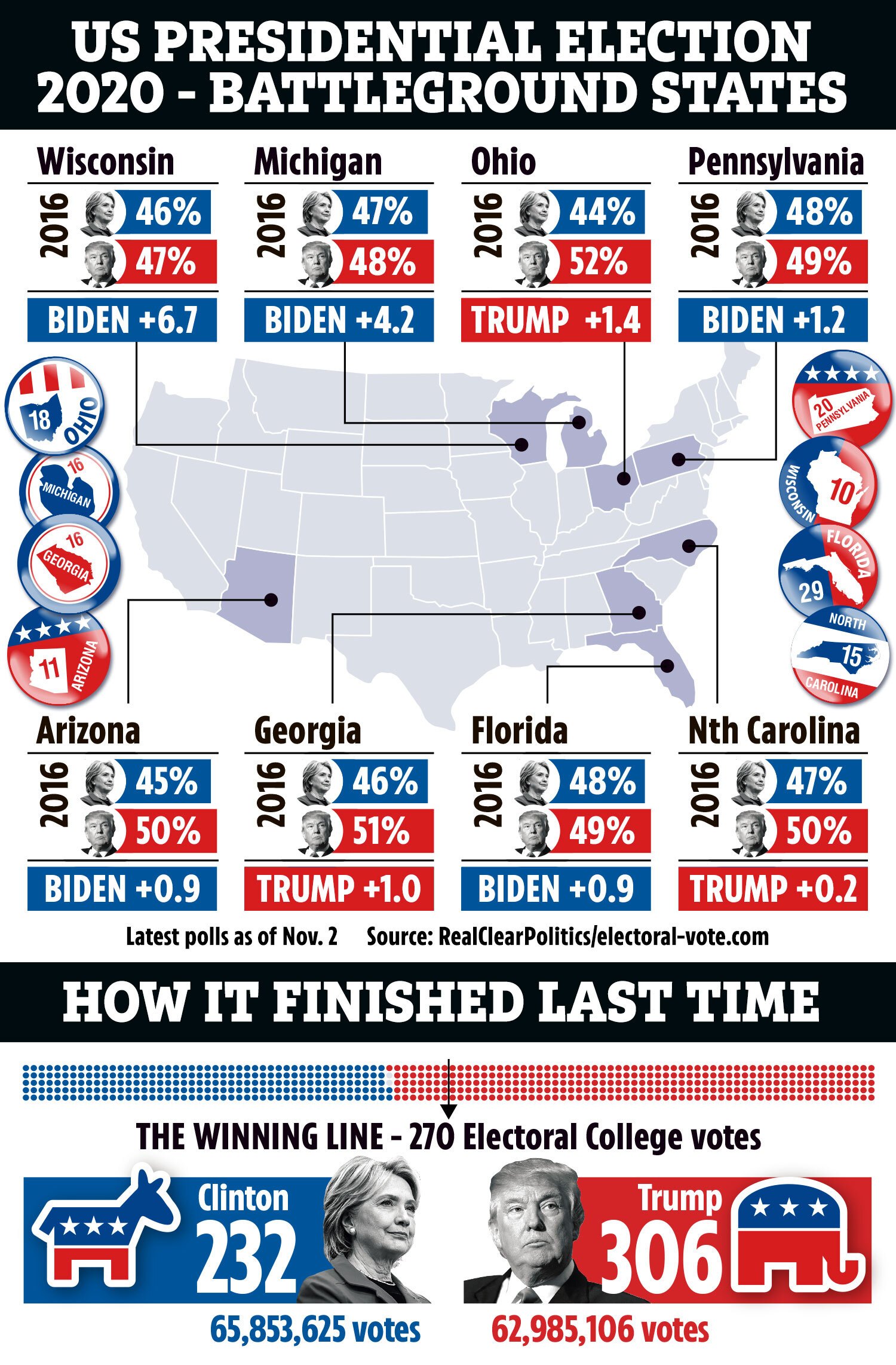 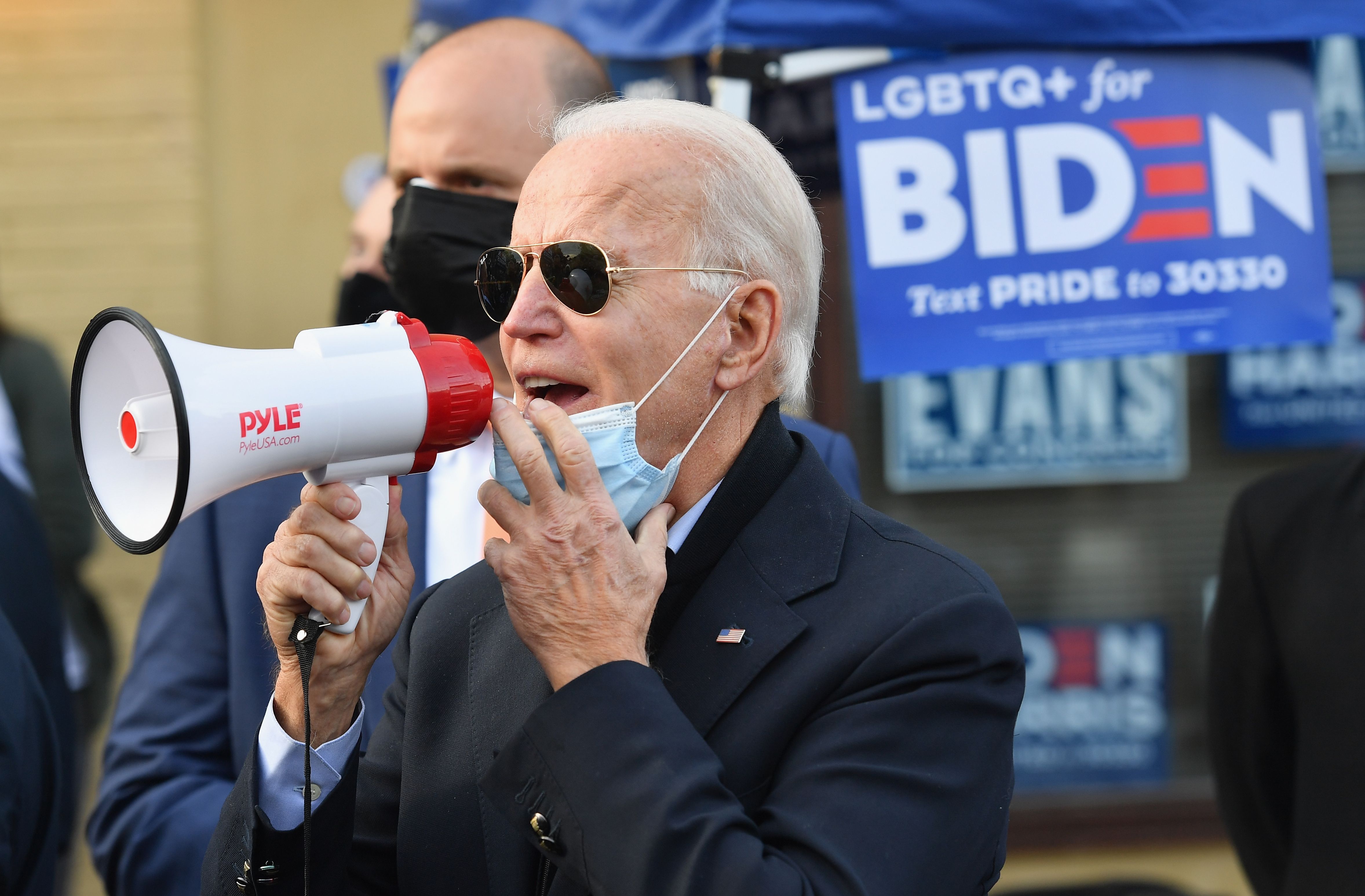 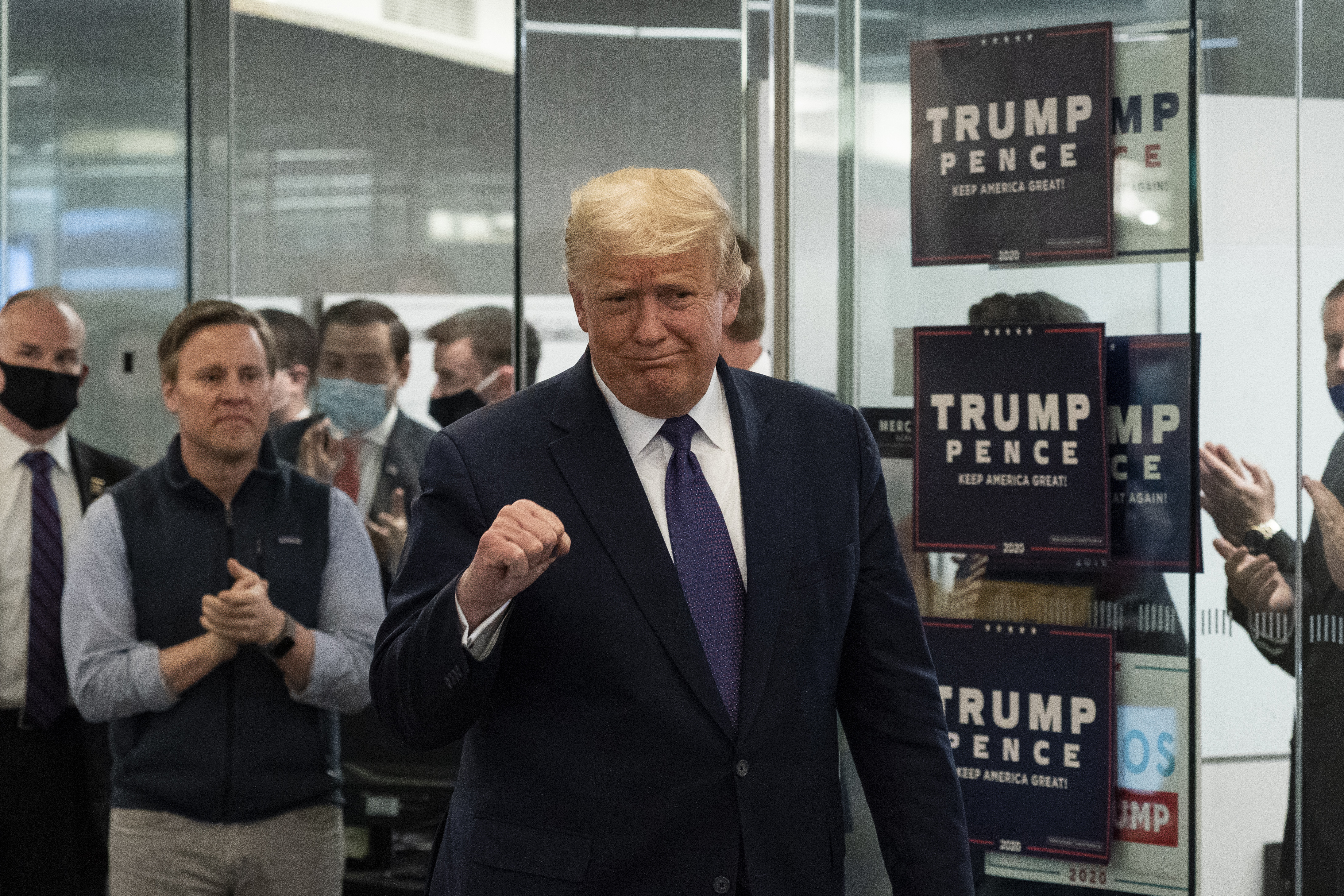 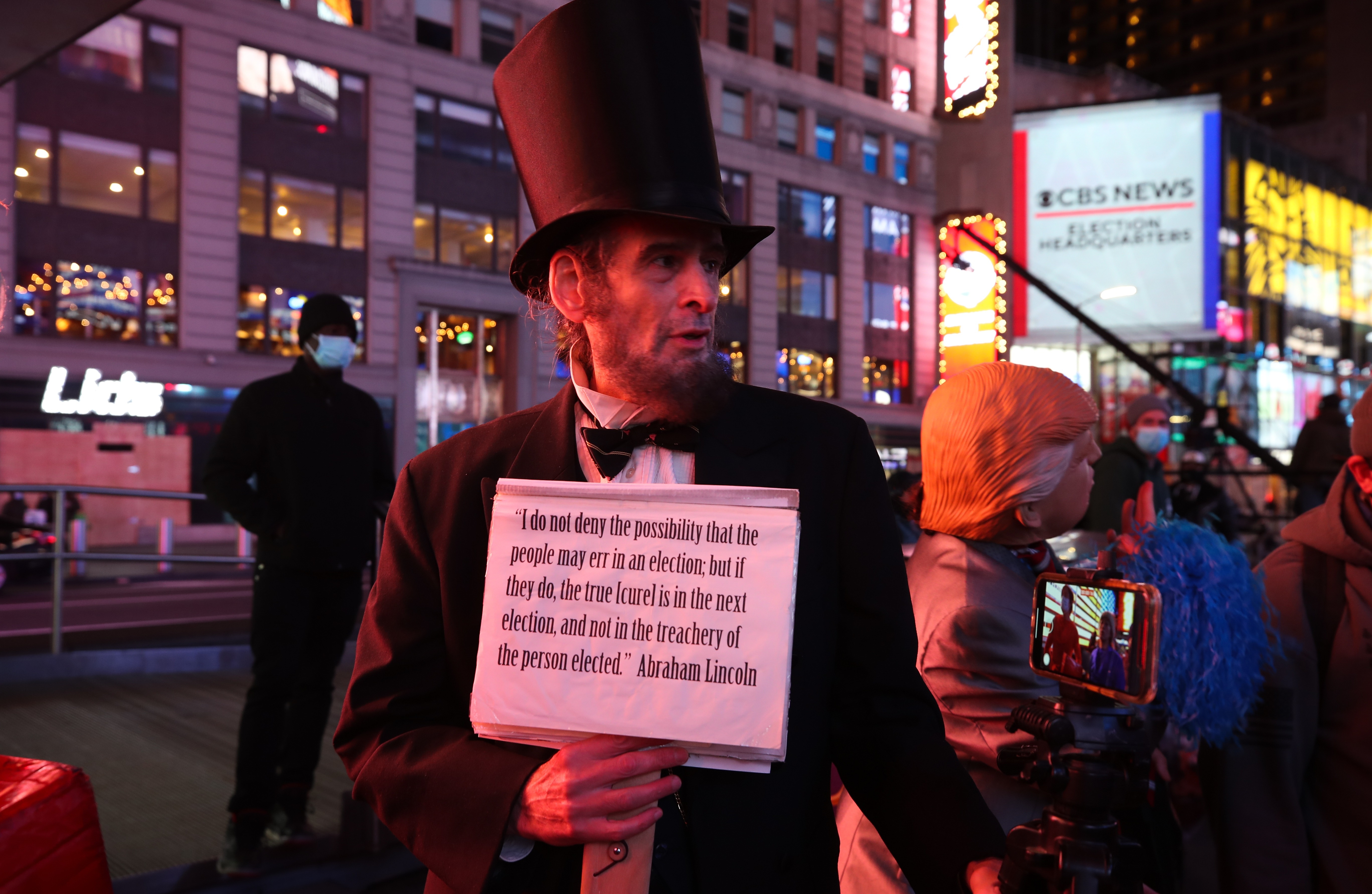 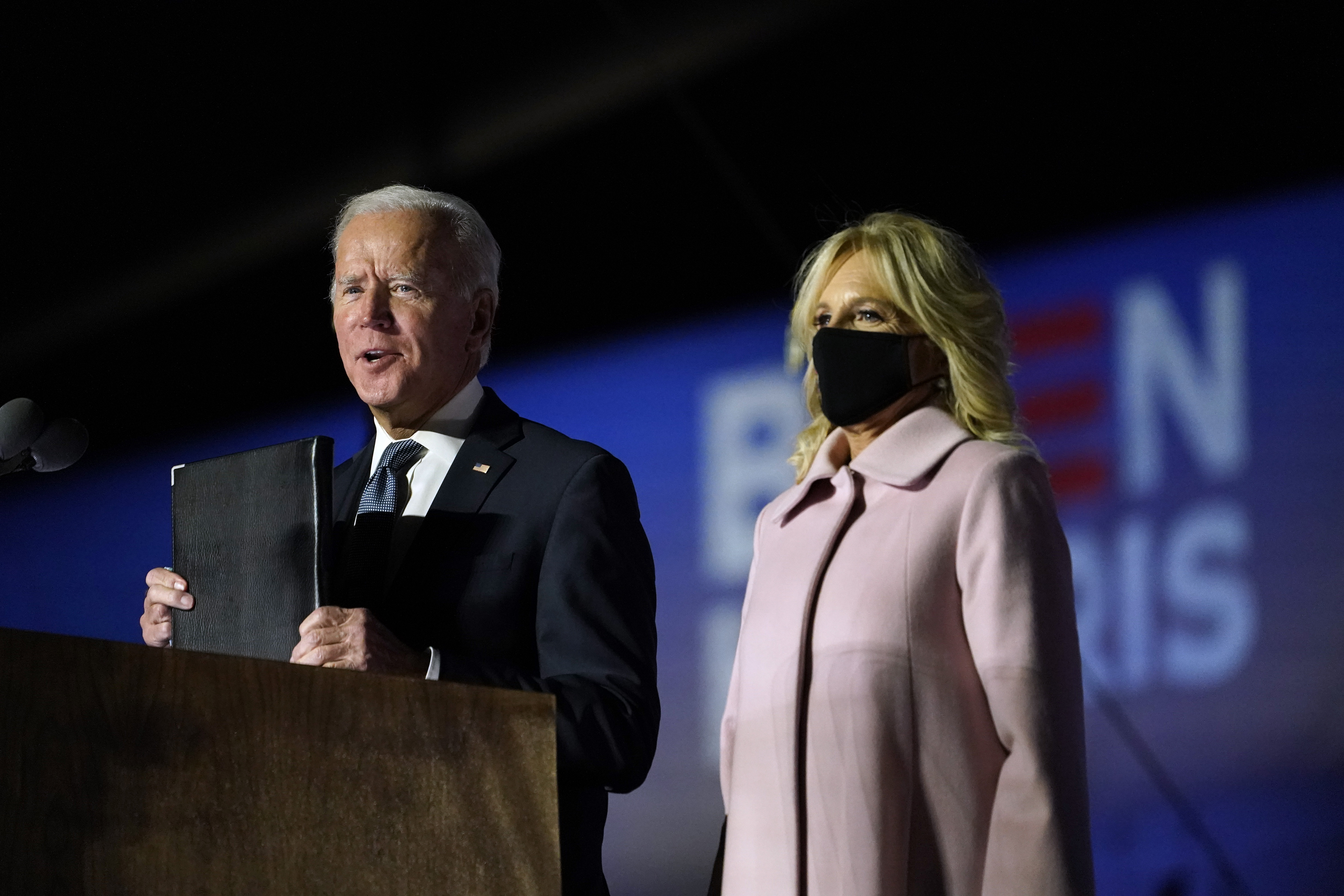 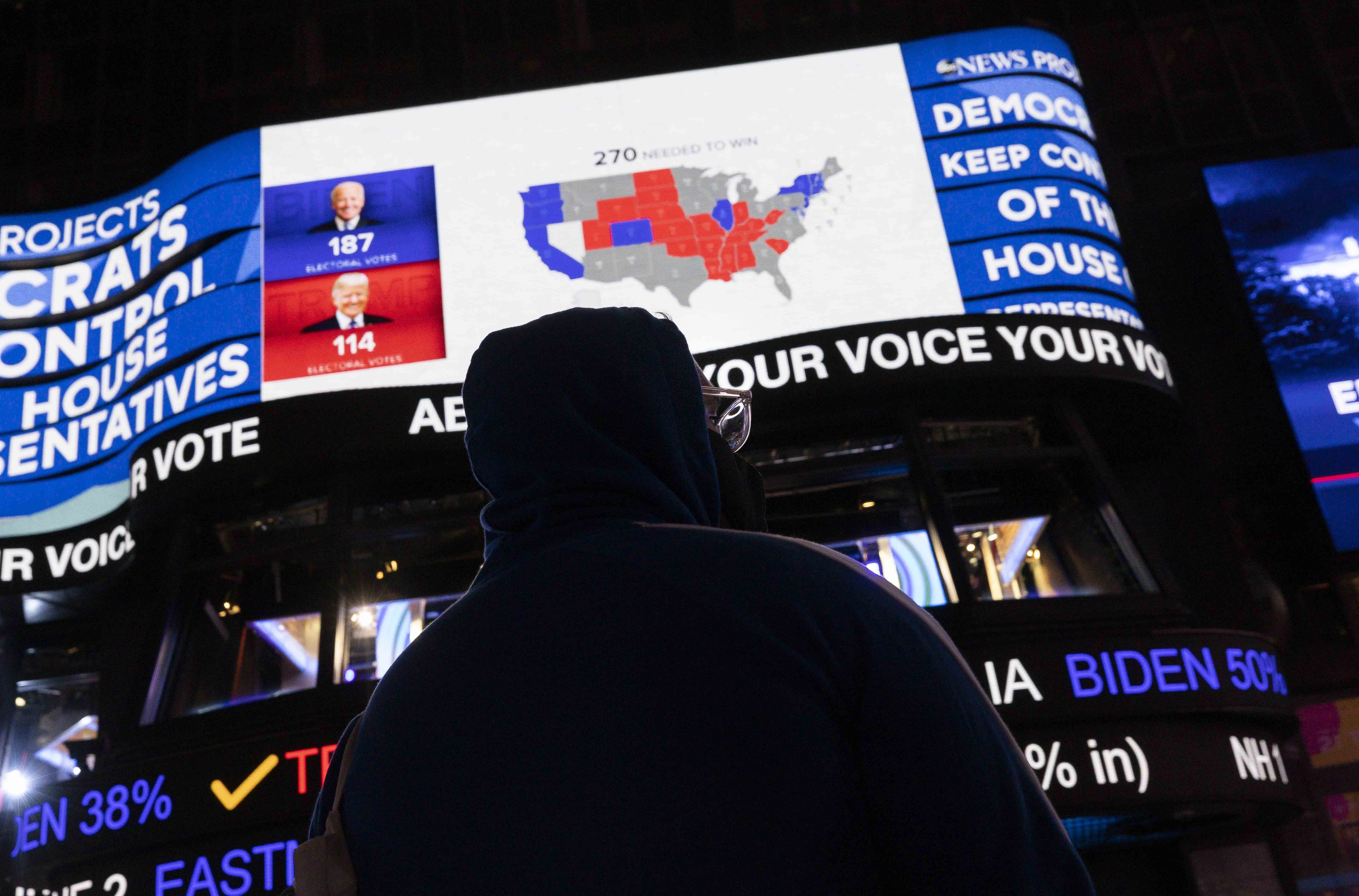