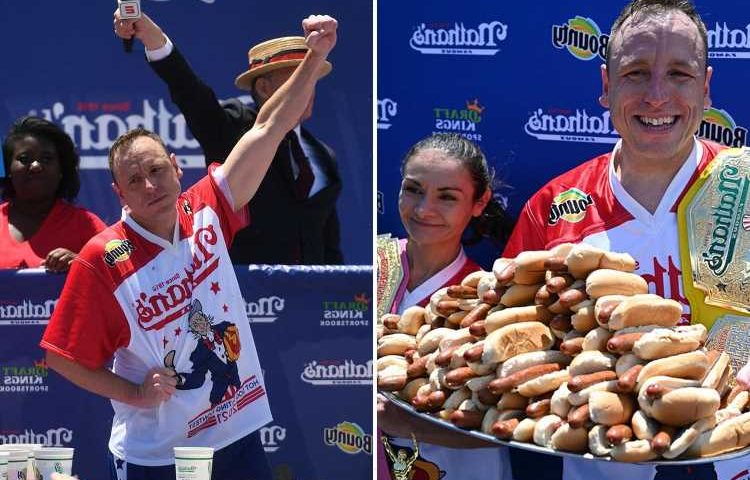 Chestnut, 37, gobbled down 76 franks in just 10 minutes to secure his 14th win in the competition. 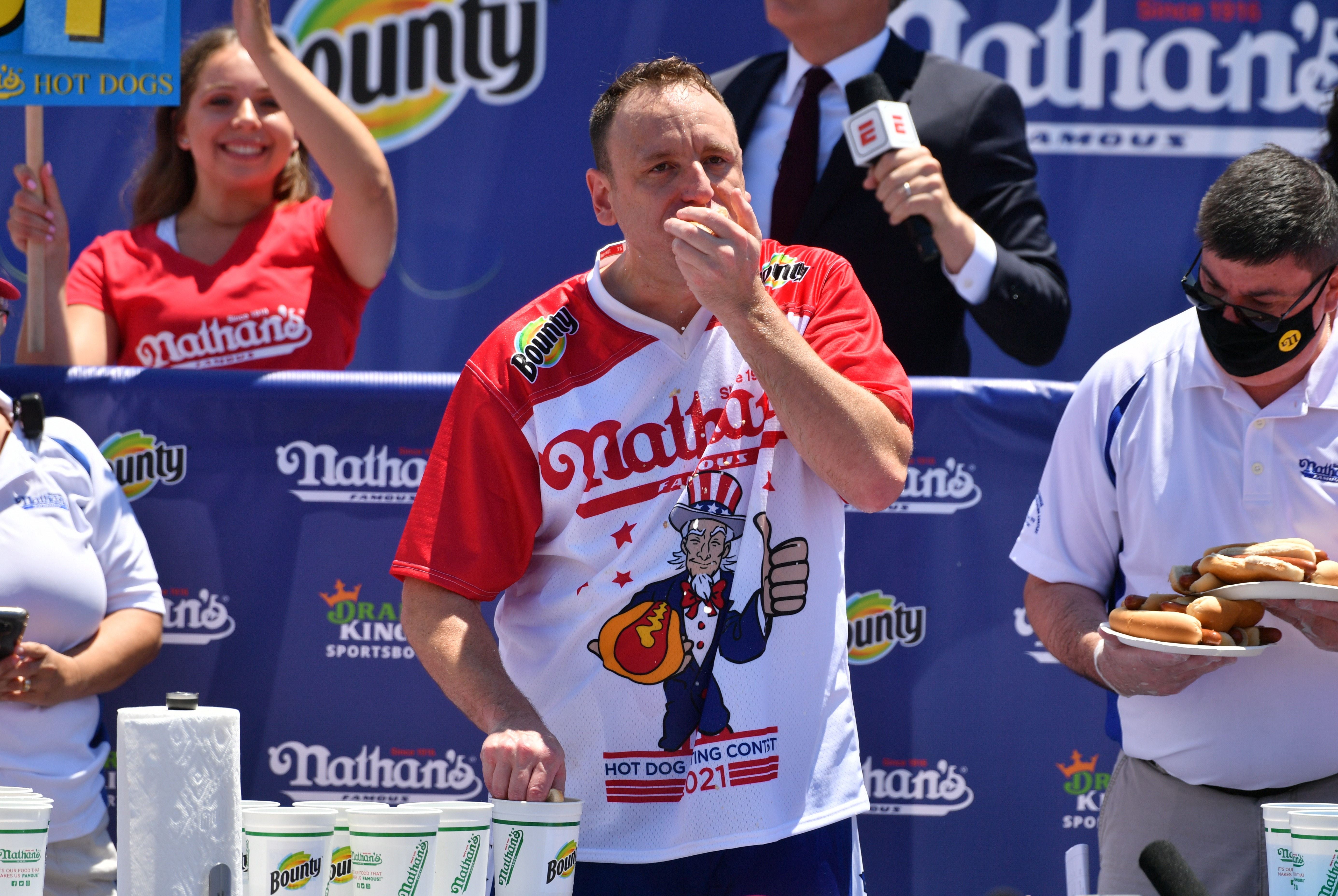 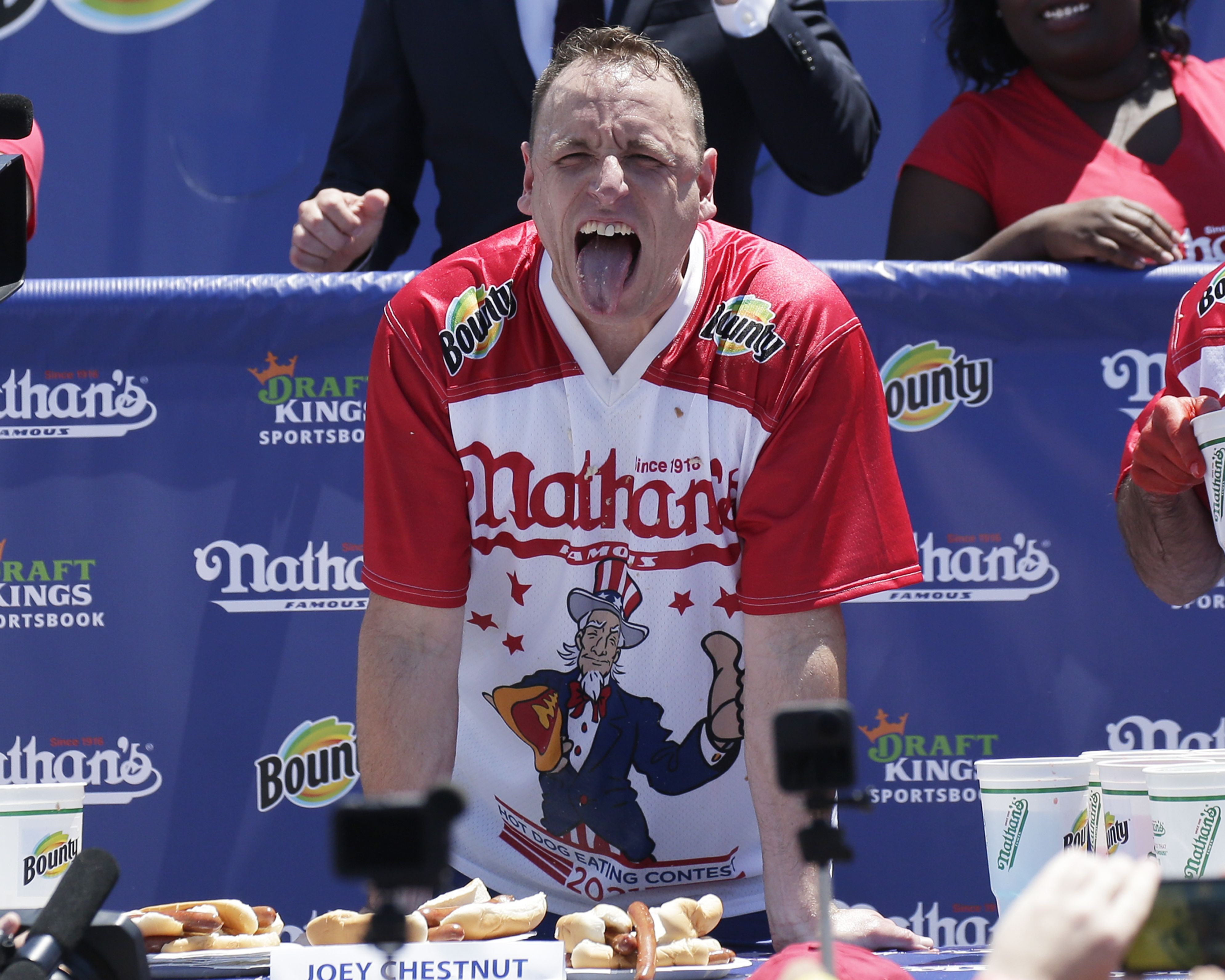 The competitive eater, known as ‘Jaws’ saw off competition from Geoffrey Esper, who finished second eating 50 hot dogs, to claim the Mustard Belt.

Chestnut has now won 14 of the last 15 hot dog eating contests since taking down six-time defending champion Takeru Kobayashi in 2007, with his only loss in 2015 to Matt Stonie.

Over the years Chestnut has taken part in the Independence Day event, Chestnut has wolfed down a record 1,089 hot dogs. 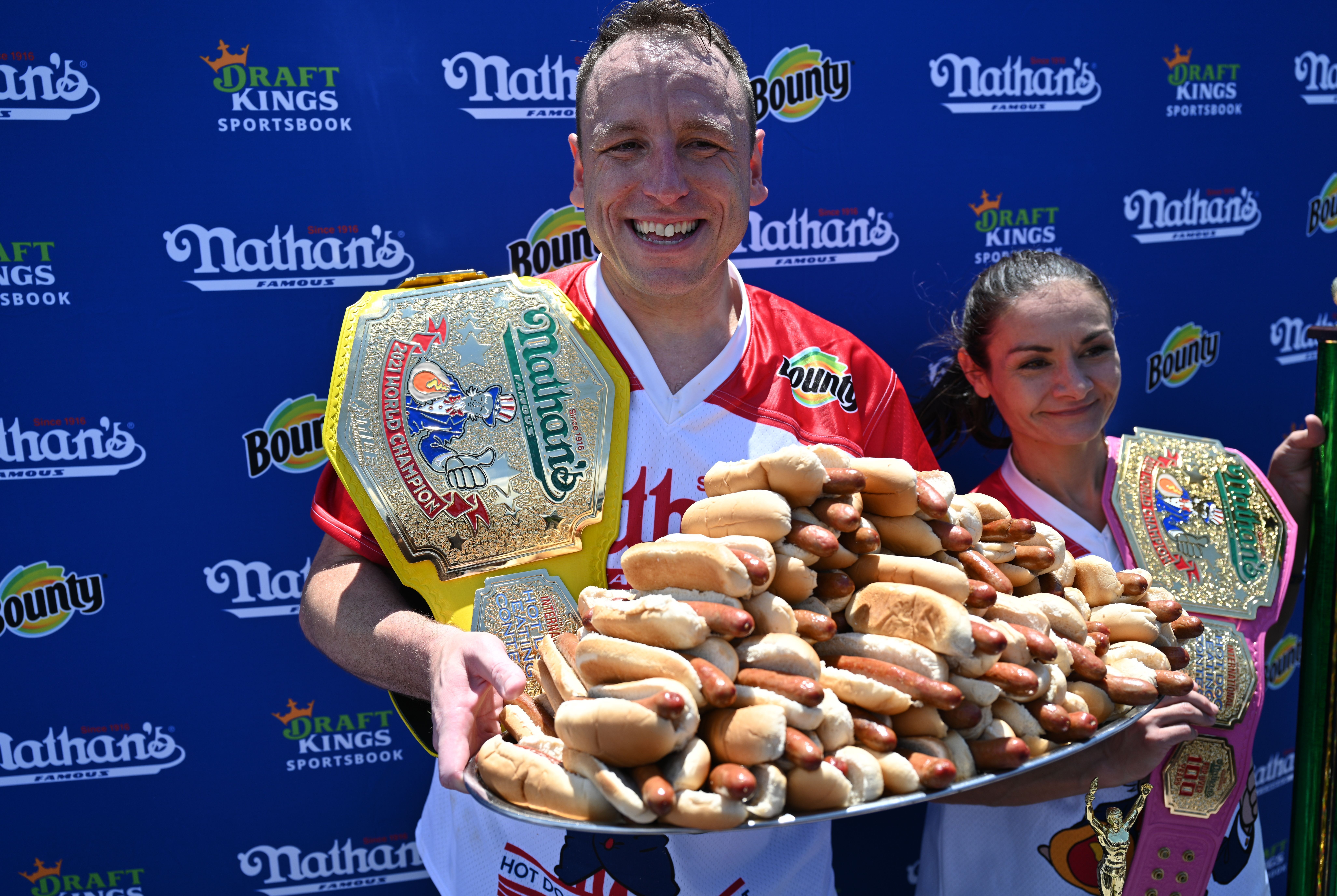 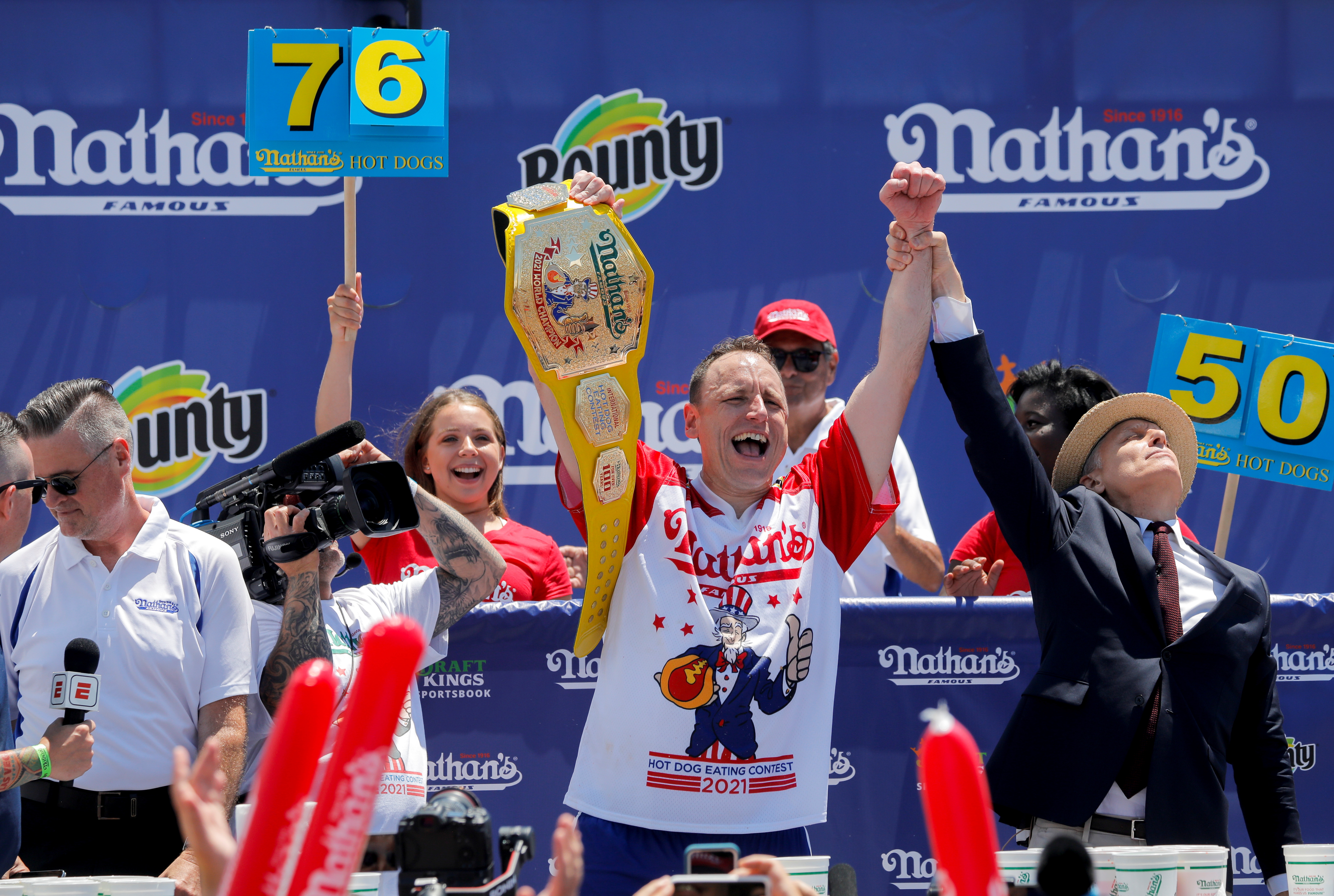 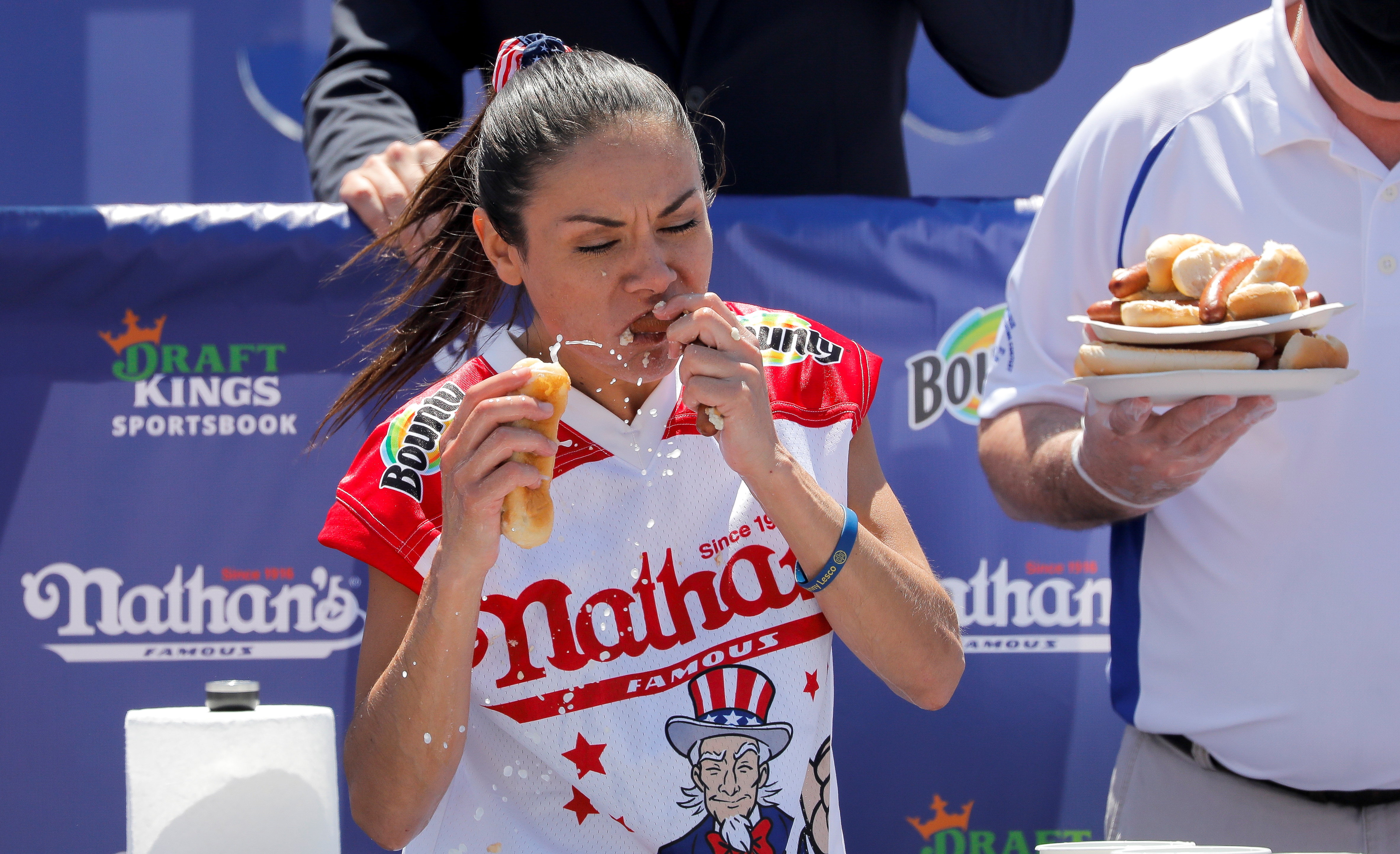 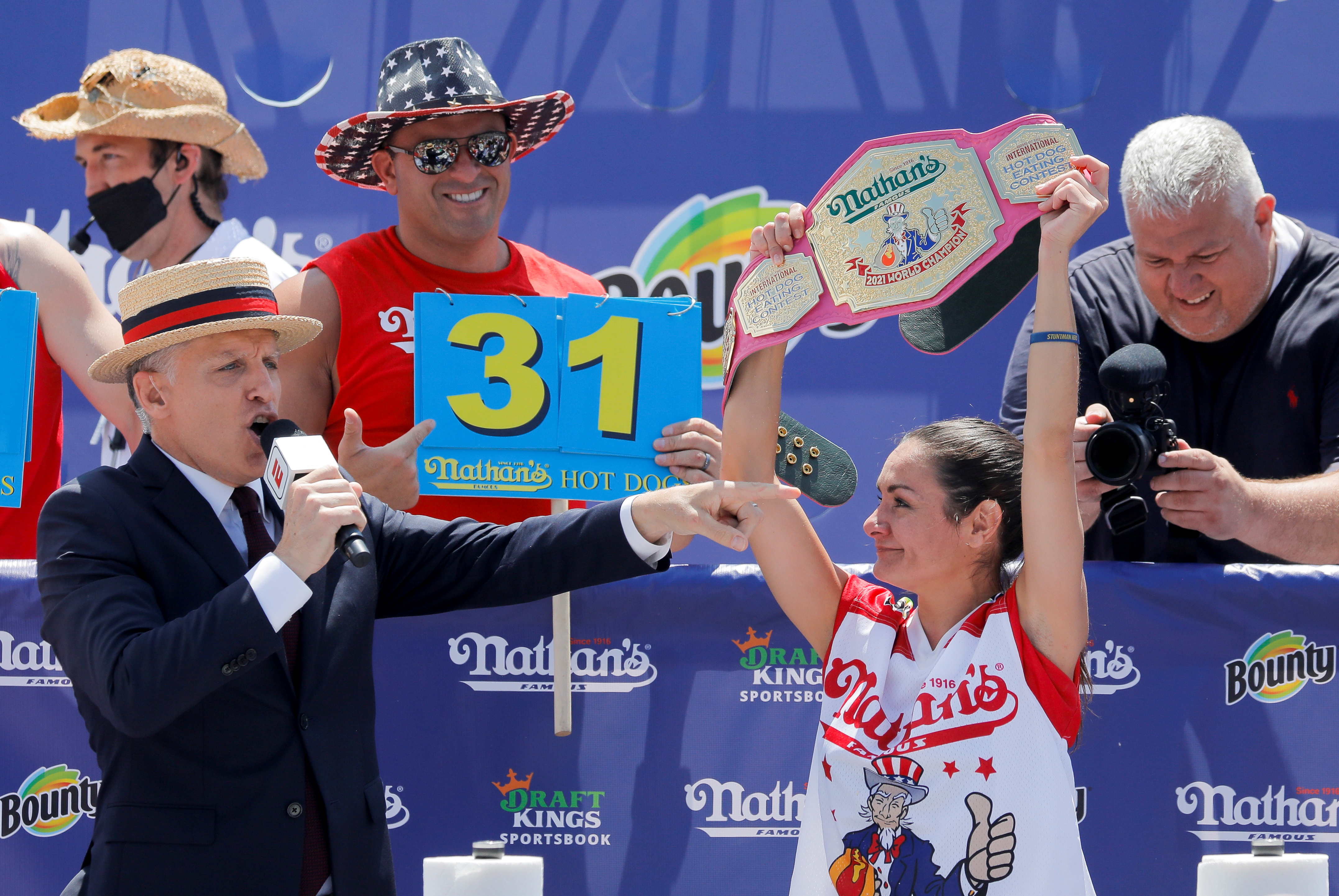 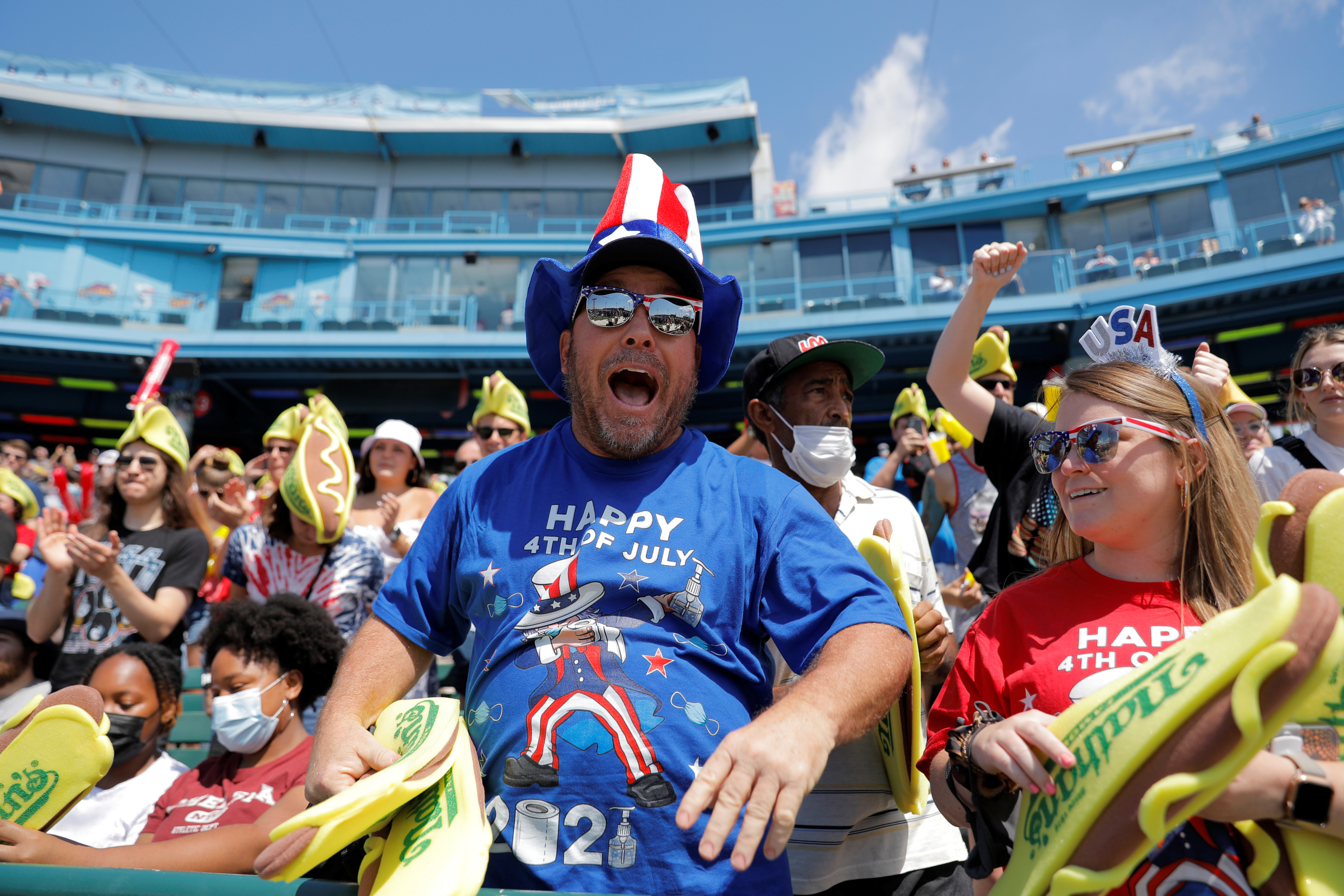 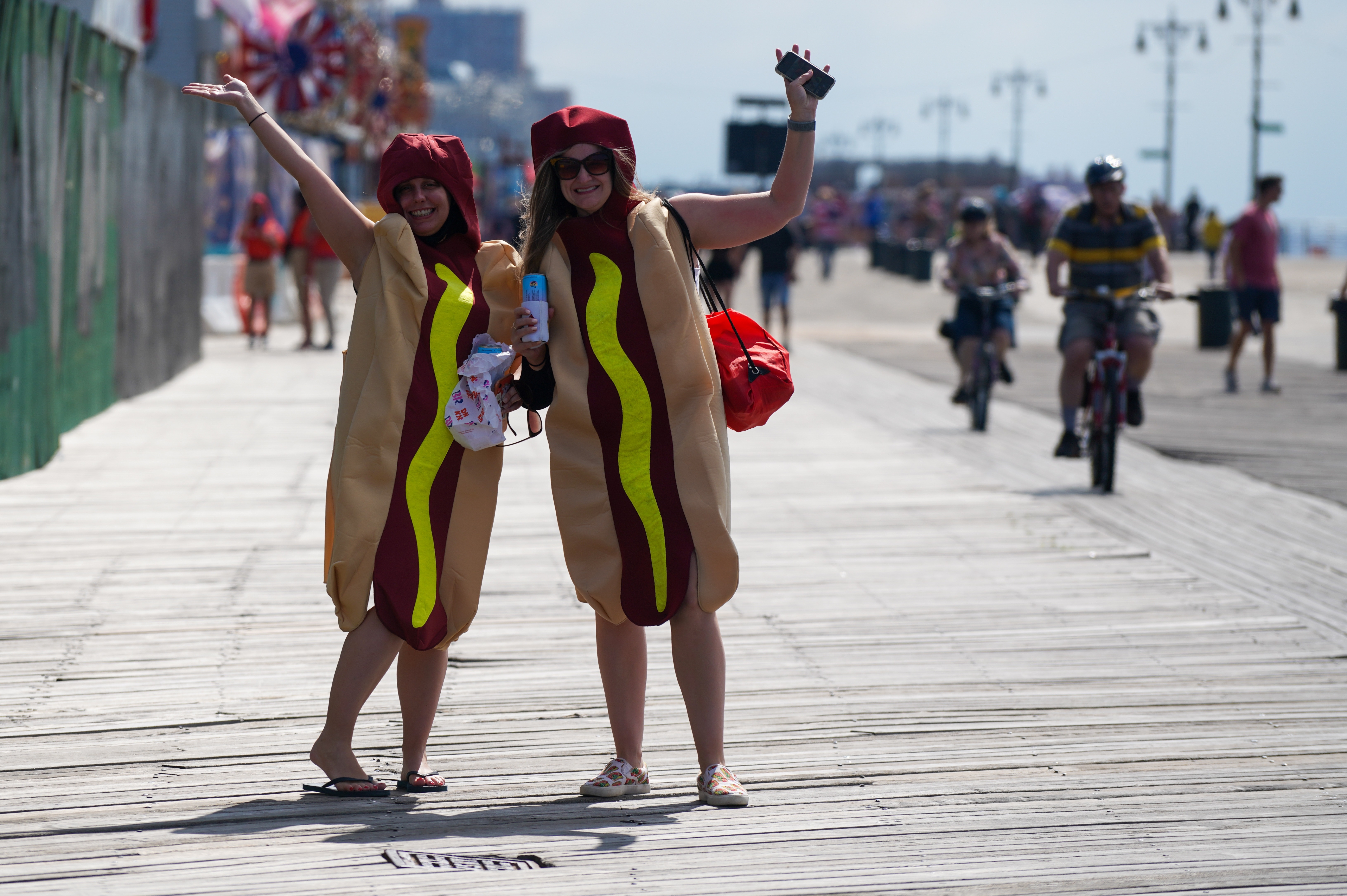 This year’s event took place in Coney Island with many fans rooting for Chestnut who set off at a record pace, putting away 30 hot dogs in three minutes.

“This is what I love. I love eating in front of people and they love pushing me,” Chestnut said on ESPN before the contest. “I’m just a guy that eats hot dogs and have fun. I’m just so happy to be doing this.”

Chestnut beat his own world record by one frank after devouring 75 hot dogs last year at a private Covid-19 friendly location.

He told the Boston Globe in 2012: "This sport isn't about eating. It's about drive and dedication, and at the end of the day, hot dog eating challenges both my body and my mind."

On the women's side, Michelle Lesco won the competition with 30¾ hot dogs in 10 minutes.

Reigning champion Miki Sudo sat out this year because she is pregnant.