Buenos Aires: A judge in Argentina indicted 19 people for their alleged involvement in a yoga school in Buenos Aires that operated like a sect and coerced female members to have sex with rich and powerful men in order to obtain money and other benefits. 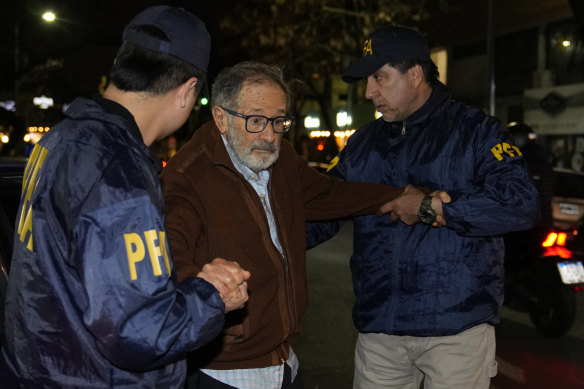 The Buenos Aires Yoga School, which operated for more than 30 years in Argentina’s capital under the leadership of 84-year-old Juan Percowicz, did not actually offer yoga classes. Instead, it lured in people with promises of eternal happiness before it exploited them sexually and financially, prosecutors say.

The investigation into the group revealed that opera star Placido Domingo had contact with the organisation’s leaders for more than two decades.

Lijo ruled that 14 of the 19 people indicted will be remanded in custody and an embargo has been placed on their assets. Prosecutors had requested indictments of 20 people.

Law enforcement officials continue to search for six suspects believed to be in the United States, where the school had offices in New York, Las Vegas and Chicago.

In his resolution, Lijo says the school tricked vulnerable people to join, noting leaders preyed particularly on those who were underage or had serious health problems, including addictions. People were wooed to join with promises of healing and support, but were later exploited, often sexually, for the benefit of the organisation’s leaders.

The group operated by cutting students off from the outside world by giving them living quarters, work within the organisation and making sure they started socialising exclusively with people who were part of the organisation.

Students were used and exploited, both sexually and financially, to obtain economic benefit for Percowicz and other top leaders of the organisation, Lijo said. Members were often forced to have sex with wealthy or powerful men in order to build a commercial relationship with the men deemed their “boyfriends”.

Female students were forced to determine what they could get from each person and they had to do everything possible to obtain it, Lijo said.

Percowicz claimed to have great wisdom and even “divine powers” as a way to indoctrinate students and explained his beliefs on a mixture of classic literature as well as religious and spiritual texts.

It was up to Percowicz to decide how students moved up the seven levels of the school’s strict hierarchy that had the leader at the top, a system that amounts to psychological coercion, according to Lijo.

Even though the leaders of the group promised students they would receive teachings in philosophy and they would be healed, the only goal of the group’s leaders was to make money, Lijo said.