Randle discussed the gesture after the game, saying it was meant to tell Knicks fans to "shut the f*** up."

Randle released a statement Friday admitting he should have been more professional and used more appropriate language.

Randle compared his comment and gesture to saying something you regret to people you love. He said his actions came, "From a place of passion and deep love."

Julius Randle gave thumbs down with 5 minutes to play

Randle gave the thumbs down with a little over 5 minutes to play in the contest. After the game, Randle was vague about why he made the gesture, "You saw that. You saw what was going on with that. Forget. Forget."

It's assumed Randle's thumbs down was a response to the Knicks being booed earlier in the game. The team fell behind by 25 points in the second quarter, leading to the fans booing the team.

New York surged back into the game in the second half, and eventually won the contest on a last-second 3-pointer by RJ Barrett.

Randle's gesture — and postgame comment — will draw ire from Knicks fans, but teammate Evan Fournier didn't have a problem with it. Fournier said it was, "No big deal."

"Honestly, no big deal in my opinion. The dude played hard as hell, he fought extremely hard, and he played well…Julius is the image of the franchise, he's the star player, of course he's going to get more criticism" pic.twitter.com/XcrS6oeCMv

Fournier — who put up 41 points in the win — said Randle gets more criticism than most players on the team because, "He's the star player."

Players on the New York Mets were the inspiration for Randle's gesture. Mets players Javier Baez, Francisco Lindor and Kevin Pillar drew criticism in August after giving a thumbs down to fans during a win over the Washington Nationals.

Baez said the gesture was the players' way of booing Mets fans, who booed the team during an August skid. The organization was furious, and issued a statement saying it would not tolerate negative gestures toward fans. Baez and Lindor apologized to fans two days after that statement.

Randle didn't even make it a full 24 hours before issuing his statement. In doing so, he learned a valuable lesson: Nothing good comes from emulating the Mets. 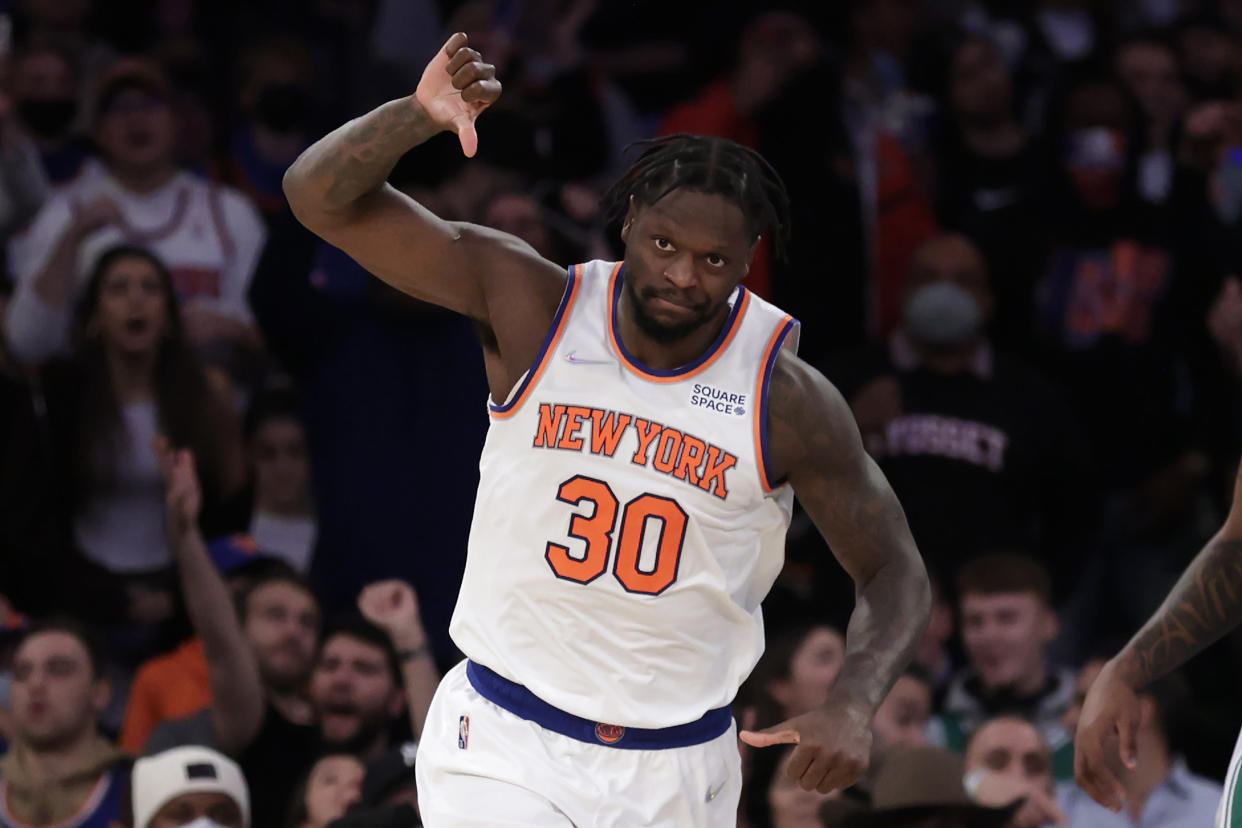