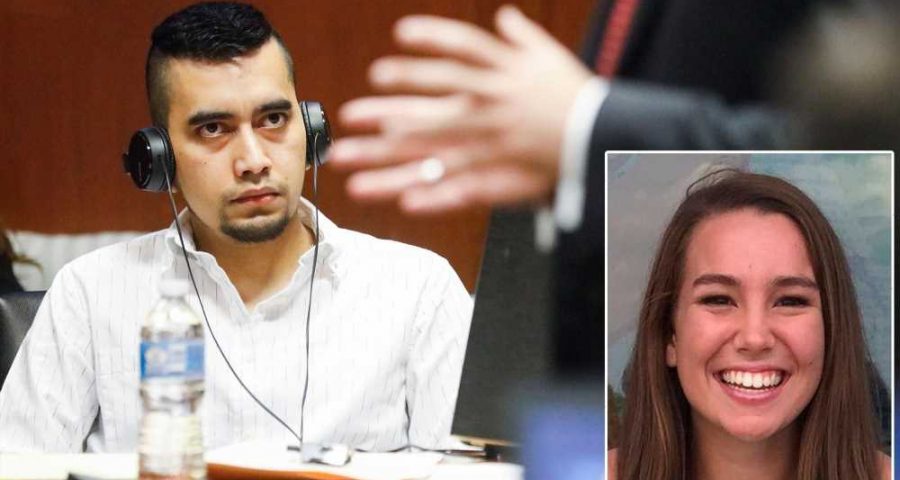 Jurors in the murder trial for the farmhand accused of killing Iowa college student Mollie Tibbetts on Friday were shown graphic images of her partially naked and decomposed body, along with some of her clothing items, including her underwear.

The photos were taken in the Iowa cornfield where Cristhian Bahena Rivera — a Mexican national who came to the US illegally — allegedly dumped Tibbets’ body after abducting her while she was out for a jog and knifing her to death, the Des Moines Register reported.

The photos show Tibbetts’ body partially covered by corn stalks and wearing brightly colored shoes and a pink sports bra, according to the report.

Black shorts, underwear and fabric they might have been from a headband were also found nearby in the cornfield, criminalist Amy Johnson testified at the trial, according to the report.

Tibbetts — who was studying child psychology at the University of Iowa — was killed in the summer of 2018 in a case that shocked America’s heartland — and bolstered then-President Trump’s tough-on-immigration stance.

Bahena Rivera allegedly used a stolen ID to come to the US and get a job as a farmhand near the University of Iowa, where Tibbetts was studying.

Friday was the third day of the prosecution’s case in the trial and included testimony from Tara Scott, a DNA specialist who works at a state crime lab in Iowa.

Scott testified that DNA from Tibbetts was found inside the trunk of Bahena Rivera’s car by investigators soon after they discovered her body.

The tested a knife and bloody napkin found in Bahena Rivera’s trialer, but did not get a positive hit for DNA that belonged to Tibbetts, according to the Des Moines Register.

Bahena Rivera had worked on a nearby farm for some four years after getting a job there through his girlfriend, according to the report. He lived on the property in a mobile home and worked with cows.

The trial will continue next week.