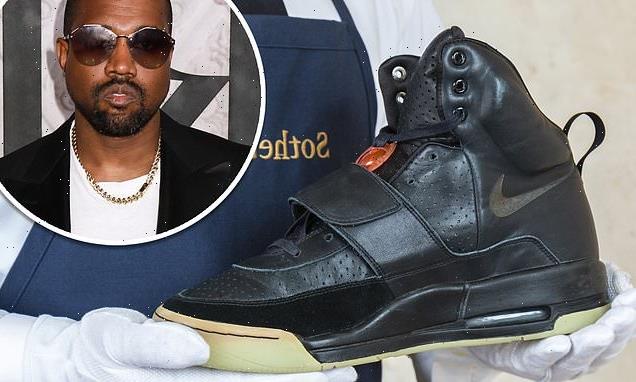 A pair of prototype Nikes worn by Kanye West during his performances of ‘Hey Mama’ and ‘Stronger’ at the Grammy Awards in 2008 has shattered the record for a pair of sneakers ever sold.

The sale marks the highest publicly recorded price for a sneaker sale and the first pair of sneakers to top $1 million. Sotheby´s brokered the private sale.

Meanwhile, the shoes underline just how lucrative the Yeezy brand has been for West, with sales jumping from $1.3 billion in 2019 to $1.7 billion last year, according to Forbes.

And now RARES is allowing sneaker enthusiasts to ‘invest’ in the actual shoes.

“After touring museums around the world, the Air Yeezy 1 was obtained by in a record-setting deal with Sotheby’s, and will be made available to the sneaker community, that made it so valuable to begin with; in the summer of 2021,” RARES said in a statement on its website. 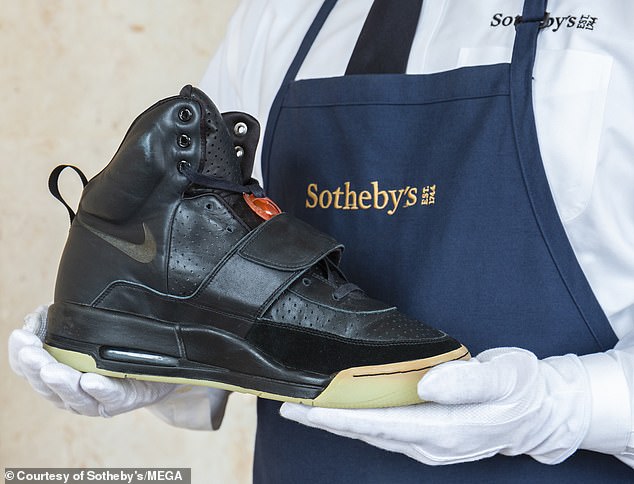 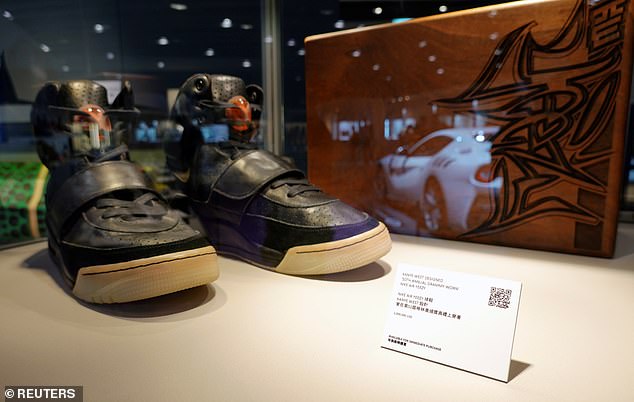 A pair of prototype Nike Air Yeezy worn by Kanye West during his performances of ‘Hey Mama’ and ‘Stronger’ at the Grammy Awards sold for $1.8 million. 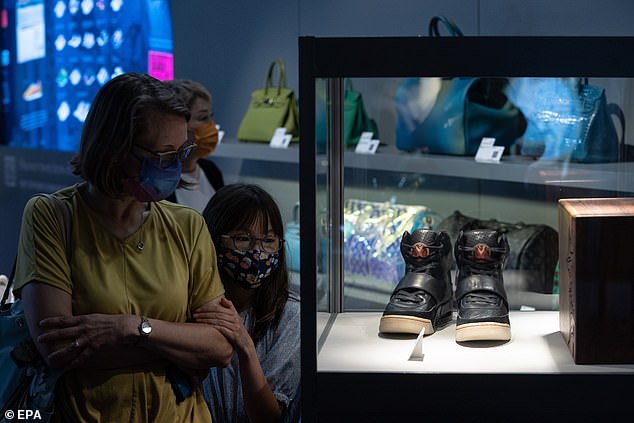 The Yeezy sneaker prototype that West wore during the 2008 Grammy’s are on display before the Sotheby’s auction in Hong Kong. 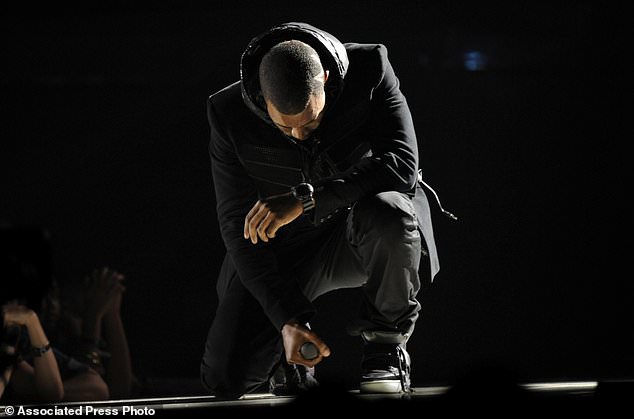 Kanye West performs at the 50th Annual Grammy Awards in Los Angeles on Feb. 10, 2008. The Nike Air Yeezy 1 Prototypes worn by West during his performance were acquired for $1.8 million by social investing platform Rares.

The size 12 shoes designed by West and Mark Smith are made of soft black leather with perforated detailing throughout the upper, and the heel overlay is branded with a tonal Swoosh. The design features the iconic Yeezy forefoot strap and signature `Y´ medallion lacelocks in bright pink.

That was a pair of ´85 Jordan 1s that the basketball superstar wore when he famously shattered the backboard during a pre-season game in Italy.

‘We are thrilled with the result, which has nearly tripled the highest price on record,’ Brahm Wachter, Sotheby´s head of streetwear and modern collectables, said in a statement. ‘The sale speaks volumes of Kanye´s legacy as one of the most influential clothing and sneaker designers of our time, and of the Yeezy franchise he has built which has become an industry titan.’

Beating out a model of Nike’s Air Jordan is symbolic of the Yeezy brand sneakers pushing the challenge the longstanding king in the sneaker industry.

“It’s one of the great retail stories of the century,” Forbes wrote.

The Yeezy brand pushed West over $1 billion net worth last April and onto the Forbes billionaire list. 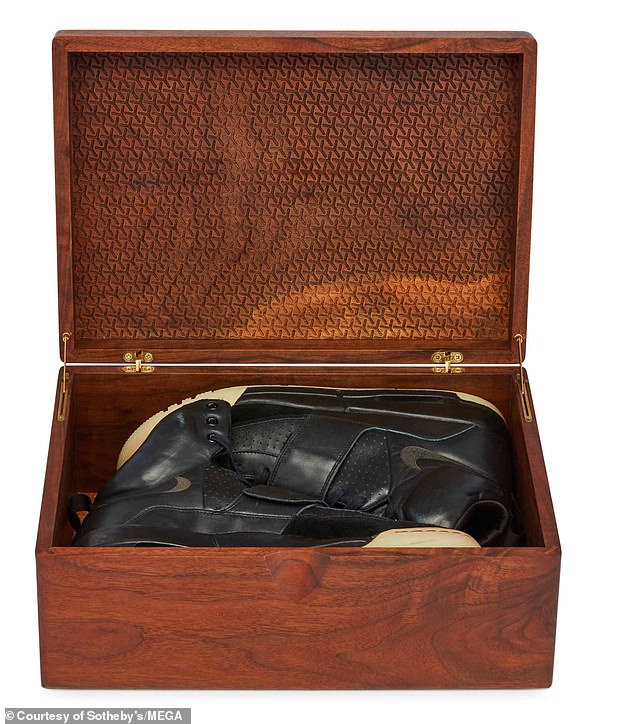 RARES , a sneaker investment marketplace, bought the shoes and is allowing sneaker enthusiasts to invest in them. 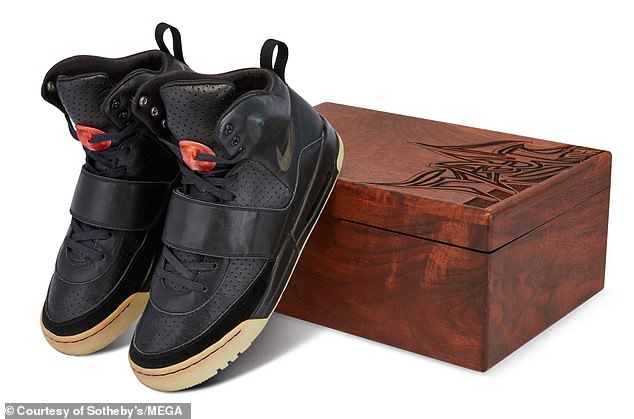 The sale marks the highest publicly recorded price for a sneaker sale and the first pair of sneakers to top $1 million. 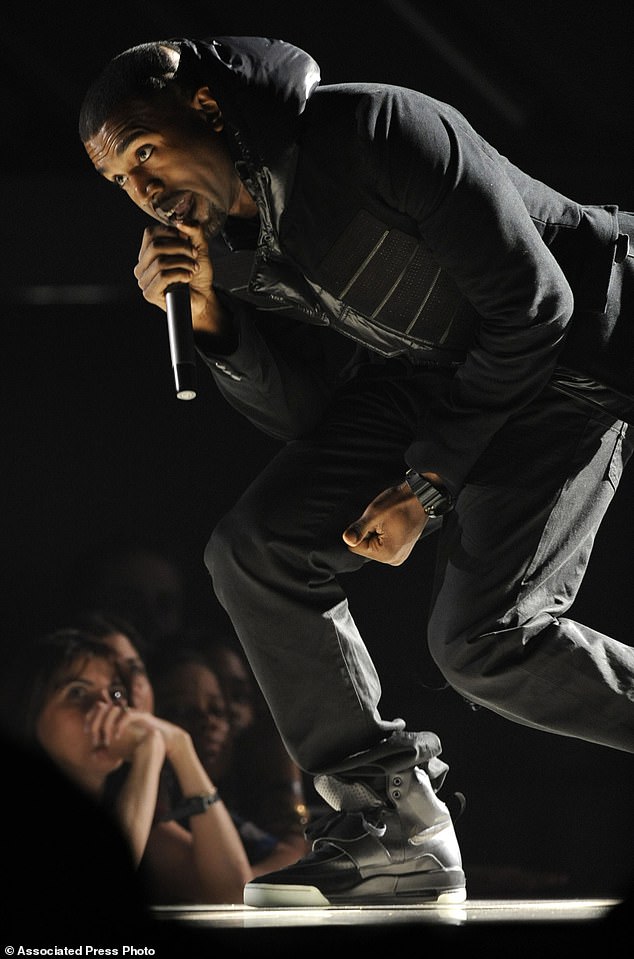 Kanye West performs at the 50th Annual Grammy Awards in Los Angeles on Feb. 10, 2008. The Nike Air Yeezy 1 Prototypes worn by West during his performance were acquired for $1.8 million by social investing platform Rares

In mid March, other outlets reported that Kanye West was worth as much as $6.6 billion, again in large part because of the Yeezy brand.

Bloomberg estimated Yeezy is worth somewhere between $3.2 and $4.7 billion by UBS Group AG, according to a private document reviewed by Bloomberg. 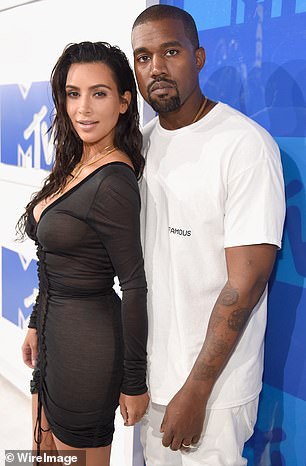 The difference, according to Forbes, is current values versus projected values.

The UBS Group AG predicts the brand will reach over $3 billion in sales by 2026, according to Forbes, which the publication said played into Bloomberg’s estimates.

‘Although Kim and Kanye have been separated for months, it was still emotional for Kim to actually file for divorce,’ an insider close to Kardashian said.

The source went on to tell People that Kim is ‘disappointed’ about not being able to find a way to make her marriage with the rapper work and they echoed comments previously made to DailyMail.com about there being ‘no drama’ between the pair.

‘There is no drama between Kim and Kanye,’ the insider divulged. ‘Kim is mostly just disappointed that they couldn’t figure out how to stay married. But it takes two people to create a happy marriage.

Rumors swirled in the Westchester County, New York city of Rye, about 40 minutes outside of Manhattan, involving the Yeezy brand, when a source close to West told a local media outlet that the he wanted to rename “Rye” to “Ye.”

To date, nothing official has officially been filed.