Karate kid, 12, wins international competitions from bottom of his garden after devoted father built £3,000 dojo so he can carry on sport during lockdown

A 12-year-old karate enthusiast has been winning international competitions from the bottom of his garden after his devoted father built a £3,000 dojo for him to continue the sport during lockdown.

Tom Klemz is ranked second in the world at the under 13 level in the kata (choreographed routine) discipline of the sport.

But he is unable to compete in both national and international competitions due to the coronavirus pandemic.

So his father Jeremy, a music teacher, and uncle Tim have created a fighting studio for him at the family home in Fordingbridge, Hampshire. 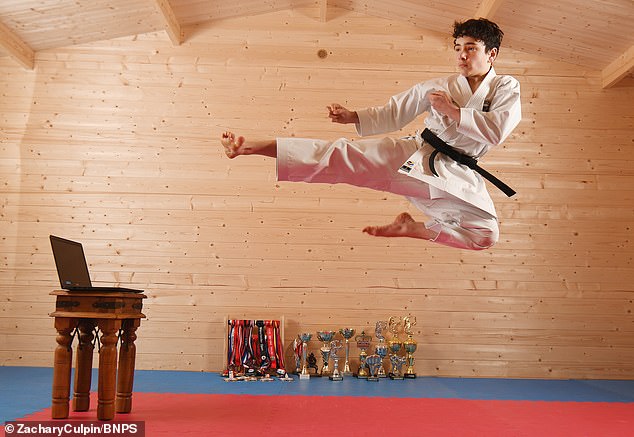 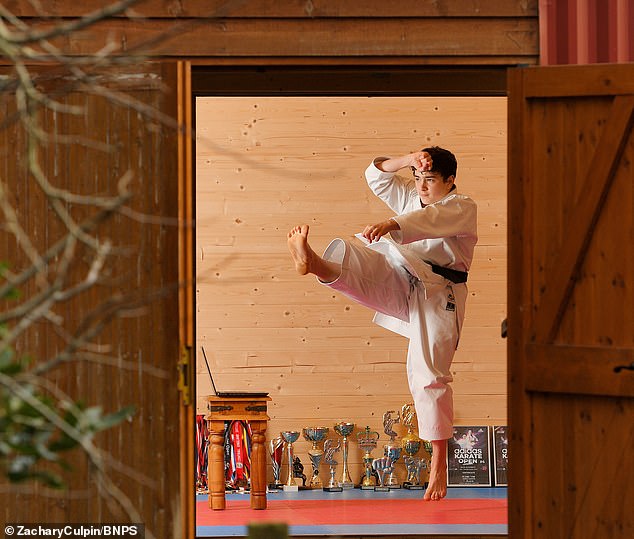 After getting advice from the third brother, architect Andy, they spent two months erecting the 20ft by 16ft dojo which cost them £3,000.

Tom has already taken part in over 20 online tournaments, known as E-Competitions, inside it, pitting himself against the world’s best.

The Burgate School pupil films his katas which get sent off to the World Karate Organisation judges to score.

To date, he has won 20 gold medals, eight silvers and 11 bronze under the tutelage of Shaun Latham at the Inner Strength Martial Arts Academy, 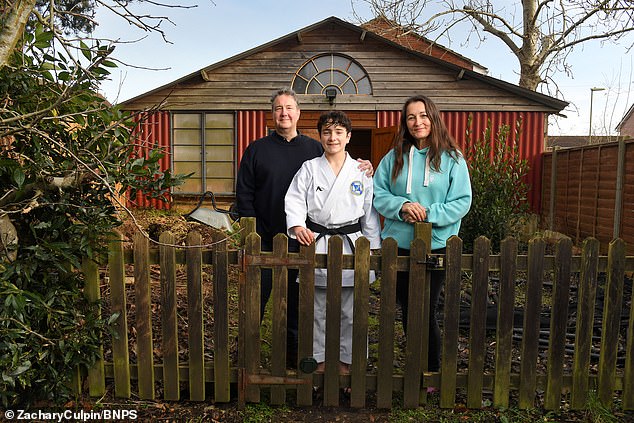 His father Jeremy (pictured with his son Tom and his wife Anne), a music teacher, and uncle Tim have created a fighting studio for him at the family home in Fordingbridge, Hampshire 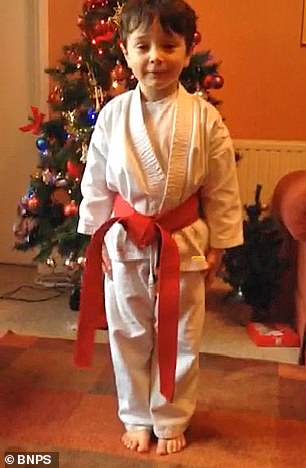 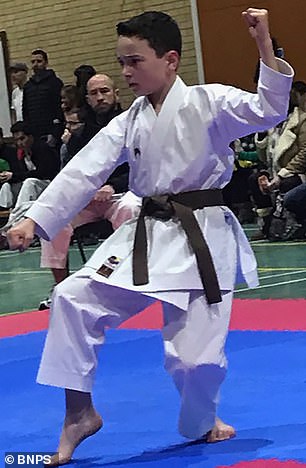 After getting advice from the third brother, architect Andy, they spent two months erecting the 20ft by 16ft dojo which cost them £3,000

He has also started online sessions with former three-time Commonwealth champion Jonathan Mottram and hopes to take part in the World Championships in Romania later this year.

Tom said: ‘My dojo is amazing. I can compete in international competitions from the bottom of my garden.

‘I am so grateful to my parents for it. They are so supportive and I wouldn’t have got this far without them.

‘My goals are to compete at the World Championships this year and hopefully one day at the Olympics.’ 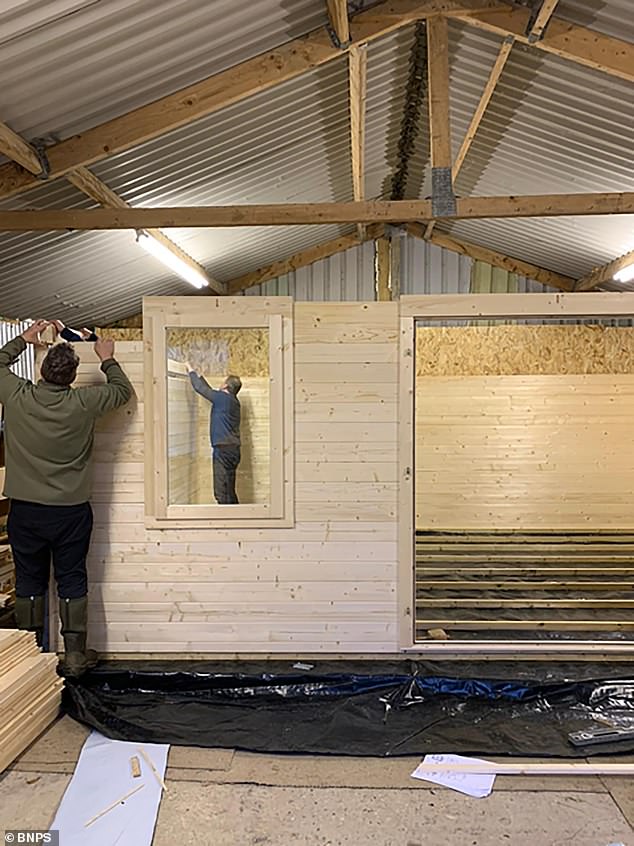 Pictured: Tom’s father and uncle building the £3,000 back garden dojo

Tom’s family say they are saving hundreds of pounds on fuel as he no longer has to make a 190 mile roundtrip to London for specialist coaching.

Tom’s mother Anne Klemz, 47, a foreign languages teacher, said: ‘We had already starting building the dojo before lockdown started because my husband was diagnosed with ME and it was tiring driving him around.

‘The lockdown gave us the perfect reason to finish it as the competitions were cancelled.

‘It took my husband and his brother two months and it has cost £3,000.

‘We’re really lucky we have the space to do it which other families don’t.

‘Tom loves it. He spends several hours a day training in it and he is even in there at 6.30am before school.

‘He can film his katas for online competitions so he can be judged.

‘It is very expensive to travel abroad for competitions so this has made a massive difference.’