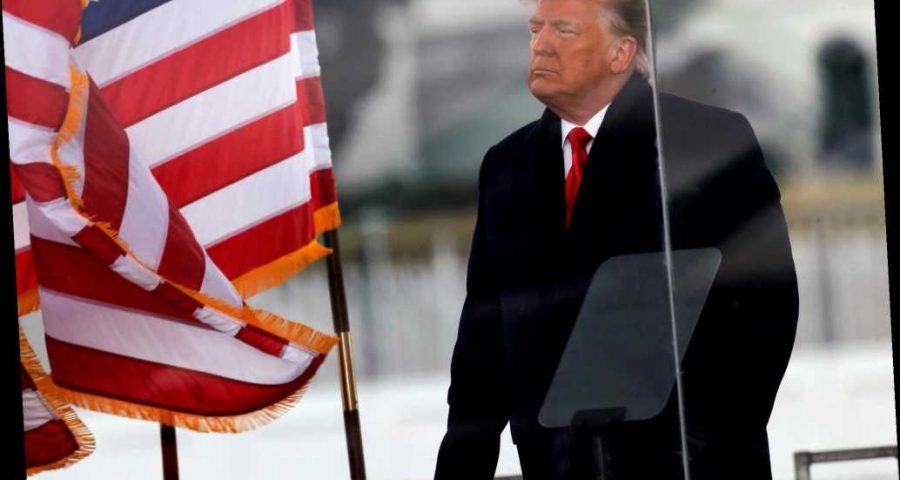 During Day 2 of the unprecedented proceedings in the US Senate, several high-profile Republicans said Democratic impeachment managers from the House of Representatives had selectively quoted from Trump’s speech to his supporters before they stormed the Capitol on Jan. 6.

“You left that part out. Wonder why?”

Former Trump campaign spokesman and adviser Jason Miller also tweeted: “‘Peaceful and patriotic’ – three words the Democratic House Impeachment Managers seem to have edited out of all their video clips.”

During a break in the trial, Sen. Ron Johnson (R-Wis.) also accused the House managers of hypocrisy for focusing on Trump’s refusal to concede the 2020 election over unsubstantiated claims of fraud.

“[What] is going through all Republicans’ minds is, ‘But what about Hillary Clinton saying and telling Joe Biden, ‘Never concede’?” Johnson said.

The Democratic presentation included assertions from lead House manager Jamie Raskin (D-Maryland) that Trump was the “inciter-in-chief” of the riot that killed five people, and he accused Trump of watching the violence unfold on TV with “glee and delight.”

“To us, it may have felt like chaos and madness — but there was method to the madness that day,” Raskin said.

One of the impeachment managers, Rep. Joe Neguse (D-Colo.), said that Trump set the stage for the riot in the months before the riot by repeating the “big lie” that the election had been “stolen, full of fraud, rigged.”

Neguse also said that during the speech to his supporters, Trump “didn’t just tell them to ‘fight like hell,’ he told them how, where and when” — then did nothing afterward.

“Ask yourself: If, as soon as this had started, if he had gone on TV or logged onto Twitter and said, ‘Stop this attack’ with as much force as he said, ‘Stop the steal,’ how many lives would have been saved?” Neguse said.

“Unfortunately, he didn’t do that.”

Earlier in the day, Sen. Mike Braun (R-Ind.) told reporters that the overwhelming Republican opposition to the constitutionality of Trump’s trial made it highly unlikely that 17 GOP senators would break ranks and side with Democrats to make up the two-thirds majority needed to convict Trump.

On Tuesday, 44 Republicans voted against going forward with the trial, just one fewer than last month, when the vote on a preliminary measure was 55-45.

Sen. Bill Cassidy (R-La.) was the only Republican to switch sides Tuesday, saying he wasn’t impressed by the performance of Trump’s legal team.

“After that, when you have one senator that changed a point of view, I think that says a lot,” Braun said.

“So, I think that pretty well fixes in place what you might see as the eventual outcome, even though all of us will listen, you know, through the rest of the proceedings.”

Also Wednesday, the Save America PAC’s “Trump War Room” account dug up a 2019 video clip in which one of the House managers, Rep. Eric Swalwell (D-Calif.), employed the “fight like hell” phrase that Trump used during his speech.

“I’ll fight like hell to see to make sure that we see this report,” Swalwell said on CNN while discussing the results of former special counsel Robert Mueller’s Russia probe.