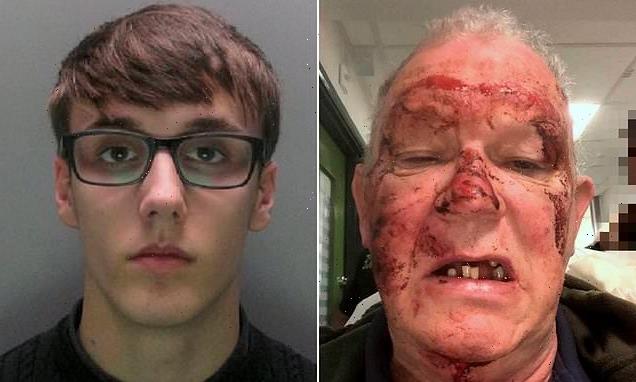 Kickboxer, 21, who broke elderly motorist’s jaw in unprovoked road rage attack then kicked him in the head as he lay on the floor is jailed for 22 months

A kickboxer launched a violent, unprovoked attack while gripped by road-rage after throwing a wine bottle at his victim’s car.

Matthew Brady tailgated Brian Sowerby at high speeds before punching and kicking him unconscious leaving him with a fractured jaw.

The court was told how Brady was flashing his lights at Mr Sowerby as they travelled at 70mph along the A66. 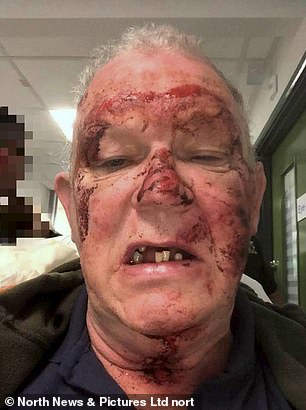 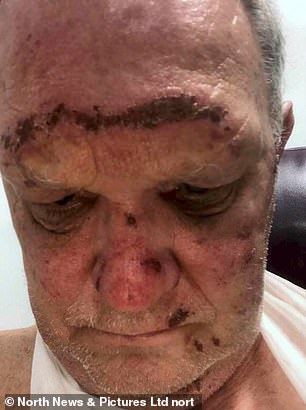 Matthew Brady tailgated Brian Sowerby, pictured left and right, at high speeds before punching and kicking him unconscious leaving him with a fractured jaw

He then threw a wine bottle at the victim’s car as he overtook him before slamming his brakes on as he pulled in front of him.

‘The victim’s aim had been to get to a friend’s house where he knew they had security cameras, he got out and shouted for help and that is when he felt a massive blow to the head.

‘The next he recalls is waking up in an ambulance.’

In a victim impact statement, Mr Sowerby said what happened that day on January 3 last year ‘still haunts’ him.

He said: ‘We had a good day out fishing and it then turned into an absolute nightmare for me and something I didn’t think I will ever forget.

‘It has affected me in more ways than I could ever imagine – financially, mentally and physically.’ 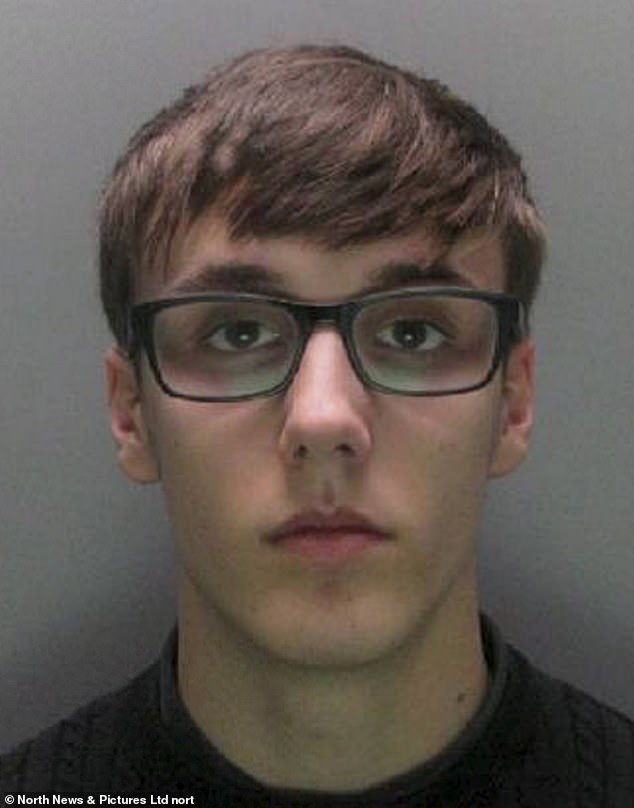 Road rage kickboxer Matthew Brady, 21, who has been jailed for 22 months at Teesside Crown Court after he launched a violent, unprovoked attack on victim Brian Sowerby

Ian West, in mitigation, urged the judge to pass a suspended prison sentence after accepting responsibility for his ‘crass stupidity arising out of a silly road-rage incident’.

Judge Recorder Simon Jackson jailed the 21-year-old for 22 months and banned him from driving for 23 months.

‘You are somebody who has an expertise in martial arts and you struck this complainant in a particular way to knock him to the ground knowing that was vulnerable point which allowed you to do that,’ he said.

‘This was a pursuit which led to serious violence, this was not crass stupidity, it was road-rage intended to cause the fear of violence.’