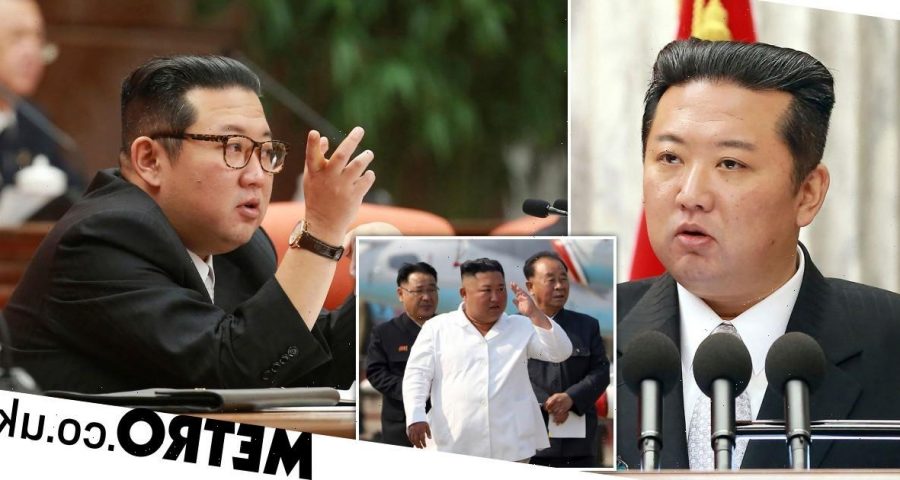 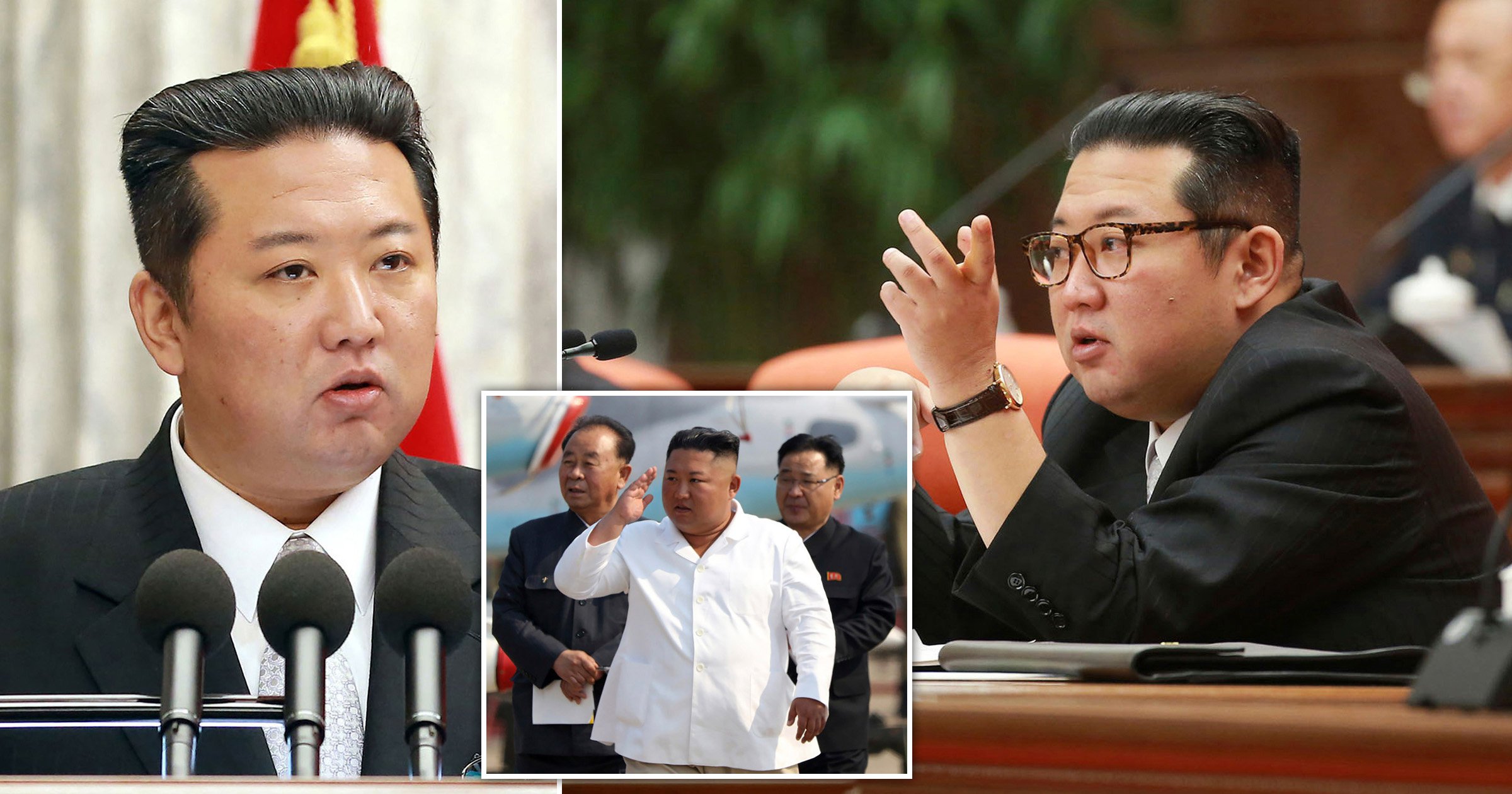 The dramatic weight loss, which has been noticeable for months, has fanned rumours that he is having health issues.

But authorities have insisted Kim is in good shape and is simply eating less ‘for the sake of the country,’ which is grappling with severe food shortages.

The photos, released by the Korean Central News Agency (KCNA), were taken during a key ruling party meeting – a forum usually used by the ruler to make major New Year policy announcements.

The Workers’ Party’s Central Committee met to decide policies meant to ‘guide the struggle of our party and people … to the next stage of victory,’ according to the KCNA.

The agency did not carry any remarks by Kim.

The meeting comes as North Korea grapples with a series of economic crises caused by Covid lockdowns, sanctions over its nuclear weapons programme and natural disasters.

The UN’s Food and Agriculture Organization has estimated North Korea is short 860,000 tonnes of food this year alone, the equivalent to approximately 2.3 months of food use.

Citizens have been ordered to start producing their own food to prepare for a shortage that could last as long as three years.

In October people were told they should expect to eat less food until the country reopens its border with China in 2025.

Despite concern that children will be orphaned and some will starve to death, state media reported in summer that Kim’s ’emaciated’ condition was ‘breaking our people’s hearts’.

An unidentified resident in the capital Pyongyang was quoted as saying slimmed down images of Mr Kim had upset people across the nation.

South Korea’s spy agency believes Kim’s weight loss is part of a ploy to increase public loyalty in the face of worsening problems.

The country’s National Intelligence Service (NIS) used artificial intelligence techniques to analyse images of Kim and believe he has lost at least40Ibs.

NIS told a parliamentary session in October that his weight has fallen from about 140 kilograms (308 pounds) to 120 kilograms (264 pounds).

Mr Kim’s health is a frequent source of speculation and his heavy frame has drawn global interest since he became the country’s leader a decade ago.

The NIS have previously said they believe Mr Kim weighed 90kg when he came to power in 2011 and had gained an average of 6 to 7kg a year since then.

Last April he was not seen publicly for about 20 days following heart surgery, sparking rumours he had died.

However, he has made a number of appearances since then.

Some experts say Kim has been grappling with the toughest moment of his 10-year rule due to the pandemic, UN sanctions and his own mismanagement.

This week officials urged North Korea’s 1.2 million troops to unite behind the leader and defend him ‘with their lives’ as the country celebrated the 10th anniversary of Mr Kim’s ascension to supreme commander of the military.

In a lengthy editorial, the official Rodong Sinmun newspaper said that North Korea’s military commanders and soldiers must become an ‘impregnable fortress and bulletproof walls in devotedly defending (Mr Kim) with their lives’.

It also called for building a more modernised, advanced military that serves as a ‘reliable guardian of our state and people’.

The editorial said all of North Korea’s troops and people must uphold Mr Kim’s leadership to establish a powerful socialist country.