Knifeman, 53, who repeatedly stabbed a random stranger in a petrol station Morrisons while buying a morning coffee is given an indefinite hospital order

A knifeman who attempted to murder a ‘total stranger’ in a petrol station Morrisons by repeatedly stabbing him has been sentenced to an indefinite hospital order.

Paul Miller, 53, from Bristol, stabbed Liam Kittlety as he bought his morning coffee at the Morrisons Daily shop on Hengrove Way in Bristol, at about 7.30am on 9 September 2021.

Bristol Crown Court heard how Mr Kittlety managed to flee the attack, which a judge said would otherwise have ‘undoubtedly been a fatal incident’, when shop staff managed to distract Miller.

Mr Kittlety was driven to a nearby layby by a friend, where he was attended to by paramedics before being taken to hospital with multiple stab wounds. 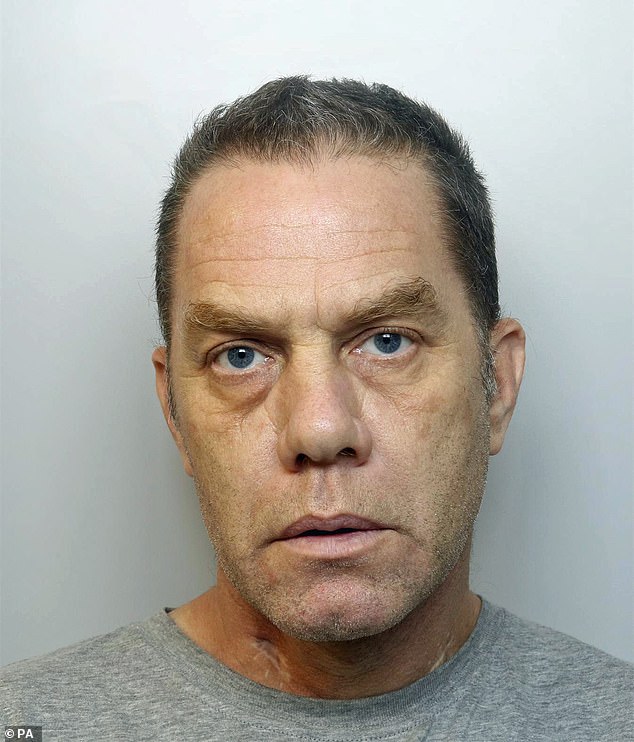 Paul Miller, 53, (pictured) was sentenced at Bristol Crown Court to an indefinite hospital order after he stabbed ‘total stranger’ Liam Kittlety at a Morrisons Daily shop in Bristol

Miller remained in the petrol station shop, as customers frantically fled and some staff barricaded themselves into an office.

Armed police arrived at the scene within five minutes of the alarm being raised. Miller did not engage with police negotiators.

Stun grenades and a baton round were used, with two firearms officers then approaching Miller and arresting him at 9.55am, in an act of ‘bravery’, to protect the public, a judge said.

Judge William Hart told Miller that Mr Kittlety could have easily died in the incident, describing him as ‘a total stranger to you, wholly innocent and unsuspecting’.

The judge described how other customers and staff were ‘terrified’ by what happened.

He added that Miller’s actions were ‘highly if not entirely governed’ by the effect of his mental illness, which has been diagnosed as paranoid schizophrenia.

Judge Hart said it was necessary to impose an indefinite hospital order under sections 37 and 41 of the Mental Health Act to ‘protect the public from serious harm’.

The judge commended the two firearms officers who detained Miller, who he described as ‘seriously ill and very dangerous at the time’. 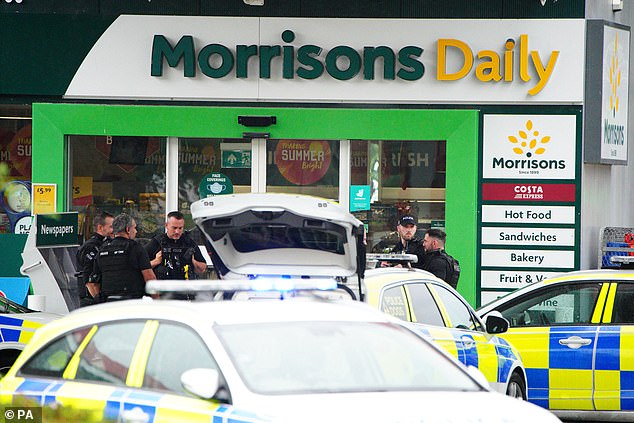 Armed police arrived at the scene within five minutes of the alarm being raised and stun grenades and a baton round were used, with two firearms officers then arresting Miller in an act of ‘bravery. Pictured: Police at the scene of the attempted murder last year

Prosecuting, James Ward told the court how Mr Kittlety was left in ‘serious pain’ following the incident, with the effects of what could have happened ‘slowly dawning on him’.

Mr Ward said Miller, who admitted a charge of attempted murder, had been receiving treatment at Broadmoor secure psychiatric hospital.

Mitigating, Sam Jones said his client had been ‘seeking help’ for his mental illness ahead of the incident but he did not receive the intervention he needed.

Speaking after the case, Detective Inspector Mark Newbury of Avon and Somerset Police described what happened as an ‘awful ordeal’ for the victim.

He thanked Mr Kittlety for supporting the investigation and praised the ‘professional and brave actions’ of officers at the scene.