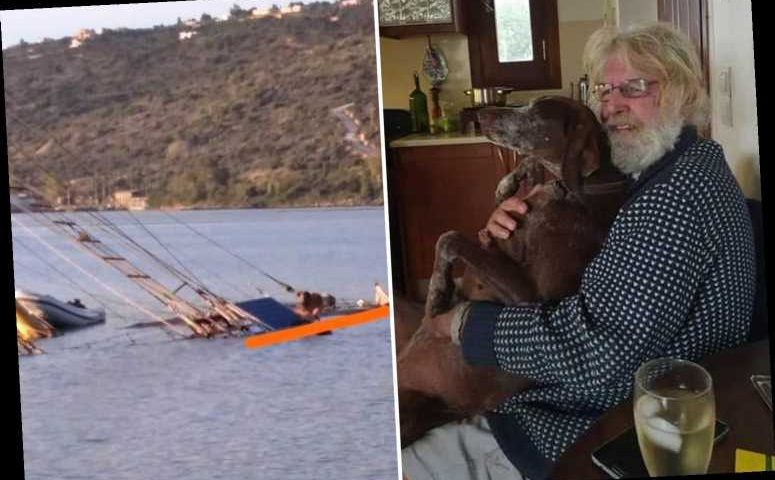 A BRIT aristocrat has been found dead lashed to his £1million yacht as his family fear he may have been killed.

Sir Hugh Kerr Bradley Roberts, 74, was found by a fisherman amongst the wreckage of his sunken sailboat in the port of Souda in Crete. 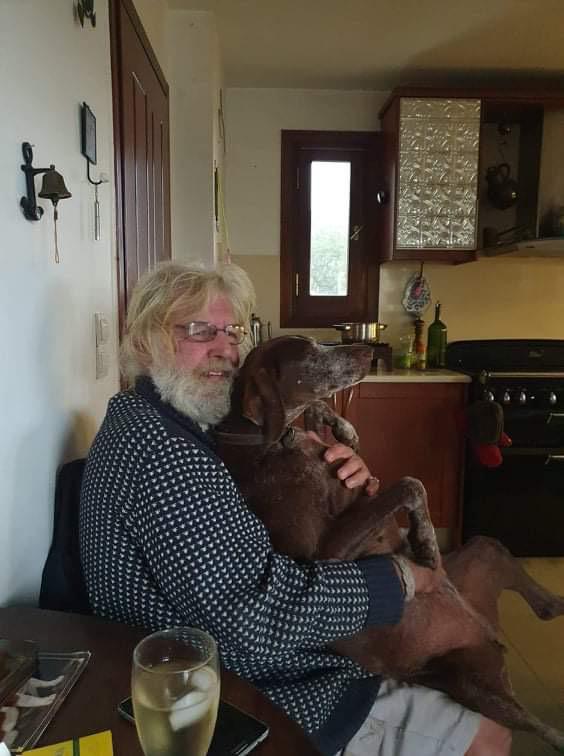 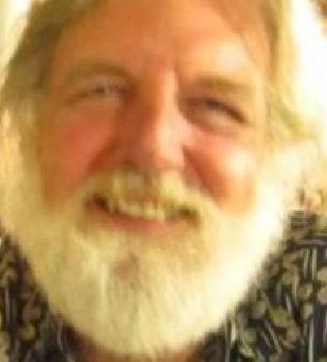 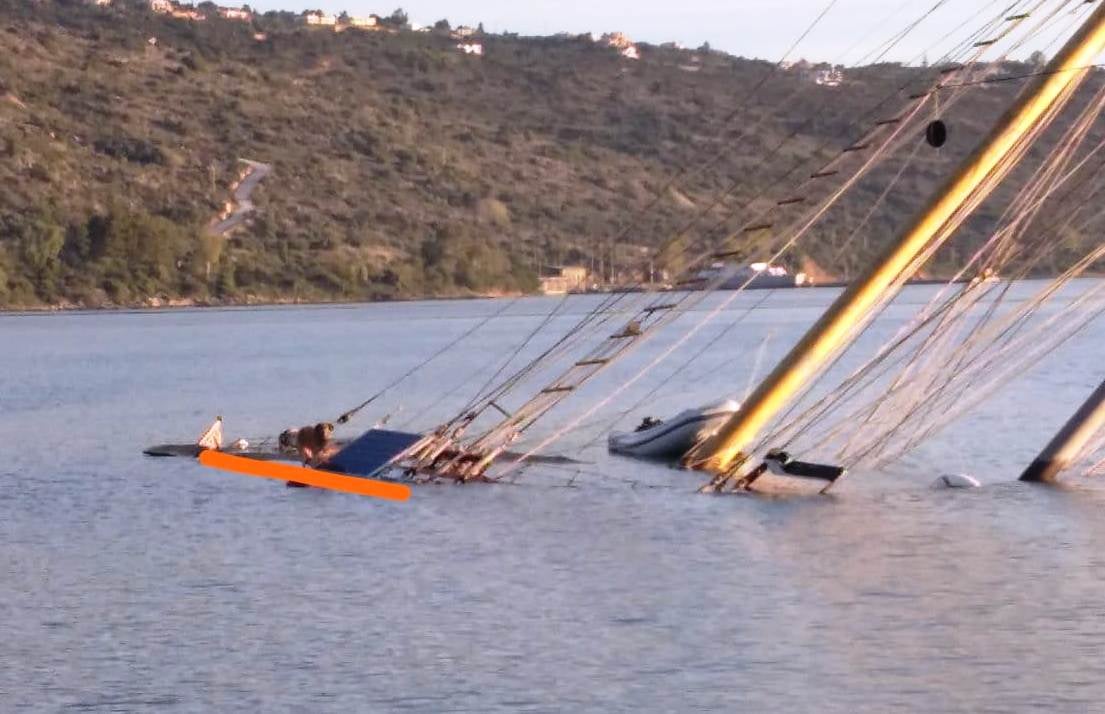 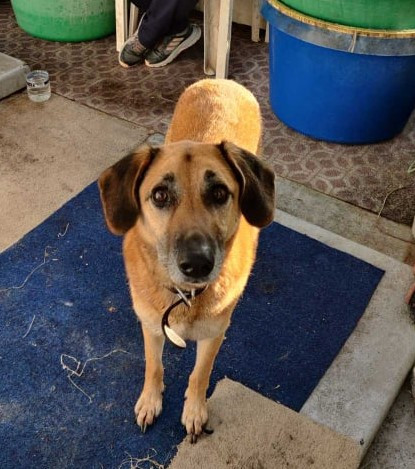 Sir Hugh’s family told The Sun they fear it was no accident as he has had fierce rows over property developments in recent years.

His beloved dog Friar Tuck, seven, survived the sinking and was pictured clinging to the top of the mast desperately calling out to his owner.

Sir Hugh, who is reported to have been a retired barrister, was an known to locals as an"eccentric rich man" who owned at least two properties in Crete.

He moved to the Greek island 12 years ago with his partner Deborah Hollis – with the couple building a luxury villa together with a pool in the village of Ramni.

But he had been living alone on the boat with his dog after Deborah died from cancer three years ago.

Port police are also investigating over fears of foul play may have been involved in his death.

"There may not have been marks or any bruising that would suggest struggle on his body but nothing can be ruled out," a police source told The Sun Online.

“He may for example have been suffocated.

"We find it highly suspicious that such a large boat, a yacht that was 20 meters long, could sink in a matter of hours."

The vessel – the 100-year-old 30 metre sailing yacht Coral of Cowes, which had previously been up for sale for almost £1million- was pictured submerged in the bay.

Divers were seen searching the vessel which was listing to its side with the masts and part of the deck still emerging from the Mediterranean. 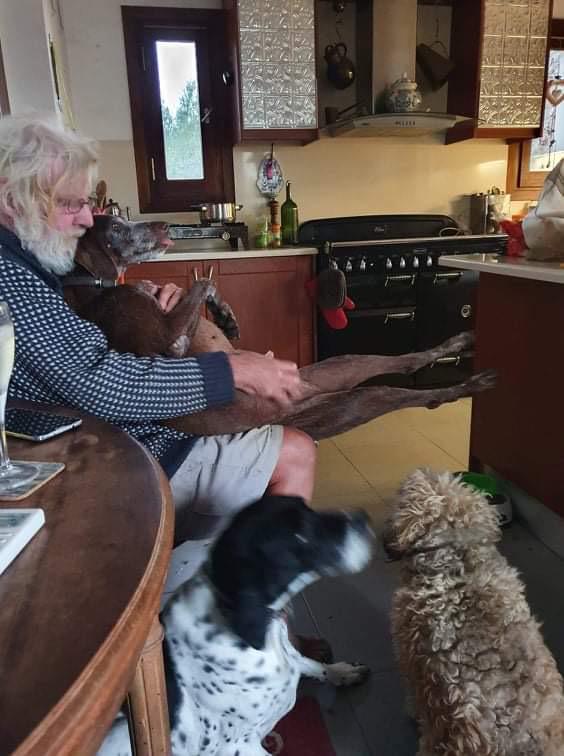 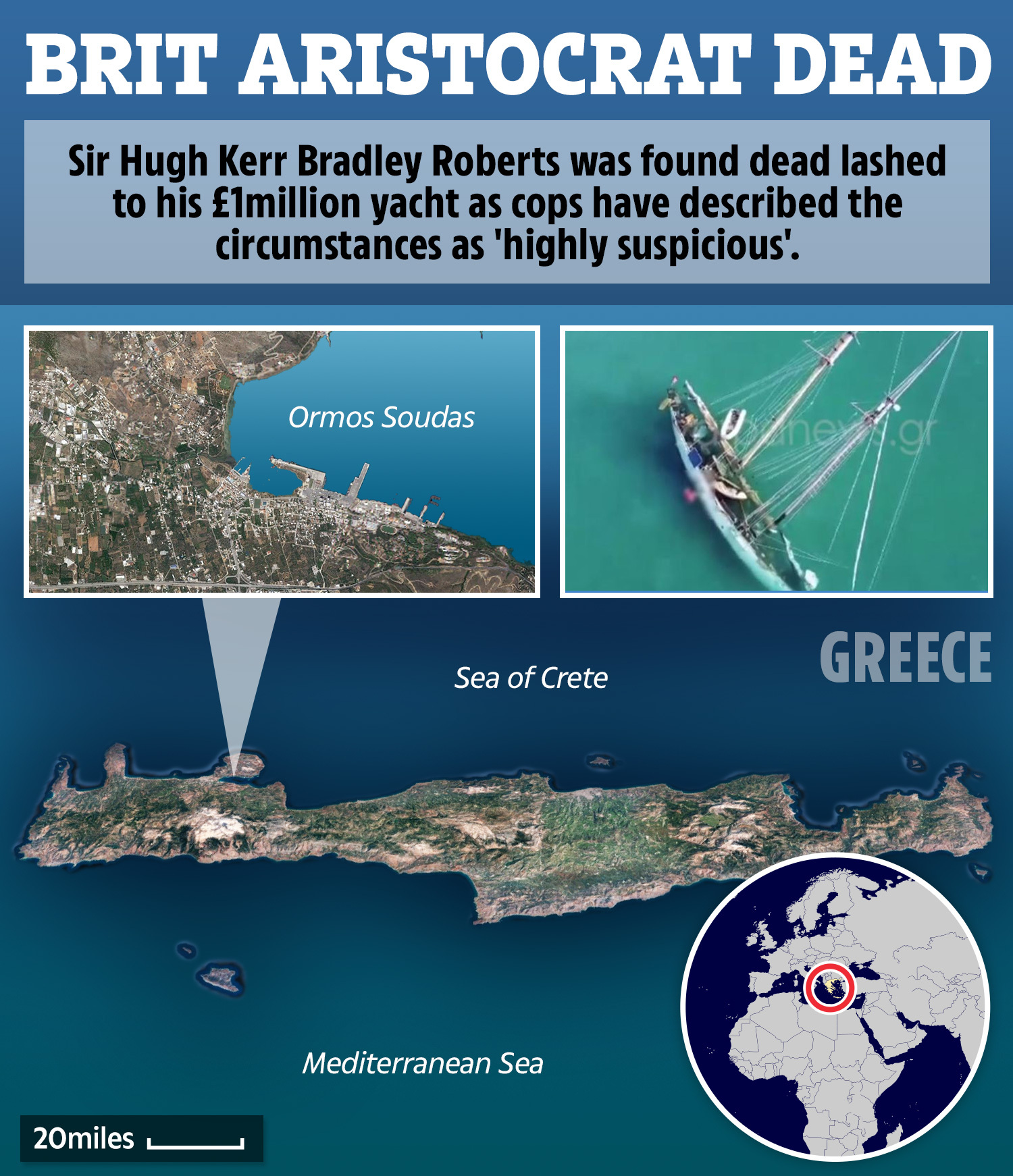 Sir Hugh had been robbed aboard the same vessel two years ago by attackers who left him tied to the vessel for two days, reports Iefimerida.

He then decided to the moor the boat further off shore to avoid anymore trouble.

The outlet reported he often had visitors on the boat and had recently had another man staying with him.

He is reported to have been an animal lover who also had 12 cats and another three dogs at one of his properties in ​Apokoronas.

Sir Hugh and his partner penned a tribute to his beloved Crete for local property firm Hellenic Homes when they first moved to the island.

He wrote: "We hope to reside on the beautiful island of Crete for the rest of our lives." 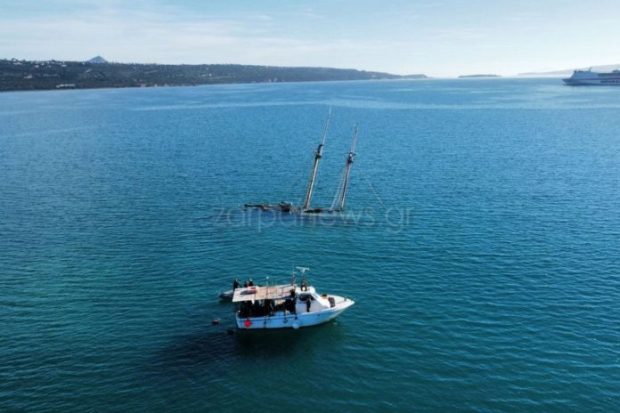 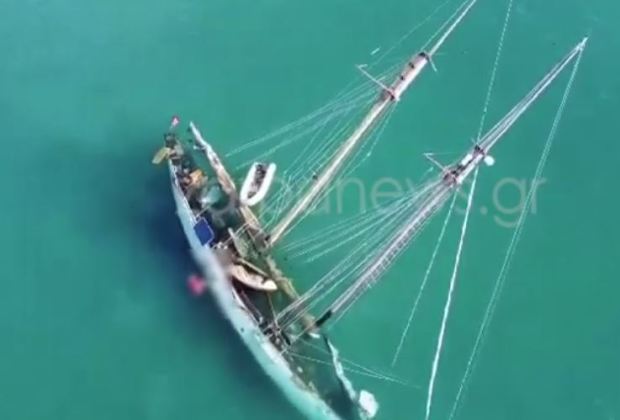 Professional diver Thrasyvoulos Chiloudakis who retrieved the body said it had no injuries and the boat was in "good shape".

The weather is reported to have been clear, and Sir Hugh was reportedly found with one hand tied to the deck of the sailboat.

He said: "Although it hadn't been maintained for a long time, it is a strong build and I think it was in good shape.

"Now it has touched the sea bottom."

A local coroner will be conducting an autopsy and is expected to release the results by mid-week. 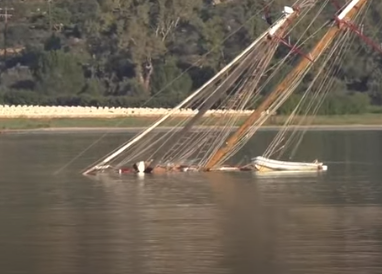 A woman saw the boat sinking and called the coast guard on Sunday morning who asked fisherman Christos Mavredakis to take them there.

He told The Sun Online: “I was the first to approach the scene.

"When I got there I saw the man floating on his stomach and the poor dog on the mast unable to move.

“It was obvious that he was drowned, lying next to the boat and his hand was tangled up in a rope.” 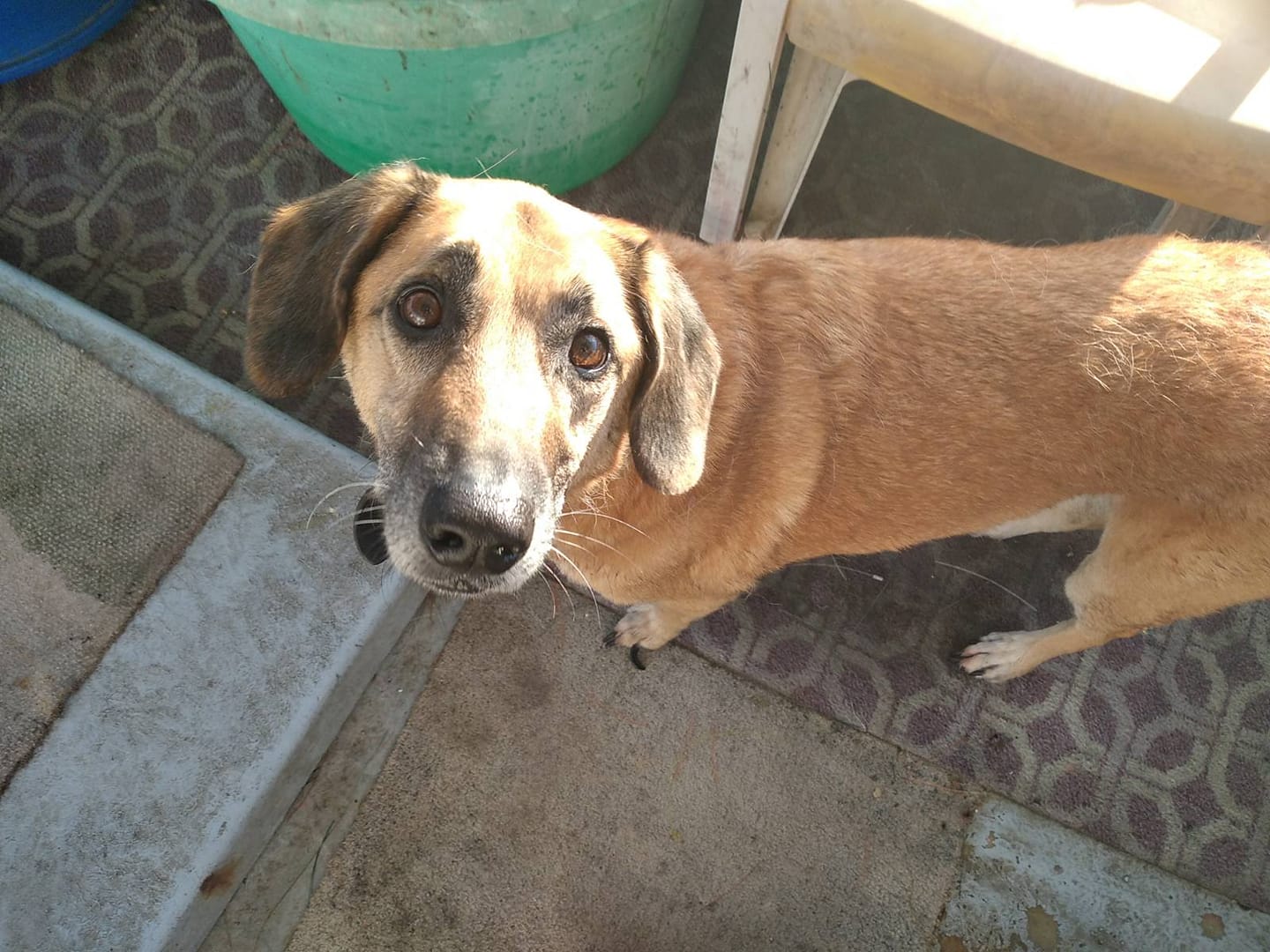 Kostas Pissadakis, who owns the seaside taverna where Sir Hugh was a regular, said: “He came in one afternoon and gave me the sad news himself, that his wife had died.

“He was alone ever since. His biggest love was his boat and the sea.

“A brilliant man and now that I see this boat half sunk I am so sad.”

Friar Tuck has been taken to a local animal welfare society where it is hoped he will be re-homed.

It added: "The animal was whining and was desperately trying to hold on to the wreckage of the sailboat to avoid drowning.

"Unfortunately, the guardian of the dog, who is an English citizen, was found dead.

"Please anyone who can foster the dog temporarily, so that the police can look for the family of his unfortunate guardian."