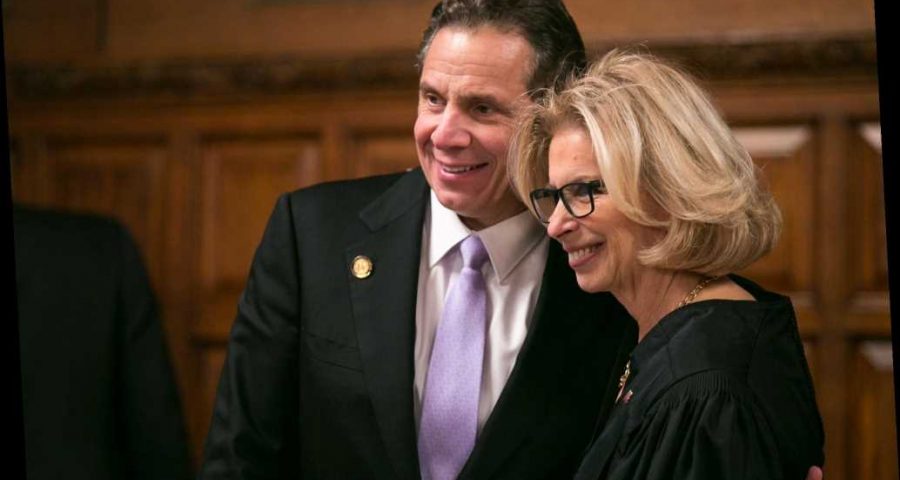 ‘Our prayers are with you,’ Cardinal Dolan tells Cuomo’s potential replacement

Cuomo appointee DiFiore is married to Dennis Glazer, who spent more than 30 years as a partner at Davis Polk & Wardwell — the firm tapped by the Assembly on Wednesday.

Debra Katz, the lawyer for one of Cuomo’s seven accusers, Charlotte Bennett, slammed the connection as an “unacceptable conflict of interest.”

“We already know the extent to which Governor Cuomo has surrounded himself with people in the Executive Chamber who enabled his behavior and swept evidence of sexual harassment under the rug. If there is even a hint of political influence in the impeachment investigation, it will taint the entire proceedings.”

“Davis Polk was thoroughly vetted and the three attorneys retained are extremely well qualified,” he said in a statement. “I am confident they will assist the committee and me to conduct a fair and impartial investigation.”

Lucian Chalfen, spokesman for the state’s court system, said DiFiore was not involved at all in selecting Davis Polk, which he described as “a large multinational law firm with hundreds of employees and thousands of clients.”

“The Chief Judge has neither any connection to the firm nor was involved with its choice by the Assembly Judiciary Committee,” he said.

Amid mounting allegations of sexual misconduct, Cuomo late last month asked state Attorney General Letitia James and DiFiore, whom he appointed as the chief judge of the Court of Appeals in 2015, to jointly appoint an investigator to look into the claims.

James shot down the request, saying it was her job as AG to probe Cuomo.

Cuomo stands accused of sexually harassing and groping multiple women, including former aides. He has denied the claims.

If an impeachment trial against Cuomo does move forward, all 63 members of the state Senate, as well as the judges on the Court of Appeals — who were all appointed by the governor — would cast a vote.