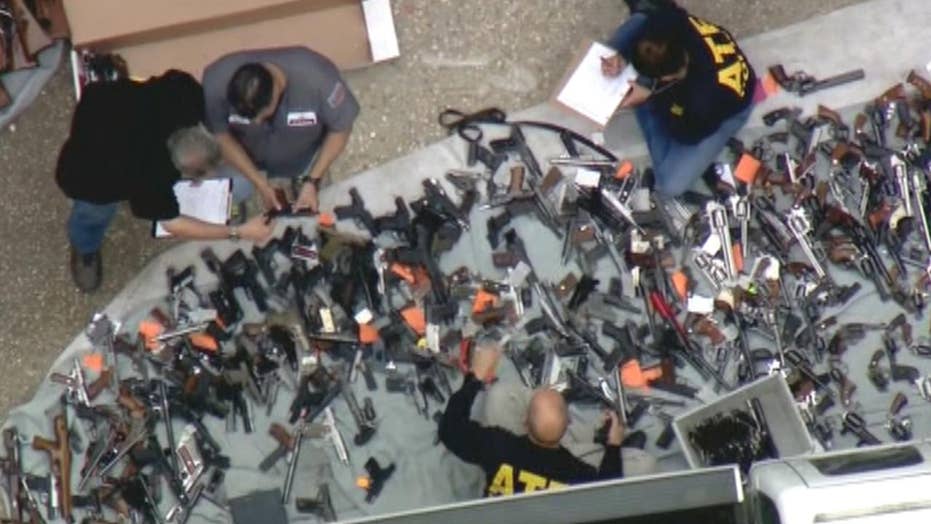 The LAPD and ATF said they were tipped off that a person was manufacturing illegal firearms inside the home and selling them to gang members.

The longtime companion of ex-Gordon Getty mistress Cynthia Beck reportedly spent several hours behind bars in Los Angeles on Wednesday night after being arrested on suspicion of illegal manufacturing and selling assault weapons.

Girard Saenz was arrested for violating a California law prohibiting the manufacture, sale or distribution, importation or transportation of an assault weapon, according to the L.A. Times.

Authorities say Saenz was selling the guns outside of the limits of a federal license he has, the Times reported.

Saenz has been released on a $50,000 bond and has not been charged with a crime, Variety reported.