Paws off! Hilarious video shows a little girl bursting into tears because her pet cat refuses to give up her toy phone

This is the hilarious moment a little girl bursts into tears when her pet cat refuses to give up her toy phone.

The clip shows the little girl named Ella red-faced and sobbing through her words, pointing to her cat on the couch with its paws securely around a toy princess-themed phone.

‘She’s mean! She won’t give my phone!’ the little girl says through her tears in the clip shared online Monday.

‘Ask Princess. Ask can I have my phone back!’ her mom advises. 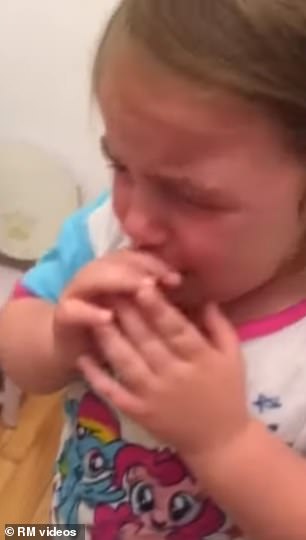 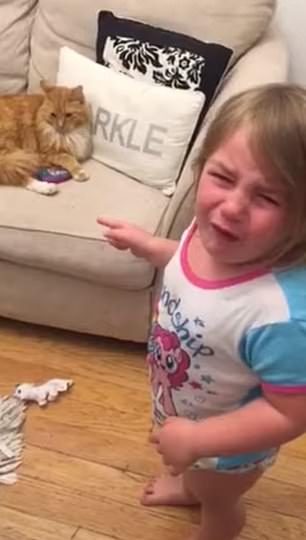 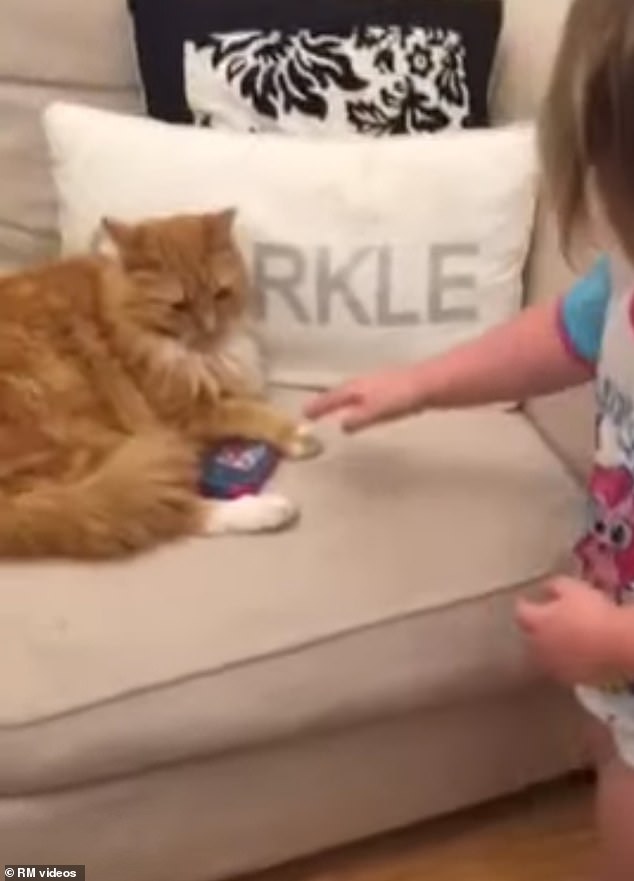 ‘Was she trying to call Elsa? Go and get your phone baby,’ she urges.

The little girl walks over but then gets scared, looking back towards her mom crying, ‘She’s gonna bite me!’

The mom then goes over. When she puts her hand out to reach or the phone, the cat jumps to its defenses and puts a paw out to block the mom from snatching the phone.

When she tries again the cat tries to swat the owner, determined to keep the phone.

When the mom gets too close, the cat brings out the claws and scratches the mom, threatening to bite.

‘Princess that’s not nice! Ella’s crying!’ the mom says as the heartbroken girl continues to sob.

But the cat doesn’t seem to have a care in the world despite the mom’s final rebuke saying ‘No princess!’