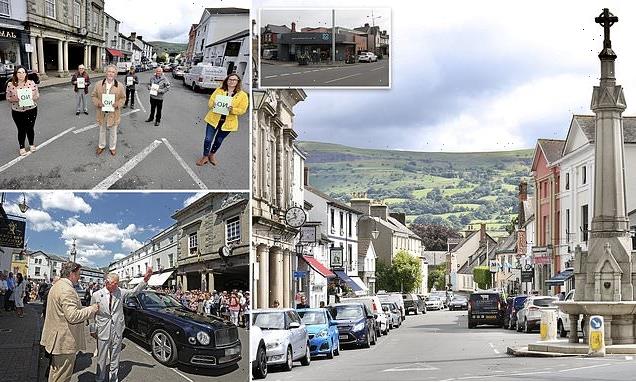 A market town that was once crowned ‘Britain’s Best High Street’ has lost its battle to stop a national chain from opening the high street’s first non-independent store.

Residents in Crickhowell, Brecon Beacons are used to independent shops proudly lining their high street and reacted with fury at plans to open a Co-op in the picturesque Welsh town.

Families were out in force to protest the proposal that would bring the first national chain to the high street, with more than 100 objections being lodged with Brecon Beacons National Park Authority.

But despite months of outcries from locals, the British food giant has won its David vs Goliath battle with planners to set up their own shop in the beautiful Welsh hills.

The Co-op want to convert the former Conservative Club on High Street into a supermarket – after Tesco lost a similar battle in 2015. 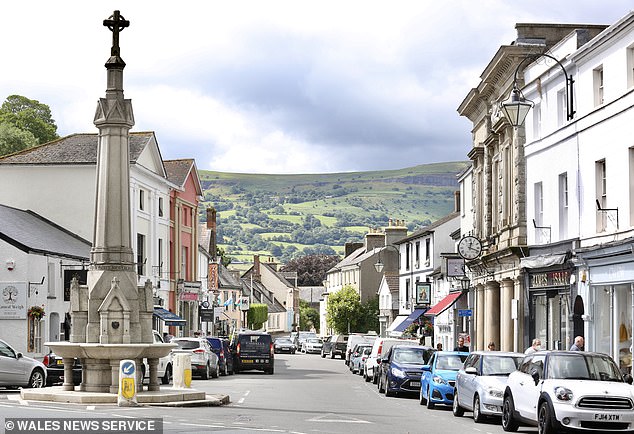 Crickhowell, pictured above, was crowned Britain’s Best High Street in 2018 and is known for its raft of independent retailers

The move comes after after hundreds of protesters railed against a scheme to transform the town’s former Corn Exchange pub into a Tesco supermarket six years ago.

Demonstrations were held by the Totally Locally Crickhowell Campaign, who successfully fought off plans to transform the historic pub into a large retail outlet.

Prince Charles visited Crickhowell in the summer of 2018 to sing the praises of the high street that was crowned Britain’s Best High Street locals battling to turn the pub into a community hub instead of a supermarket.

But this week, the Brecon Beacons National Park Planners were persuaded to give the green light to transform the high street’s former Conservative Club into a Co-op convenience store.

Those who run Crickhowell’s beloved independents, who have been hit hard during the Covid-19 pandemic, have slammed the decision.

Eden Phillips, who owns a bakery in the town, fears the decision is ‘going to affect the town dramatically’.

He said: ‘I think it’s going to affect all the independent retailers who have been fighting through this pandemic to be honest.

‘It’s a bit of a shame really but hopefully all our loyal customers will stay. That’s all we can hope for really.’ 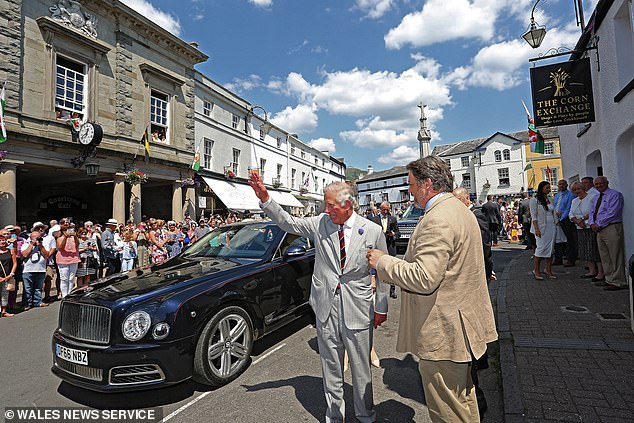 Prince Charles is welcomed while on a royal visit to Crickhowell, Powys on his summer tour of Wales in 2018 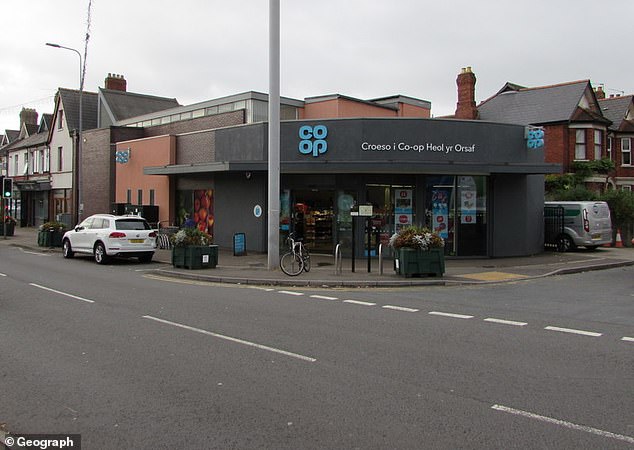 A spokesperson for Co-op said the British food giant is looking ‘forward to the opportunity to serve the community.’ Pictured: a Co-op store in LLandaff North, Cardiff

She said: ‘I’m surprised because I know the community have put a lot of effort into trying to stop it from coming to Crickhowell.

‘Lots of people have been campaigning against it so I’m really surprised.

‘People in the town feel strongly about supporting the independent nature of Crickhowell.

‘It’s one of the reasons we chose to come here because the community is so supportive of these businesses so for that to just be ignored by these large retail chains regardless of the nature of the town is just disappointing.’

Fay Jones, the Tory MP for Brecon and Radnorshire, was also an outspoken critic against the plan, saying: ‘I live near Crickhowell and am hugely proud of its award-winning independent high street.

‘As they return to work and shoppers come back to the High Street, now is not the right time for these businesses to face additional pressures.’

A spokesperson for Co-op said: ‘We understand that the planning committee has approved the application and we look forward to the opportunity to serve the community.’