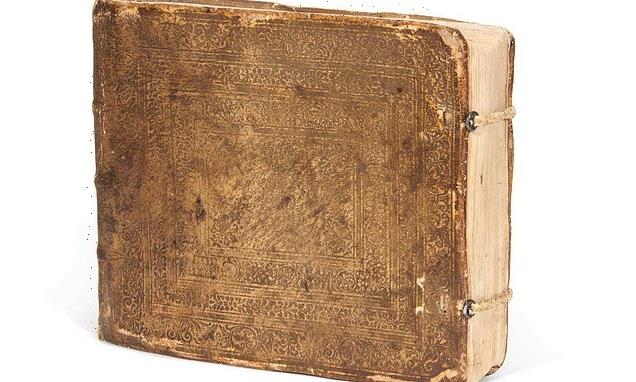 A rare 17th-century collection of lute music is under a temporary export ban in a bid to keep the anthology in the UK.

The maunscript – valued at £214,200 – contains work by composers such as a brother of Galileo as well as English musician John Dowland and many others.

Of its 320 compositions, 89 cannot be found anywhere else. A private owner is looking to sell the collection but a decision on its export licence application has been postponed until June 13.

The Department for Digital, Culture, Media and Sport is trying to buy time so a UK gallery or institution can acquire it. 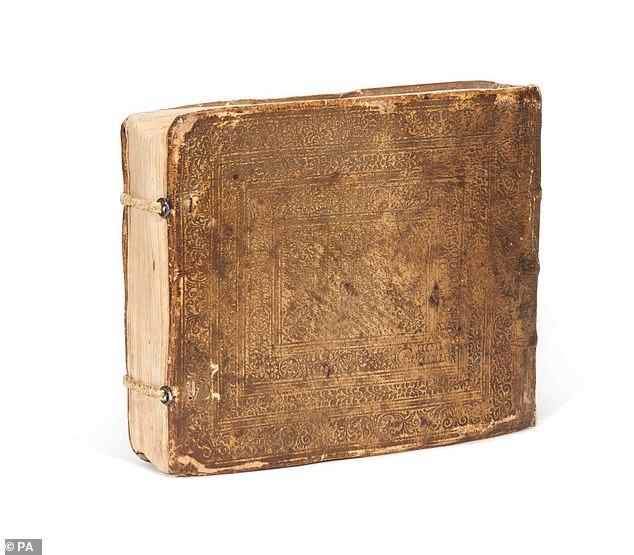 The Department for Digital, Culture, Media and Sport is trying to buy time so a UK gallery or institution can acquire the manuscript

Arts minister Lord Parkinson of Whitley Bay said: ‘Lute music is a vital part of our artistic heritage and there is much this anthology can teach us. I hope a buyer comes forward to save the piece for the nation.

‘he export ban was placed on the object following advice from the Reviewing Committee on the Export of Works of Art and Objects of Cultural Interest.

‘Fascinating and evocative, it includes work, among many others, both by the English composer John Dowland and by a brother of Galileo.

‘The volume promises to shed much light on the circulation of music, particularly lute music, the role of music-making, and the dance, in western Europe while the Thirty Years’ War was raging in the early and mid-17th century. One third of the music, amounting to 89 pieces, is not to be found anywhere else.

‘Thoroughly pan-European, the volume was assembled by a German, mainly written out in the French style and contains music from many lands.

‘The volume also has research value because of its association with the musical instrument-maker Arnold Dolmetsch (1858-1940). Dolmetsch was the leading figure associated with the early 20th-century revival of the performance of early music using instruments of the time.

‘The album formed part of the collection that he assembled and his annotations suggest that he particularly valued it. Dolmetsch lived most of his life in, and was particularly associated with, England, where the largest remaining part of his music collection is still to be found.

‘The album’s research value might therefore be more fully exploited, if it were to remain in the United Kingdom.’

The decision on the export licence application for the manuscript will be deferred until June 13.