Your own Home of British motorsport! Luxury trackside apartments worth up to £1.6million are to be built next to Silverstone – with free access to all major races

Formula One fans will be able to buy luxury £1.6million trackside apartments that are set to be built at Silverstone – with free access to all major racing events.

The 60 new homes are being developed by Escapade Living and will be completed by 2022, as reported by The Times.

Prospective buyers will also get use of the clubhouse on the edge of the famous racing circuit.

The lucrative motorsports industry is worth a staggering £9 billion a year in the UK and Silverstone, in Northamptonshire, is one of the most high-profile circuits. 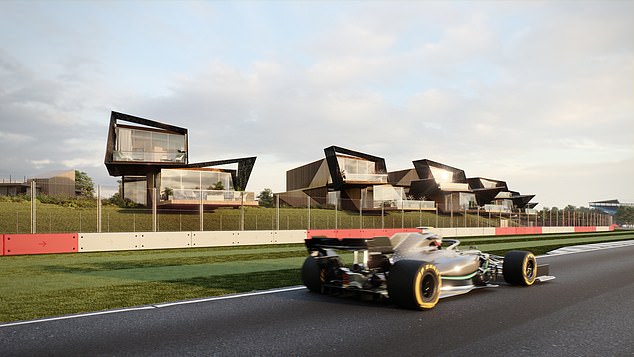 A image displaying how the flats will look when they are completed in 2022. They have an excellent view of the track 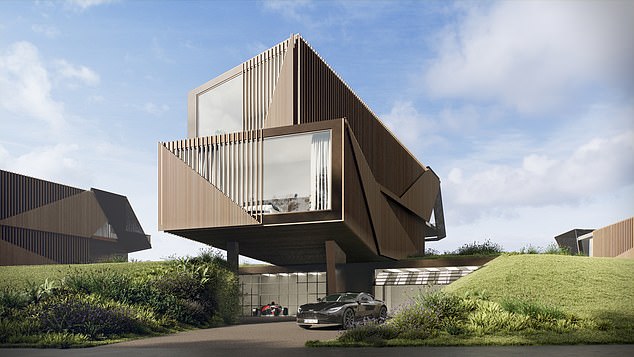 The 60 luxury flats are investment properties. But owners can take advantage of them during race days 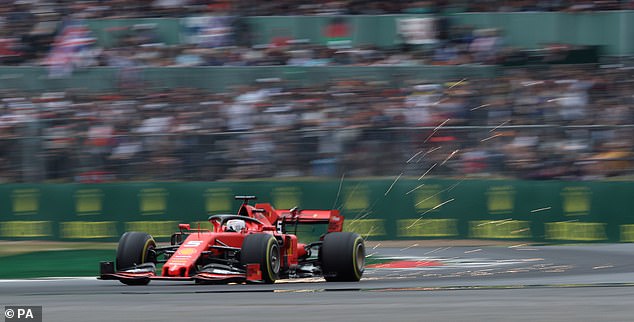 As well as Formula One, the world-famous track is also host to other well-known events such as the Silverstone Classic and Britcar 24.

The track is currently sat in a rural part of the country without many expensive, luxury hotels for wealthy motorsport fans.

The apartments – which have views of the legendary track – could be an attractive option for rich fans of car racing.

A number of stadiums now include homes. For example Tottenham Hotspur is building at least 1,500 at their new stadium in north London.

And developer Galliard has built 600 homes around the AFC Wimbledon stadium in southwest London. 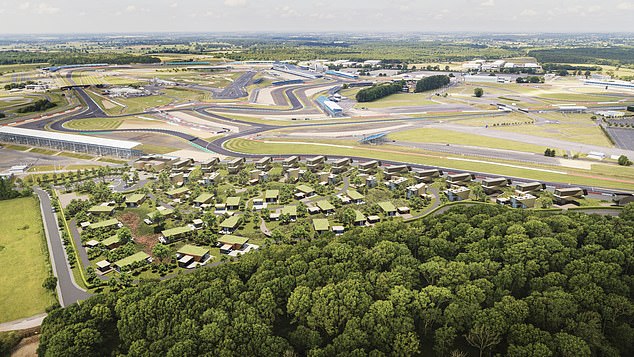 The description of the website advertising the properties’ says: ‘Escapade Silverstone is a development of sixty residences and a clubhouse on the edge of the Silverstone Circuit.

‘It will operate as luxury accommodation and will be open to the public from May 2022 and it will be fully integrated into the iconic venue.

‘The striking architecture and high-spec residences, with strong motorsport aesthetics and showcase garages, will maximize the sightlines of the circuit.

‘Where track views are limited, guaranteed viewing is provided from the clubhouse.

‘The contemporary design, intertwined with landscaped open spaces, will appeal to the 1,200,000+ visitors that are already attracted to Silverstone annually.