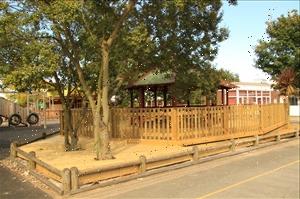 POLICE are investigating after a man and woman reportedly tried to grab a four-year-old girl and lead her away from school.

A relative who had just arrived at the school gates to collect the little girl screamed in horror and the man and woman, thought to be in their 30s, fled. 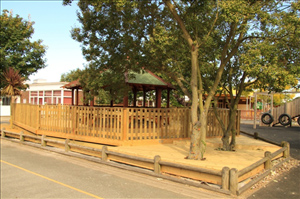 The terrifying incident happened in an alley yards from Northdown Primary School in Cliftonville near Margate, Kent, around 3.30pm on Tuesday.

Police are reviewing CCTV and urged anyone with information to get in touch.

Northdown Primary School has issued a message to parents and carers about stranger danger following the incident.

Headteacher Matthew Harris said "The safety and welfare of our children are of paramount importance to us.

"We were very concerned to hear about this incident.

"Due to the ongoing investigation, we cannot comment further but we are cooperative with the police and supporting the family concerned."

Police were called around 4.45pm to reports a man and woman had approached the child.

A police spokesman said: "The incident happened in an alleyway between Northdown Park Road and St Anthony's Way at around 3.30pm that day.

"The man and woman reportedly left the area after being challenged by a relative of the child.

"Officers attended and carried out a thorough search of the area and a review of local CCTV.

"No one fitting the description of the man or woman was identified."