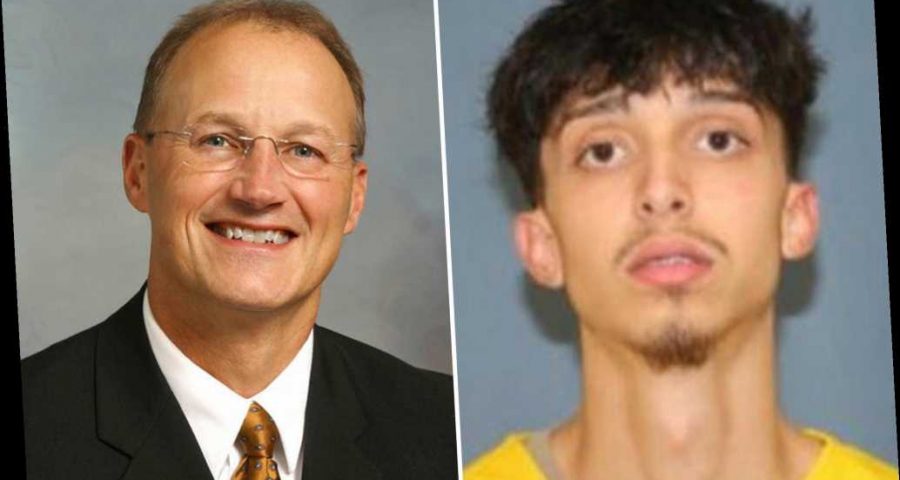 Man killed in hit-and-run crash in the Bronx, cops say

One child killed, another critically injured in Brooklyn crash

A Milwaukee man was driving without a license when he fatally struck a pedestrian crossing the street — and then tried to make his girlfriend take the blame, prosecutors said.

Jordan G. Jones, 21, was charged Wednesday with hit-and-run resulting in death and driving with a suspended license causing death in the Feb. 11 crash near Marquette University that killed Joe Daniels, dean of the school’s College of Business Administration, the Milwaukee Journal-Sentinel reported.

Prosecutors said Jones also got his girlfriend of three years to take the blame for the fatal wreck and she was arrested at the scene.

Police had earlier said the 20-year-old woman was behind the wheel at the time, the newspaper reported.

But the woman got in touch with investigators three days later to say Jones was actually driving, explaining that he asked her to switch seats following the accident since he didn’t have a valid license, a criminal complaint shows.

Police said the driver’s seat had been pushed back to accommodate Jones’ 6-foot, 2-inch frame and investigators don’t believe his 5-foot, 2-inch girlfriend could have driven the vehicle that way, according to the complaint.

Both Jones and his girlfriend were arrested at the scene. He later called his mother from jail and said “I hope she just, just keeps quiet for me, and you know, does what she needs to do,” the complaint states.

The pair later met up after being released from jail, Jones’ girlfriend told police. Jones then got allegedly got angry when she confirmed she told investigators he had been driving.

Jones accused his girlfriend of being “weak” and said she “should have stuck with the plan,” according to the complaint.

“Jones said that things were messed up now and it would be easier if she was the driver because she’s not a felon and they can’t do things to her like they can to him,” the document continues.

Neither Jones nor his girlfriend tried to help the 60-year-old Daniels after the crash, police said. A medical examiner’s report determined he was dragged for up to 150 feet and later died at a hospital, the Journal-Sentinel reported in February.

Jones faces up to 31 years in prison if convicted.