Dramatic footage captures the moment a man clings onto a car bonnet for ‘dear life’ as it heads down a busy road in south London.

In the clip, taken last Thursday at around 2.30pm, the unidentified man hangs on to a silver Land Rover as the driver whizzes along Lower Addiscombe Road in Croydon.

When the 4×4 turns sharply left down a side road, the man, wearing an orange T-shirt, is swung from side to side.

Mark Winter, who lives in the area, captured the incident on two separate occasions within a minute of each other. 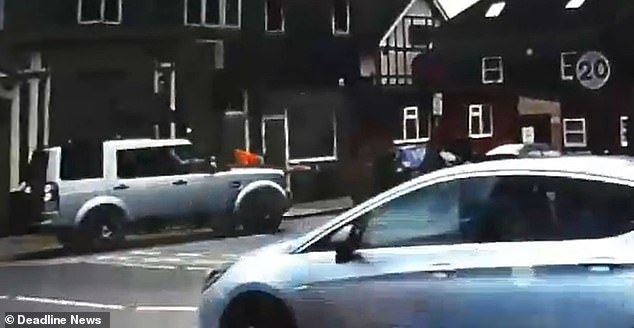 The man, wearing an orange T-shirt, clings on to the Land Rover as it hurtles down a street off Lower Addiscombe Road in Croydon, south London 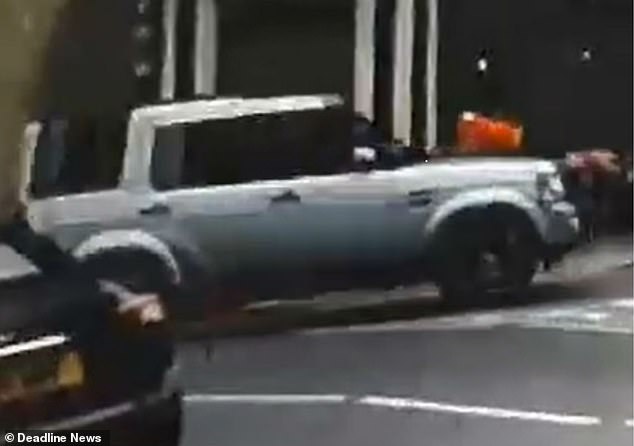 The footage, recorded on dashcam by local resident Mark Winter, shows the 4×4 turning sharply left with the man on the bonnet at around 2.30pm last Thursday

He posted the clip to Facebook on the same day, saying: ‘Caught this on my dashcam. He was holding on for dear life, BMW was following behind.

The video shows Mr Winter approaching a congested junction when he spots the bizarre scene.

The man in the T-shirt lies sprawled on the car as it heads around a bend into a 20mph zone.

It is quickly followed by a silver BMW, which Mr Winter believes was in pursuit of the Land Rover. 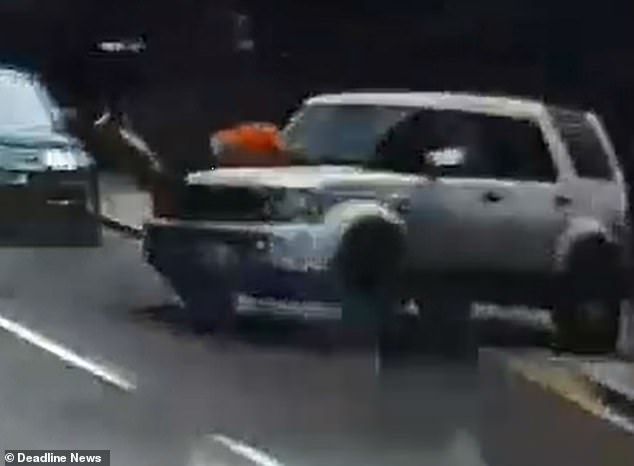 Moments later, the 4×4 re-emerges – still with the unidentified man holding on in the dashcam clip

As Mr Winter then drives slowly down the busy street, the 4×4 appears once again with the man still clinging on, with his legs swept out towards the side of the car.

On that occasion, the Land Rover makes a left turn onto the main road, causing an oncoming car to brake heavily.

Mr Winter said that he reported the incident to the police.

Speaking today, Mr Winter thought the incident was initially a joke between friends.

He said: ‘At first when I saw him come out of the first junction, I thought they were joking around. But when I see it come out the second time, I could see it was not. I was very worried for him.

‘You can see the Land Rover being chased by a silver BMW.’ 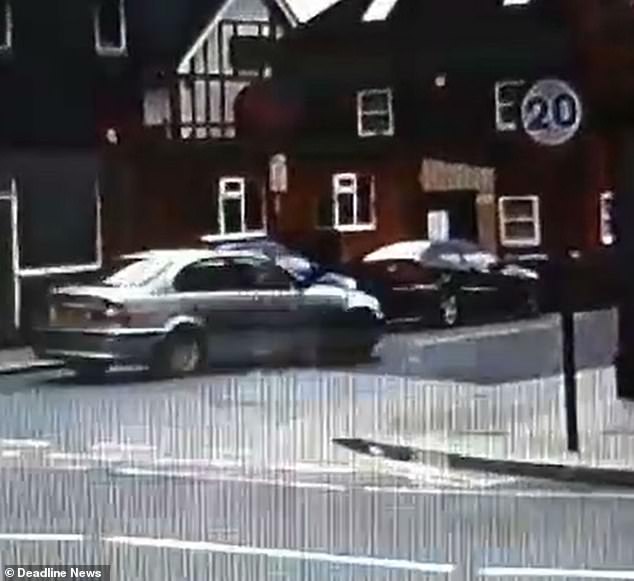