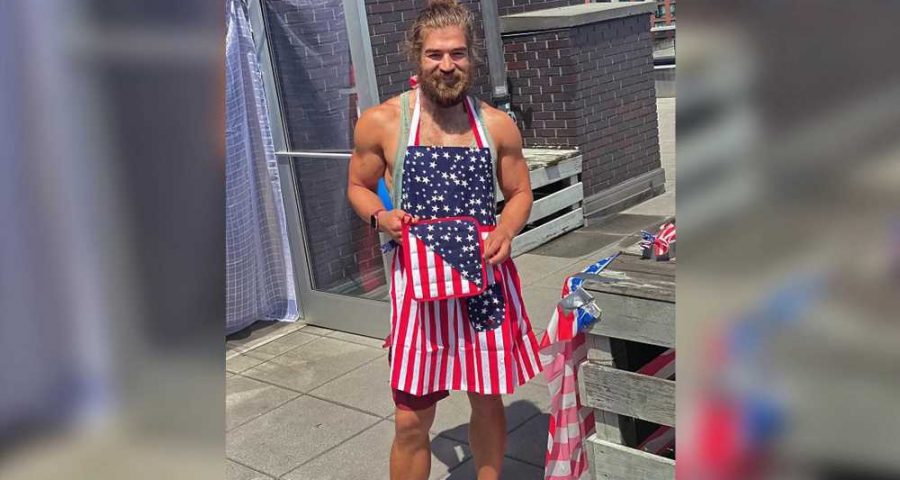 The man who died while chasing a volleyball into the East River may have slammed into a railing — sending him plummeting into the waters, his heartbroken brother and girlfriend told The Post Thursday.

Andrei Romanov, 36, a Google sales engineer, likely didn’t intentionally dive into the river at Domino Park in Williamsburg Wednesday night, according to his brother Mikhail Romanov.

“Perhaps the railing could be extended … Such small changes would certainly would have been worth it if they could have saved his life, given the enormous positive impact he had on so many people,” Mikhail Romanov said.

The sibling believes Andrei Romanov accidentally ran into the railing while diving for the ball — then fell into the waters around 6:40 p.m., with the current swifly sweeping him away.

“He lived his life without hesitations,” said Mikhail Romanov, who was not there on Wednesday night. “Everyone who knew him will always remember the unique and wonderful person he was.”

“He excelled at his job. I think, for most of his friends, we saw him a little bit as a mentor,” she said.

“He always tried to better his friends, took care of everyone,” she said. “[He] would never talk down to anyone, would invite anyone to anything, would make everyone part of the team. A great friend, lover and brother.”

Others described him as the charismatic life of the party.

“He was a paradox. He would take really good care of himself, but the boy liked to party,” said friend and neighbor, Paulette Goto.

“He had the capacity to make a lot of things happen and a lot of people happy,” added longtime friend Moira McComas.

He was taken by EMS to Brooklyn Hospital, where he was pronounced dead.

An autopsy will determine an official cause of death.