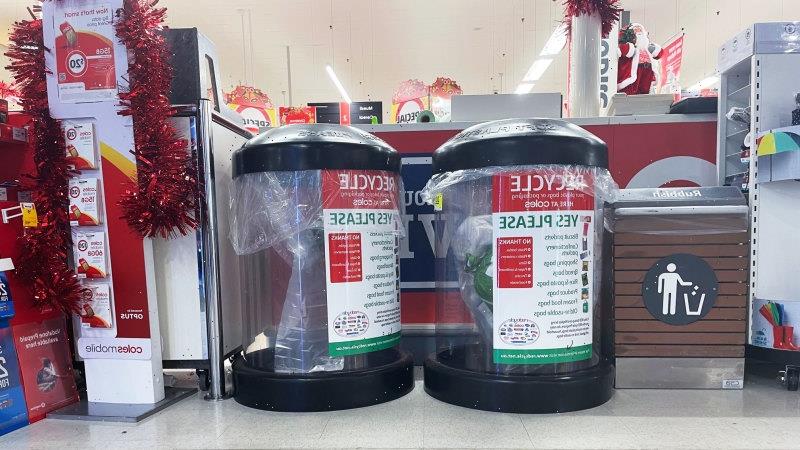 For everyone diligently setting aside their soft plastics so they can be gathered up and left at supermarket drop-off points for recycling, news that the program has been put on hold must be exasperating. Australians have proven they are willing to do the work to recycle their waste, but time and again the systems put in place to make good use of the materials have fallen short.

In this instance, instead of the soft plastics being re-used, REDcycle, the company in charge of the operation, has been secretly stockpiling them in warehouses.

The Melbourne-based company, which claims to collect up to 5 million plastic items a day from public drop-off points at nearly 2000 Coles and Woolworths supermarkets, stated that “several unforeseen challenges, exacerbated by the pandemic” meant that three companies that normally accepted the plastic for recycling were no longer doing so.

The processing problems are expected to continue until mid-2023, which could mean more than 1 billion plastic items – thousands of tonnes – are stockpiled in warehouses.

Every person in Victoria produces about two tonnes of waste a year. How and where that waste goes has become contentious since early 2018, when China put a stop to importing much of our recycled waste.

The collapse of the soft-plastics program is the latest in a series of disasters to hit Australia’s nascent recycling industry. But fundamental to each stumbling block in establishing a viable system has been the imbalance between supply and demand. 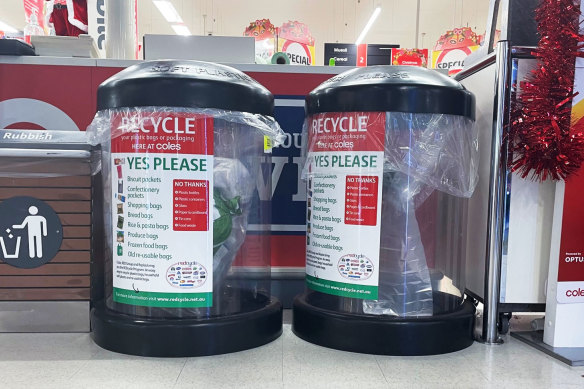 Under the REDcycle scheme, users dropped off soft plastics at collection points at supermarkets across Australia.

In another recent example, some local councils that promised residents they would introduce food waste collections this year, but are now unable to do so because processing facilities for food and garden organics are at capacity and not enough people want to buy the resulting compost.

An Infrastructure Victoria report from 2020 gave the state government a raft of recommendations that highlighted the need for focus on the end-to-end process of recycling.

Its top recommendation was to improve infrastructure for recycling, noting there would be problems with plastic by 2025. But it also stressed there was little point in that investment if there was limited demand for the materials produced.

The report reveals that even countries considered among the world’s best for recycling and reprocessing, such as South Korea with large manufacturing bases, rely heavily on export markets, in particular for plastic composites.

It suggests governments must play a big role in helping to find and develop markets and to improve the price competitiveness of recycled materials.

Since the pandemic took hold in early 2020, many issues that once had the attention of government dropped off the political radar.

Quite rightly, there were more important matters at hand. Recycling was certainly one of those that became less visible.

But as some normality gradually returns, it’s time for issues such as recycling to return to the political agenda.

This is an area where government intervention can play a key role.

And by 2025, governments across Australia have agreed to ensure that all of our packaging should be either reused, recycled or composted – although they are only targets, not mandatory rules with enforceable penalties.

Australians have shown they are willing to change their habits when it comes to waste. We have come a long way from the days of one bin for all of our rubbish.

But as the ending of the soft-plastic program has shown, we have a long way to go.

Michael Bachelard sends an exclusive newsletter to subscribers each week. Sign up to receive his Note from the Editor.