A maskless City Council wannabe forced officials to pull the plug on a Health Department press conference Friday when he crashed the briefing, which was supposed to address efforts to combat a new coronavirus outbreak across a half-dozen Brooklyn and Queens neighborhoods.

Heshy Tischler, a local community activist, screamed at the head of the city’s public hospital system, Dr. Mitchell Katz, and refused to put on a mask or keep six feet away, despite repeated demands from officials.

“He’s lying! When a man lies, he has to be interrupted! You are a liar,” he yelled. “Your reports are lies. You are lying and I won’t allow lies to be given out.”

“Your numbers today are lies. Go ahead, continue to lie, you piece of garbage,” he continued. “You do not belong here. Why are you making a press conference here? Why isn’t it at City Hall?”

Katz repeatedly yelled at him to put on a mask and to keep his distance but to no avail.

“Move away. You are not six feet away. Put on your mask,” Katz yelled back.

Tischler’s tirade continued unabated as he later screamed at Katz, who is Jewish, to “get the hell out of my community, you filthy animal” and described public hospital and Health Department officials as “violent Nazi stormtroopers.”

Officials were eventually forced to pull the plug on the press conference for safety reasons after just 19 minutes.

Tischler’s insults came just two days after Katz revealed his father-in-law died from the dreaded disease in Israel during a City Hall presser as he beseeched the Orthodox communities at the epicenter of several new Big Apple COVID-19 outbreaks to take social distancing rules seriously. 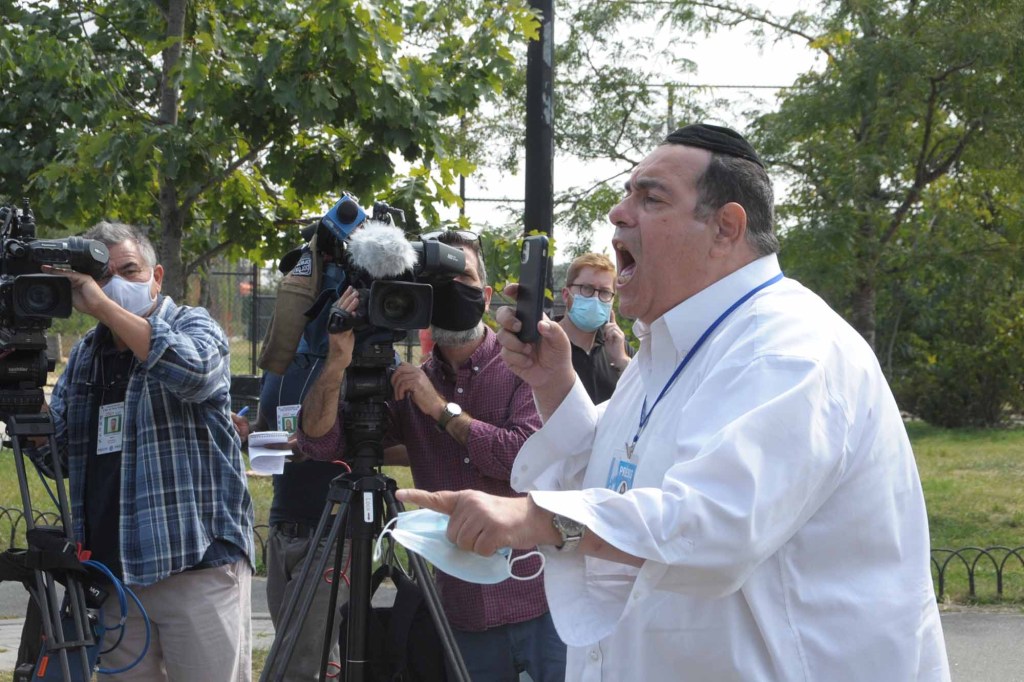 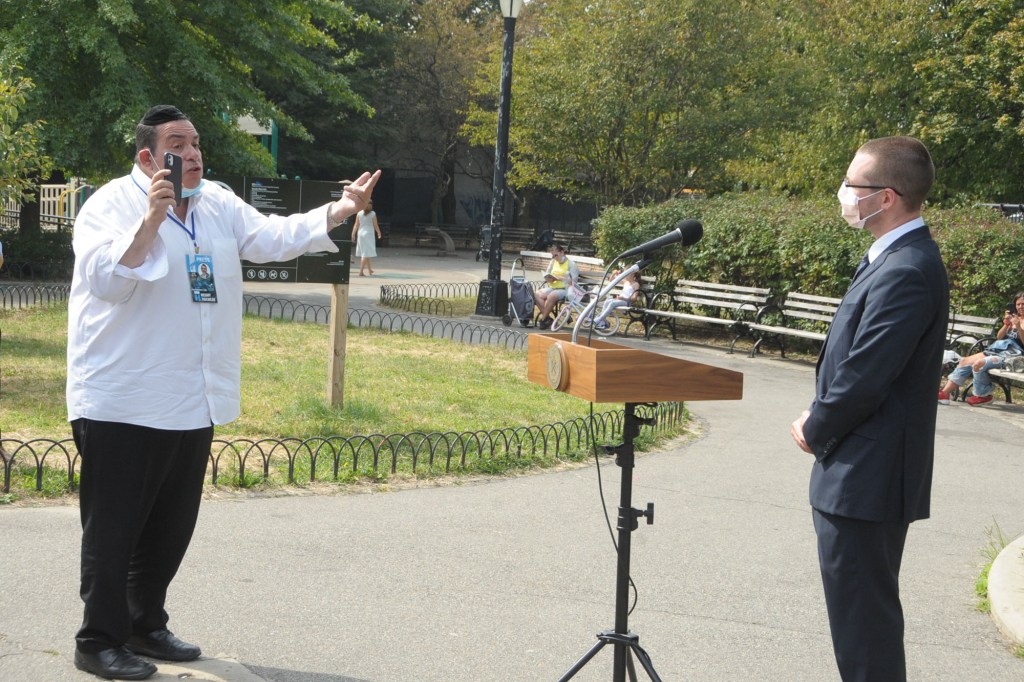 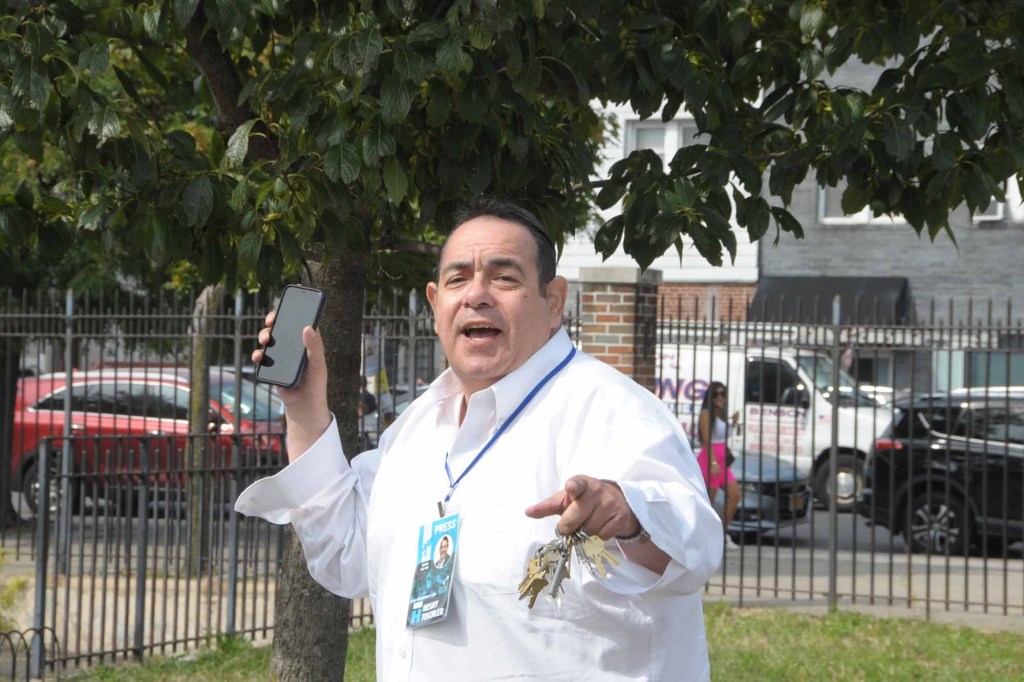