POWER flashes and damaging winds ripped apart homes and businesses as a tornado tore through parts of Texas Wednesday night.

The twister began brewing in Wise County at 9:25pm, hours after weather experts forecasted an outbreak of severe storms and heavy rain. 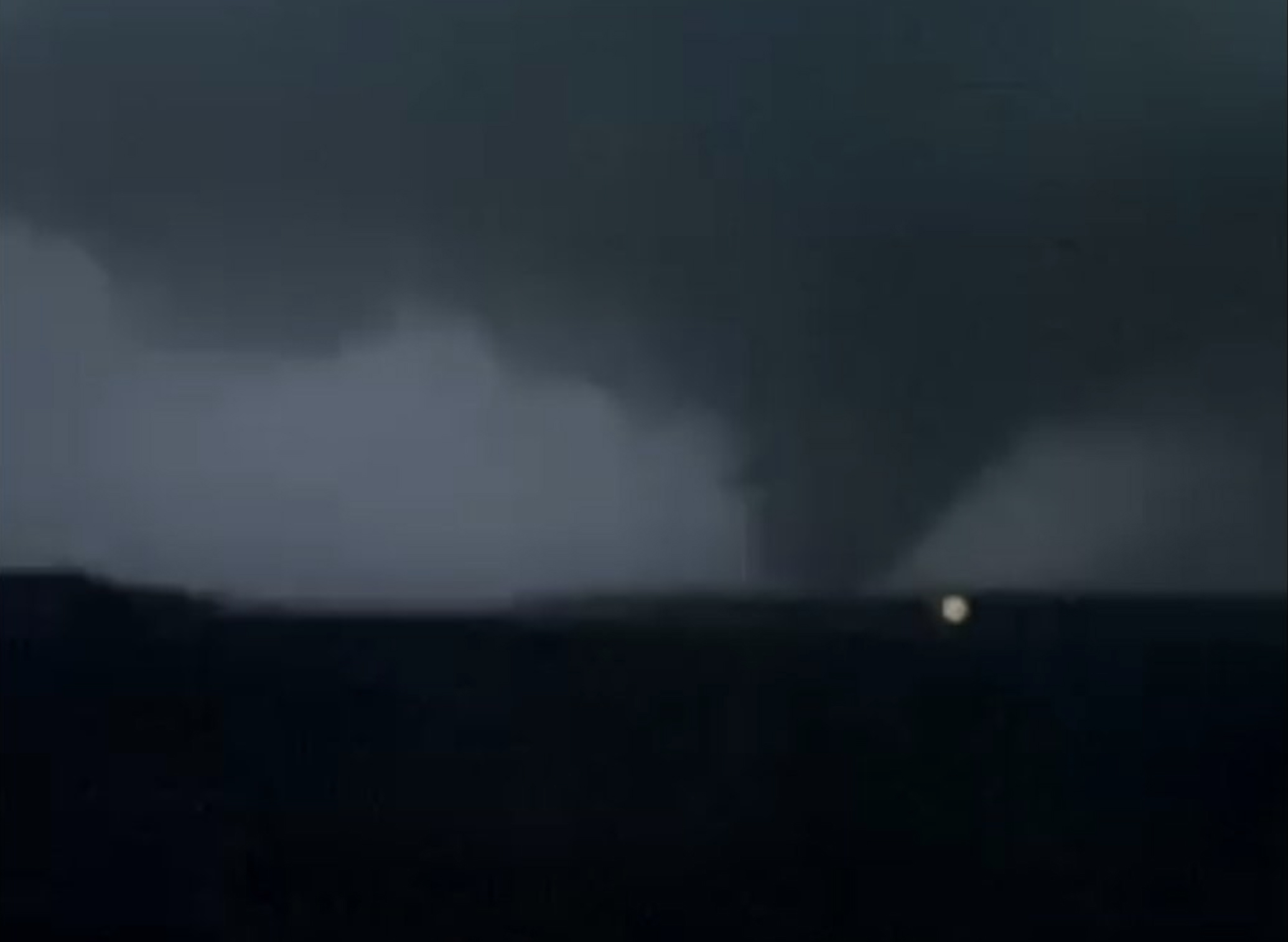 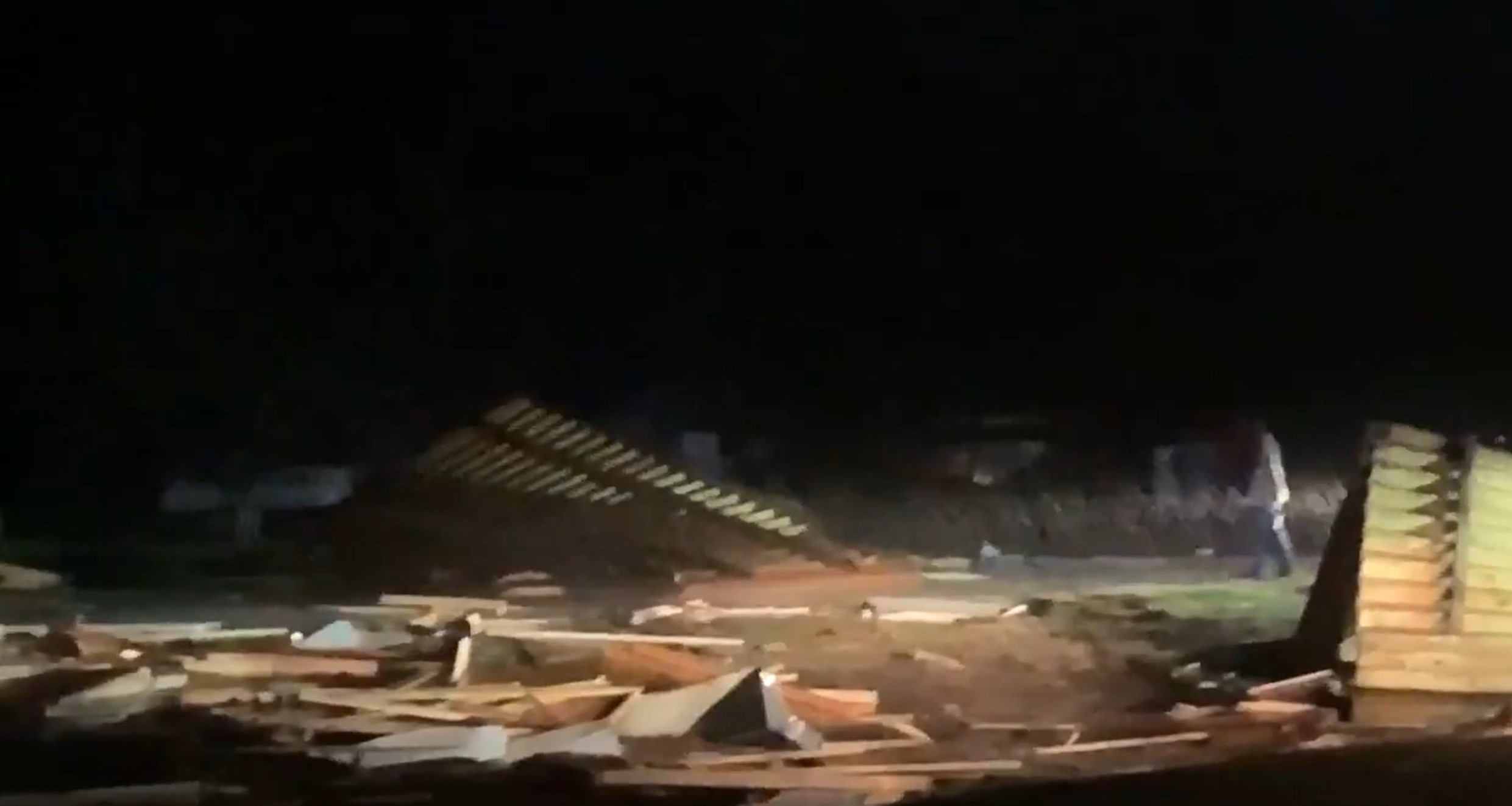 The possibility of Tornadoes were also forecasted for parts of the south earlier that day.

About 20 minutes later, the tornado crossed over a lake before moving into Alford, where emergency officials first confirmed tornado damage to a building just before 10:40pm, WFAA reported.

As the tornado crossed US Highway 287, it stripped away a wall of sheet metal from a welding shop along the road and destroyed several wooden sheds for sale.

Heavy rains caused slick roads and low visibility for drivers, who braved flooded streets as the storm raged on.

Tree limbs were seen strewn on the ground along with pieces of wood in the tornado's aftermath this morning, and raging winds blew the shingles off of roofs. 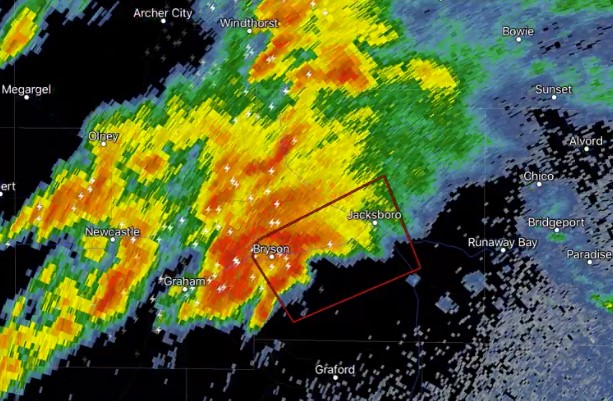 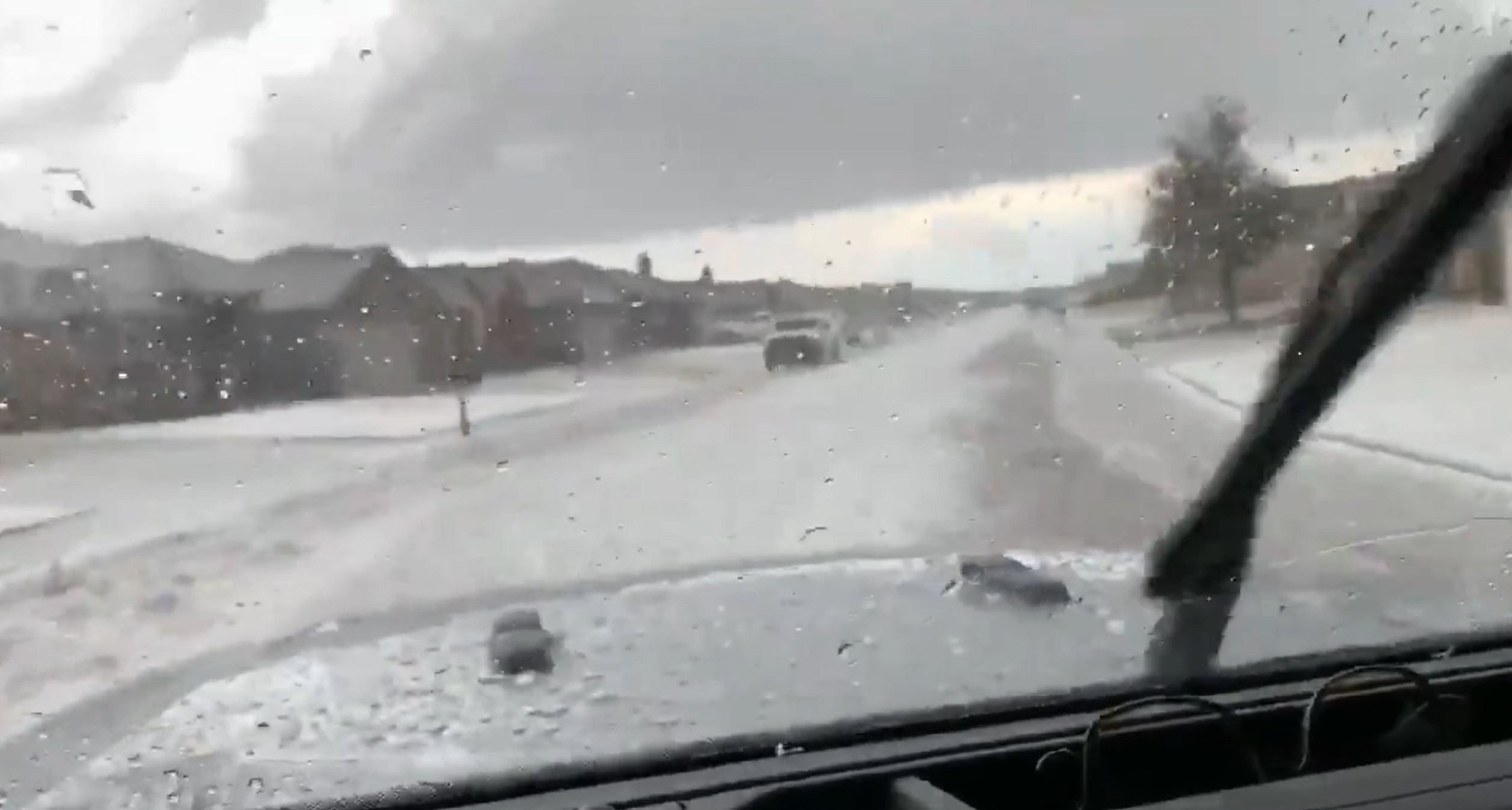 A second, less severe round of storms is expected to pass through North Texas Thursday morning.

Most of the region is still under a flash flood watch until 7pm.

Though North Texas will be spared, AccuWeather meteorologists predict that Thursday will be the greatest risk for tornadoes of the week for much of the midwest, according to USA Today. 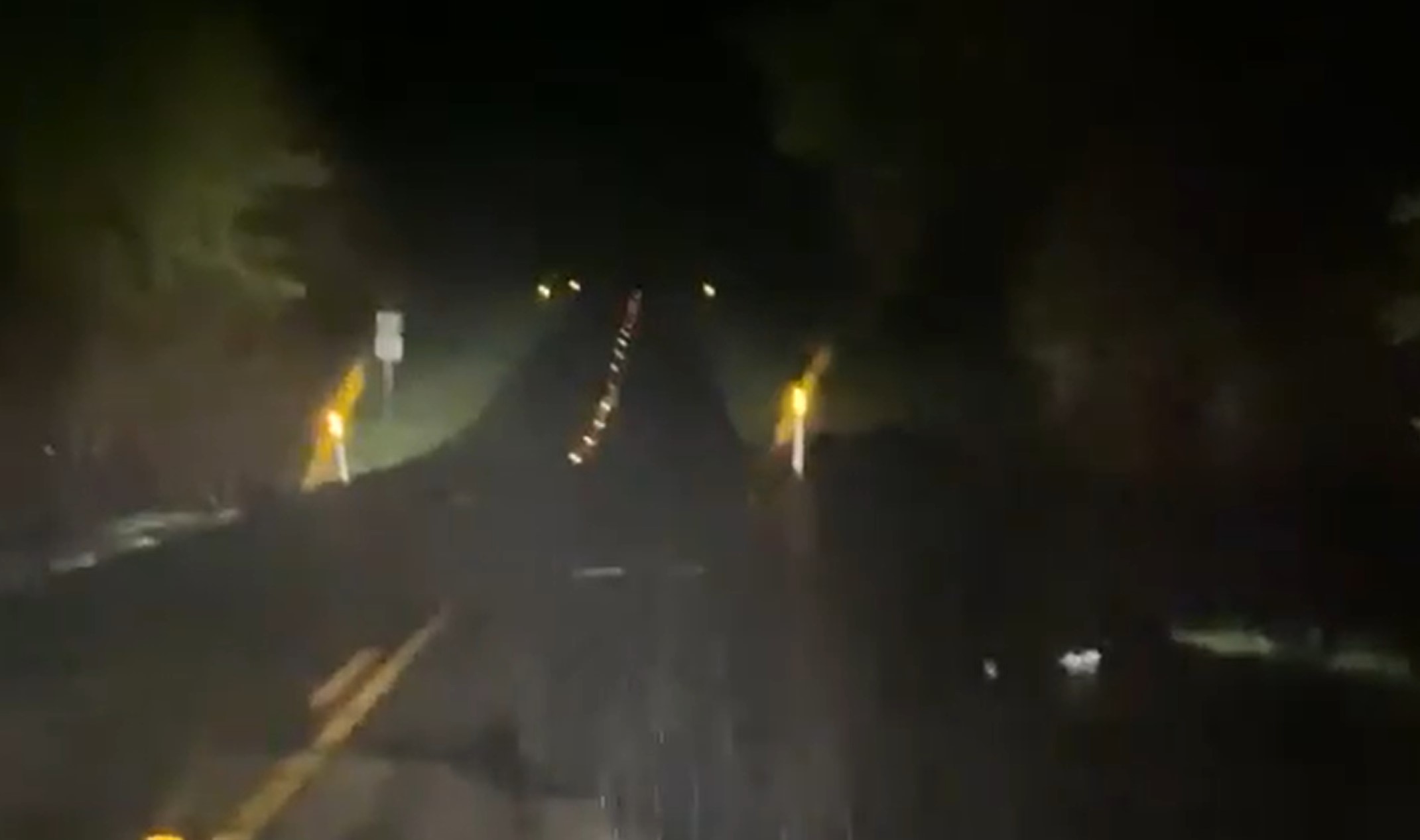 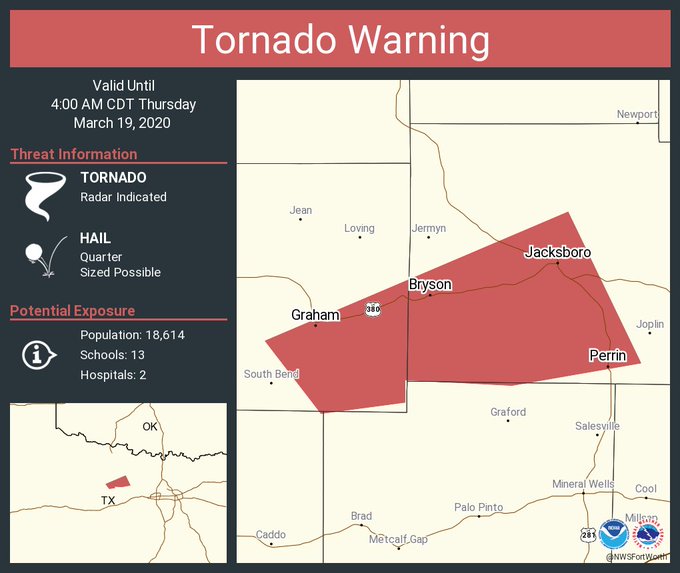