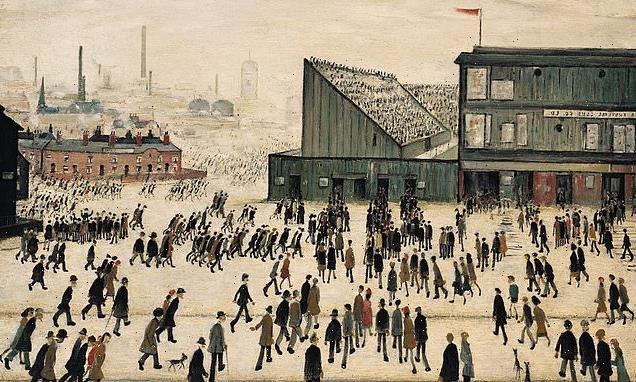 It is one of the best-known paintings by one of our most-loved artists.

Now LS Lowry’s portrayal of crowds of matchstick-like figures streaming into a football stadium is set to break records at auction.

Going To The Match could fetch up to £8million. The 1953 work features Bolton Wanderers’ former ground Burnden Park, near Lowry’s home.

It is being sold at Christie’s in London next month by The Players Foundation charity, which helps footballers cope with financial issues and dementia. 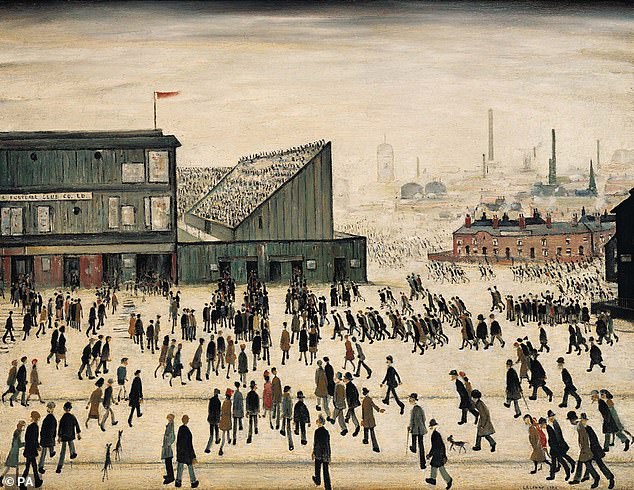 LS Lowry’s portrayal of crowds of matchstick-like figures streaming into a football stadium is set to break records at auction. Going To The Match could fetch up to £8million

Nick Orchard, Head of Modern British & Irish Art, Christie’s said: ‘Lowry mastered a distance in his art that offered him the opportunity to present his viewers with an entire scene unfolding before them, as Pieter Breugel had done before him.

‘He used this displacement to great effect, often allowing people within the crowd to articulate the event itself. There is no greater example of this than Going to the Match.’

The Players Foundation said it had no choice but to sell the painting as it ‘no longer has any income guaranteed’.

A spokesperson said: ‘We want to continue to assist people with dementia and provide benevolent grants to those in real financial need, amongst other things. This has led us to the inevitable decision that the Lowry has to be sold in the interests of our beneficiaries.’

Born in 1887, Lowry was famous for his industrial scenes in the north-west of England in the mid-20th century.

He took private art lessons while working as a rent collector.

The most expensive Lowry’s are his 1949 painting The Football Match and his 1960 work Piccadilly Circus, London which both sold for £5.6 million each in 2011.

Lowry, one of Britain’s best-known painters, was appointed an official artist at the Coronation of Elizabeth II in 1953.

Going to the Match will be unveiled in Christie’s Dubai office on Thursday before heading to London ahead of the auction on October 19.