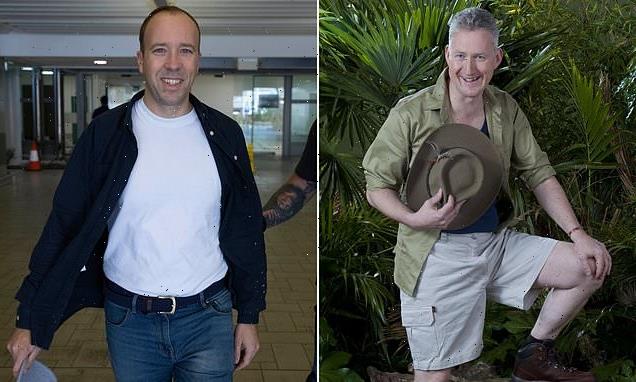 Matt Hancock is ‘looking for a change of career’ by entering I’m A Celebrity and is NOT motivated by massive pay cheque, jungle veteran Lembit Opik says

Matt Hancock is looking for a change of career by entering I’m A Celebrity Get Me Out Of Here! and is not motivated by a massive pay cheque, jungle veteran Lembit Opik has said.

Mr Opik, who starred in the ITV show in 2010, said that he doesn’t think the rumoured £400,000 appearance fee is the former health secretary’s ‘main motivation’.

Mr Hancock, who has recently filmed Celebrity SAS: Who Dares Wins, will star in both the ITV and Channel 4 reality TV shows.

‘I think he’s probably doing a career change here. If not, it’ll probably be changed for him anyway now. 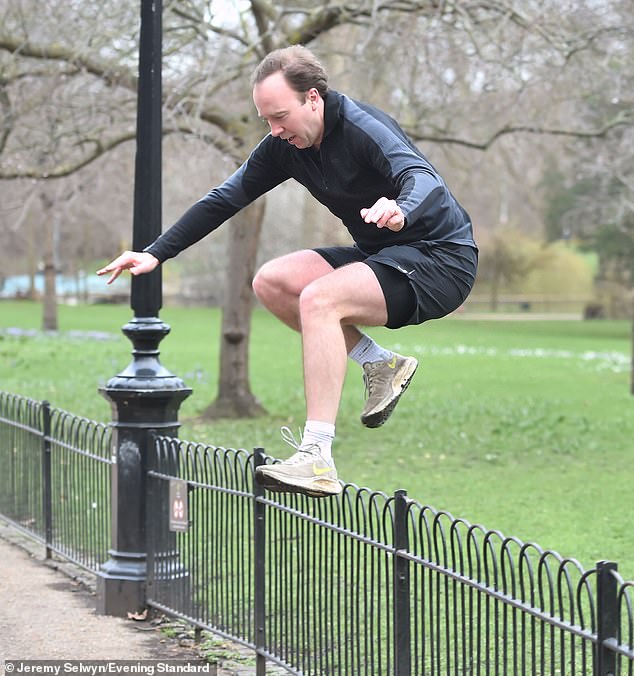 Mr Hancock jumping while going on a run. He is looking for a change in career by joining I’m A Celebrity, jungle veteran Lembit Opik has said 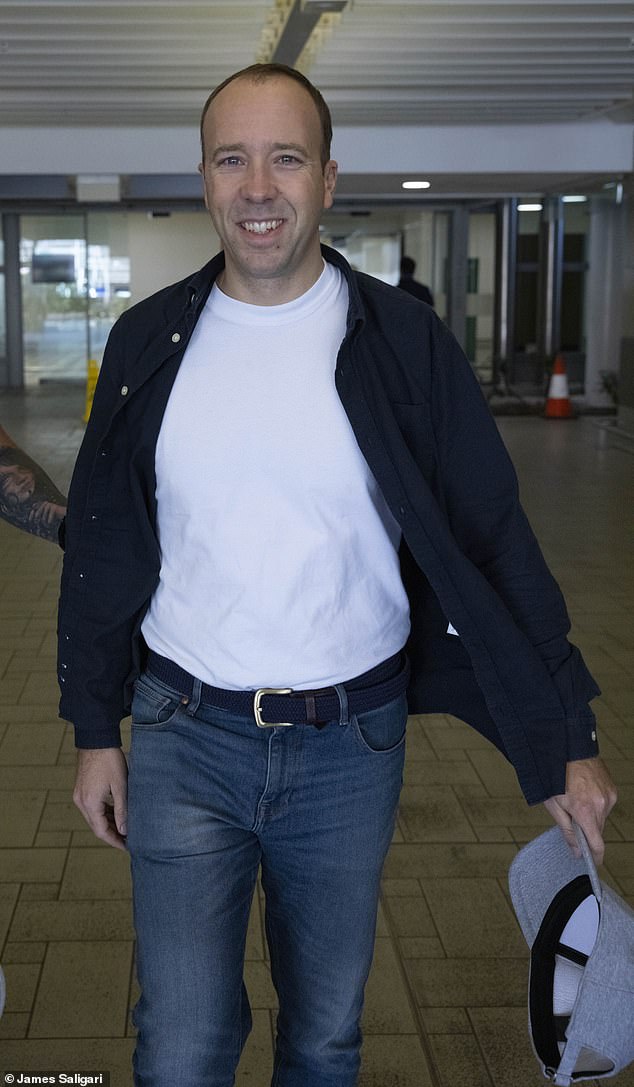 The ex-Health Secretary, pictured in Brisbane, was kicked out of the parliamentary Tory party

Politicians who have entered the I’m A Celebrity jungle

Nadine Dorries took part in I’m A Celebrity in 2012, the first sitting MP to appear on the show, but was suspended by the Conservative Party for her appearance.

She later apologised to the House of Commons over the fee she was paid for appearing in the popular programme, which saw her become the first contestant voted out of the jungle by the public.

She later went on to become a Cabinet minister in Boris Johnson’s government.

Edwina Currie, the Conservative MP for South Derbyshire from 1983 until 1997, entered the jungle during the 2014 series.

The 76-year-old, who also appeared on Strictly Come Dancing in 2011, finished fourth in the competition, but not before becoming involved in a couple of heated situations.

During the series, Ms Currie found herself in a number of bust-ups with her fellow campmate, American reality star Kendra Wilkinson, and memorably shocked the other contestants with her prolonged shouting of ‘Mel’ in an attempt to get the attention of campmate Melanie Sykes.

The father of former prime minister Boris Johnson formed an unlikely friendship with Made In Chelsea star Georgia ‘Toff’ Toffolo, who went on to be crowned Queen of the Jungle that year.

After meeting on the show, 82-year-old Mr Johnson, and Miss Toffolo, 28, went on to star in a number of other reality shows together, including Celebrity Hunted and Celebrity Antiques Road Trip.

In 2010, former MP Lembit Opik became the second campmate to be voted off I’m A Celebrity.

The Liberal Democrat survived for two weeks in the Australian jungle, during which time he was bitten by a snake while completing a task.

The 57-year-old has also appeared in celebrity versions of The Apprentice and Come Dine With Me.

Former Labour MP and MEP Robert Kilroy-Silk had an unsuccessful stint in the I’m A Celebrity jungle in 2008.

The ex-chat show host survived just 12 days in the jungle after going up against former Metropolitan Police deputy assistant commissioner Brian Paddick in the public vote.

The former Scottish Labour leader made an appearance in the jungle in 2017 – joining Conservative MEP Mr Johnson.

After being eliminated second, Ms Dugdale, 41, admitted she knew her appearance was a ‘political gamble’ but said she wanted to tackle the ‘myth’ that all politicians are ‘old, white, male, pale and stale’.

She was initially denied permission by political bosses to take part but did not ultimately face suspension from the party.

‘He’s going to get voted in for lots of trials and so on, and I think as long as he doesn’t seem arrogant or indignant about the way he’s been treated by the media before, he might come across quite well.

‘He couldn’t be more unpopular than he is, so he’s either going to come out as unpopular — or more popular. It’s a no lose situation for him in that sense.

‘Let’s remember Nadine Dorries went in there, and she went on to be cabinet minister. So he might, not having seen any of this media corollary, really think that he’s got a future in politics, but I doubt that’s his agenda.’

The father-of-three has been accused of ‘cashing in’ on the pandemic by families affected by Covid who believe he only signed up for the reported £400,000 fee.

Mr Hancock is not expected to enter the jungle with the initial group of 10 contestants when the show launches tonight at 9pm.

Mr Opik countered criticism of Mr Hancock, 44, for going on the show, comparing the former Tory’s time away from his constituency to Boris Johnson’s holidays over the summer.

The 57-year-old said: ‘Should MPs be allowed to do second jobs or not?

‘If he’d gone for three weeks on holiday to the north of England, or to Barbados, like Boris Johnson did, and then have to fly back to try to become leader, people would take a different view and this is the problem I’ve got.

‘There’s no principle objection to being in a reality show, Vince Cable got loads of praise for doing a cameo on Strictly Come Dancing.

‘The one big question is… they’re actually out of communication for those three weeks, that’s what makes this a bit different.

‘But if you took your family as an MP on holiday for four weeks in Australia, in principle it’s pretty similar.’

He said taking the role on I’m A Celebrity is ‘essentially a second job’.

‘But if you add up the amount of time that lots of politicians or barristers and lawyers take out of their parliamentary  year to make a ton on money on the side, let’s face it, Keir Starmer was in hot water doing that and not preparing it properly, and Boris Johnson has also made hundreds of thousands.

‘But then you can actually see it in a different way.

The difference — it’s very public, Matt Hancock’s a very controversial character, and it’s all bunched up into three weeks instead of a proper year, so I think there’s an awful lot of dogs and mangers here.

‘Where people say “oh he shouldn’t be doing that”, well okay, add up the number of days that you’re doing work outside Parliament.

‘The difference is that you’ve become incommunicado in the jungle for a maximum of 23 days.

‘And he’s got a break clause, which says if there’s an emergency he’ll get hauled out of the jungle — I think that’s fair enough.’

The former Health Secretary, 44, filmed Celebrity SAS in Thailand while the Tory conference was on in September.

Although it was filmed first, the Channel 4 show will air after ITV’s I’m A Celebrity.

The deal has reportedly not fared well with Channel 4 chiefs, who agreed to the former health secretary’s request to remove a clause from his contract preventing him appearing in any similar reality show.

But it is alleged that Channel 4 was told this was for ‘parliamentary reasons’.

Now sources on Celebrity SAS, which will be shown next year, say that they have been left with ‘sloppy seconds’, despite paying Mr Hancock up to £40,000.

One said: ‘Channel 4 and the production company that makes Celebrity SAS are raging about this. They trusted that Matt wouldn’t take part in any other programmes, so agreed to remove the clause.

‘It means Matt hasn’t breached any contract but it has caused total uproar at Channel 4.

‘They thought they had a coup but ITV put a spanner in the works.’

‘Obviously no one working on SAS is impressed as it really takes away from their show and it looks like they signed him after I’m A Celebrity – which isn’t true.’

‘Everyone is pretty angry about what has gone on and it’s not the best move Matt could have made.’ 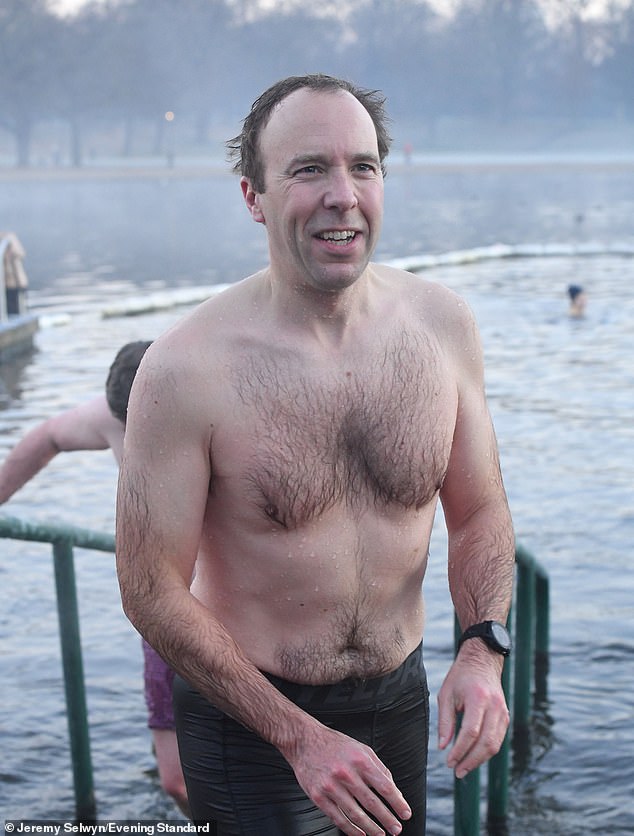 Last week Mr Hancock’s controversial booking on I’m A Celebrity was defended by ITV bosses, who maintain that contestants are plucked ‘from all walks of life.’

He said: ‘It’s always an individual’s choice to come into camp and at any point a celebrity can say I’m A Celebrity… Get Me Out of Here!

‘It doesn’t matter who they are, what their past is, what their history is, once you get an ensemble cast in here you never know how everybody is going to gel so it’s a really hard question to answer.

‘It’s always great to have a good ensemble cast – that’s really the basis of putting everybody together. We cast people from all walks of life and always have done.

‘We have politicians going back years. You never know when they get in what they’re going to do.’

The MP for West Suffolk had the Tory whip removed following the announcement of his decision to go on the hit reality TV show, and stated that he had no expectations of returning to government.

A spokesperson for Matt Hancock previously told MailOnline said: ‘Matt will be making a donation to St Nicholas Hospice in Suffolk and causes supporting dyslexia off the back of his appearance.

‘He will also declare the amount he receives from the show to Parliament to ensure complete transparency, as normal.’